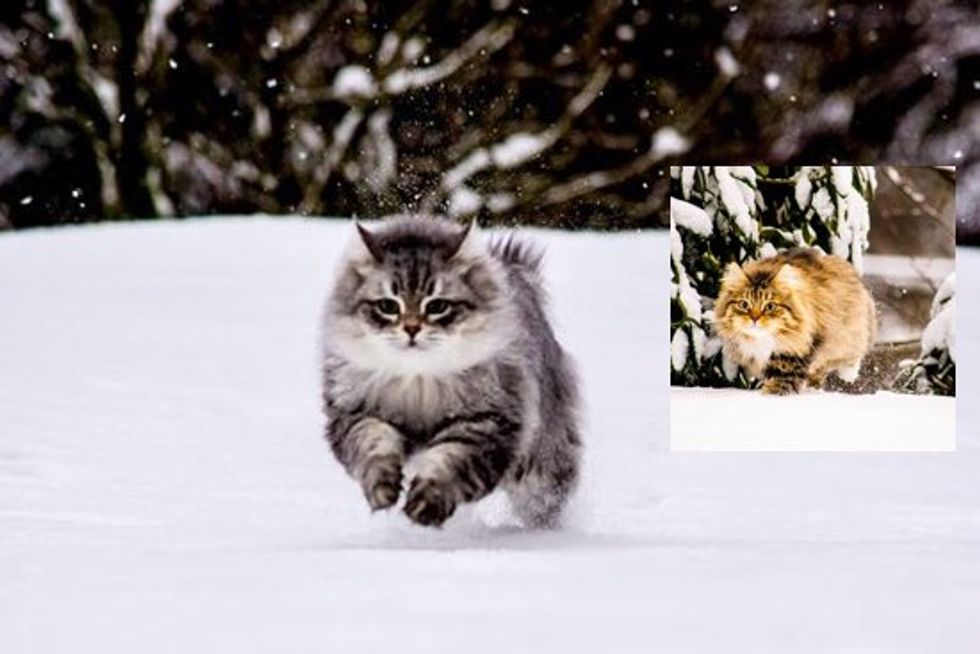 Siberian Forest Cats Rescued by A Couple, Now Play With Snow for the First Time

Meet Amy and Merlin, two beautiful fluffy Siberian forest cats playing in the snow for the first time at their new home in Baden Württemberg, Germany.

They were found in Puerto del Rosario by Barbara Forberger and her husband when they were on their Canary Islands trip. The kitties followed them around and even into their apartment. When the couple went to the city, they saw the cats again roaming around, so they decided to take them home to Germany. (reddit)

They named them Amy (gray) and Merlin (ginger). As soon as they saw the snow, they started running around, chasing the snowflakes, and displaying their majestic nature.

Amy the Siberian forest cat rescued in Puerto del Rosario by a couple traveling in the area.

Merlin from the same colony as Amy. They strayed into their humans' hearts and followed them home to Germany.

This is Amy seeing snow for the first time in Germany. She's loving it!

Fearless Merlin prancing through the snow.

Amy blending into the white snow.

After a long day of playing, the two snuggle up for a nap.

Happy and loved. It's going to be a good year ahead of them.