When this cat sets his mind to do something, he won't give up.

His humans just installed a new swing in their living room, and Maru the cat was determined to jump on it without any help. 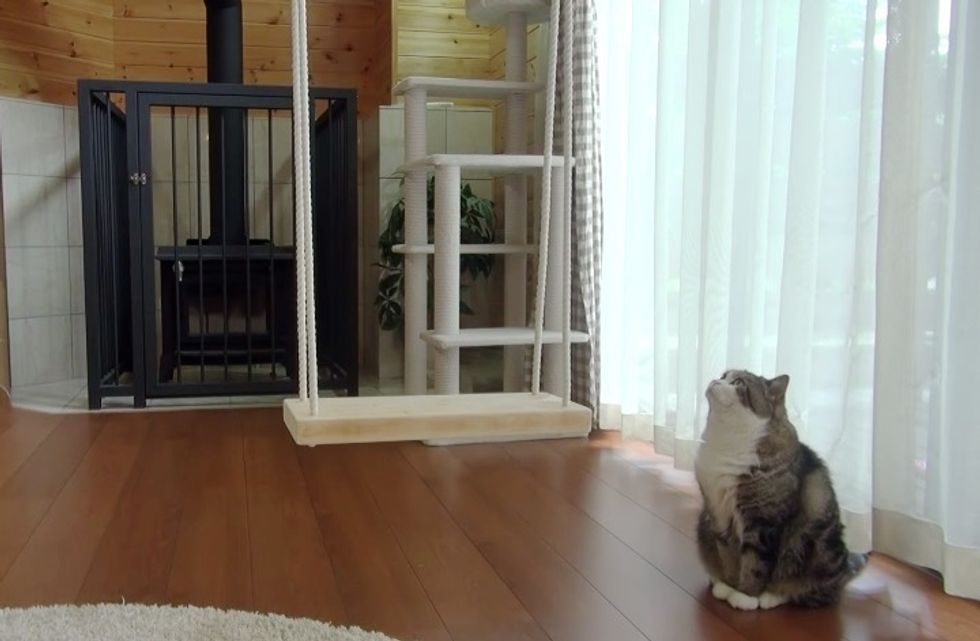 This smart kitty from Japan has always had a mind of his own. After he discovered the swing, it didn't take long for him to figure out how to use it.

First, he placed his paws on the seat of the swing, and it began to move. Marveled by its mechanics, Maru scaled the apparatus up and down, trying to make out its physics. We can only imagine what goes on in his amazing little brain.

After a few attempts to jump on the seat, Maru realized this might take a few practice. He turned to the smaller edge of the swing where the strings were connected. The space was just snug enough for Maru to get good enough leverage to hop on.

A few more tries later, Maru was getting closer and closer to success.

Watch the full video here. He looks so majestic at the end!