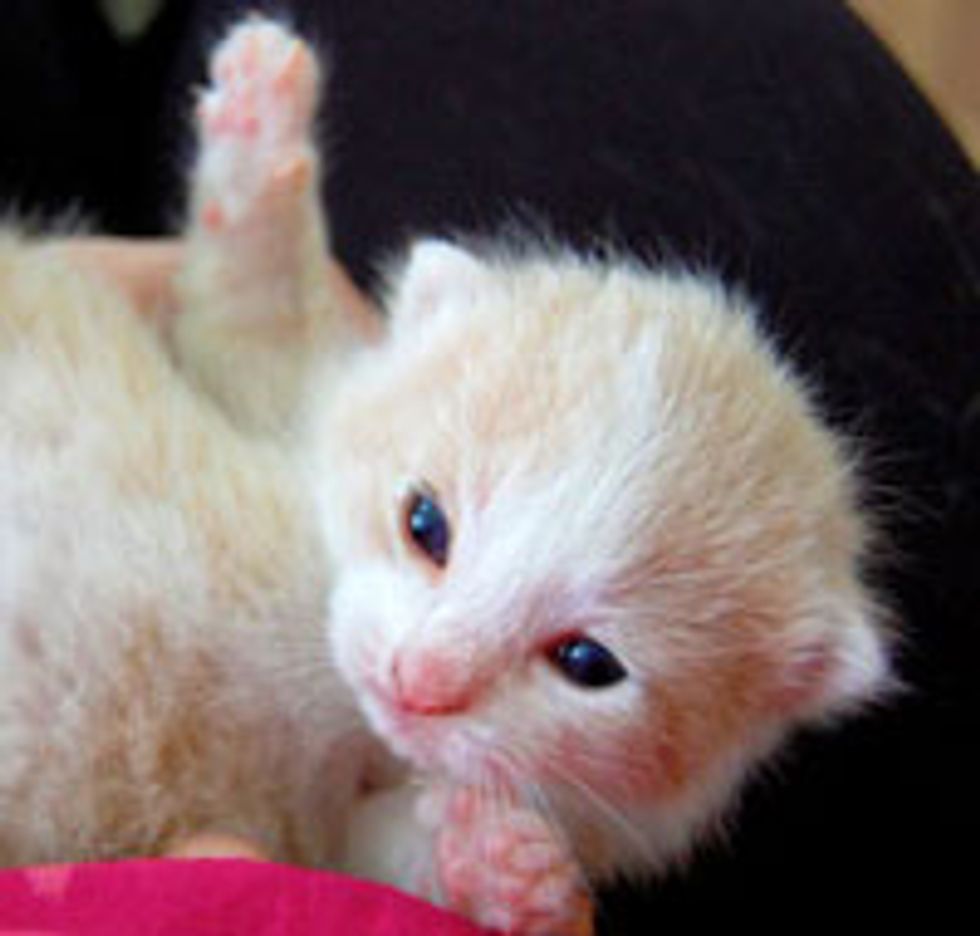 Little Snugglemuffin was rescued and brought to a shelter in Long Island, New York. "I thought I would just pop into the shelter for a bit today to say hi, and photograph a few animals, and I ended up staying there all afternoon because of this little guy. The owner of the shelter rescued him from an abandoned house which wasn't shut properly when it was abandoned so feral cats have been using it as a den," says Anna, an animal rescuer for Save A Pet.

Anna named him Snugglemuffin because he "was rescued from a closet where he was crying, all alone."

"I just couldn't leave him shivering in his huge carrier, so when Dori (a rescuer) brought him into the shelter I held him, bottle-fed him and kept him company until his foster mother came to pick him up. And I made up his carrier with a cushy cat bed, a clean towel and a toy to play with," Anna writes on her flickr.

Snugglemuffin was only about 2-3 weeks old at the time, but he was doing well and very determined. He made it through and eventually found a forever loving home with help from the shelter.

"Snugglemuffin is all grown up now. Getting the word out about adoption is so important with kitten season here again," says Anna.

If you live in Long Island, New York, feel free to visit Save A Pet, a no kill shelter. There are many kitties like Snugglemuffin still waiting for their forever homes.