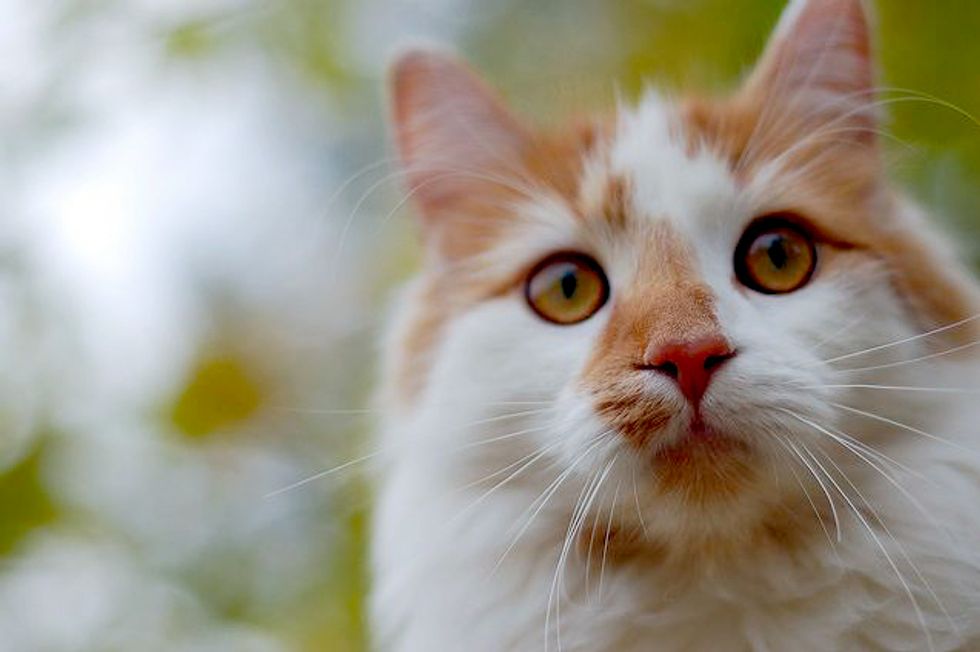 Steve the Ginger and White Cutie

Theresa was ready to add another addition to her family. "A woman I work with was looking for new homes for a litter of kittens." When Theresa saw Steve, she immediately fell in love.

Steve is a lovable, cuddly kitty who never runs out of energy when it comes to time to play. He loves climbing stairs and sometimes falls asleep on the stairs in the middle of playing. He is an affectionate little boy who loves to hang out with his mom at night. Everyone loves and spoils him as if the world revolves around him.

"This summer, he became very ill, and we almost lost him. But with excellent care, he was able to rebound quickly! We still don't know what he was sick with, but we are still so grateful he pulled through. I would have missed his purrs in the middle of the night," said Theresa.

Because of Steve's illness, they had to visit an after-hours vet clinic. They did whatever it took to help their little boy to get better. "We have renamed him Plasma, after the TV we would've bought if not for his vet bill. We love Steve very much and it was all worth it."