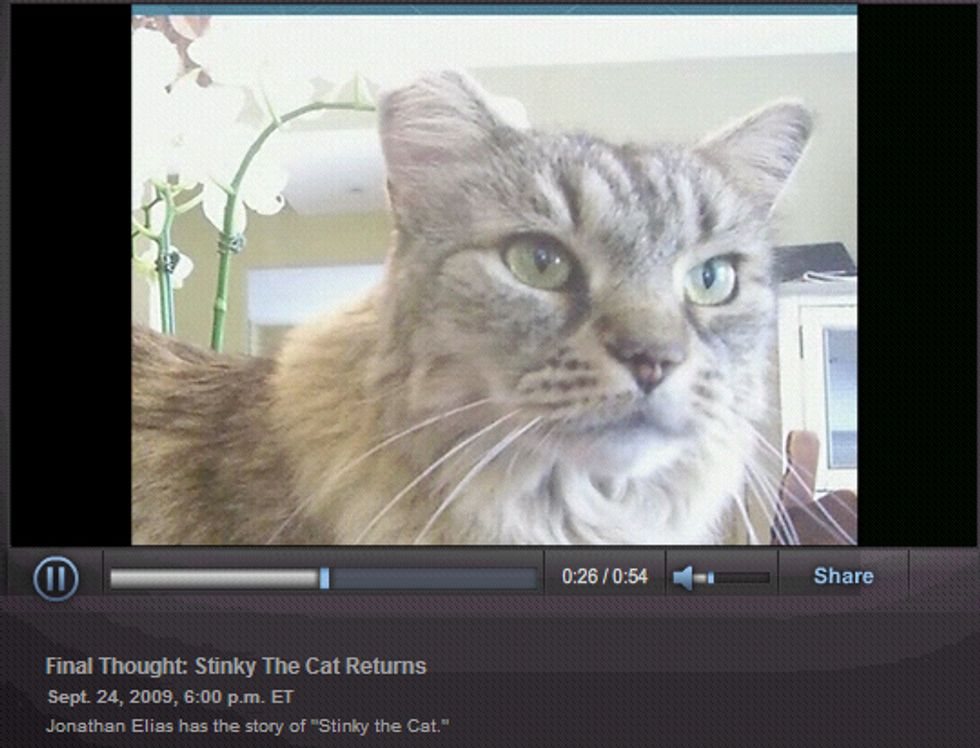 Stinky, the Cat with 8 Lives

Stinky aka Evander Rucki, a mixed Maine Coon who was in the 2009 Winchester High School Yearbook, went missing on July 28. After a long period of intensive search both online and offline, the owner Sally Rucki thought Evander was dead after they found a cat who closely matched Evander's description. Sally gave the cat a proper burial and grieved over the loss of her special feline friend.

What she didn't expect is earlier this week, Sally recieved a phone call from a woman from Medford, Oregan, saying she might have her cat after reading Evander's story and seeing pictures of him online.

Sally was in disbelief because she thought she had buried her cat. With hopes of a miracle, the woman sent Sally two pictures of the cat she had homed for nearly a month. After seeing the second photo, Sally became more and more assured that the cat was indeed her Evander.

Evander was found really ill lying on the roadside street for 5 days without food and water. A man eventually contacted the Animal Control and several animal shelters, hoping someone could take him in. Evander was then rescued and recovered quickly after being treated by the vet.

Evander is now back to where he belongs. Sally is extremely grateful for all the online coverage the Winchester High School has built for Evander. It eventually led the person who found the cat to have him returned.