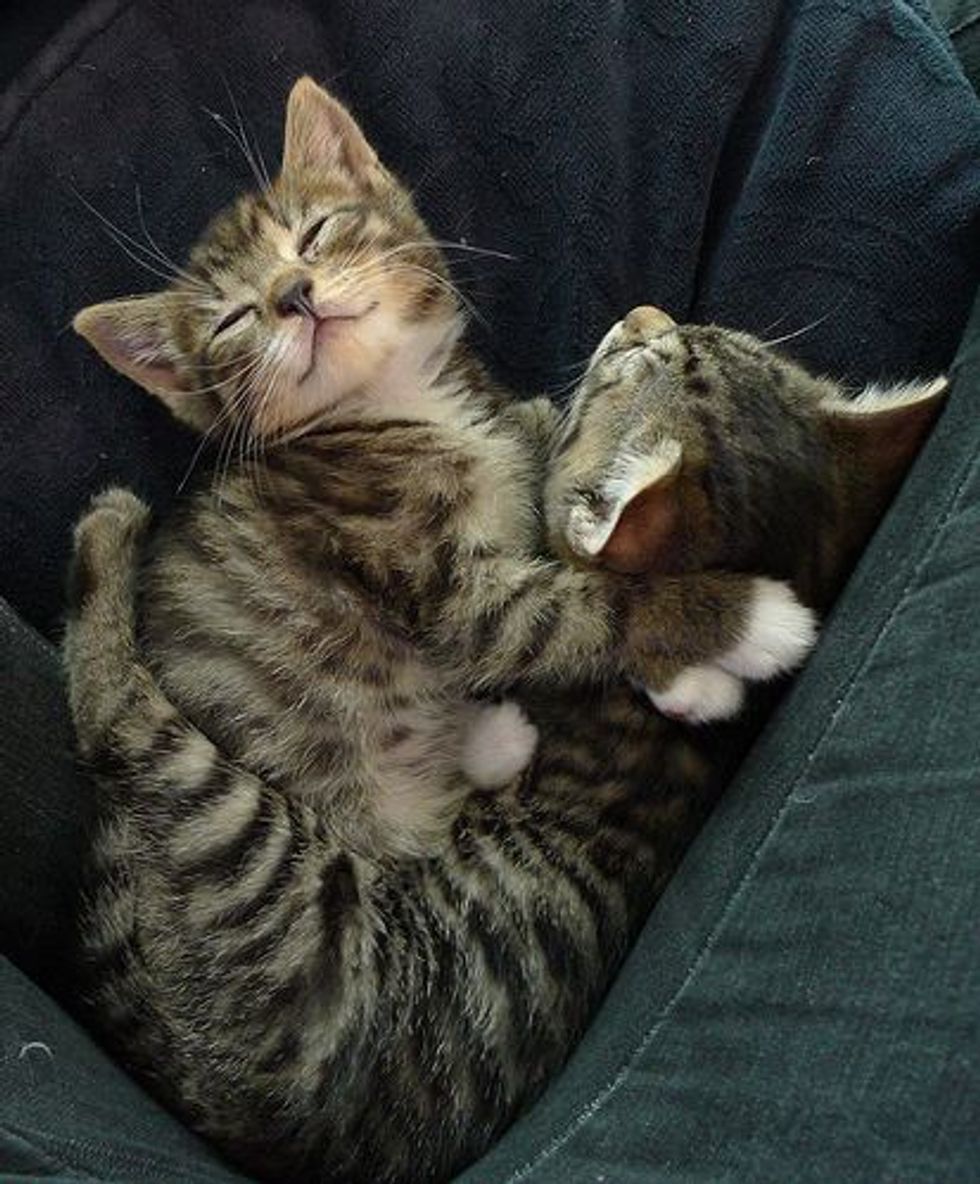 Story of Arthur and Edie the Tabby Rescues

My husband Barry and I adopted Arthur and Edie from Drifter's Reach Cat Refuge in Newcastle-upon-Tyne, UK. On 12th July 2010 (our second wedding anniversary!), we went to the shelter and we were shown a litter of four six week old tabby kittens, two boys and two girls. They had been brought in with their mother when they were just a few days old. Their mother hadn't been able to feed them properly because she had mastitis, so they were a bit underweight and the people at the shelter had been bottle-feeding them.

Two of the kittens stood out for us - a little girl who climbed all over us like a monkey, and the smaller of the two boys, who had cute little white paws and an even cuter face. They clung to our jackets and mewed with tiny reedy voices. And the little boy had a slight eye infection so it looked almost as if he was crying! I was practically in tears myself and we just knew we had to give them a home.

When we picked the kittens up a couple of weeks later, the adventure began! They were bigger, but still TINY! We named them after Arthur Russell, the late musician, and Edie Sedgwick, Warhol's muse. Their very different personalities soon became apparent, with Edie being the more daring of the two, but more socially reserved, and Arthur the comical, clumsy little brother.

We bonded very quickly and they've been my constant companions ever since. If I go to the bathroom, leaving them sleeping peacefully downstairs, without fail they are always waiting outside the door when I emerge. And if I take a bath - god forbid - they try to batter the door down! We go to sleep together at night and they wake me up in the morning. Even Barry - formerly more of a dog person - has been completely won over by their mischievous characters and extreme cuteness. He says he could never go back to dogs now!

Edie is quite a typical cat in most ways - graceful, classy, statuesque. She is very sweet-natured, but also fairly independent and happy to spend most of her time lounging on the cat tree or batting a foam ball about. Arthur, however, is like a little stripey dog that purrs at the slightest bit of contact or attention. We feel very blessed to have two such different, wonderful, funny and loving little creatures with whom to share our home and our lives.