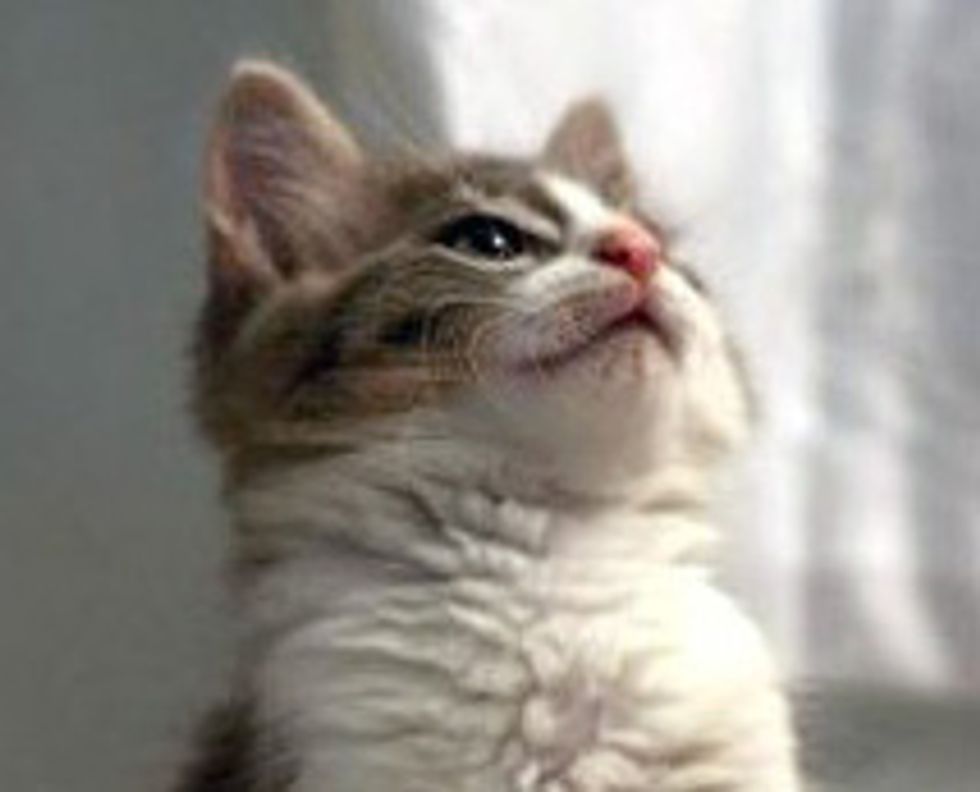 Story of Targhee the Lovable Kitty

Written by ©Liz(flickr: C and LB).

Courtney travels a lot for work and it gets lonely coming home to an empty apartment. He and I discussed getting a pet so that I could have some company in the evenings when he was away. We wanted a dog and thought hard about what kind of dog we could get. Ultimately, we decided a cat was MUCH better. Courtney grew up with cats and I was allergic. Not the best situation, but I was bound and determined to overcome the allergies!

I took to the internet and saw kittens looking for homes in Providence, RI, about 50 miles away. I made arrangements to go to Providence and pick one out. I arrived and knew which one I wanted immediately. The fluffiest gray and white kitty I've ever seen immediately caught my heart. I brought a box with a blanket for the ride home but the little one was having none of it! He meowed and cried from the minute the car started till we stopped at his new home. A little ways into the ride, he crawled up on top of my shoulder and cried as the trees and traffic passed by.

I got the little guy home and Courtney was immediately in love as well. We discussed names for only a few minutes before settling on one, Targhee (Targ - ee). Targhee was named after a ski resort in Wyoming; the perfect name for two passionate winter athletes.

Targhee is the sweetest, most lovable cat either of us have ever been around. He purrs loud and long just as soon as you pet him. He loves to be held. When Courtney gets home from work, he greets him at the door, talking up a storm. He wants to be held and that is just what Courtney does. He carries Targhee around the house like an American football, doing chores with his free hand. We got a kitten carrier a few days after he came to live with us. He loved that thing. He would play in it and hide in it. He loved it so much, it was heartbreaking to see him try to get in it when he finally got too big.

Targhee has the softest, fluffiest fur and is so cuddly. As he's gotten older he's continued to be loving and super talkative. He meow's whenever and wherever.

Targhee first had to share the house with a great big Pit Bull for a couple of weeks. We were dog sitting for a friend. It was nerve wracking at first. But the sweet tempered dog, Oli, just patiently waited until Targhee's fears were abated. Eventually the two played and chased each other around the house. Unfortunately Oli had to move away to Washington D.C. with his mommy, so Targhee doesn't get visits anymore.

When we introduced Alta, our new kitty, (so Targhee could have a friend to play with), Targhee was none too happy. He hissed and growled and swatted at the little ball of fluff. But, like the doggy before, he eventually got used to this intruder in his home. Now they're the best of friends. They play and chase each other around the house and much of the time, you'll find them cuddling together. That is, until recently. For Christmas, the boys got a new pet carrier. A fancy, cushy travel bag. Targhee fell in love with this bag. Now, anytime he is nowhere to be found, even money says he's camped out in that cozy carrier sleeping away the day. At least, until Alta comes to play!