Stray Cat Brings Her Babies to Campers who Gave Her Food.. (with updates)

A father and son were out on a camping trip but came home with four others that purr. 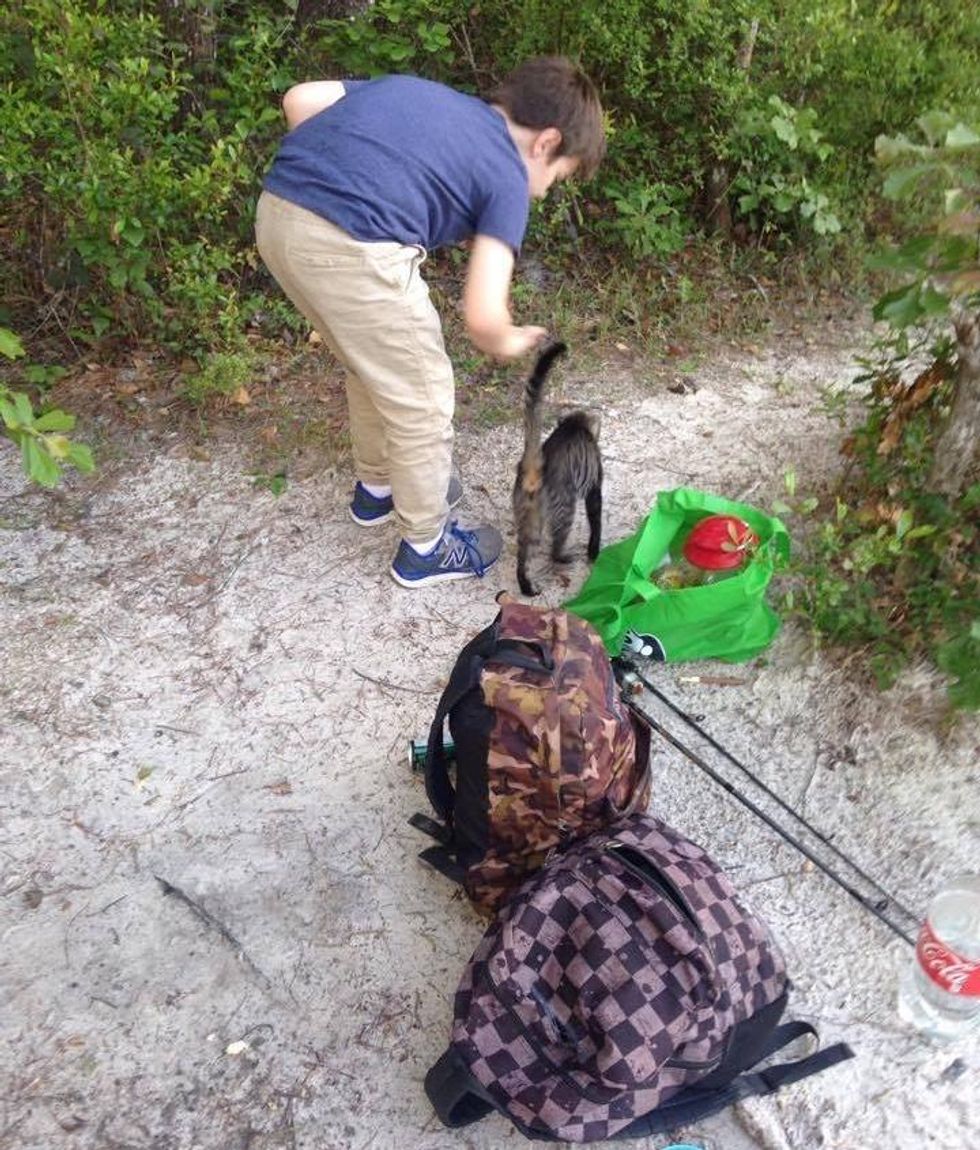 Michael and his son are frequent campers. There is a hidden spot that they often visit when they go camping. But last week they found an uninvited guest there.

"When we arrived there was a cat. It was quite skinny and obviously abandoned," Michael said via imgur.

While he was setting up the tent, his son quickly became friends with the friendly feline. He petted the kitty on her back, and the tabby rubbed his legs and followed him around as if they were old pals. 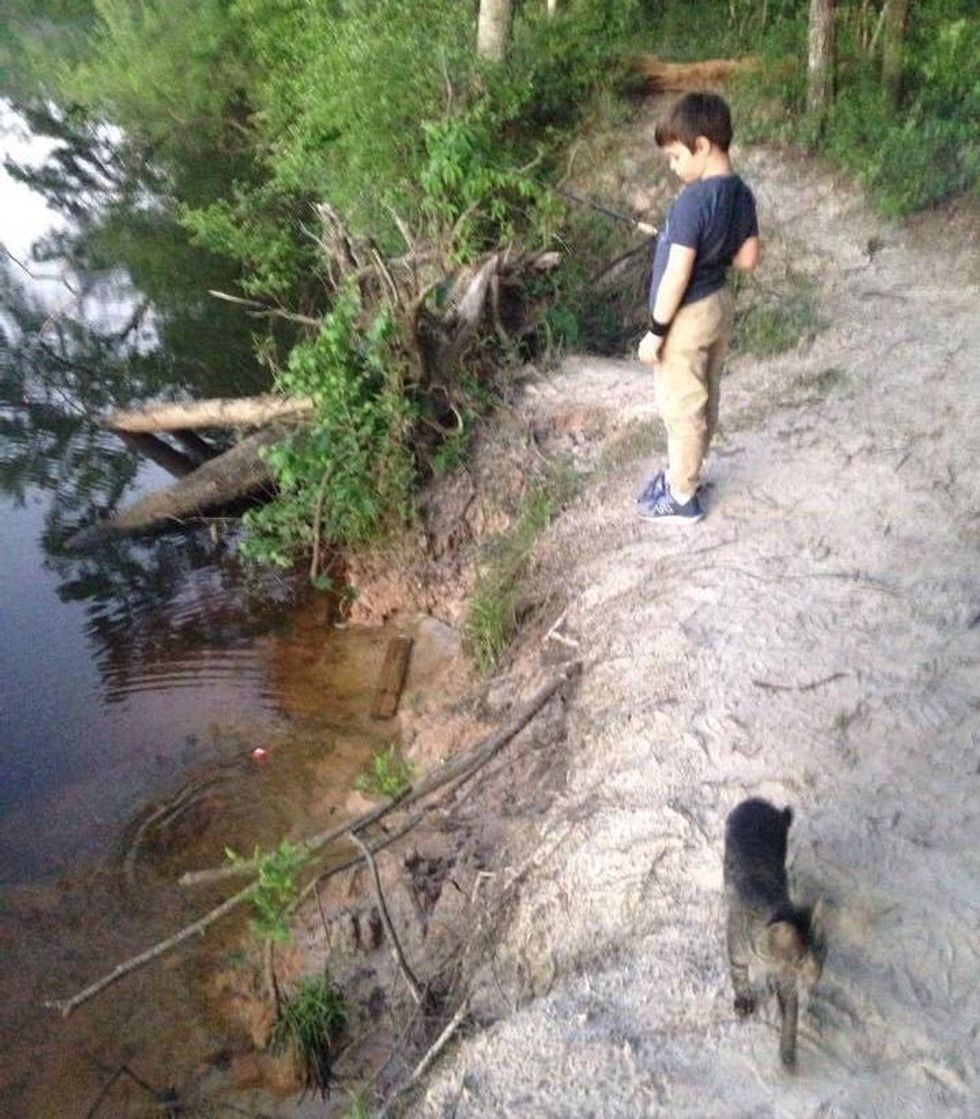 "My son gets to work trying to catch some blue gill to feed the cat since we only brought enough food for dinner and breakfast," Michael added.

The stray cat was so happy for the attention and love she received that she clung to them like glue. "I am struggling to not trip over (her) while I gather wood." 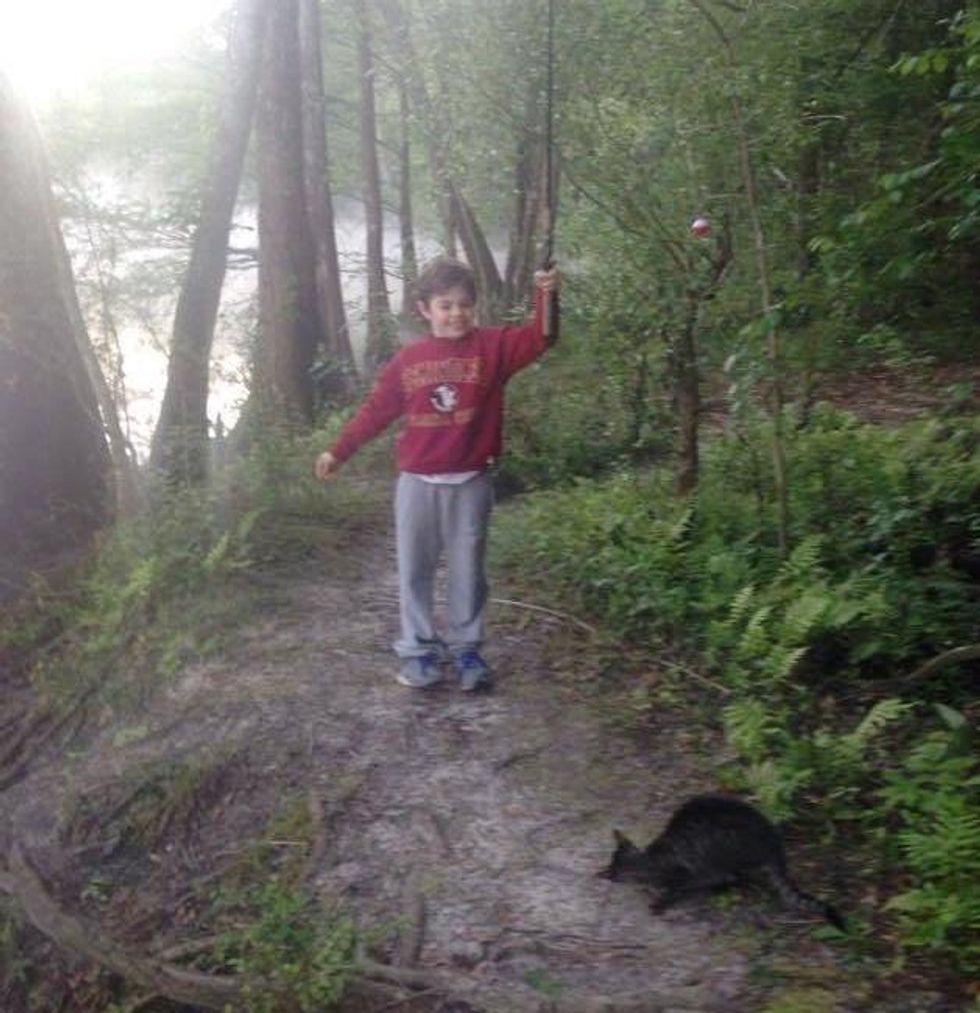 After they shared their meal with the cat, she suddenly left and disappeared into the night. They couldn't find her again that night so settled down to go to bed.

"A couple hours later I wake up to some noise and go outside to check. Now instead of two eyes staring at me I see eight glowing eyes reflecting the light from my phone," Michael said. 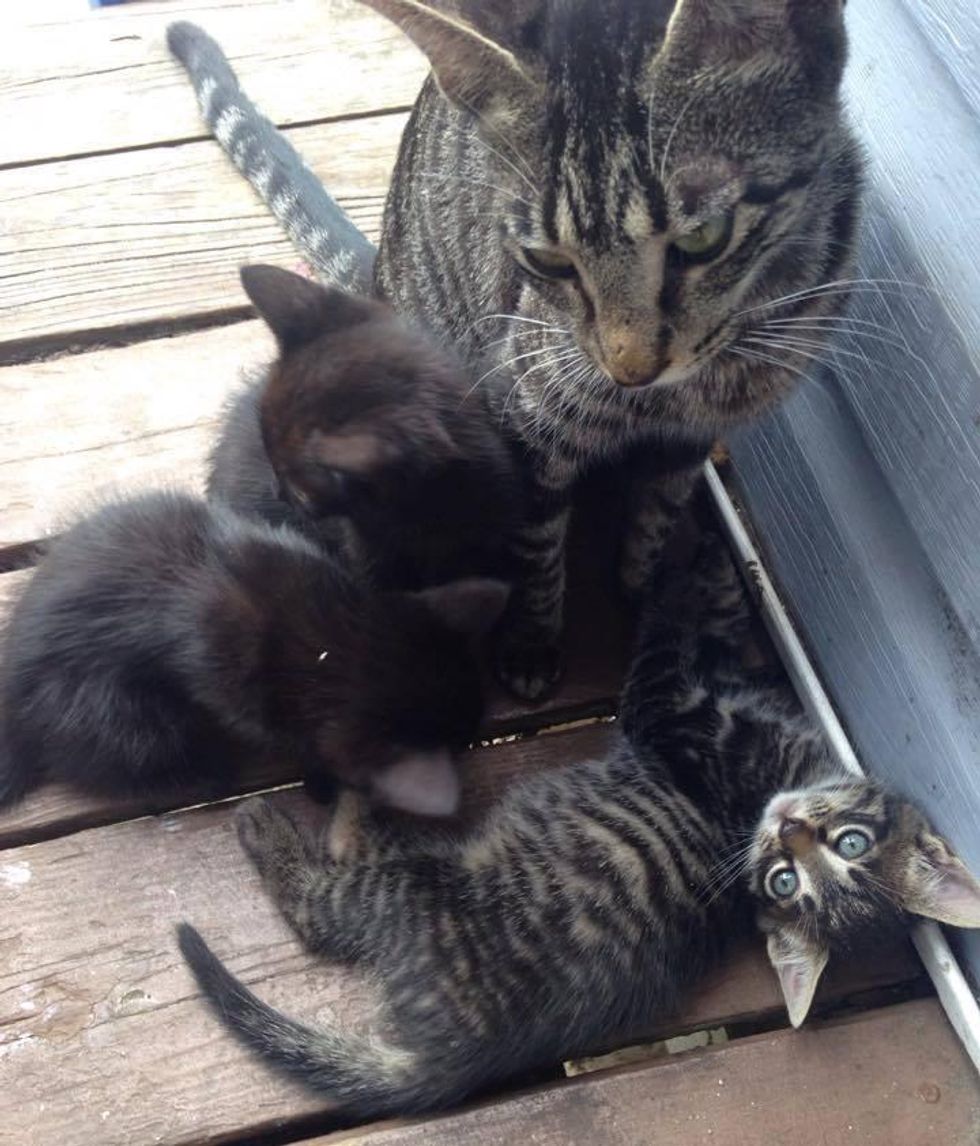 The friendly tabby came back with three kittens and introduced them to her human friends.

"She brought the kittens back to the campsite while I was sleeping." 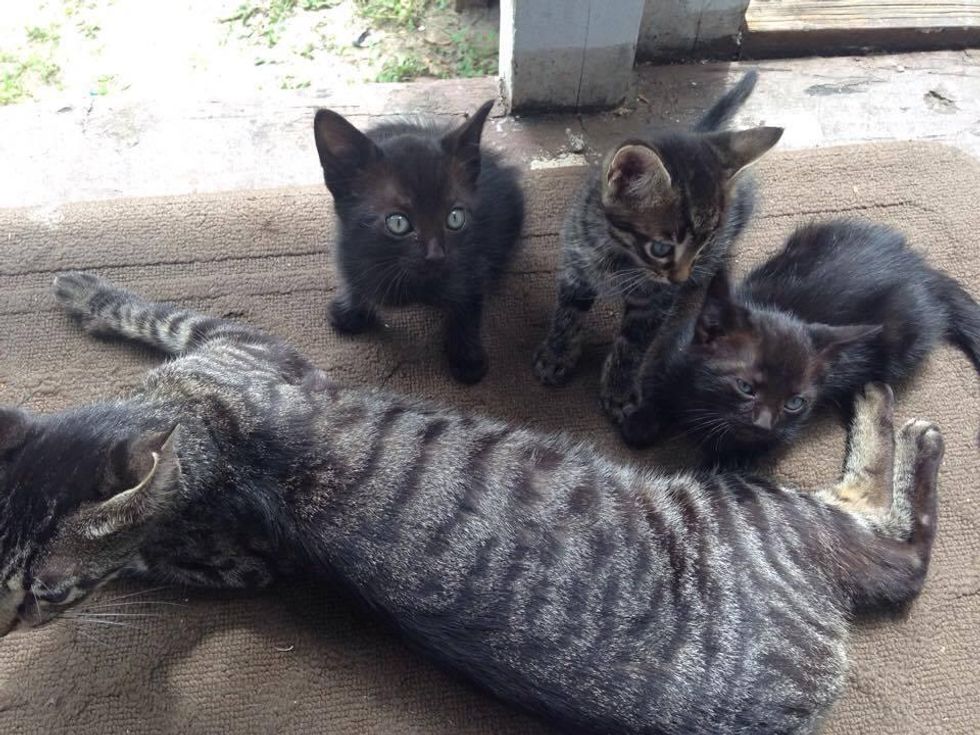 Michael was surprised by the new additions and knew that they couldn't leave them out in the woods, so the feline family of four went home with the father and son that day.

"The next morning we caught over 13 blue gill and a couple catfish. Let's just say by the end of the day the momma cat was stuffed." 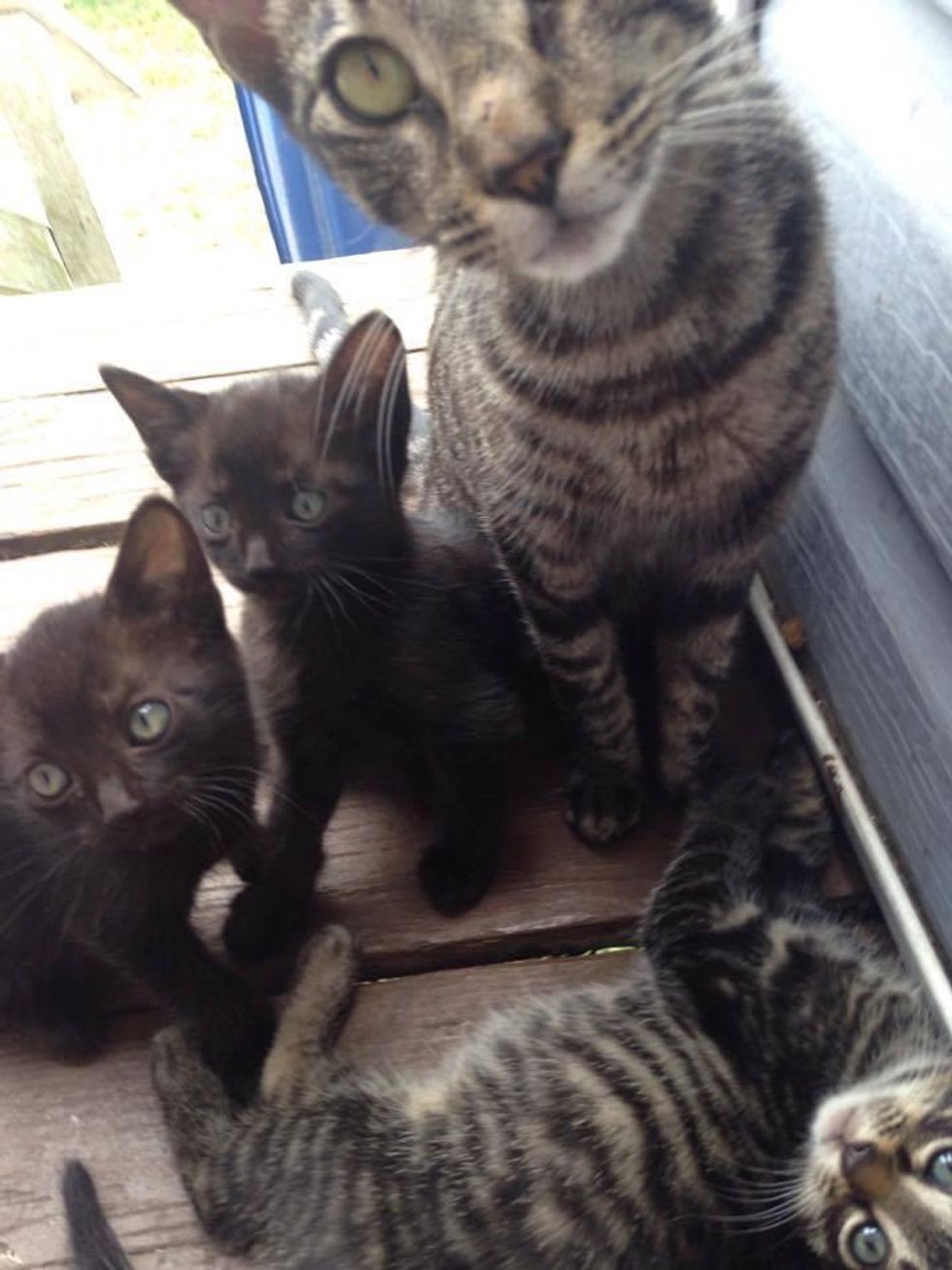 "There is no way this cat was not domesticated the way she craves human attention."

Mama and her three babies are happy and safe now. They are taking the kitties to the vet this week and will have them spayed/neutered when they are ready. 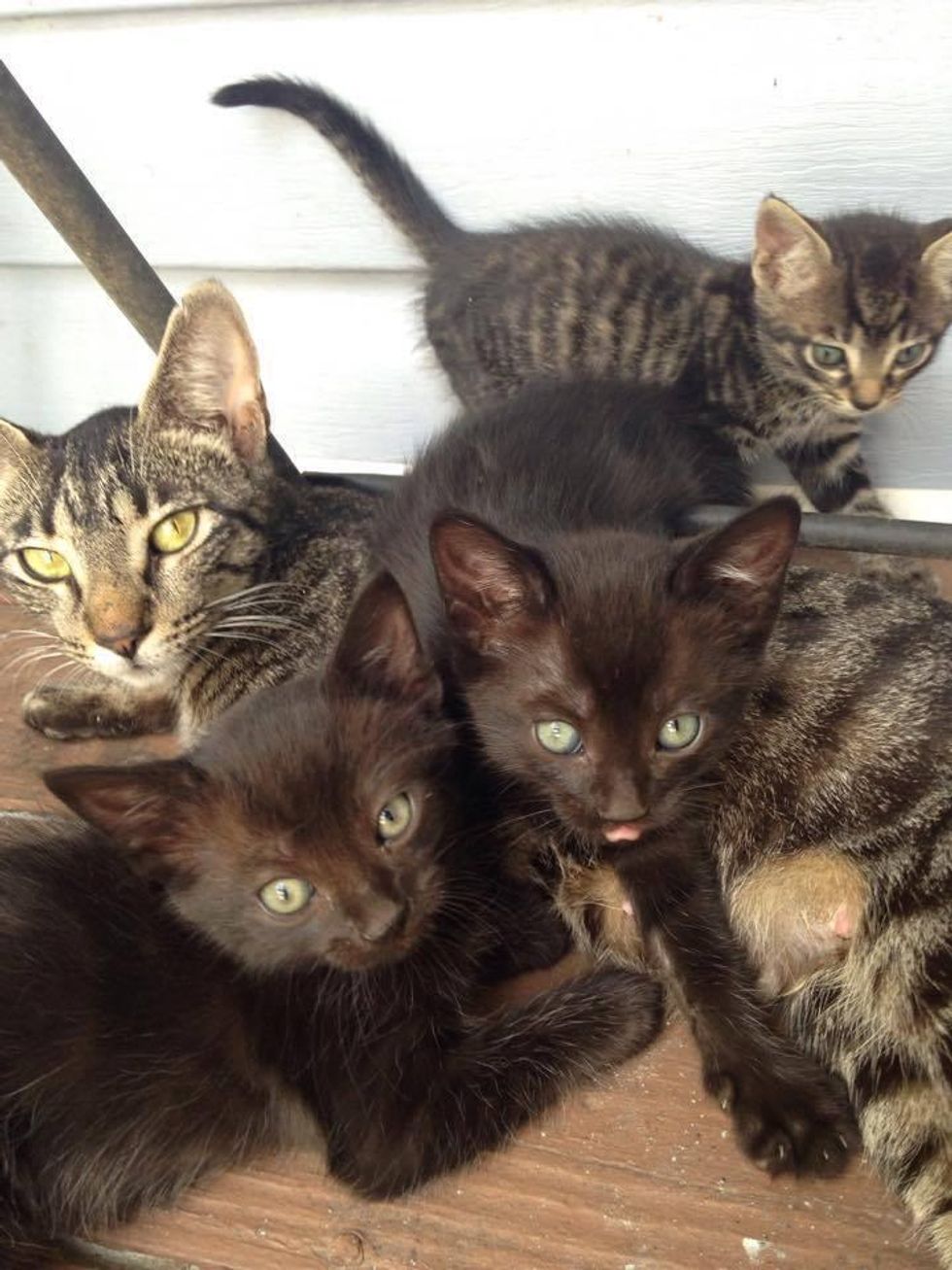 "It's been a week now and they love it here. My family has decided we are keeping all of them," Michael said.

The sweet mama found a family that was kind to her and brought her babies to meet them, so the little ones could have a chance at a better life. 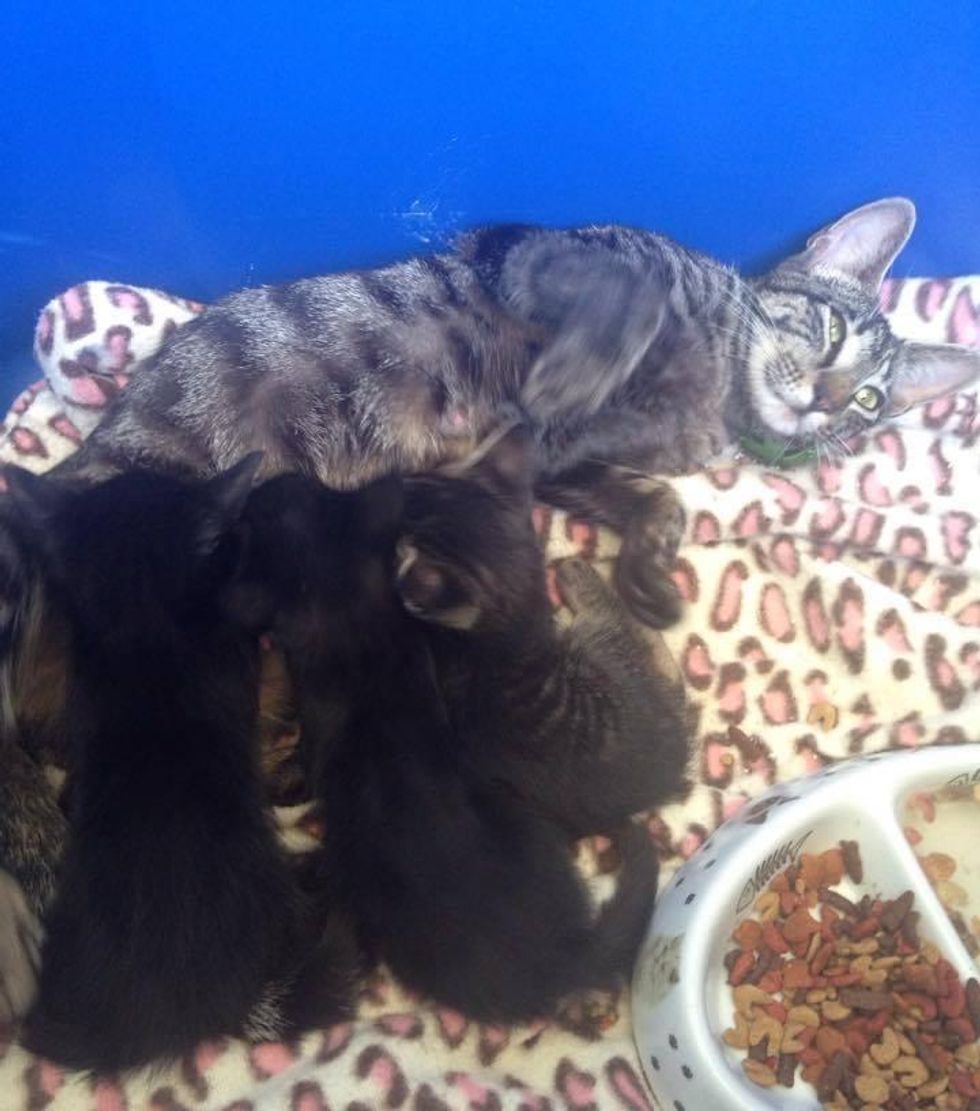 Mama and her mini-me were adopted together by a wonderful family! " One of our family friends just recently lost a cat and was looking for a furball to love. She came and visited with them a couple times and decided after a week that she wanted to take the Mom and her look a like," Michael updated. 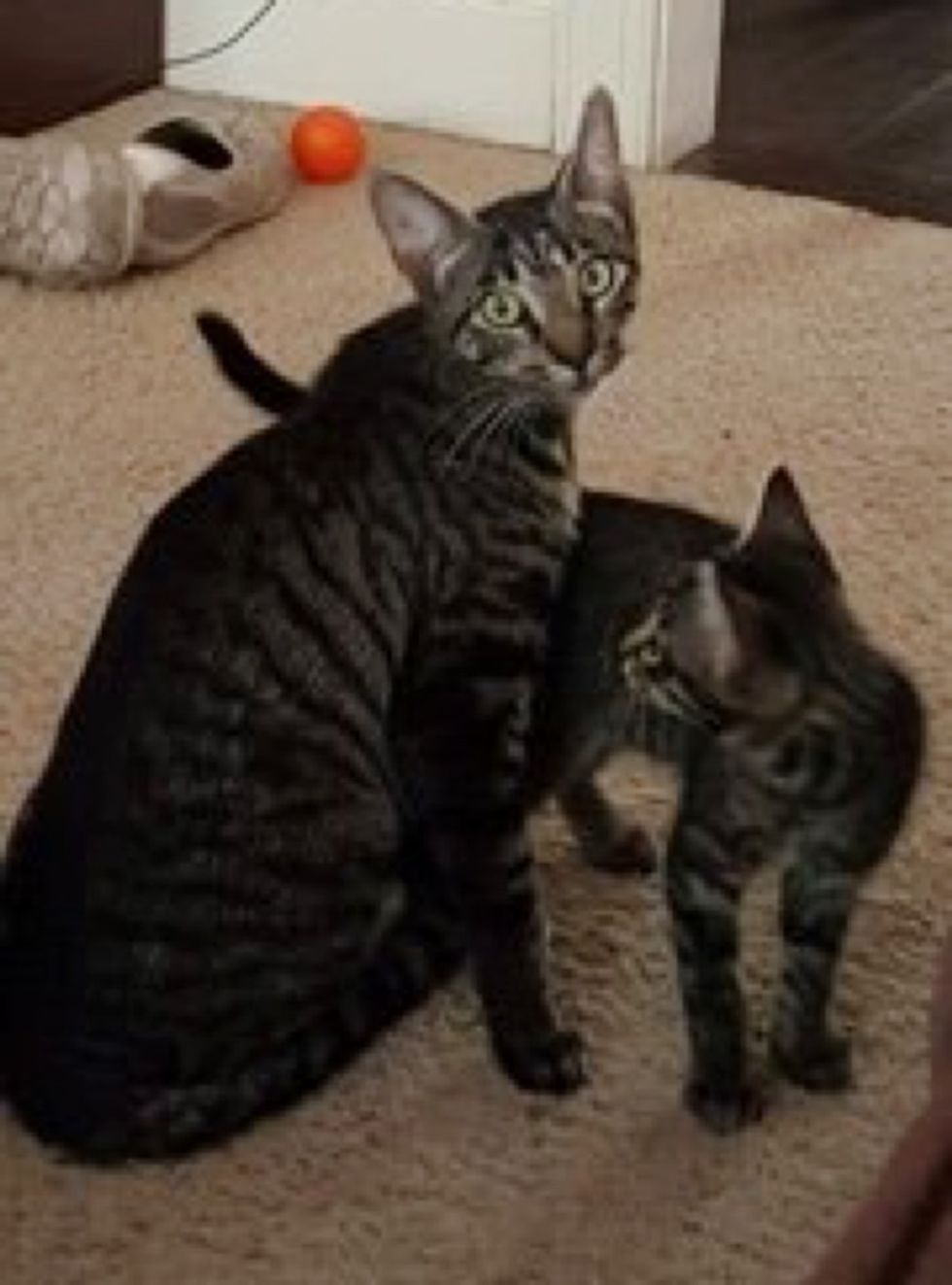 The other two kittens bonded with Michael's resident cat.

"At first my cat ClownBoy did not want anything to do with the younglings."

"Clown started to warm up to them after a day or two. He has seemed to have taken them in as his own.

Happy and loved at their forever loving home!

"They had no issues taking to their new home. This is the life of luxury for a kitten that has only known outdoors." 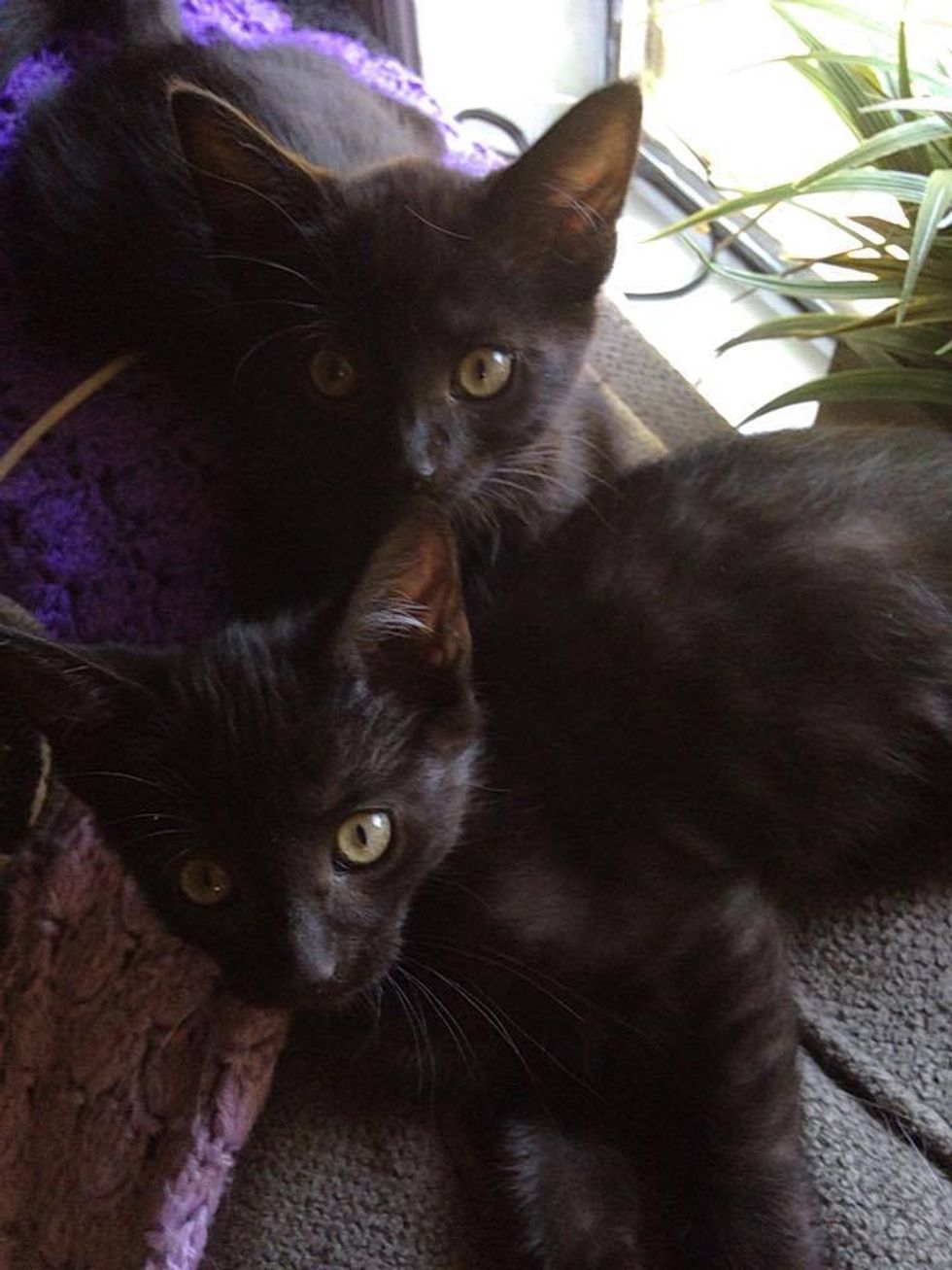 Related story: Kitten from the Woods Walks Up to Man and Decides He Will Be Her Human