Man Let Stray Cat into His Home, a Week Later, She Gave Him a Surprise on His Couch

A cat loving man from Athens, Greece let a stray cat into his home and started feeding her whenever she decided to visit. A week later, she brought him a surprise on his couch. 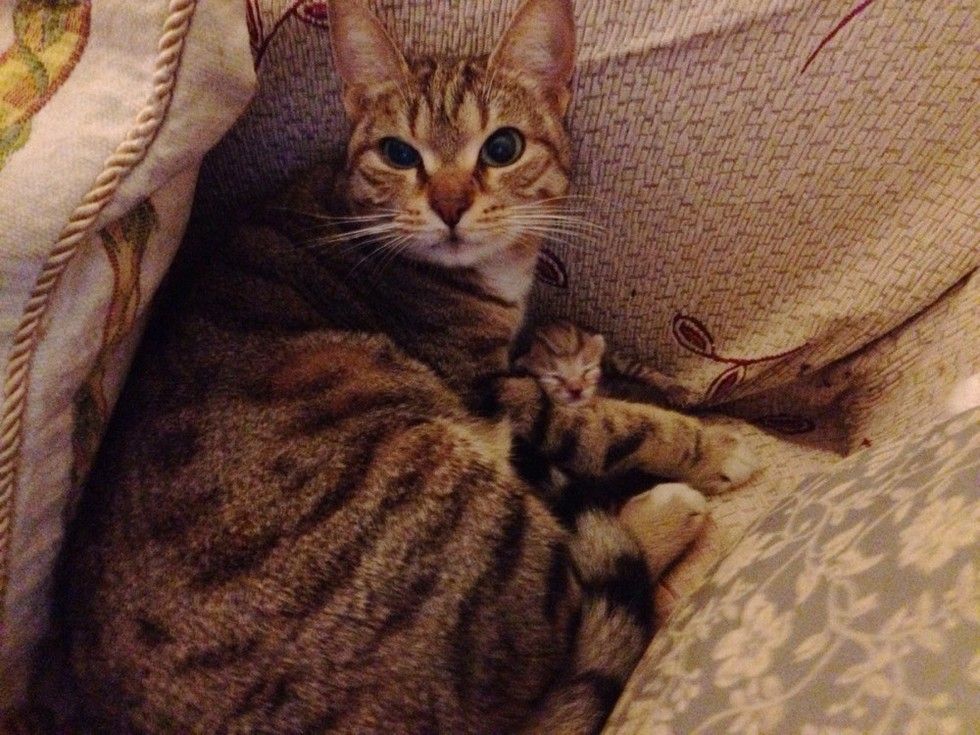 "The cat came into my place secretly a few times the last couple of weeks, while I was asleep or away and had forgotten to close the window. I'd see little marks here and there and guessed she was looking for food and warmth. I once caught her chilling in a corner of the couch and she ran out the window as soon as she saw me," Giorgos Cheliotis told Love Meow.

He began feeding the stray cat who kept her distance and wouldn't jump into the house when he was around.

"Suddenly a week ago she dared to jump in while I was there. I gave her again some food and she took a nap on the same corner of the couch. I went out with friends for the night and didn't want to wake her up, so left her there with the window open, assuming she'd leave again." 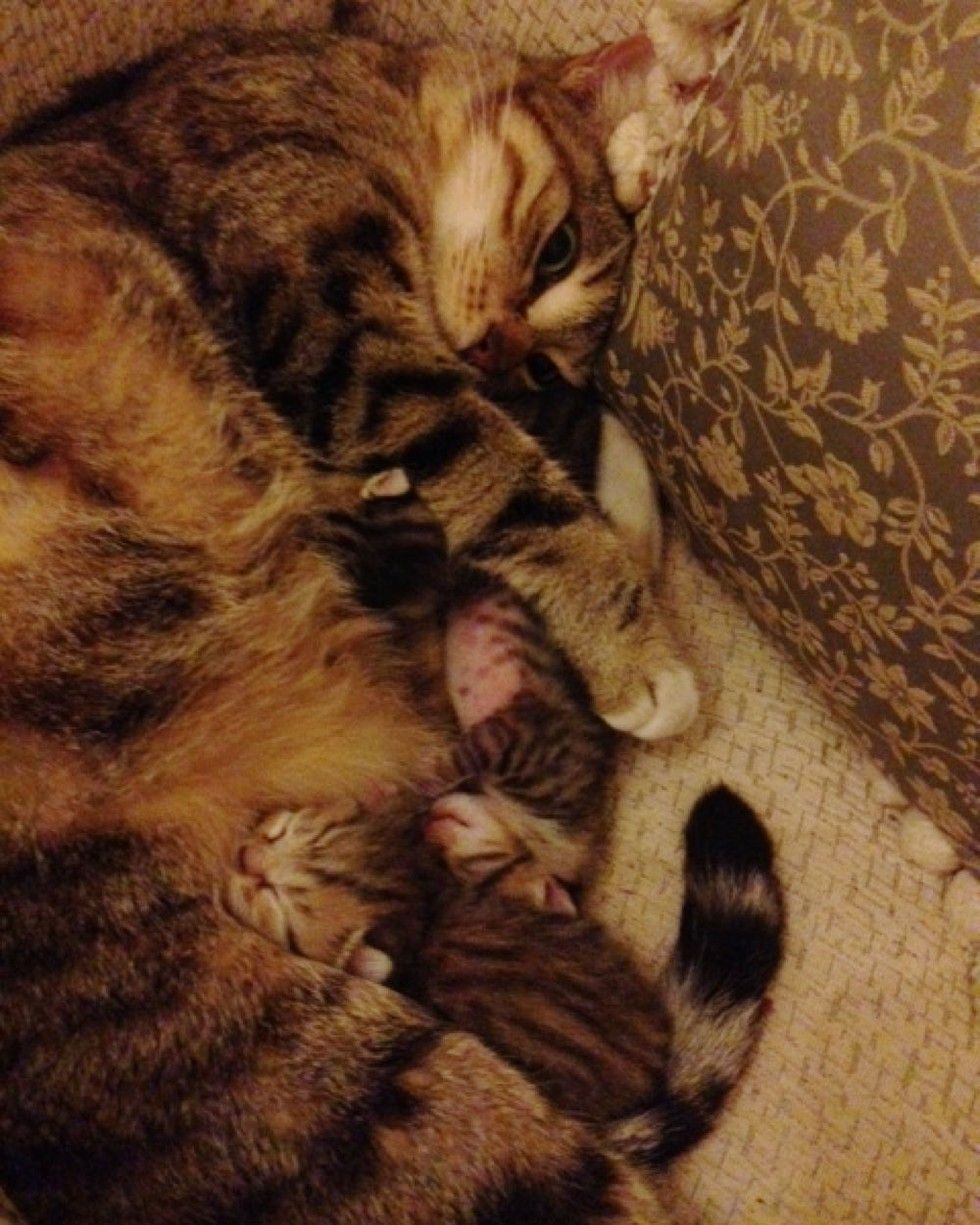 "When I came back, she was still there. I was tired, so went to sleep and the next morning I woke up to find her still on the same spot! Curious, I went to check why she hadn't moved all those hours, and found her with three kittens!

"It's not so uncommon where I come from to have cats occasionally jump into somebody's home looking for food, but usually that's all it is and they'll walk (or more often run) away. I never thought she'd give birth on my couch (which was obvious from the huge stains on that corner, where she was now nursing her newborns)," Cheliotis told Love Meow. 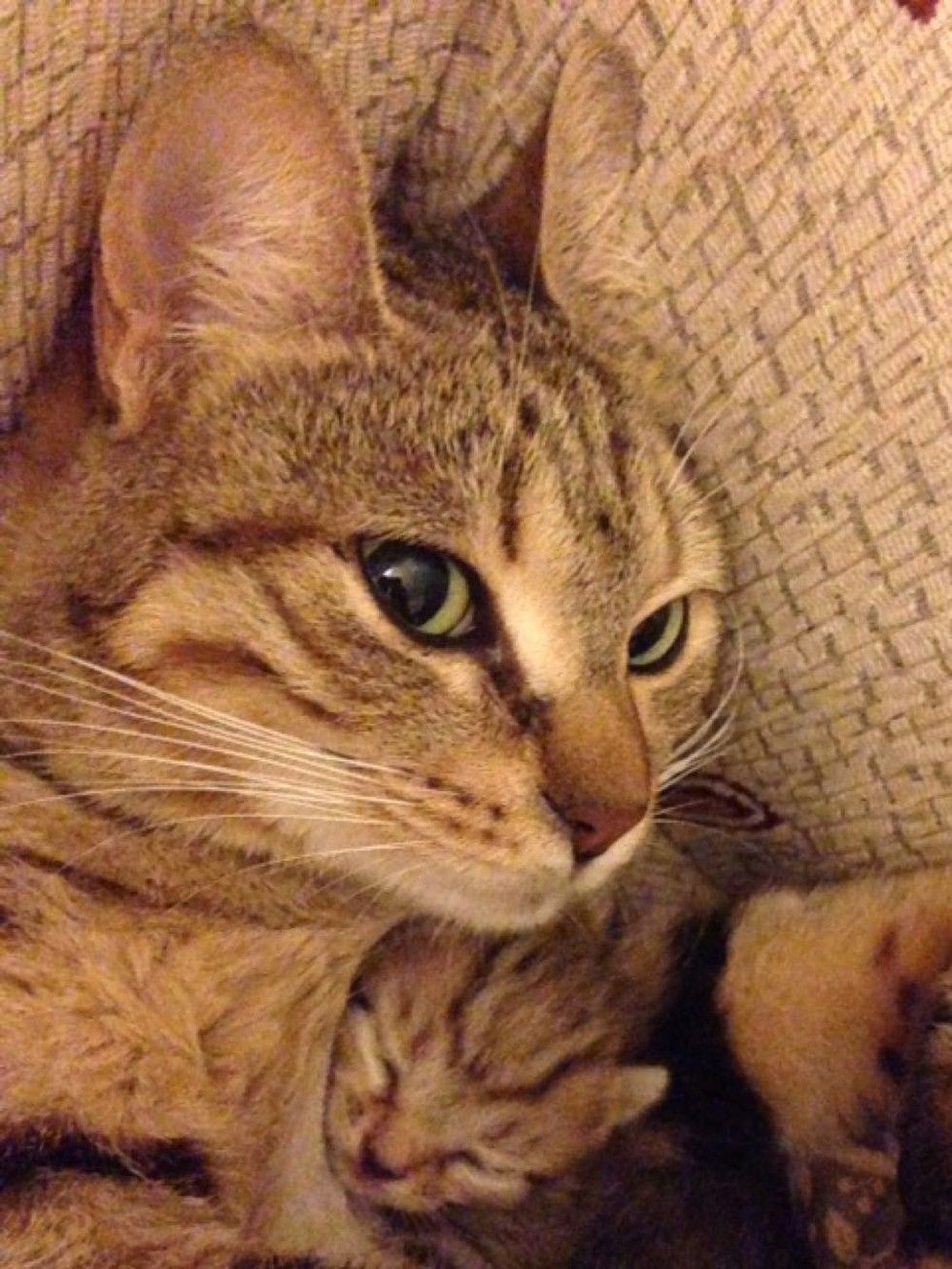 "In retrospect, she was probably testing the waters all along, to make sure this was a safe place to give birth. I could tell she was pregnant... but then it all happened so quickly.

"I have seen stray cats make a nest in abandoned buildings, unkempt gardens, under deserted old cars, anywhere they can hide from other cats and people. I've never heard of a cat giving birth at a stranger's house. On the couch at that, smack in the middle of my living room, not some dark corner out of sight. So yeah, quite extraordinary." 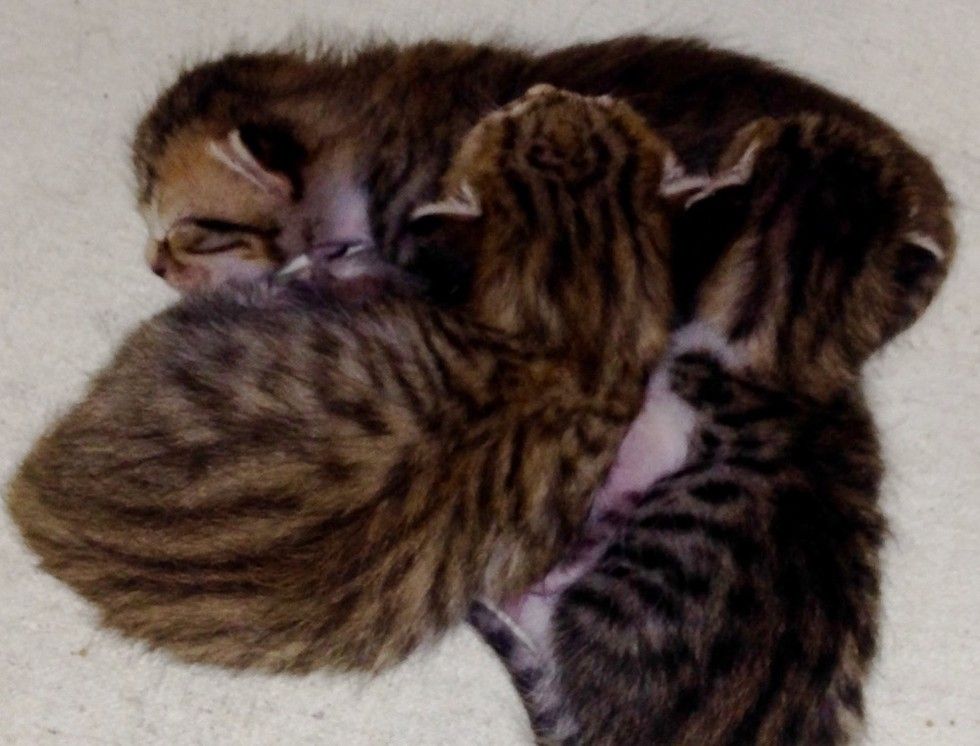 Cheliotis has rearranged things at his house to make it more cat friendly especially for when the kittens start learning to walk and explore.

"Kittens are doing fine now, a week later. Two have already grown quite large, while one is a little smaller and weaker. Waiting for them to open their eyes! The smaller one was first ignored by the mom, but I picked it up and put it among the others and she welcomed it again. I'm keeping an eye on it, because it's easily overwhelmed by its stronger siblings in the fight for mom's milk. I moved them and the mom to a box I prepared for them, so I could finally wash the cover of the couch!" Cheliotis told Love Meow.

The furry family has been vetted and neutered/spayed. All the kittens have been adopted. 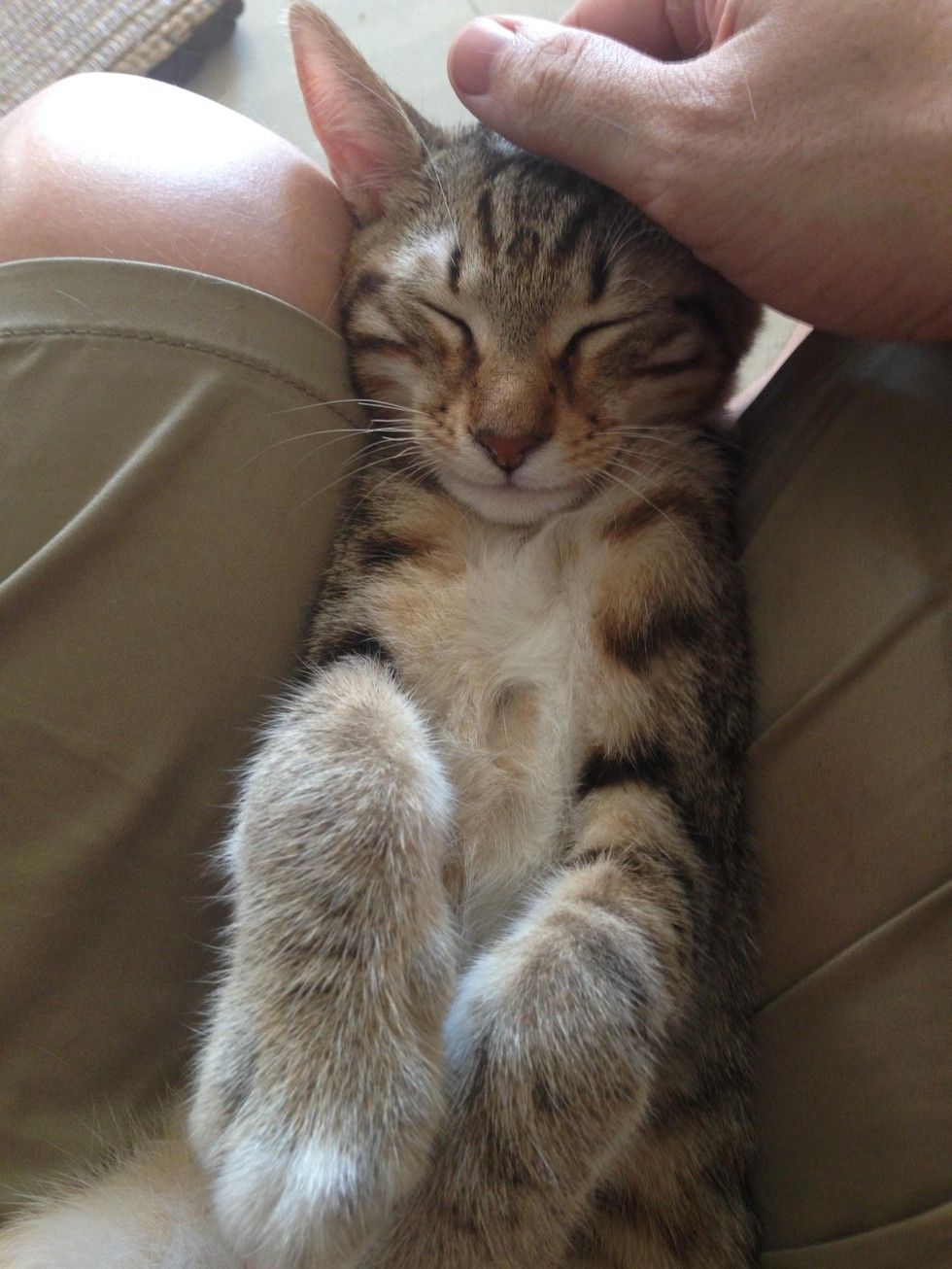