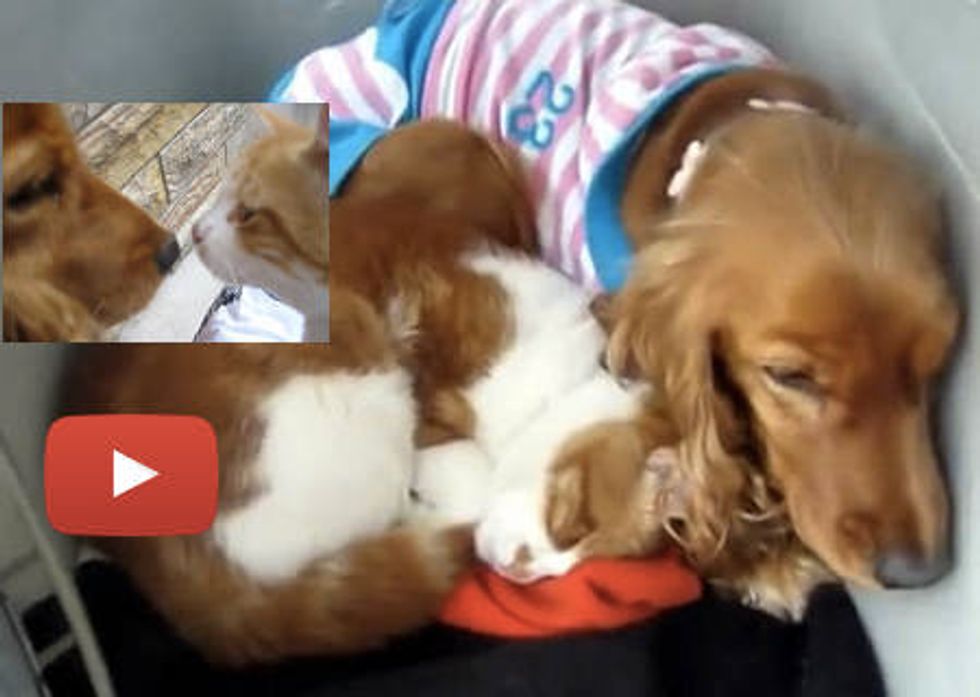 When a stray cat met a family dog, it was love at first sight. "I came to know this cat while taking my dog for a walk, (and) it started following us," said the human via YouTube. Eventually the cat followed them home.

The kitty appeared to be homeless, and he had an incredible affection towards the dog. The human thought that these two buddies were meant to be together so decided to adopt the cat so they could truly be with each other.

Now they are completely inseparable and always nap next to one another. The kitty is very gentle with his canine friend. When the dog goes into the crate, he follows behind and snuggles up with his buddy.

"I came to know this cat while taking my dog for a walk, (and) it started following us."

He followed them all the way home and didn't want to leave his canine friend.

The cat appeared to be homeless and had such an affection towards the dog. They knew they had to help him.

They decided to adopt the cat so that the two buddies could truly be with each other.

How their friendship started [video]:

Now they are totally inseparable [video]