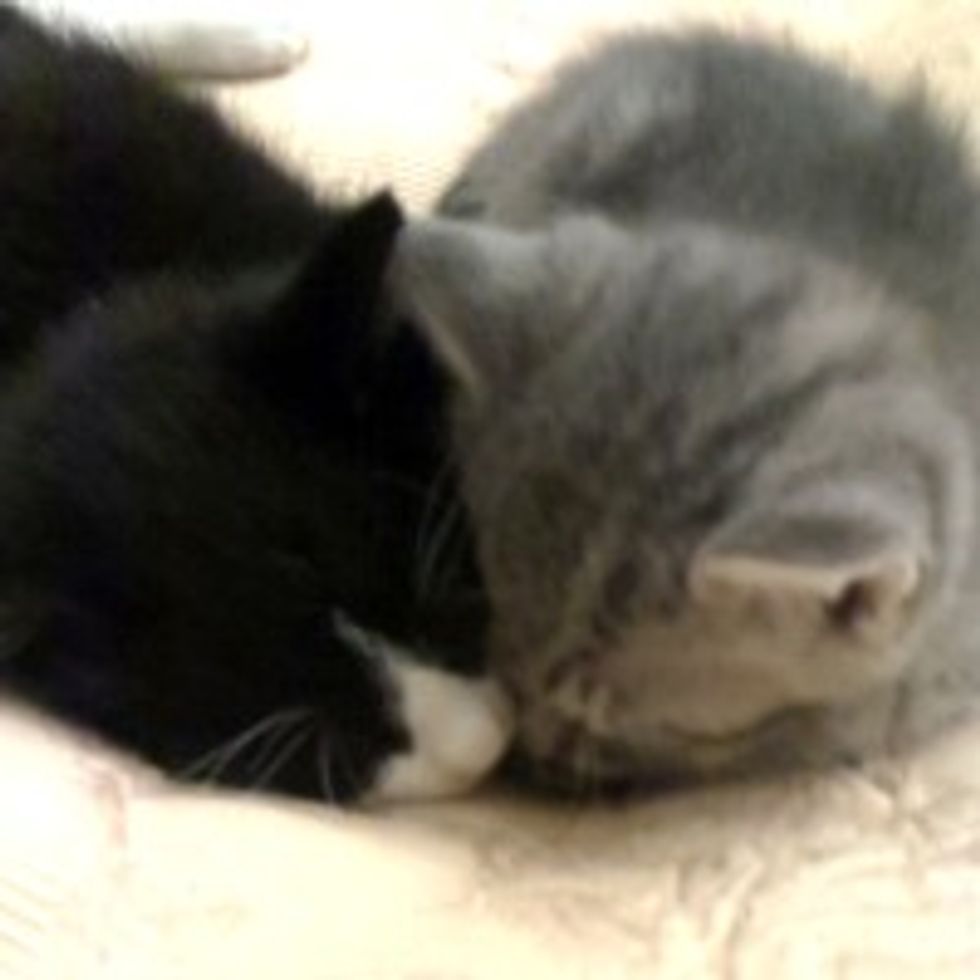 A kind person found these two little helpless kittens behind his apartment, sitting in a box with a bowl of food that wasn't the right type for their size. Even though at that time, he was not allowed to have pets in his apartment, he took the risk to bring them home, and the rest is history.

"My apartment near [where] I found them was no pets policy so it was a big risk, I could have been evicted or required to let them go but they never found out and I later moved into one that allowed my cats. So all good. Being in college, cost was important but I've come to love them too much to give them up," said Freddocini via reddit.

When he discovered the kittens, they were in the box, and quickly he noticed the food which was sitting untouched. He realized that it was the wrong food for the kittens. "I found them in a cardboard box with the cotton balls and a bowl of food that was too big for them. I brought them home and got them cleaned because they had fleas, fed them some kitten milk and it went from there. [They] got vaccines and spayed and neutered. I've had them for about 4 years now and they [are] still cute as ever," Freddocini added.

The gray kitty turned out to be a princess and the black and white boy is the naughty and vocal one in the house. They have come a long way "from stray kittens to the cats that I love so so much. My babies," said Freddocini.

Where they were found...

Kitties all grown up today!