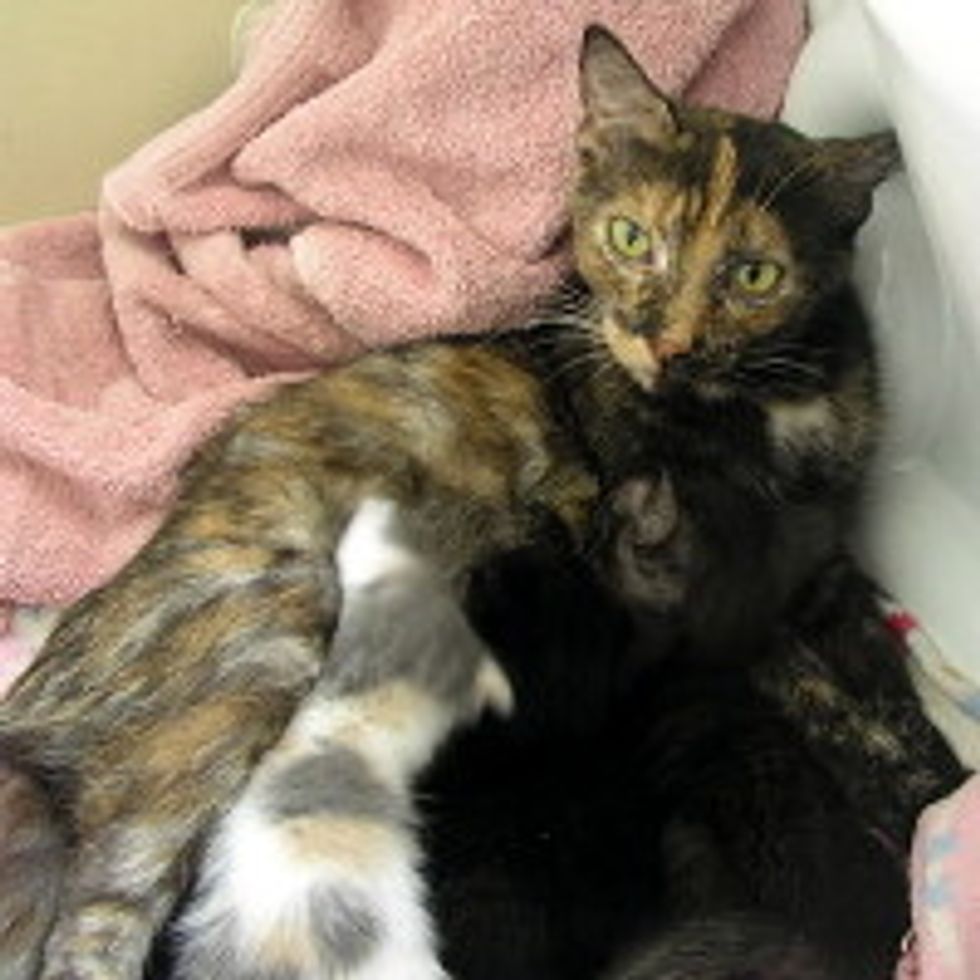 A super cat mama named Patra has touched many people with her story. She was a homeless 2-year-old Tortoiseshell from Avondale Estates, Georgia. Before she was rescued by LifeLine Animal Project, she lived a rough life on the streets, trying to keep her kittens safe, but the dangerous outdoors was too much for some of her babies. Only two of them survived. When Patra was brought into the shelter, her motherly instinct kicked in when she saw an orphan kitten. She took to them like a cat mother would to her own kittens.

"Patra adopted three very needy weeks-old kittens that came into LifeLine abandoned and hungry…. First she adopted 3-week old Mona. She allowed Mona to nurse and protected her as she slept. Then she adopted Echo, who is 4 weeks old and was born without eyes. Patra gently looks after the tiny blind kitten and allows her to nurse right along with (her 2 kittens) Beanie, Rita and Mona. But she wasn't done. Later she welcomed Jamaica, another month-old kitten into her feline family," reported Decatur-Avondale Estates Patch.

Patra is an absolute sweetheart to the kittens and very easygoing to the staff at the shelter. Her street life has left her with scars, but that doesn't stop her from loving people who would love her back, and she always has a soft spot for those homeless little furry ones who need someone to love.

She is very protective of them, and never leaves them out of her sight

Mona, one of the orphan kittens adopted by Patra

Echo, an abandoned kitten who was born without eyes, now is very loved by her new mom

She lets Echo snuggle up on her for a nap

They will be up for adoption soon. You can find them at LifeLine Animal project or follow them on Facebook.