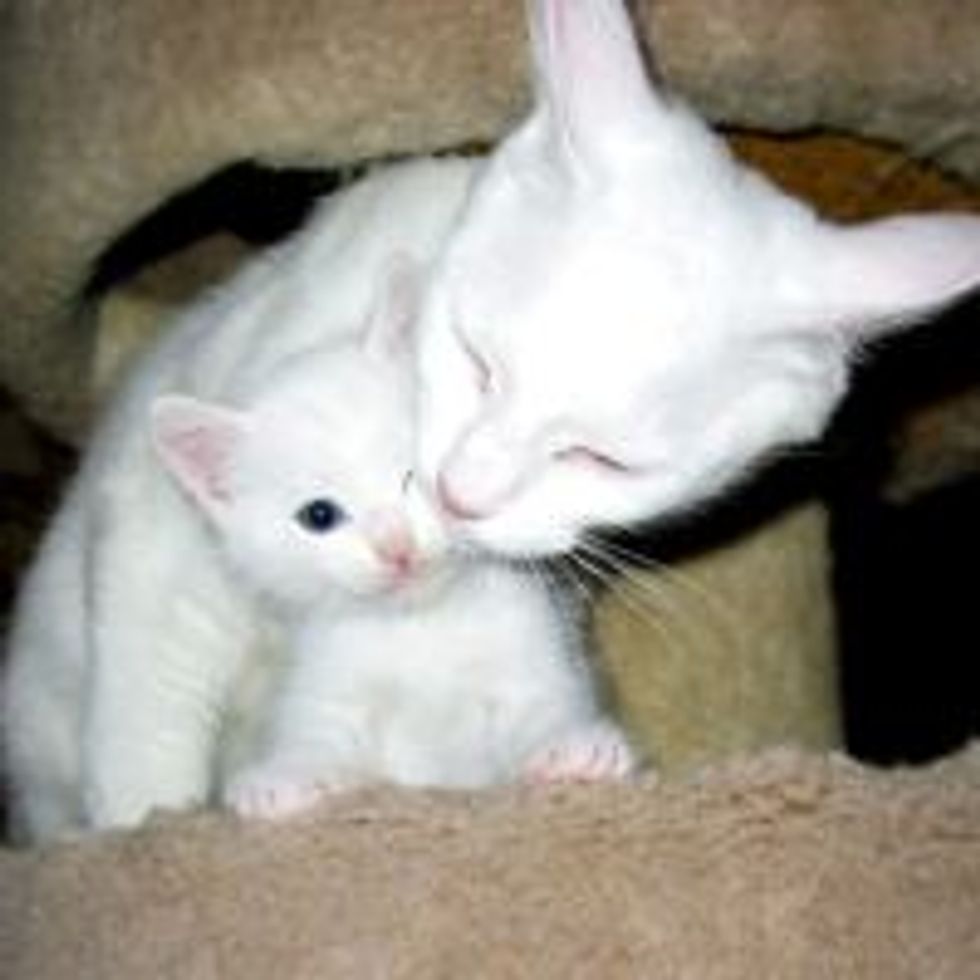 Supurr moms, their love and dedication!

Cat mama Maxine adores her kittens especially the only ginger of the litter. They share a beautiful bond. Full story and photos.

Sally the rescue cat mama is taking care of not just one but 2 litters of little fuzzballs. Full story and photos.

10 month old mama cat J.J. fell in love with a rescue baby raccoon when they were placed together at the shelter on Monday, April 2. A mother’s instinct kicked in, J.J. adopted the orphan raccoon immediately after they met and started nursing and cleaning it as if it was her own. Full story.

When Leo the ginger kitty was 10 days old, he found Jenny, a tuxedo cat who became his surrogate mom. Full story and photos.

Betsy the cat mama never tired looking after her babies since they were born. "In foster care Betsy was very easy to work with and she did a great job taking care of her kittens," said William. Full story and photos.

Cat mama wraps her tiny day old babies around her, holding them tight in her arms. More photos.

Emmy the tabby came to the shelter with a big belly. "She was one of a group of around 40 cats who were abandoned at a house in Limestone County, Alabama. Forgotten Felines spearheaded the rescue of these cats, and Emmy became a Challenger’s House cat," said Robyn. Full story and photos.

Muriel the cat mama is very tied up with all the tiny paws and hungry mouths. "She’s been such a brave girl. She didn’t meow at all on the car ride to my house and has been such a sweetheart...." Full story and photos.

Millie gave birth to five adorable kittens, and she is there for them every step of the way. "All of them are growing like weeds. Millie is a super Momcat and is taking great care of them," Christine. Full story and photos.

Norma the mama cat was found pregnant by the rescuers. "I picked her up from a humane society on Friday and she had her kittens two days later. She is being such a good mama and the kittens are doing so well," said Lindsey. Full story and photos.

Jean and her friends who run a TNR program spotted a very feral cat with a big belly. They knew the beautiful cat (they named Heidi) was about to give birth. She went from very feral to becoming more and more trusting each day. Full story and photos.