Mr. Pickles was a very skinny tabby cat, when he first showed up on the doorstep at Bayview Retirement Community in Seattle, Washington, and soon he decided he would make this place his home.

"There were soft-hearted people who thought 'I'll just give him something to eat', so he kept coming back.", Birdi Adams, resident of Bayview Retirement Community, said. 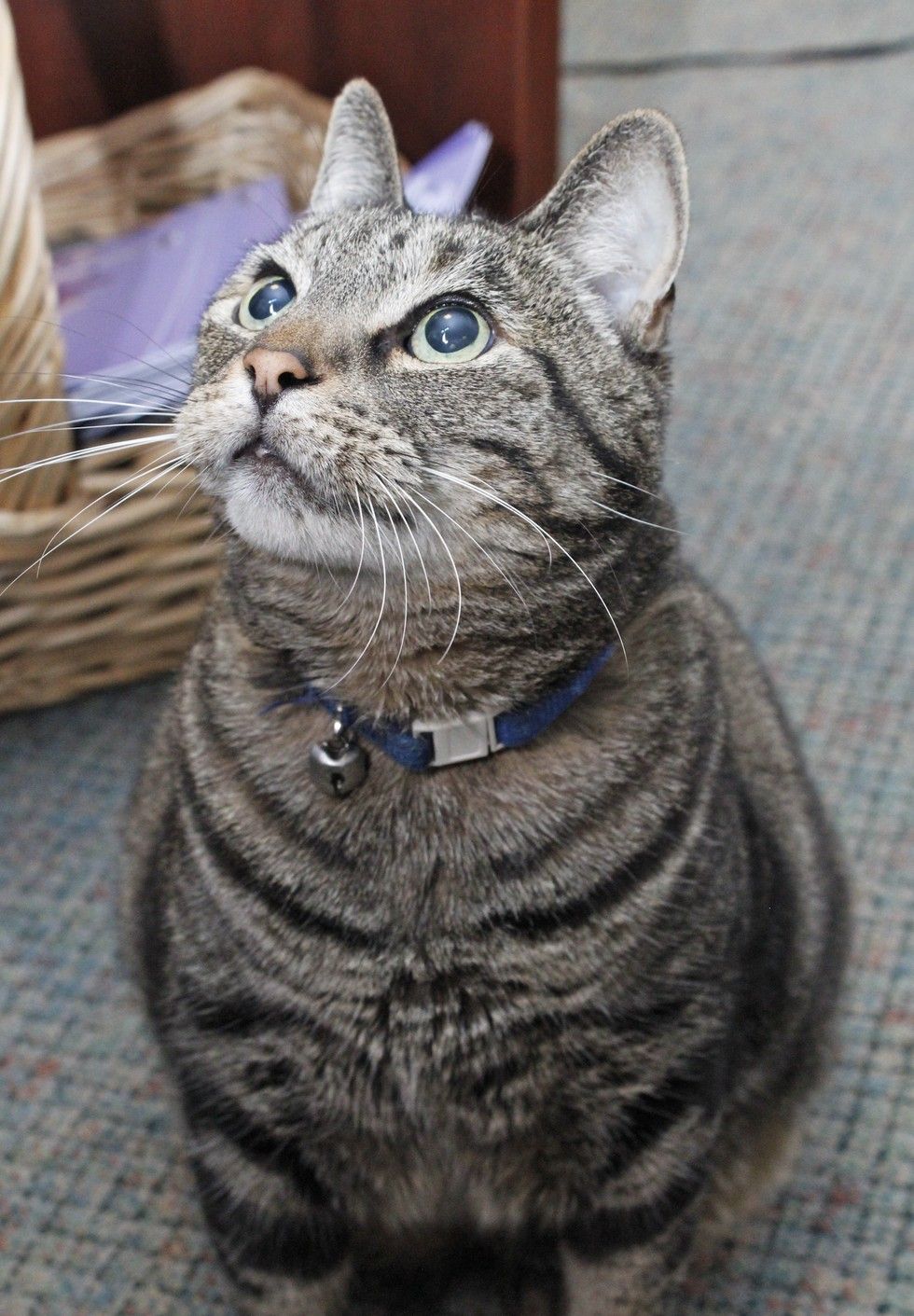 They didn't know where this tabby cat came from, but he quickly stole everyone's heart.

Mr. Pickles figured out the entrance door and sauntered right in. He even learned to open the door by triggering the sensor with his paw. 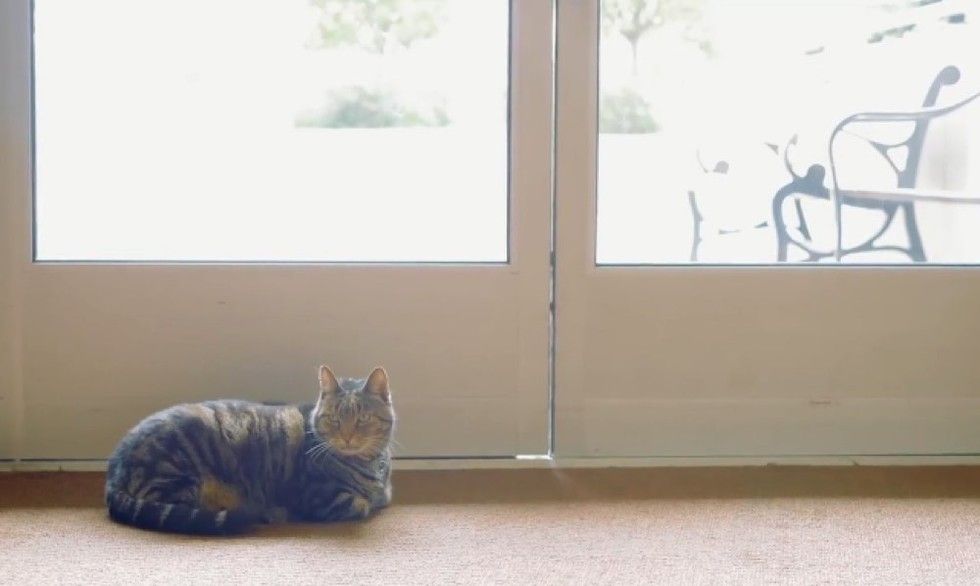 Later they found out more about Mr. Pickles.

Mr. Pickles had a family, but his human was seldom home. "He actually had been in the hospital a few times and away. (Mr. Pickles) wasn't getting proper nutrition and care."

When his human was moving and couldn't take Mr. Pickles with him, he came to the place where Mr. Pickles had been hanging out most of his time. 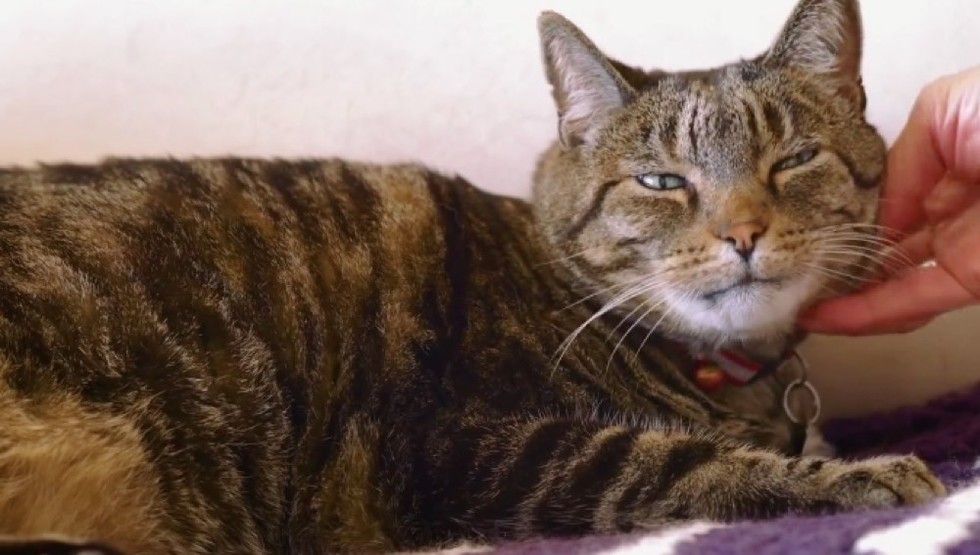 "He came over and asked if we would like to have Mr. Pickles... Of course we did," Adams said.

They were so happy to take in Mr. Pickles who had already chosen Bayview to be his home.

"He's such a friendly little cat. He stays in this apartment all night, sleeps here on top of my bed. In the morning when I wake up, he's usually in my bed. He comes up and taps my face to let me know he's there," Marion Watanabe, Mr. Pickles' primary caretaker, said. 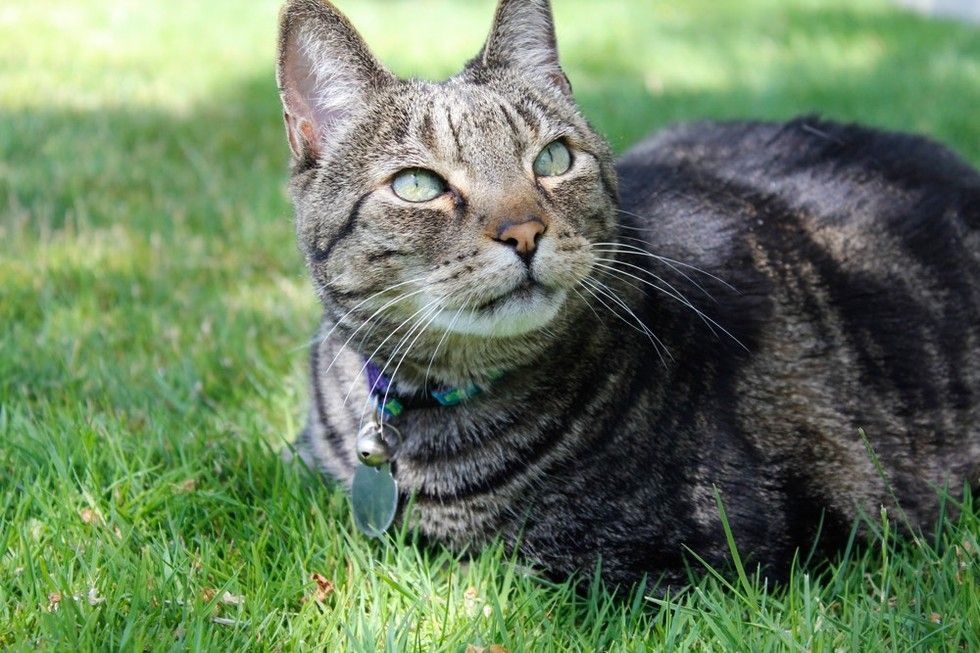 "He owns the first floor, and he picks where he is going to go," Sue Donovan of Bayview said.

When residents take a walk on the terrace, he follows them and walks with them. "There are several residents with canes. Mr. Pickles loves to lay on his back, and they take their cane and rub his stomach." 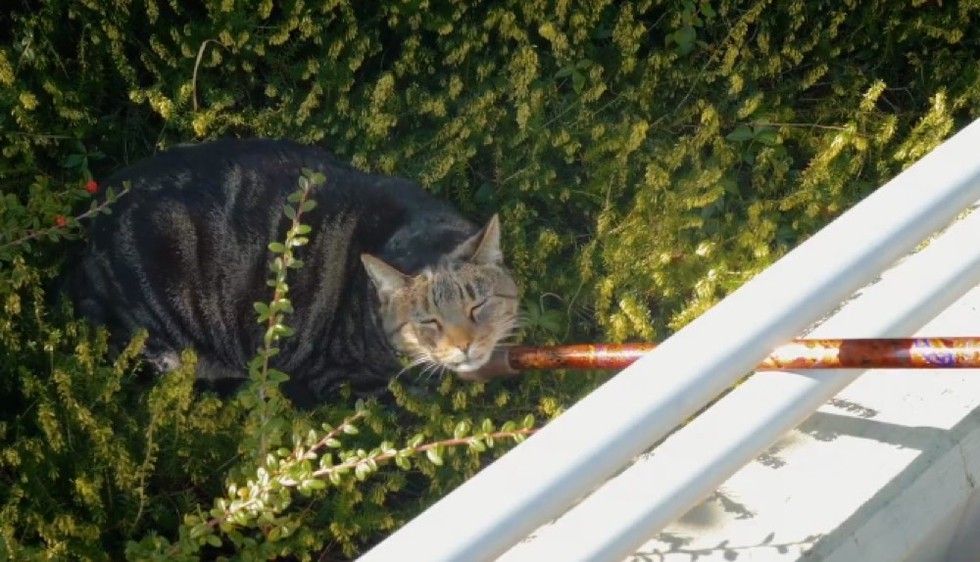 "When the movie is going, he walks in front of the screen," Watanabe said. "He just lets everyone know he's here. He's a really great cat."

Mr. Pickles helping with chores. "He's resetting the clock for the lobby for daylight saving time." 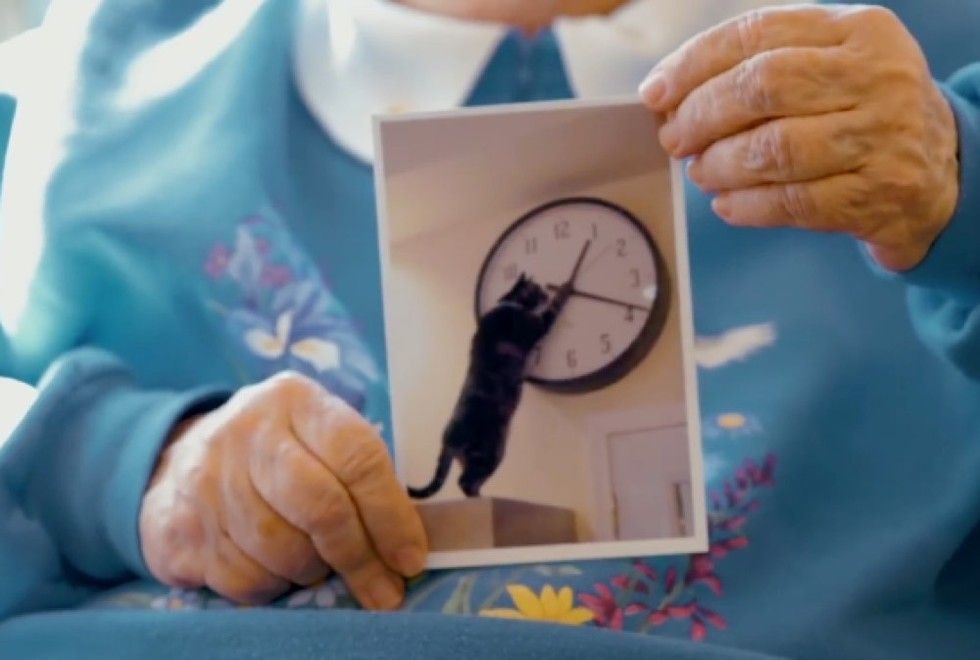 He has the ability to relate to a lot of people in his own special way. He's like one of them.

"That's Mr. Pickles, who came across the street and never went back home," Adams said.