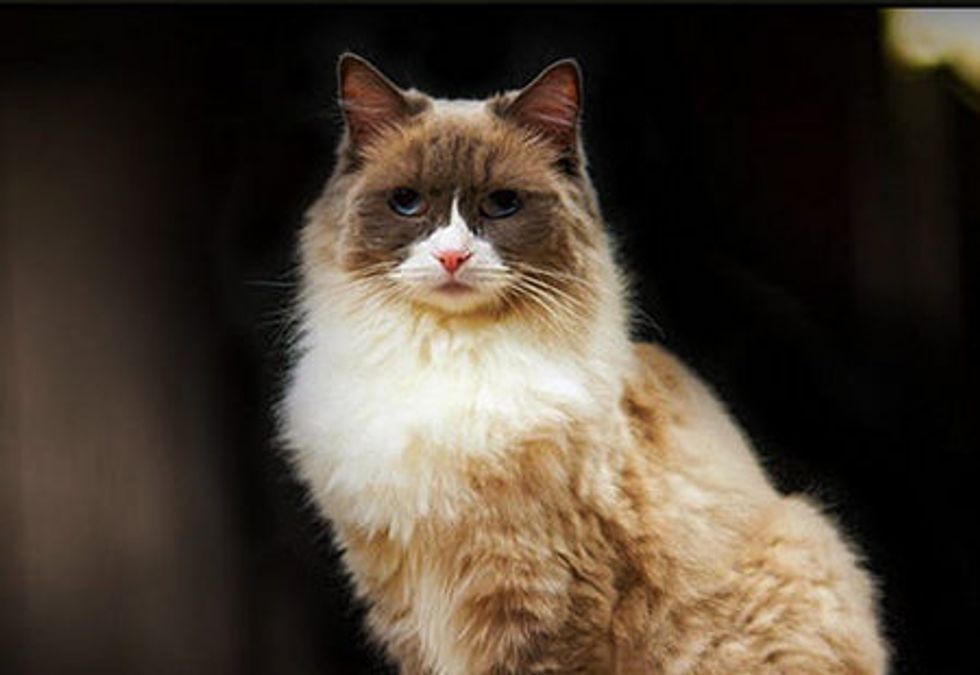 Matilda, a regal Ragdoll cat, is a revered and loved staff member at the Algonquin Hotel in New York City. She is very popular with their guests. "She has the run of the house (except in dining areas and the kitchen) but prefers to oversee the comings and goings of the many guests who cross her threshold," said the hotel.

In the 1930s, a stray cat wandered into the Algonquin Hotel and decided to settle down there. That's when the hotel started a tradition which has lasted since then - having a cat roam the halls, mousing and making sure everything is in order.

Matilda has many human fans from around the world who often write her letters and some have featured her in numerous stories. When her collar went missing, the "Algonquin Cat-Burglary" became the talk of the town.

Meet Matilda, the resident cat at the Algonquin Hotel

She roams the halls and makes sure everything is in order.

Matilda takes her job very seriously. Here she is overseeing the comings and goings of their guests.

Hall roaming time. She checks on the area to make sure everything is done up to her standard.

Taking a break from work under a chair.

Matilda is about to surprise her guests.

She has many human admirers who write her letters and even feature her in stories.