They Said His Eye Would Be Blind for the Rest of His Life, But the Kitty Proved Them Wrong

They said this little rescue kitten would not be able to see from his right eye for the rest of his life, but the tenacious kitty proved them wrong. 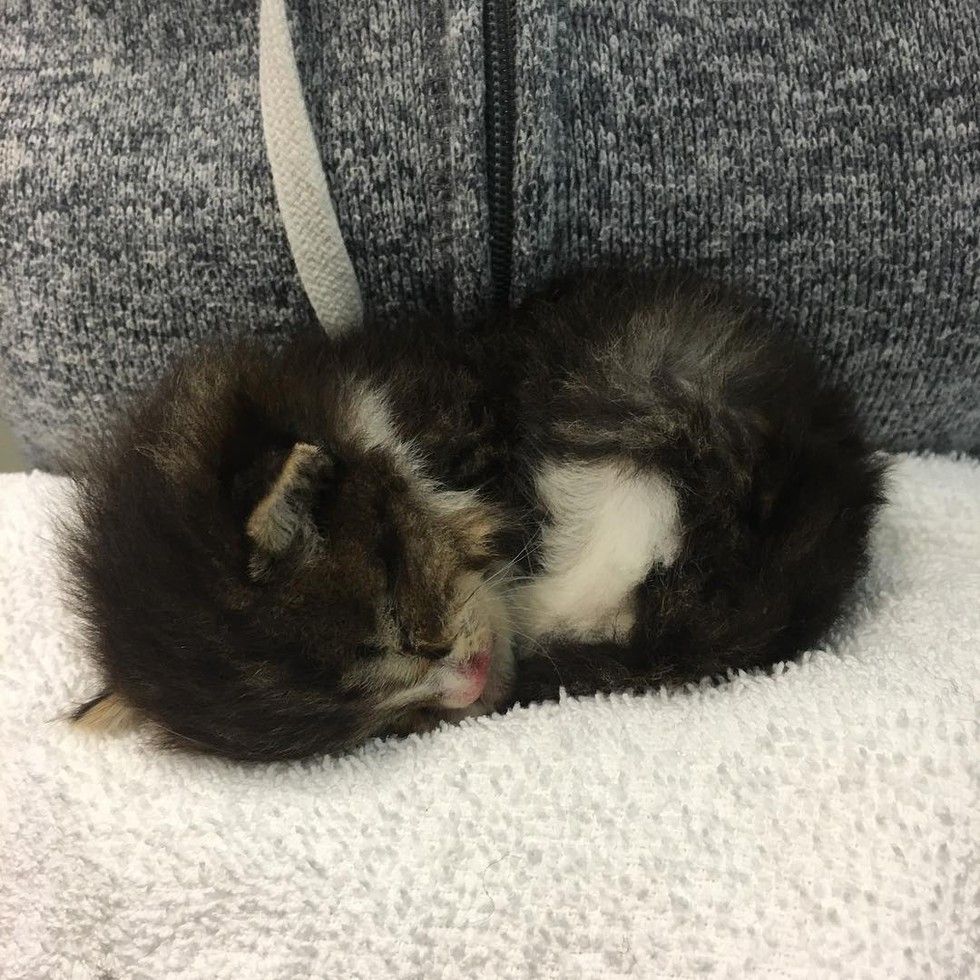 "Sage was found as a stray by an older woman after his mom abandoned him along with the rest of his litter. Sadly, he was the only one who had survived," Nora told Love Meow.

The woman took the kitten to a local pet supply store to try and find him a foster family. "One of the staff members who I am friends with contacted me, asking if I could take him. He was only 4 days old."

The tiny furball went home with Nora that day. Soon she noticed something was not right. 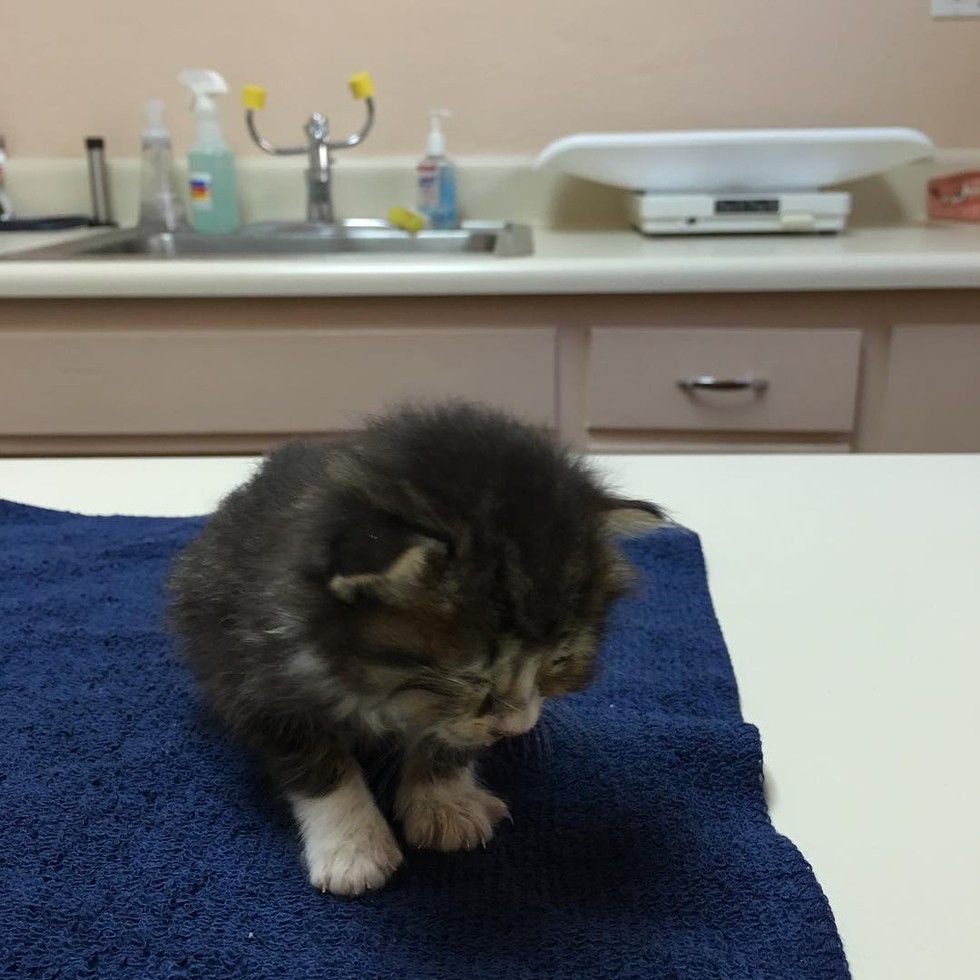 The little kitten came with a list of ailments.

"After starting him on formula and getting him in to see a vet, I found out he had a severe upper respiratory infection and an ulcer in his right eye that caused him to go blind," Nora said.

"I was told that he wouldn't be able to see from that eye for the rest of his life." 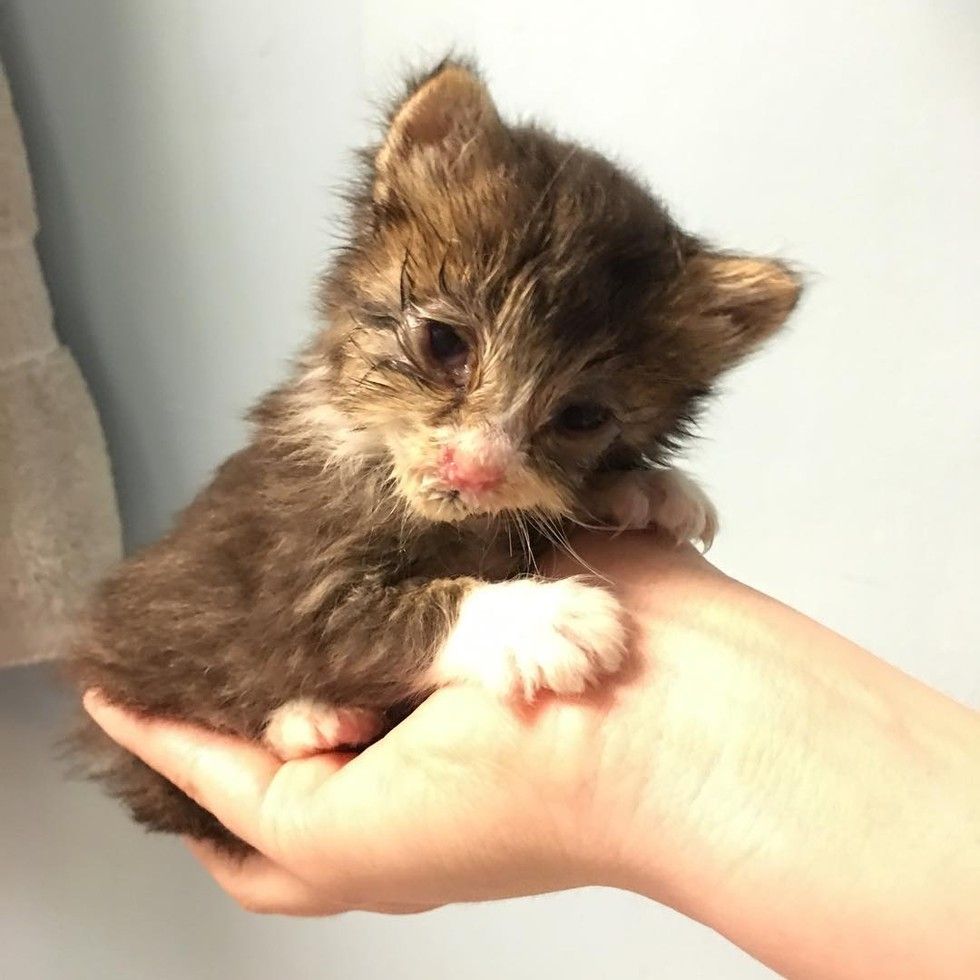 This is the first time Sage opened his eyes.Courtesy: @stagesofsage

As Nora continued to care for Sage around the clock, things began to turn around.

His sneezing stopped and there was no more goop in his eyes. At this stage, Sage almost beat his upper respiratory infection. The little fur baby started showing his spunkiness and unbridled energy.

A week after he opened his eyes, he already looked like a different kitty! 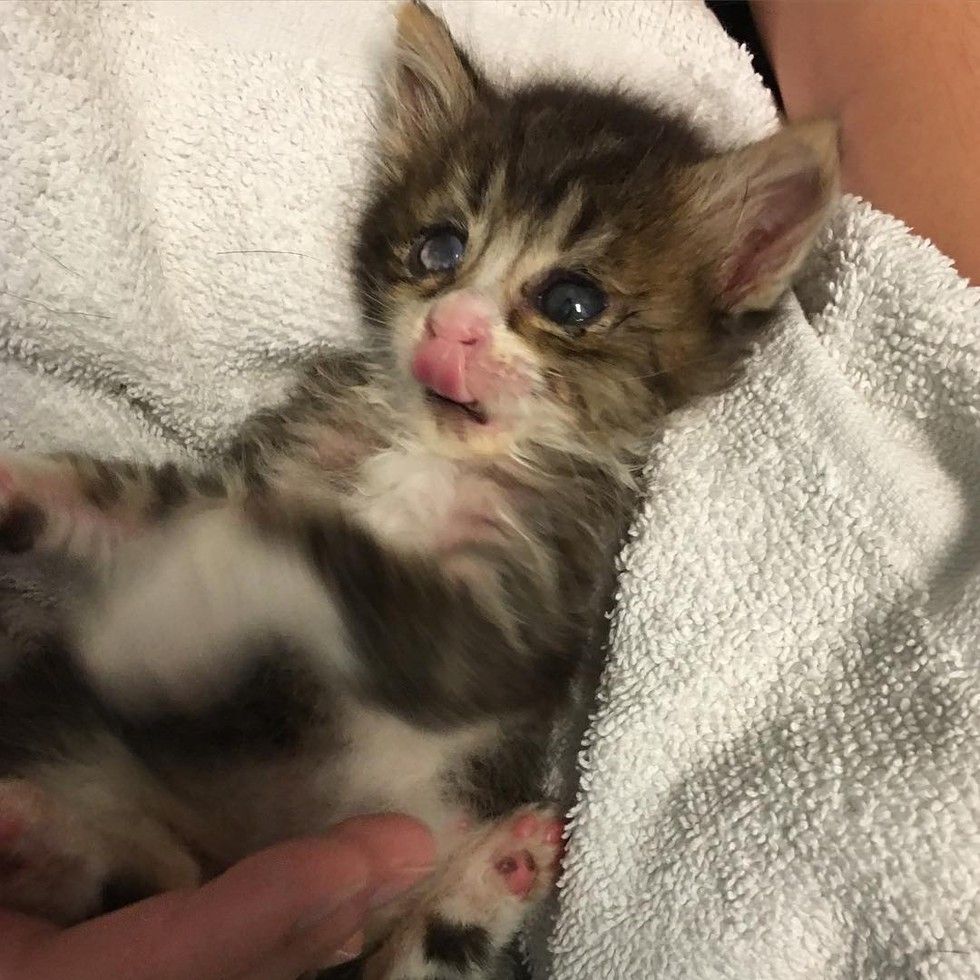 Nora began to notice change as she treated his eyes daily. The ulcer in his right eye was shrinking.

Sage on his way to see an ophthalmologist. 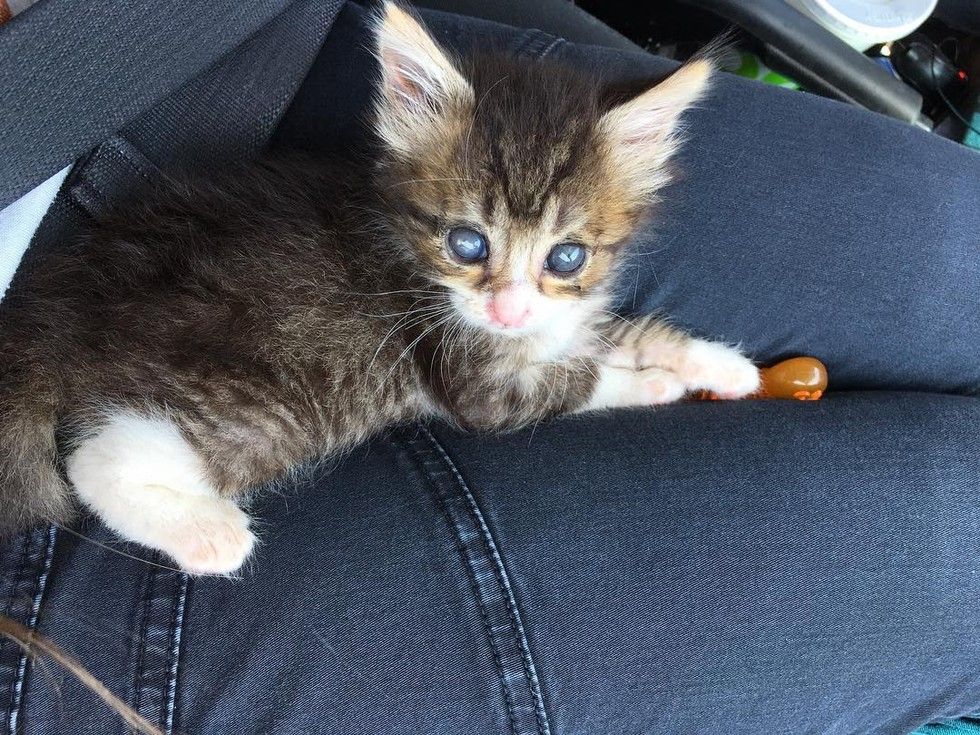 During the appointment with his ophthalmologist, they were all surprised by Sage's resilience. Not only was the infection gone from his eyes, Sage started regaining sight in his right eye. 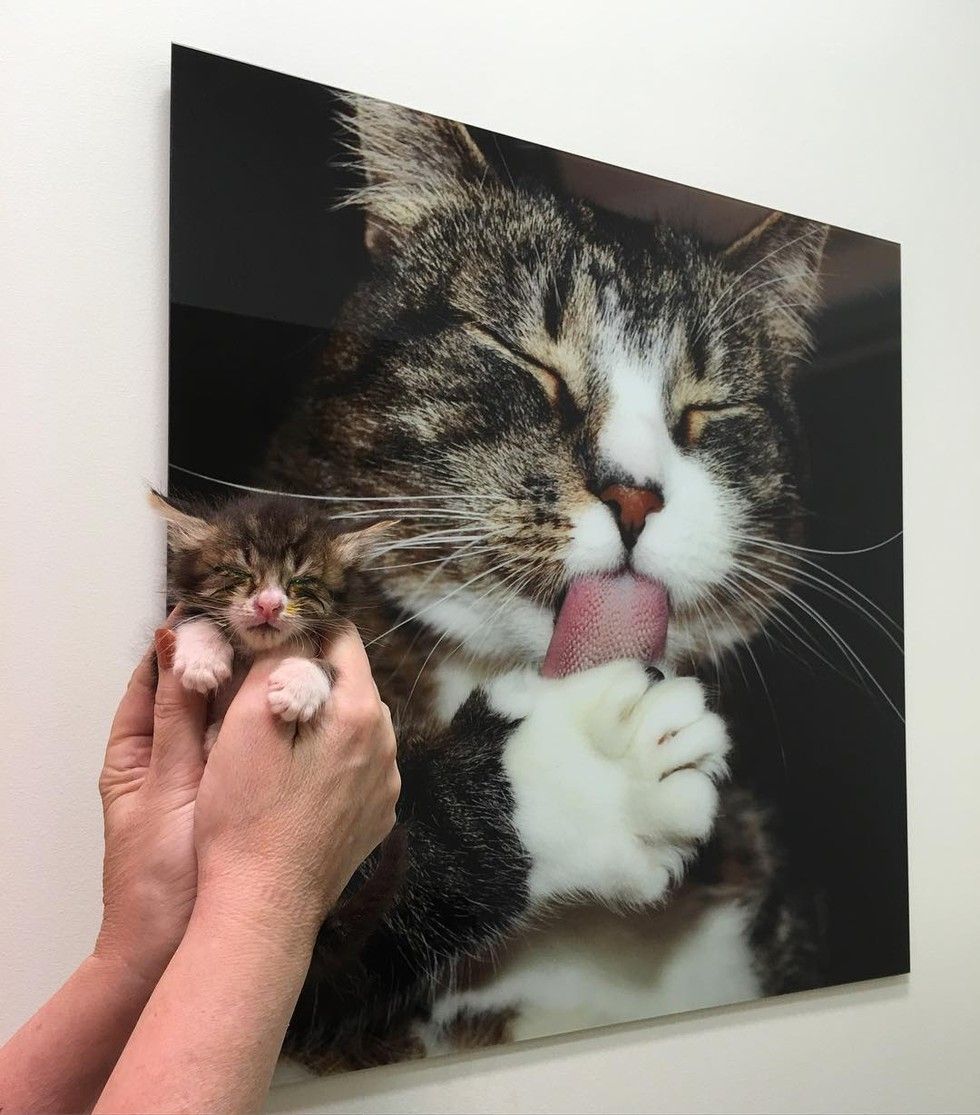 The haze in his right eye slowly faded away. He kept looking better and better every day.

"In just a couple of weeks the fog in his eye should clear and it should be normal." 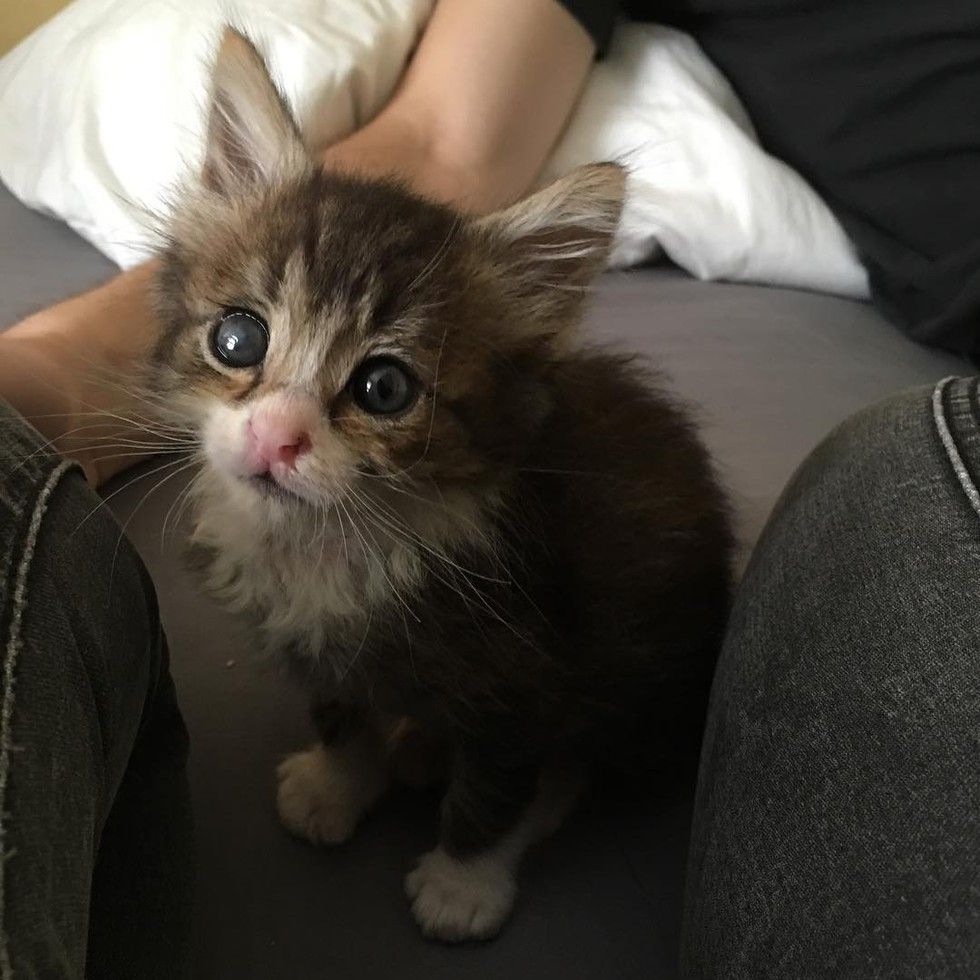 It was an emotional rollercoaster for Nora throughout his recovery. At times, it was hard, but the little buddy forged through. "Every time he faces an obstacle it breaks my heart."

Sage's incredible fight to get better has been nothing short of a miracle.

At this stage, he could see so much better and could climb like other kitties. 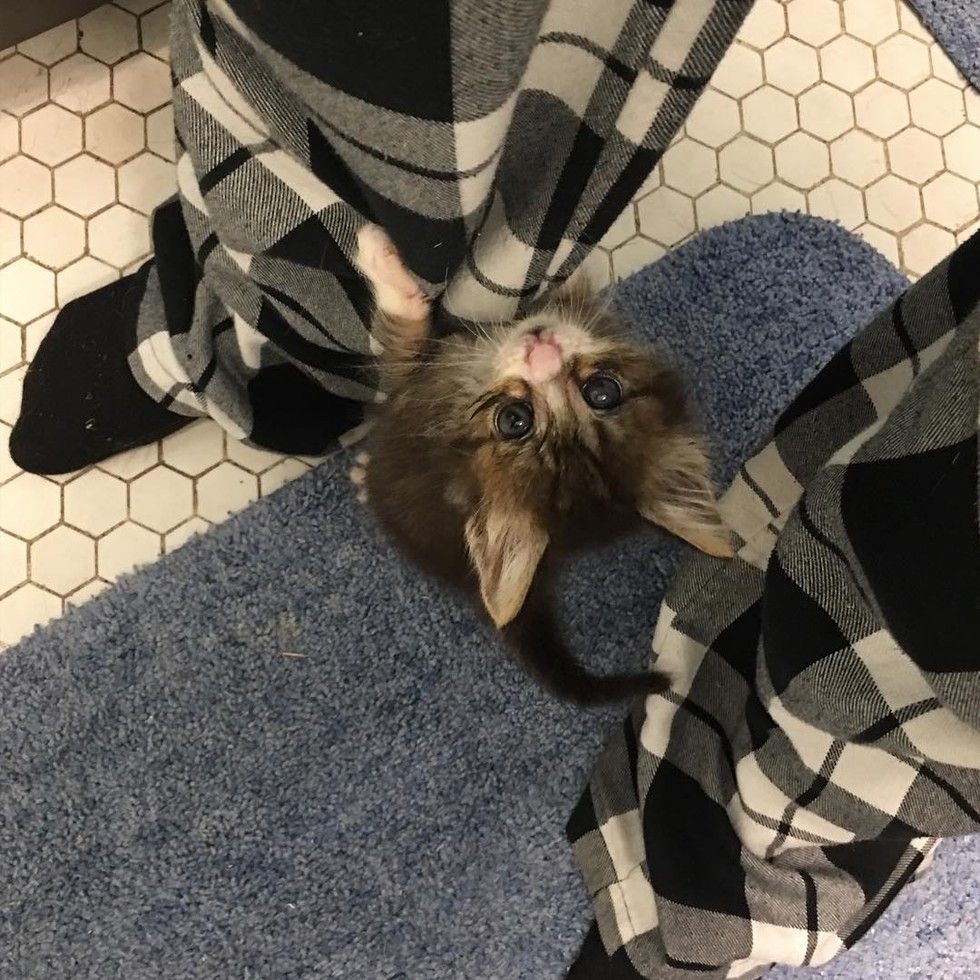 "After multiple attempted treatments and lots of love, he has regained vision and the infection in his eyes and his respiratory system cleared.

"Sage is finally big enough to explore other rooms in the house. The windowsill has become a favorite place." 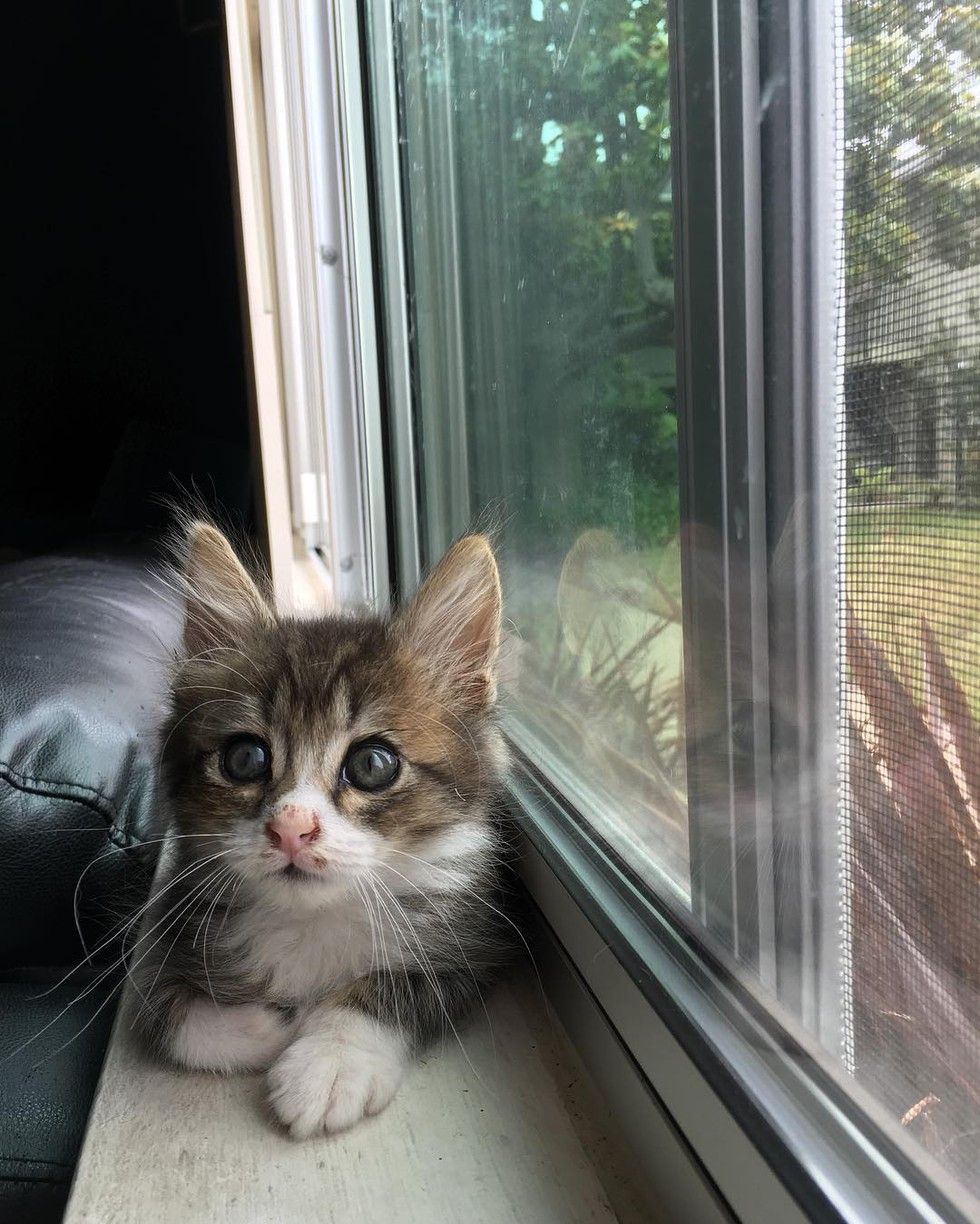 Sage is 9 weeks old now and can see perfectly from both eyes.

"He is now totally healthy. He's a very feisty, energetic guy who has been super loving and social since the beginning," Nora told Love Meow.

"I'm so lucky to have found him. He was originally supposed to be a foster but I fell in love with him right away." 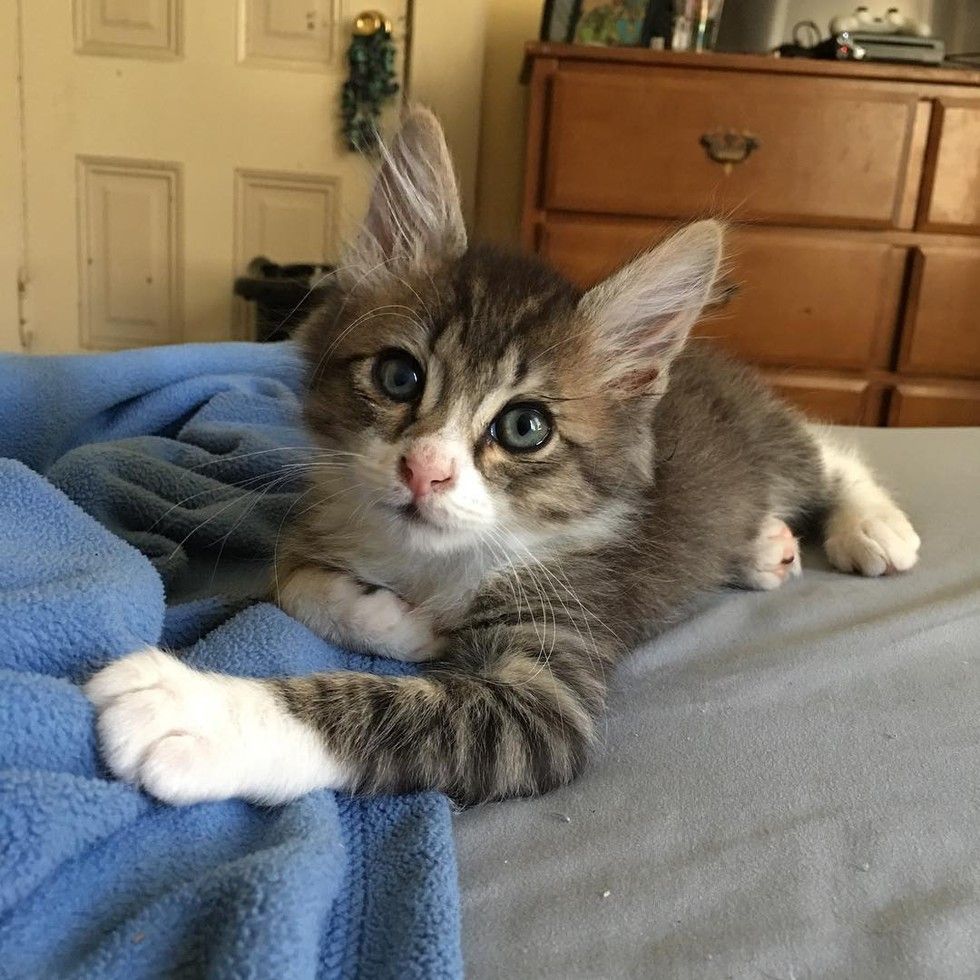 When Sage discovered his ability to climb, he just kept climbing.