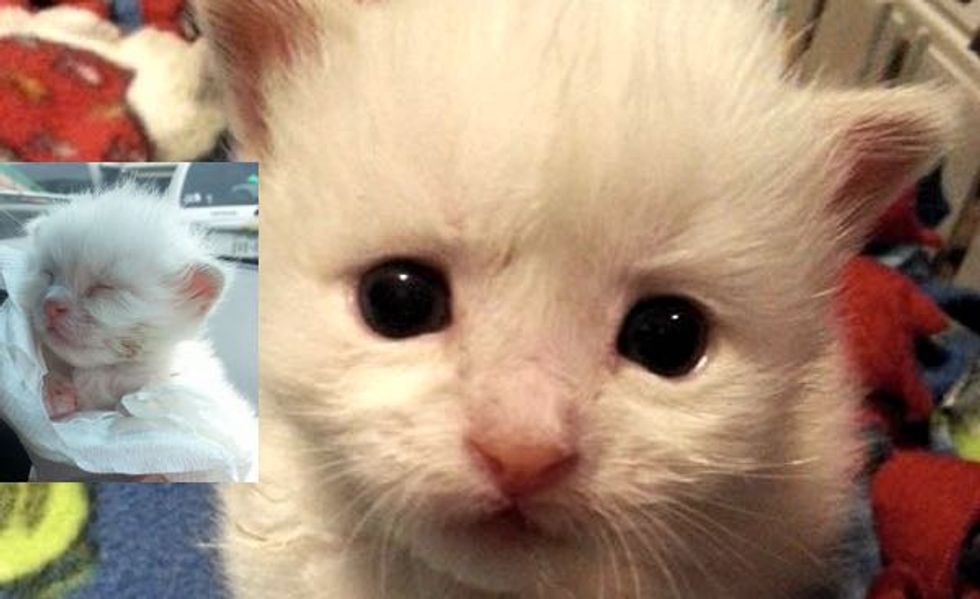 This Tiny Kitten is a Little Fighter Who Refuses to Give Up! Meet Stitch!

Meet Stitch! He's a little fighter who survived some animal attack. Stitch was in poor shape when they found him, but the little guy did not give up.

"They guess him to be about 10 days old. He was taken to my vets with a nasty gash on his neck down to the muscle. He got cleaned up, stitched up, and antibiotics. His mother has refused to feed him since the attack because she is so traumatized also. My friend Julie is bottle feeding and fostering him until he's 6 weeks old," Carla writes.

The little guy has come a long way!

[Scroll down for update]

Meet Stitch! He is a little fighter!

Stitch was in poor shape when they rescued him. The little guy did not want to give up!

Stitch taking a nap in his warm blankie after getting his belly filled.

Visiting the vet! Even Dr. Braley isn't immune to the squee factor!

Eyes wide opened! Stitch is getting bigger and stronger everyday!

Stitch is all grown up now at his forever home with his bestie!