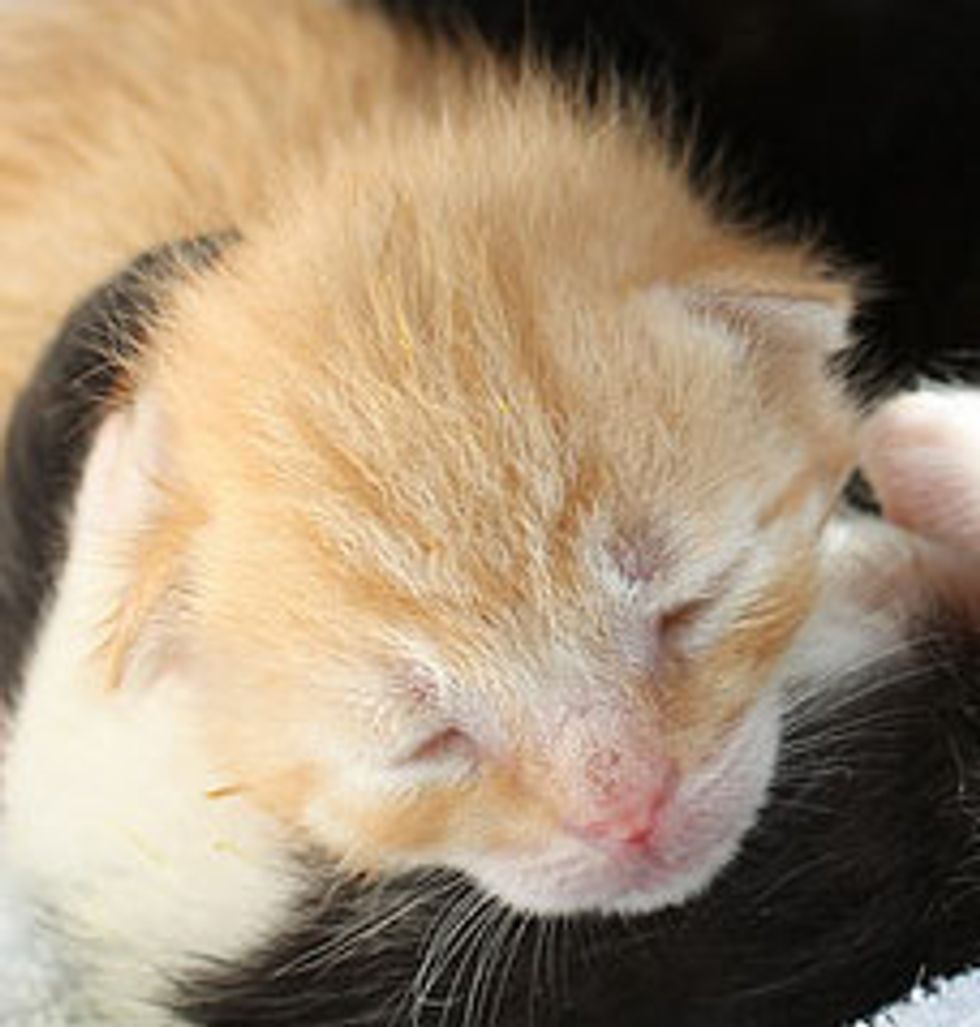 Five new born babies were separated from their mother. Their umbilical cords were still attached when they were rescued. Anne took them into her home and began her around the clock fostering.

Three out of the five kittens survived. They were named Ollie, George and Moppet. The kittens were eating well and starting to really crawl around. Anne bathed them every other day until they were big enough to use the litter box and clean themselves.

When their little teeth were starting to come in, Anne added kitten food to their formula and they were slowly transitioning to solid food.

The little tortie girl is a bright one. She was the first to try out the litter box and start eating on her own. "This little girl is tortie through-and-through. She's beautiful and she knows it, and she's a little know-it-all. She's obsessed with socks and I know when she's stealing one because she sings a song to it," said Anne.

Ollie is a loud purrer. "He is so incredibly sweet and snuggly as are the other 2 but he's especially so.

George has no idea that he is a cat. He is a little gentleman who always looks fantastic in a tux. "He's so sweet that I can hardly stand it," said Anne.