A ginger kitten was spotted under a truck by a good Samaritan. He was so tiny that he could fit perfectly in his rescuer's hand. The little kitten was just a couple of days old with his eyes still closed. 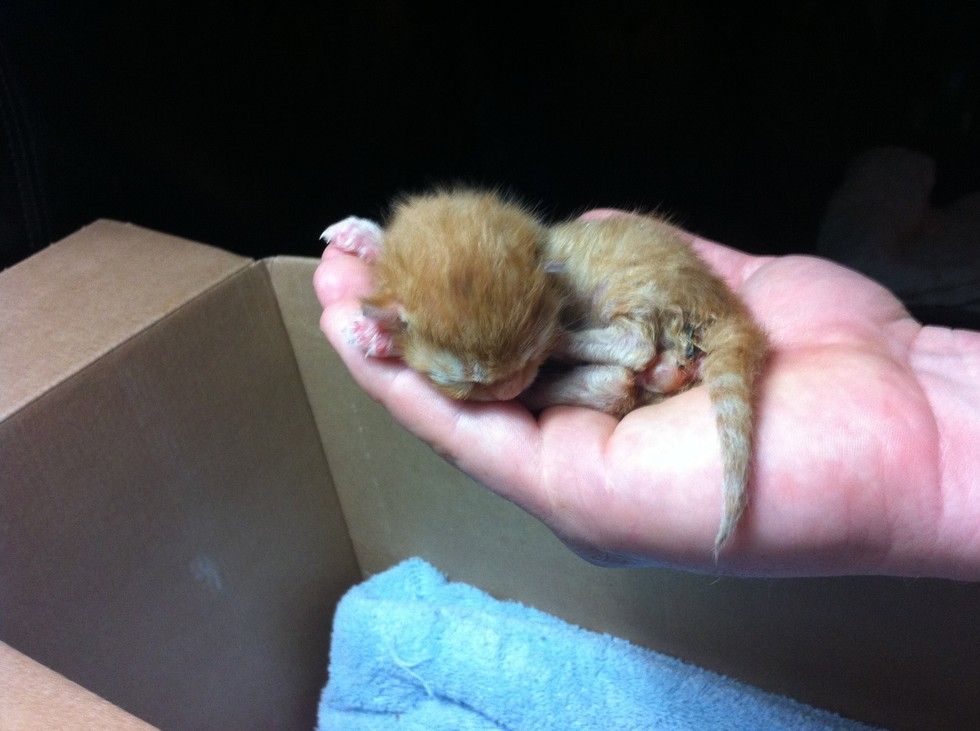 "Neighbor found this tiny guy under his truck. The vet said he was only two days old and his chances of survival were low," imgur user Killerismycat said.

Despite what the vet said, the little miracle kitten got better and stronger every day. "He made it through all of the troubles with only a few problems."

He was mini sized, when they found him. 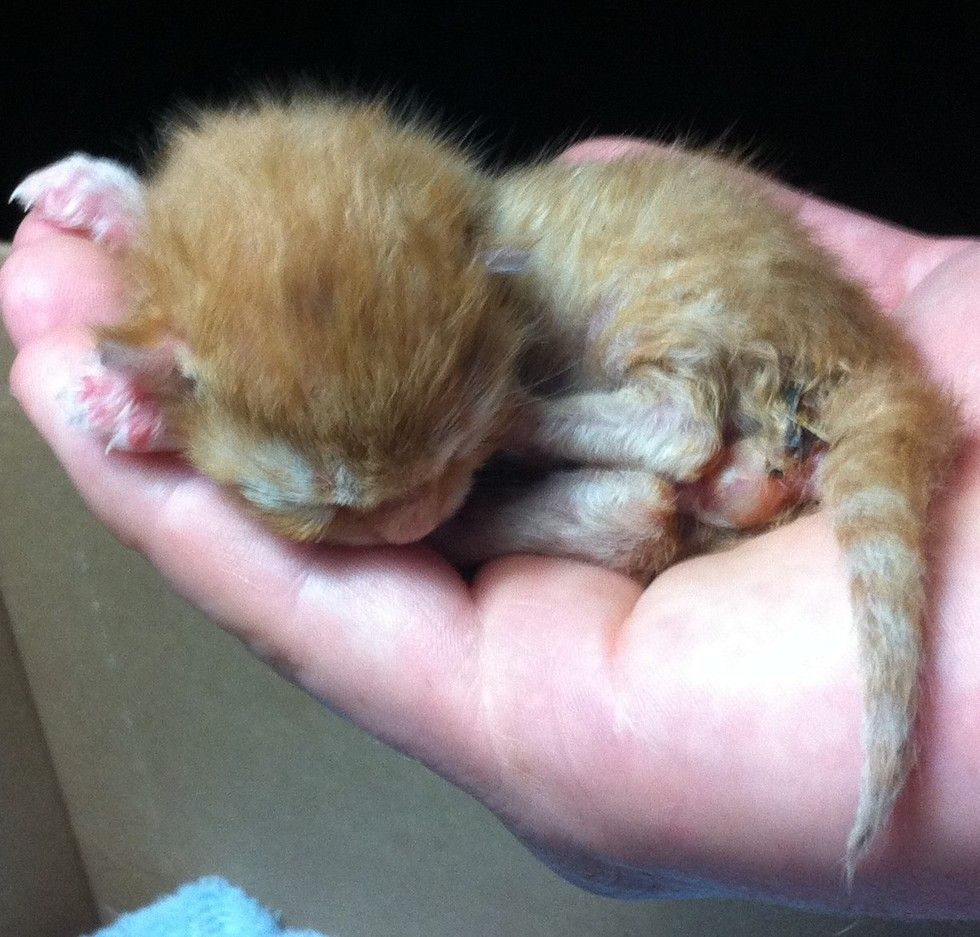 The tiny ginger boy really surprised his humans with his strong will to live. Even when his eyes were still closed, he was eating like a champ and purring as long as his human was by his side.

"This one's name is Braeburn as an apple is what I had for scale at the time." 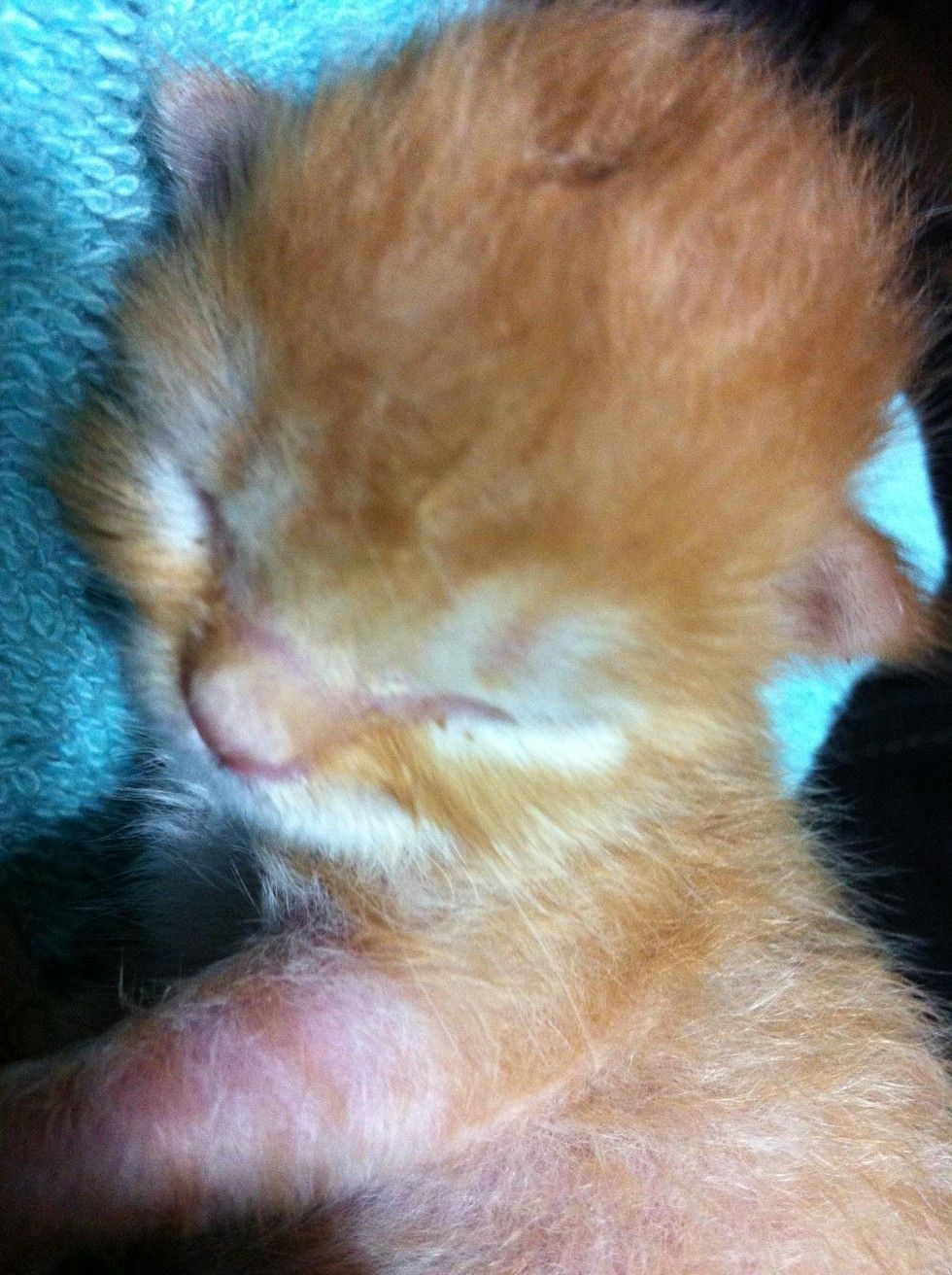 They didn't know how this fur baby ended up under the truck, but they knew he was going to be all right.

He fell asleep in his human mom's hand after a full meal. 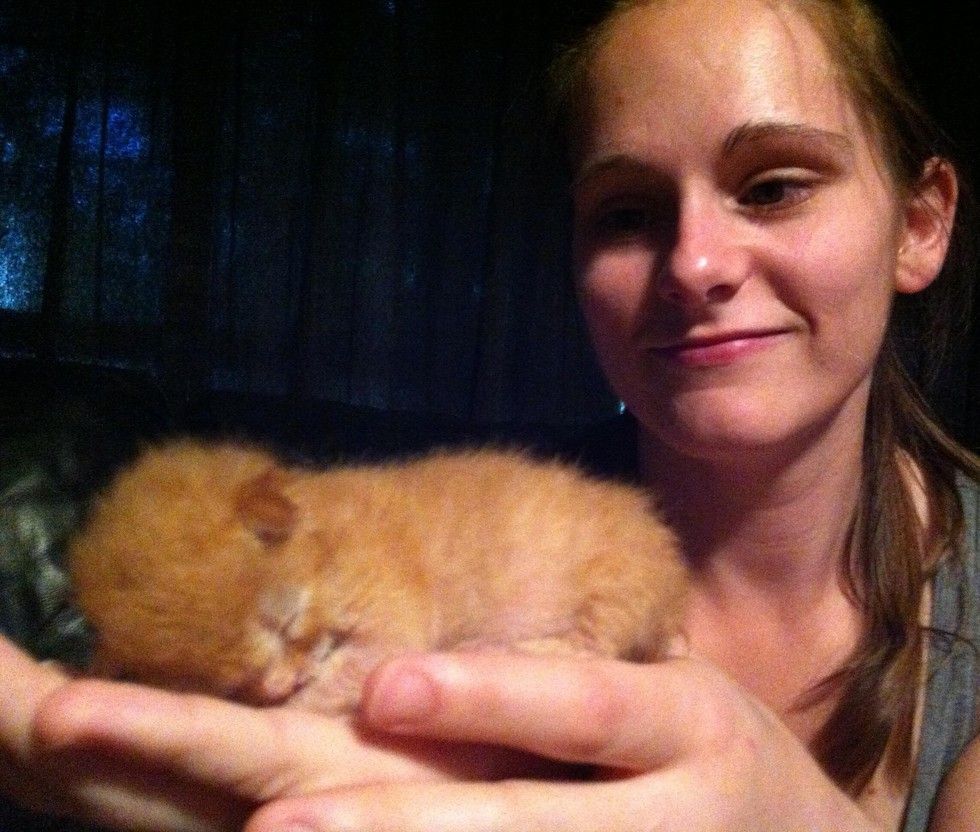 They were right. Look what a handsome fella he's become!

"Today my little ginger is four." 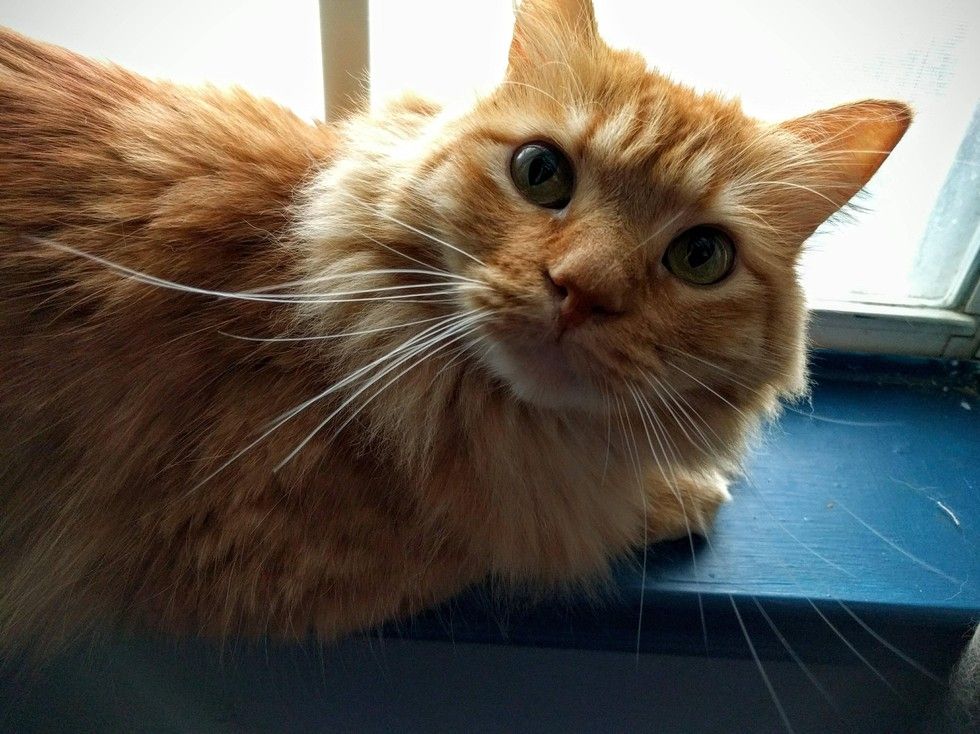 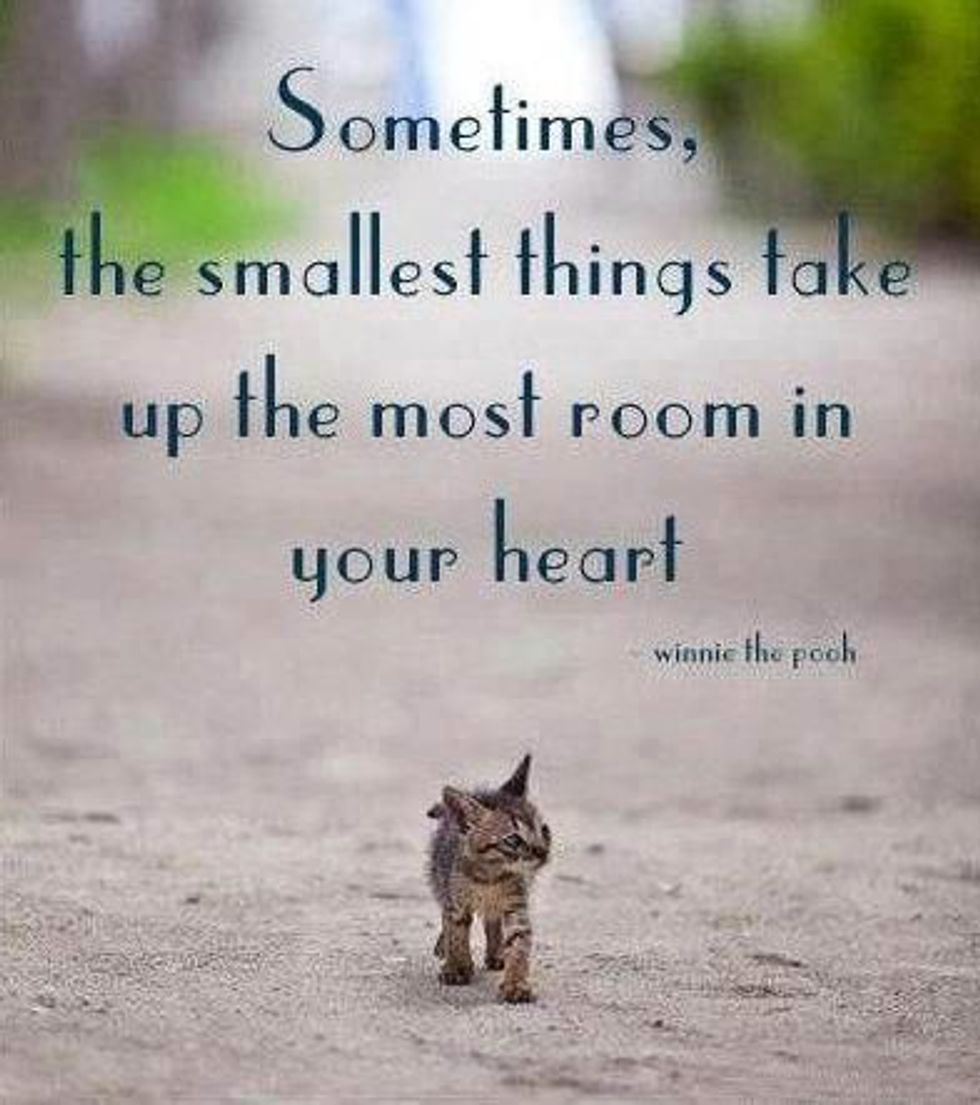