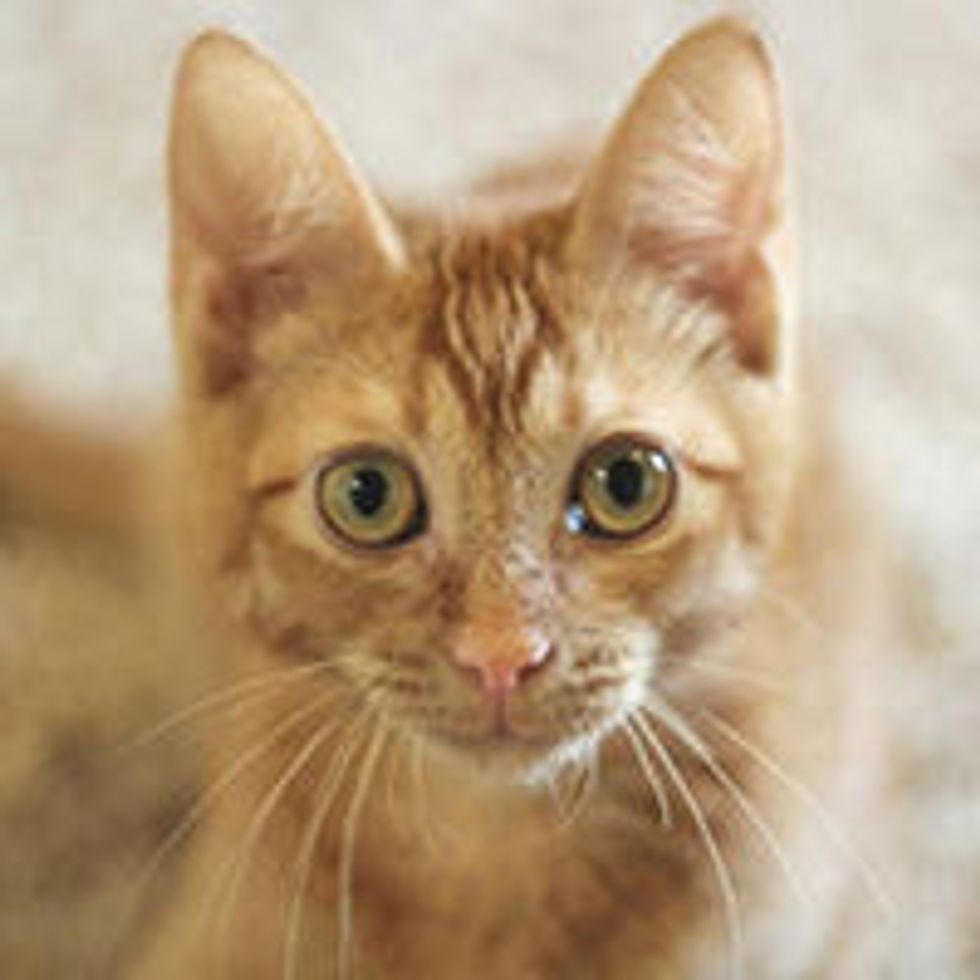 A very special kitty was born to a feral cat mama who escaped near death and was given a second chance. Her little ginger boy wobbled into the world with an ability that touches people's heart.

"Pawsitive Karma Rescue rescued Elizabeth Taylor (the feral pregnant cat mother) from another shelter and she entered our foster program," said Tabitha Galeana, fosterer of PKR in central Texas. When they saw the newborn ginger boy, they immediately realized that he was special. They named him Triton. "Triton is a handsome and laid back kitten who has been diagnosed with a disorder called Cerebellar Hypoplasia (CH). CH affects the kitten's cerebellum growth, which can cause mild to severe difficulties with coordination, balance, and fine motor skills. Some people misunderstand the condition as being painful and/or contagious. However, they have a normal life expectancy and are very affectionate, sweet, and loving. They return the extra care they need with an intense bond and love for their adoptive families," Galeana added.

Triton might fall or tumble a little bit when he walks, but that only adds extra cuteness to his larger than life personality. His wobbles never stop him from being happy, playful and mischievous around the house. "Though he has difficulty with balance, coordination, he has absolutely no idea he is different! Triton loves to tackle his foster friends, Amanda and Tammie. Amanda and Tammie do not have CH, Triton is still able to hold his own against his high energy kitten friends. In fact, he wins most kitten wrestling matches! He also loves to play with feather toys and all kinds of paper bags."

Triton is a very laid back kitty who loves to practice his walking with his foster parent. "[His] disability doesn't hinder him from much activity. He can still get around, play normal, can use the litter box and eats on his own. Triton is just like any other kitten." He is abled in a different way: to touch people's heart with his will to live life to the fullest despite all odds. Now all he needs is a forever loving home.

Triton loves to take walks around the neighborhood on his kitty harness. Seeing all the different colors and animals of the outdoors stimulates his mind and makes him a very happy kitty.

Sweet Triton is a happy cat who shows animal lovers that CH animals can live happy normal lives and deserve a chance to live. He is now looking for a forever loving home. You can find his full story here or follow his updates at PKR's facebook page.