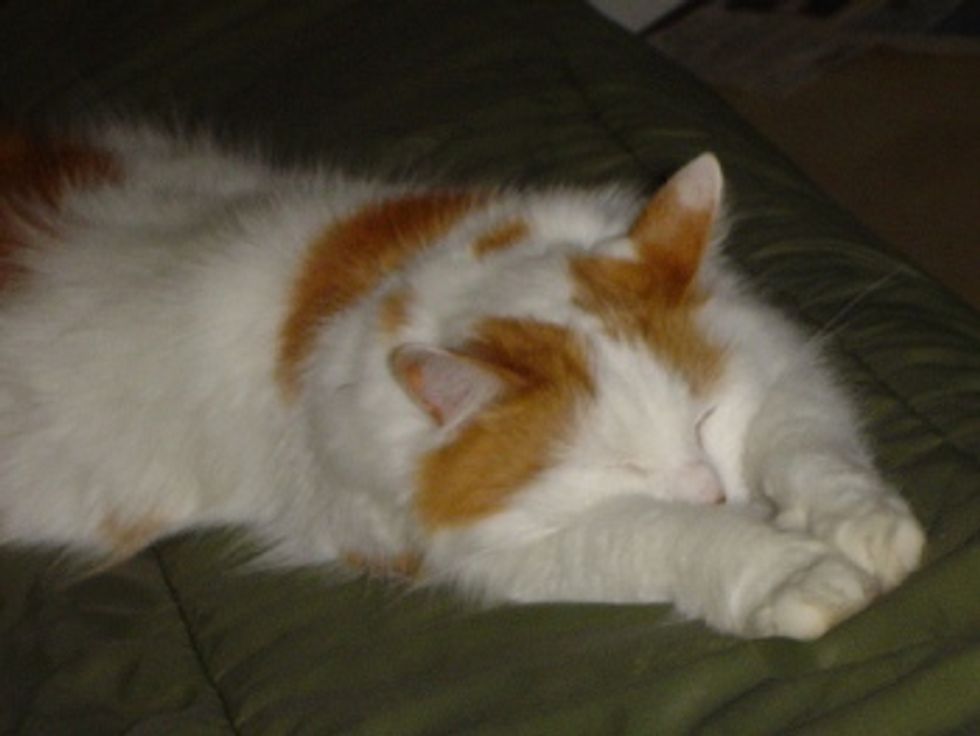 There are many breeds that can be found in this country, each with its own characteristic appearance and temperament and history. If you are looking into getting a cat, think carefully about what you would characteristics you would like to see in your new companion. Perhaps you would care to consider:

A rare and ancient breed of cat, the Turkish Van was depicted on ornaments as far back as 5,000 B.C. The Turkish Van was so named for its region of origin, central and southwest Asia. The area includes the modern countries of Iran, Iraq, Armenia, Syria, and eastern Turkey. Van is a very common name in the area. There is in fact, a Lake Van which is also Turkey's largest lake, so it is not surprising that Van was used as part of this breeds name. In fact, this cat is known sometimes in its lands of origin as the "Vancat". Turkish Vans were brought back to Europe by the Crusaders on their return from the Holy Land. These cats were called several different names during that time including; white ringtail and Russian Longhair.

The first Turkish Van cats to arrive in England were brought in 1955.The breed was initially called the Turkish cat in England but this name was modified to Turkish Van later to avoid confusion with the Turkish Angora. The various names under which this breed was known in Europe created the misconception that is was simply a variant of the Turkish Angora. They are, in fact, very distinct breeds with separate histories. The Turkish Van is very much the new kid on the block in America having been here only since a first importation of a few kittens in the mid 1970s, but the breed only began to take off in this country with a second importation from France in 1983. The Turkish Van has since attracted a loyal and spirited group of breeders and fanciers.

Turkish Vans are unfortunately rather rare even in their lands of origin. They are large and strong cats that are very intelligent and are very curious. They are also very healthy cats. Turkish Vans are unusual in that they require three to five years to reach full maturity. There is one other characteristic that makes them highly unique. Turkish Vans love water. In their homeland, Turkish Vans are sometimes referred to as the swimming cats.

The Turkish Vans most distinguishing feature is his coat. The breed standard requires that Turkish Vans have a white semi-longhaired coat with colored markings confined to the head and tail. Cats of other breeds who display a similar color pattern are often said to be "van-patterned". The coat lacks an undercoat and has a very unique and beautiful texture similar to cashmere. This wonderful cashmere texture of the Turkish Vans' coat makes it waterproof. Another plus to their unusual coat is that it doesn't easily mat or tangle and so requires little grooming.

The Turkish Van cat is an ancient breed whose winning ways continue to charm people to this day. Give the Turkish Van cat a closer look. These cats' great intelligence and intense curiosity could make it interesting and entertaining pet. This cat may be exactly what you are looking for in a new companion.