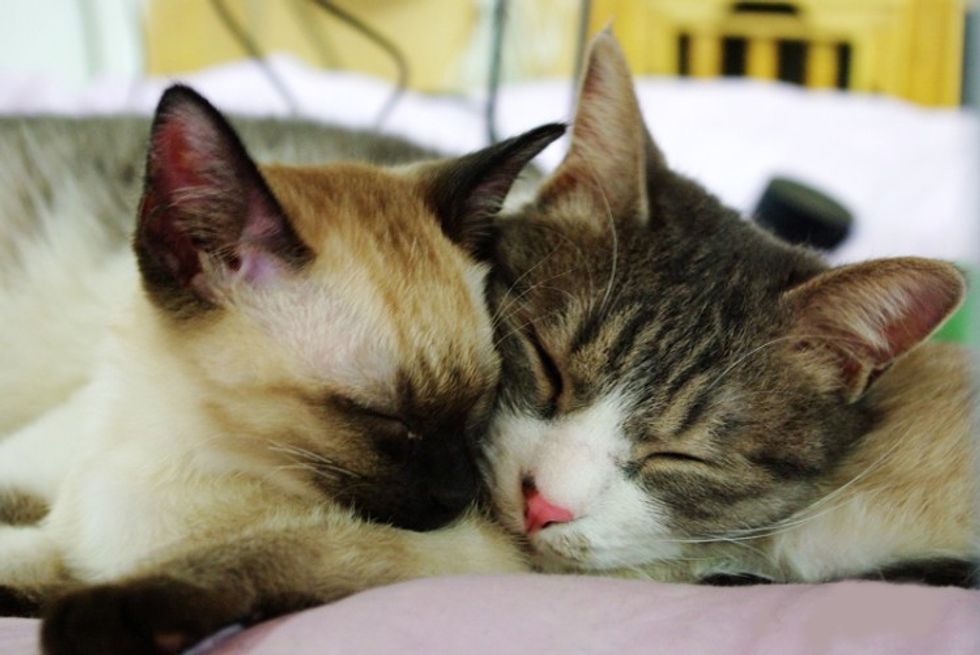 Snow, a lovely Siamese kitten had to stay with Dan the cat for a few days because her mommy was out of town. Snow was only a few months old, much younger than Dan who was turning two that year.

When they just met, they felt a bit shy and nervous, not knowing what to do, but within a day, things took a drastic turn. Read on...

Soon they had made acquaintance with each other:

The two were sharing a bed already:

Though sometimes they stared at each other:

Even started a fist fight:

They were just playing :):

They always made up afterwards:

Dan was like a father taking care of his own kitten:

Snow was very thankful for that:

This explains why Dan's daddy had a hard time returning Snow to her mommy.