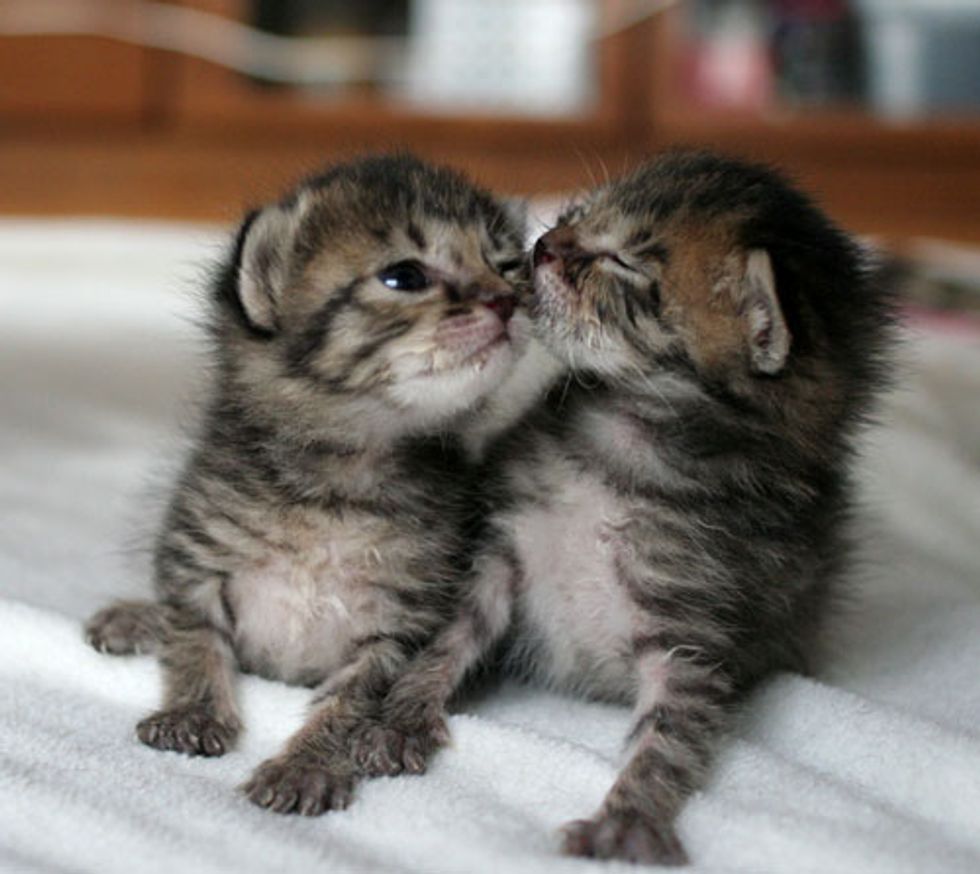 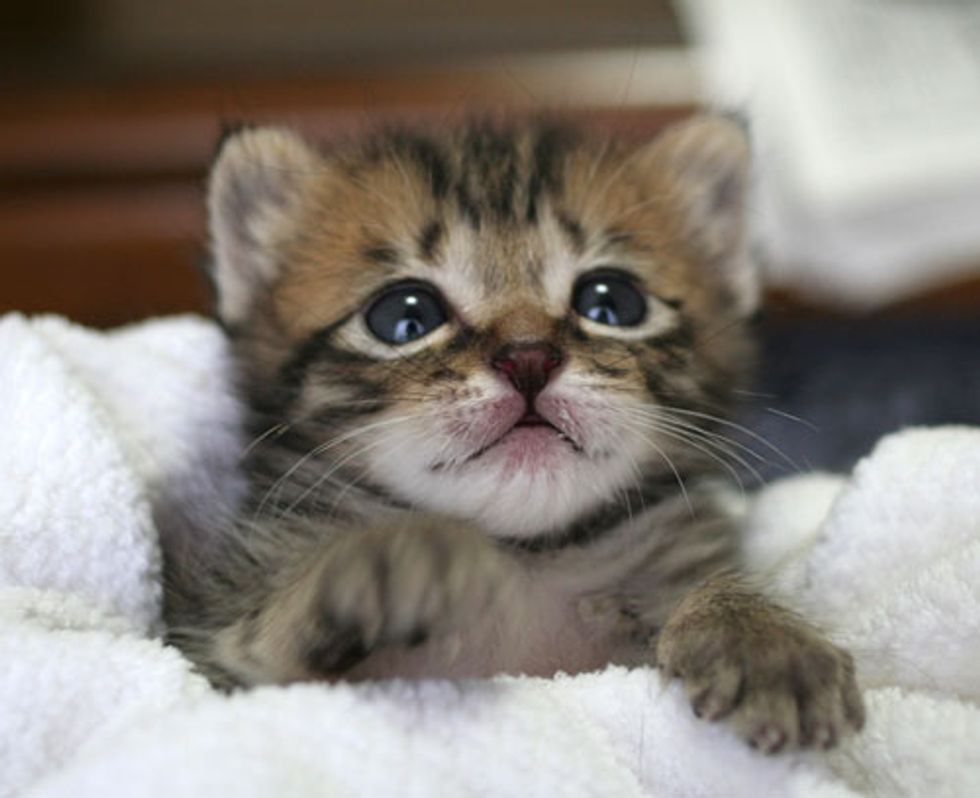 Chobi was jogging near a pond one evening and heard kittens crying. As a volunteer for a rescue group in Japan, her instinct immediately led her to look for the source of the crying. She spotted a suspecious box and walked towards it.

The cries got louder as she approached it. When she opened the box, there were two tiny little kittens whose eyes just recently opened squirming around in the box. Right away Chobi decided to take the little kittens home with her.

"It was apparent that someone abandoned the kittens there. When I got home, Ran, my ginger cat peeked through the hole at the bottom of the box to check out the new comers."

"The box was so tall that there was no way the kittens could escape. It was covered with a lid. One of the kittens had a closed eye, so I took them to the vet right away. The doctor said the kittens were about 7 to 10 days old. He cleaned the little one's eye, so she could finally open it."

Chobi fed the kittens around the clock, weighed them in every few days to make sure they were growing and getting stronger.

"I am so glad that I was able to watch them grow and give them the second chance to live a wonderful life. I feel like I am the lucky one for finding them. It was truly rewarding." 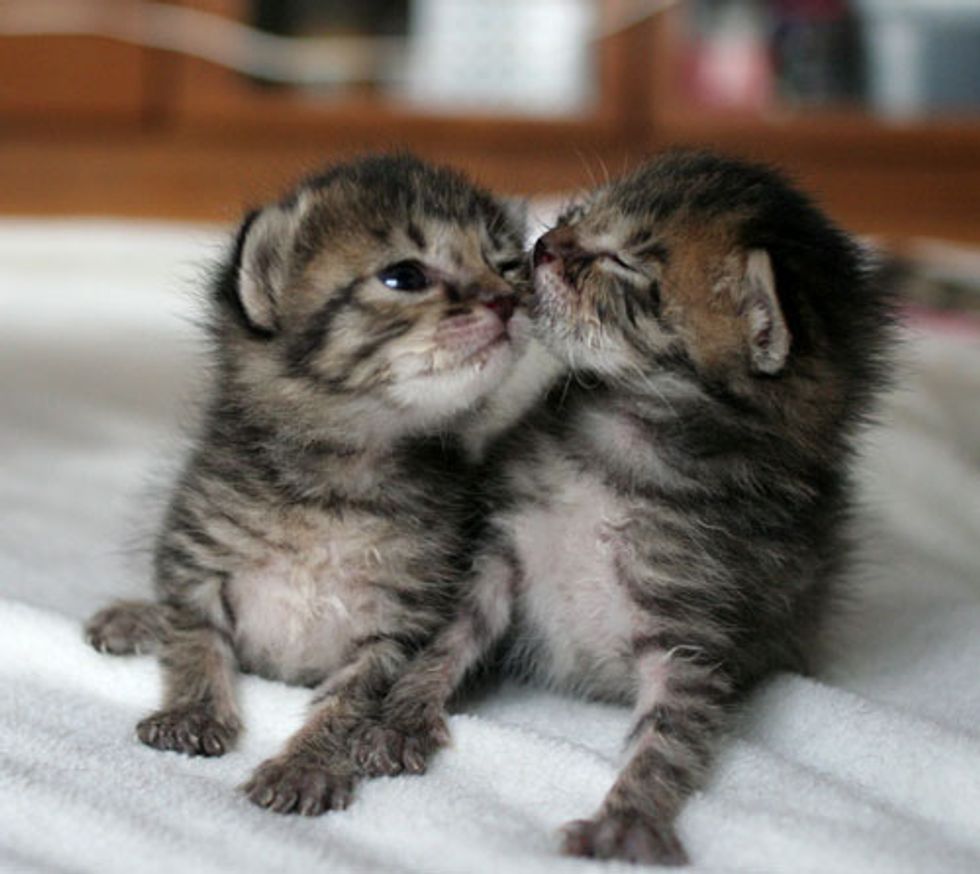 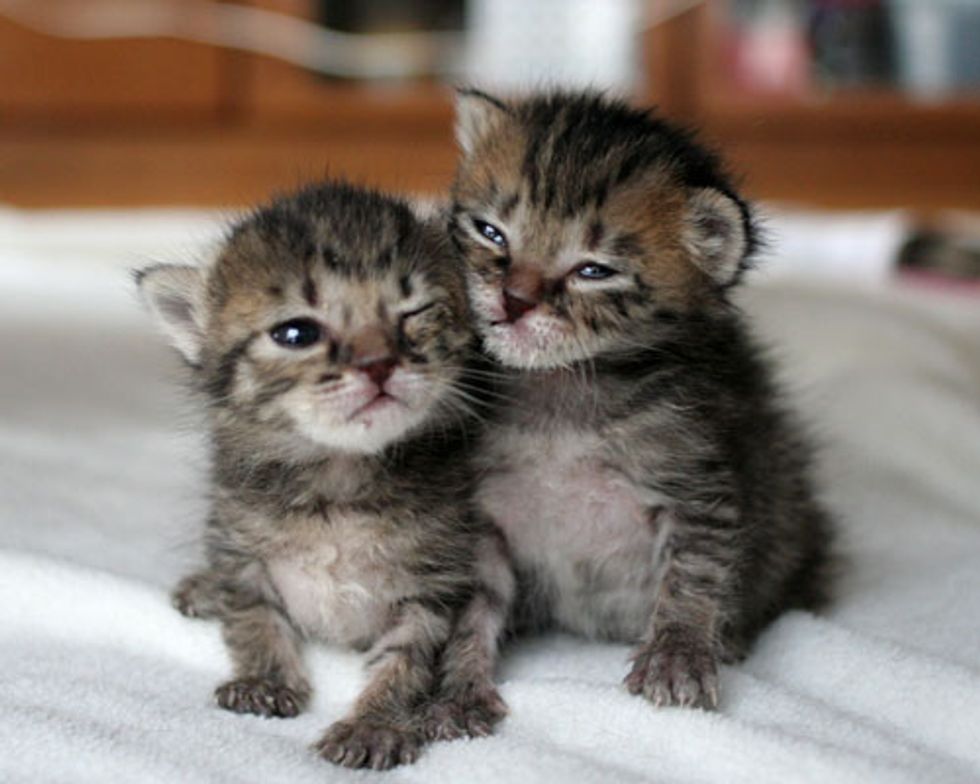 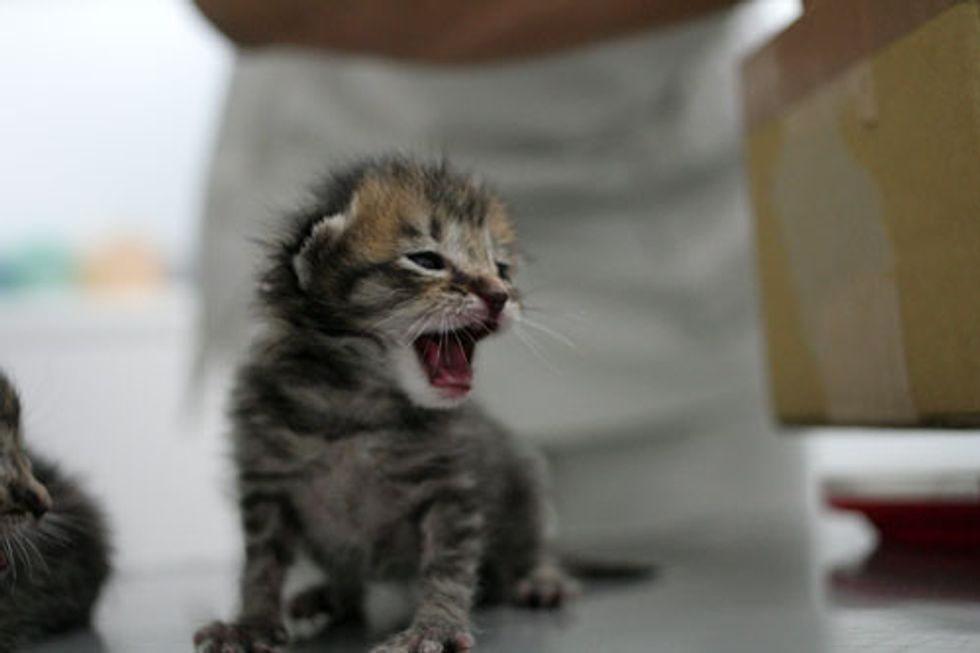 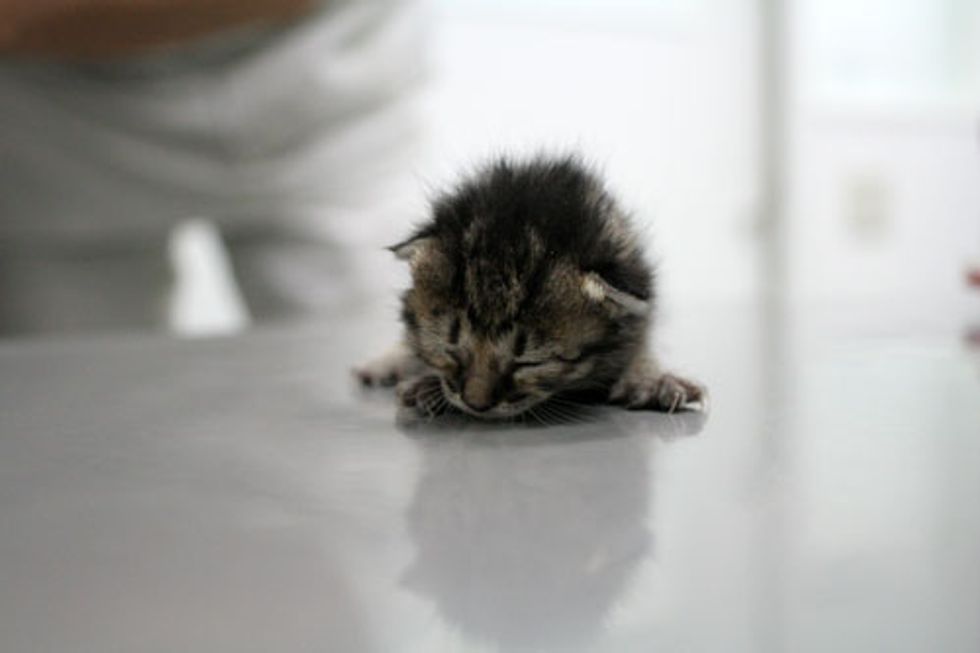 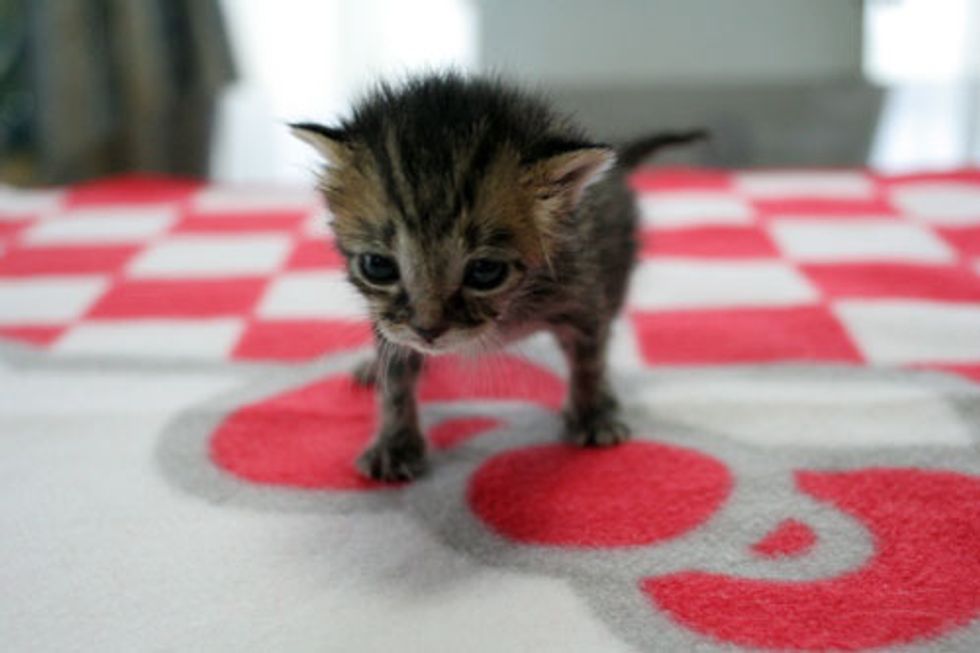 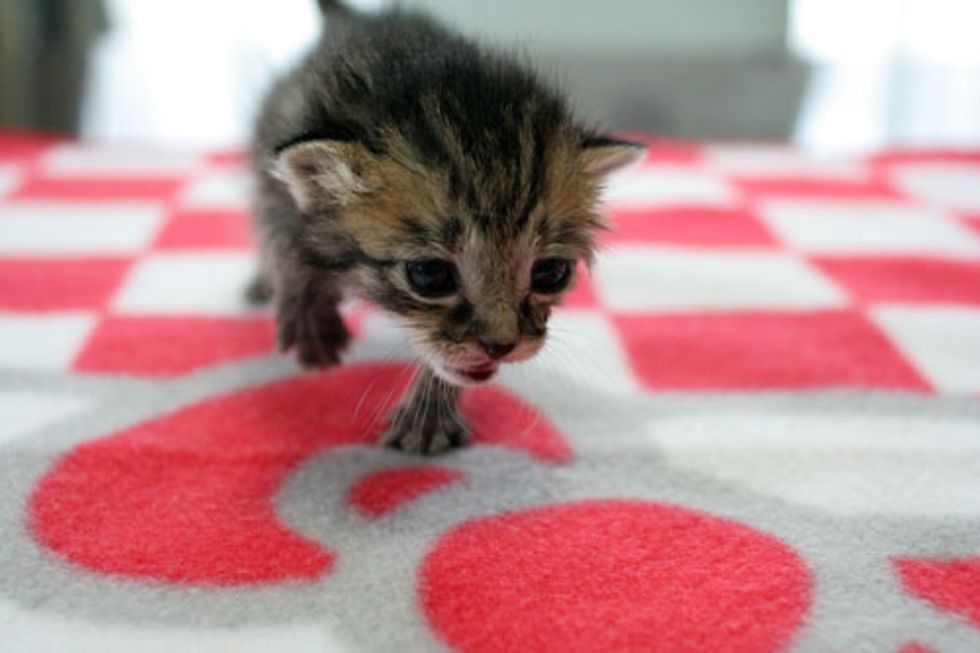 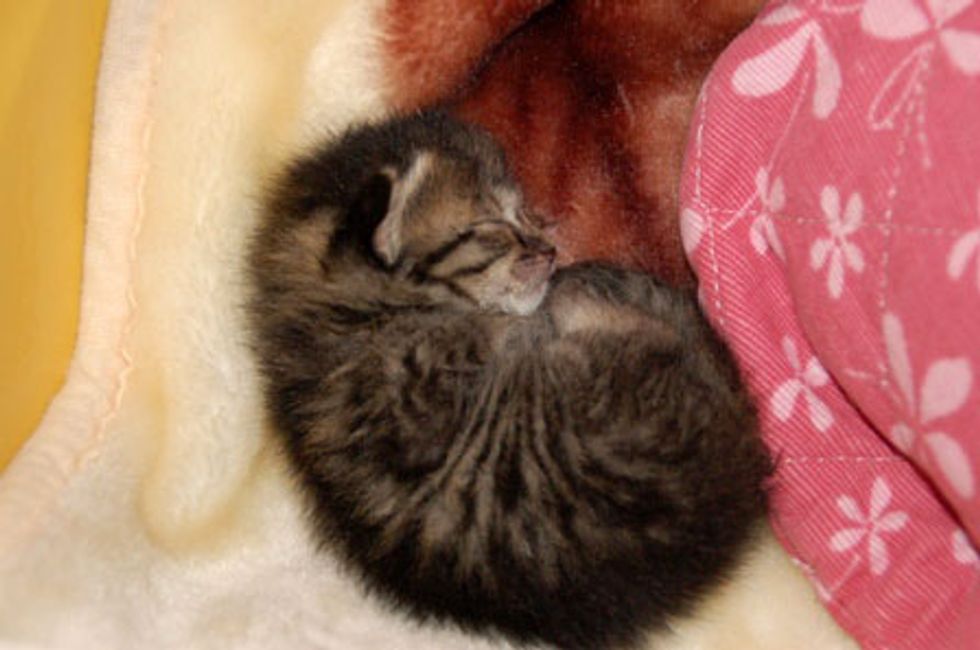 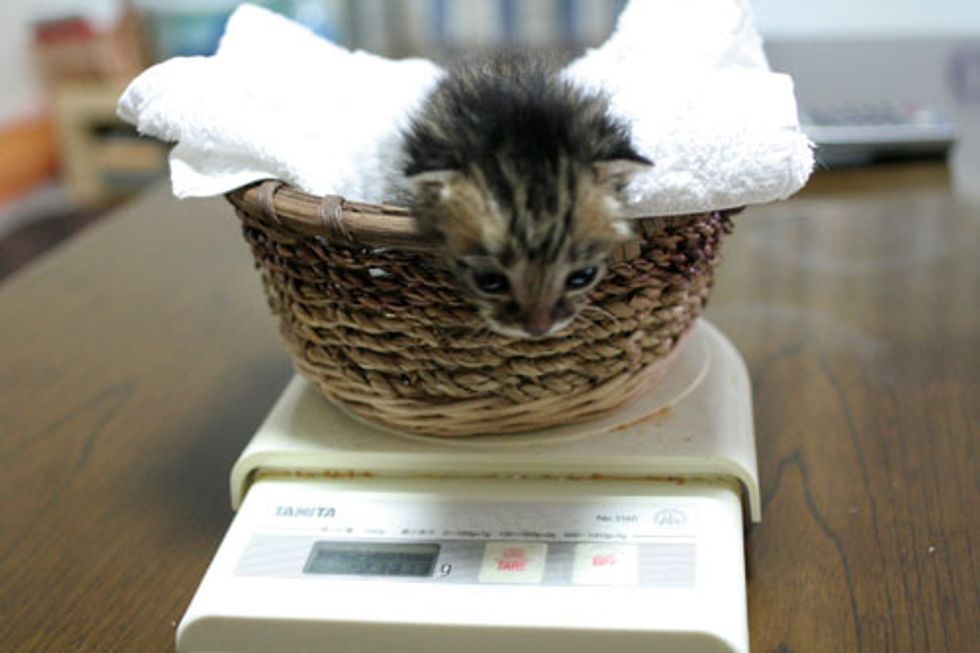 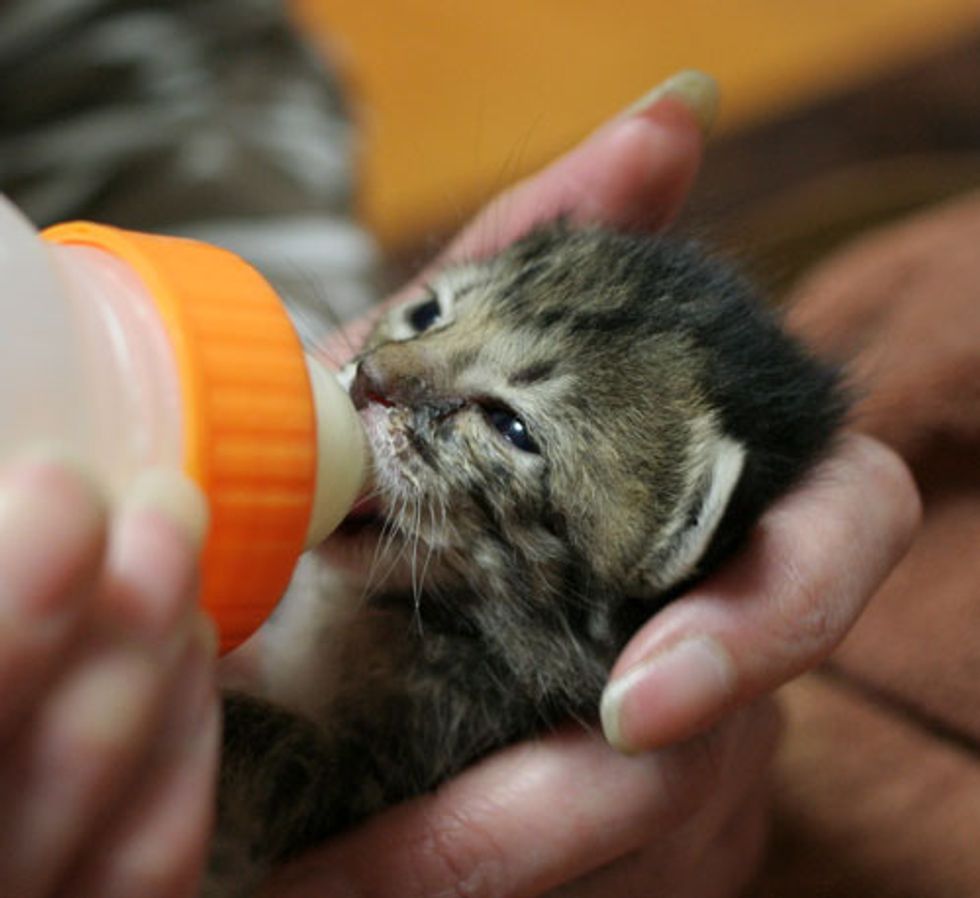 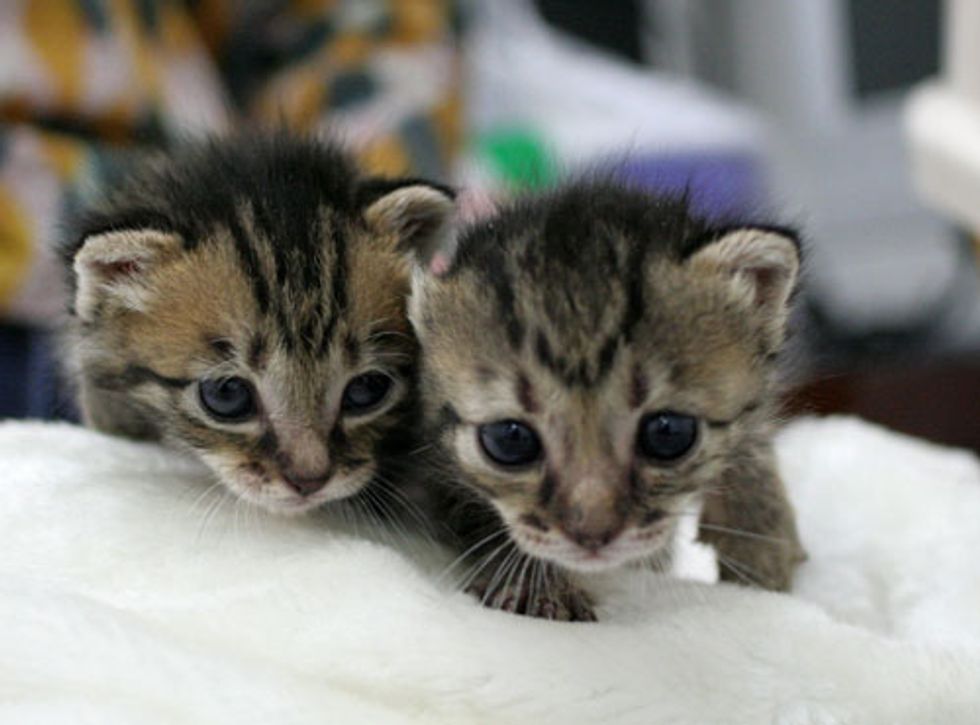 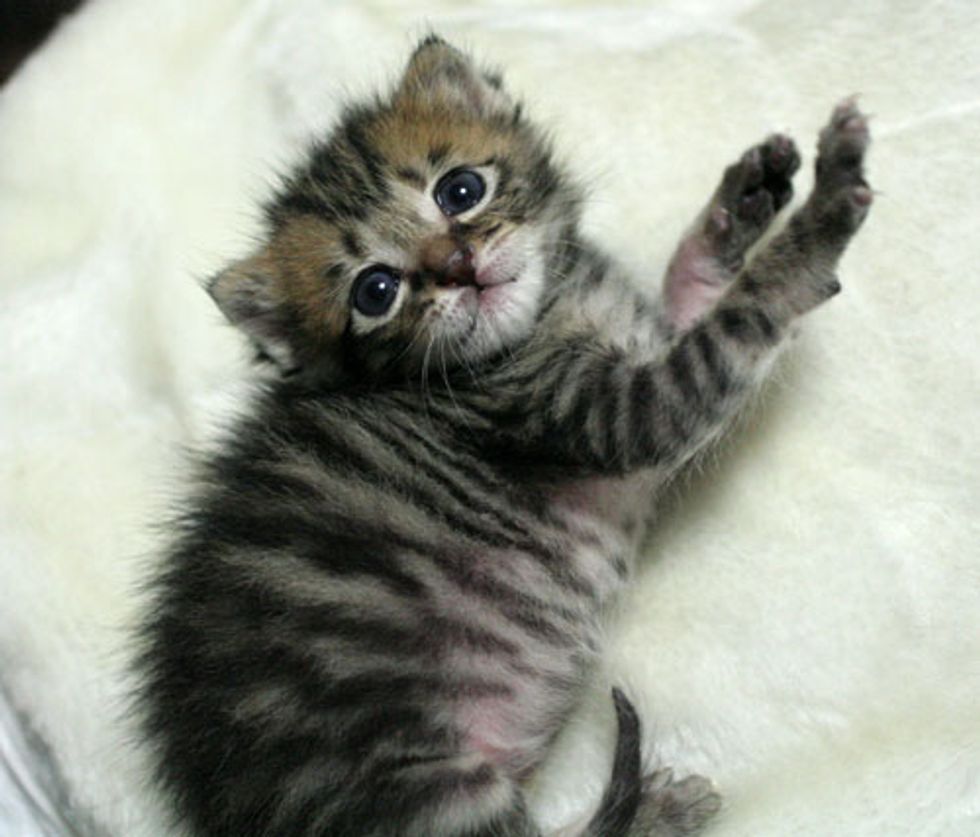 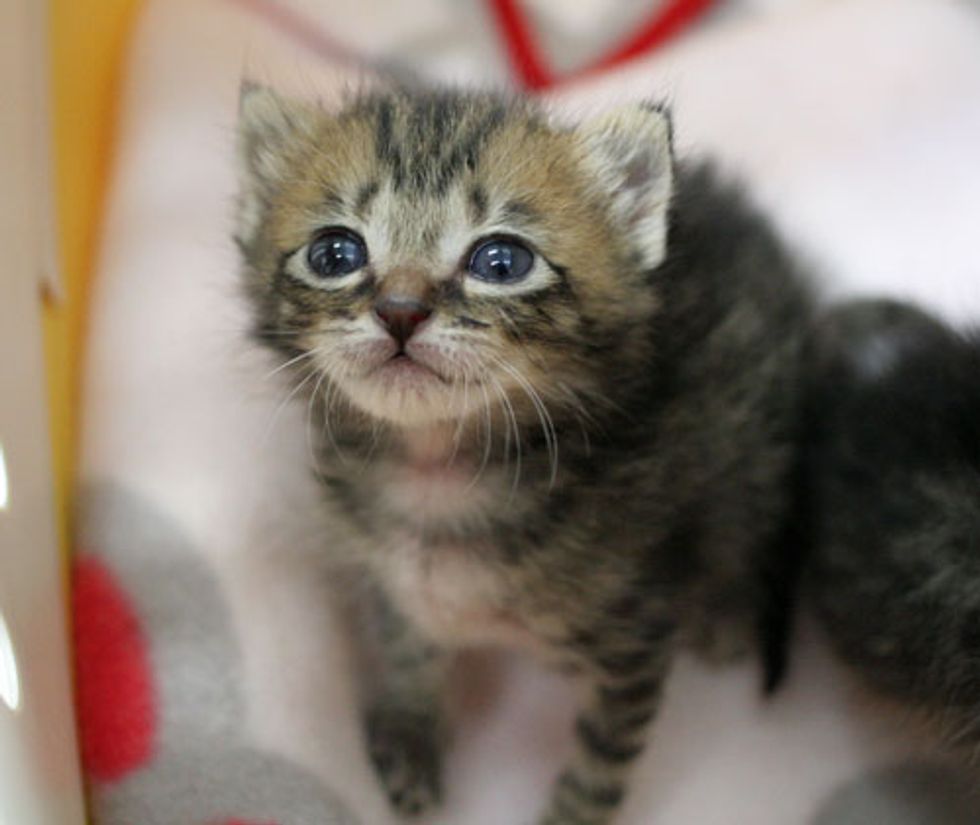 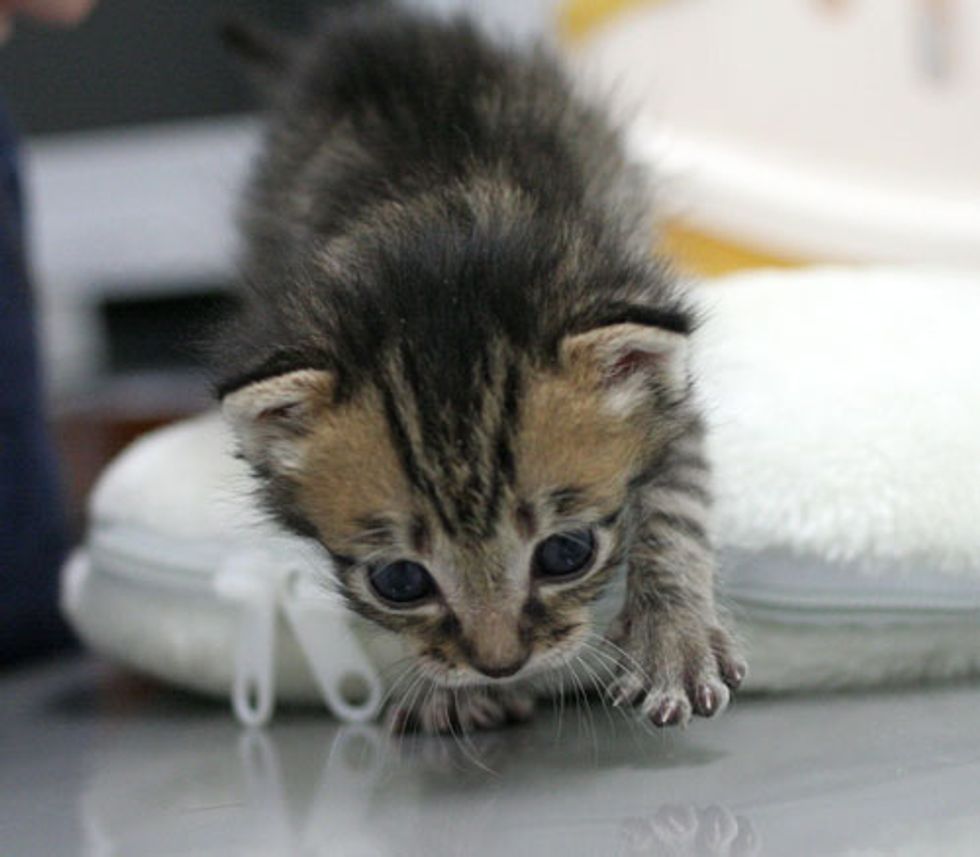 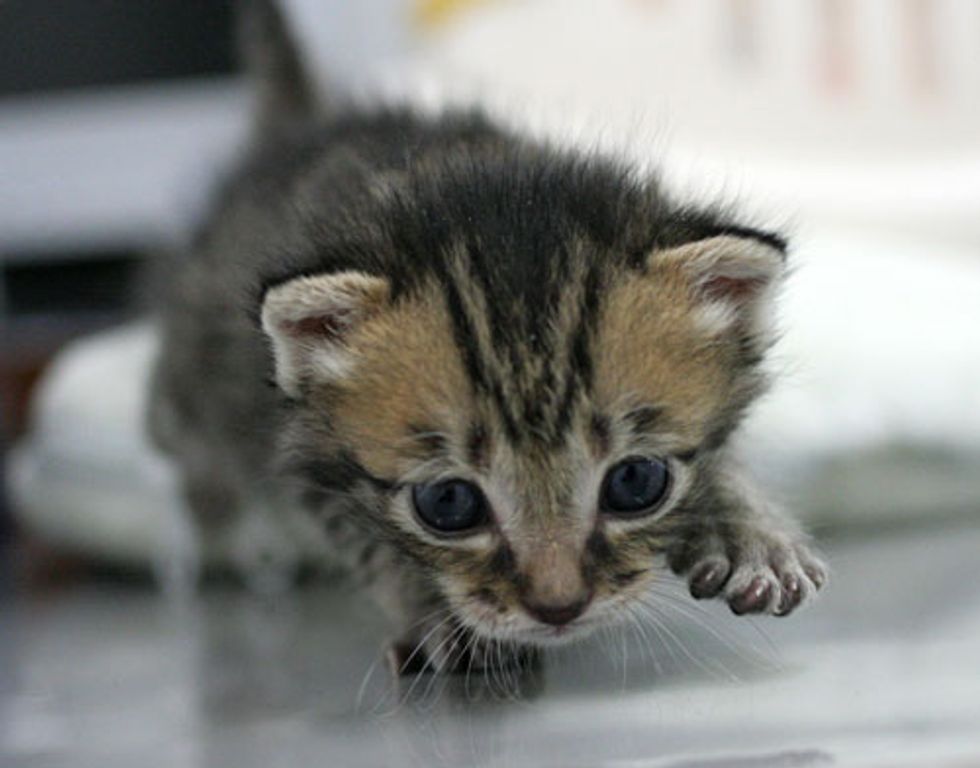 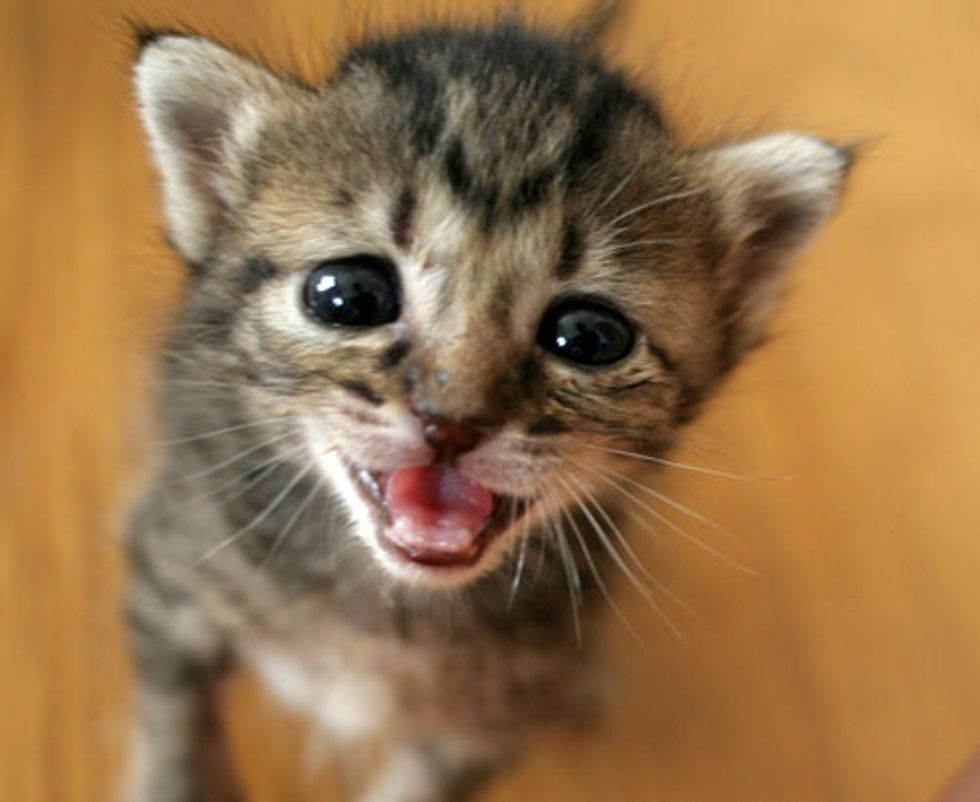 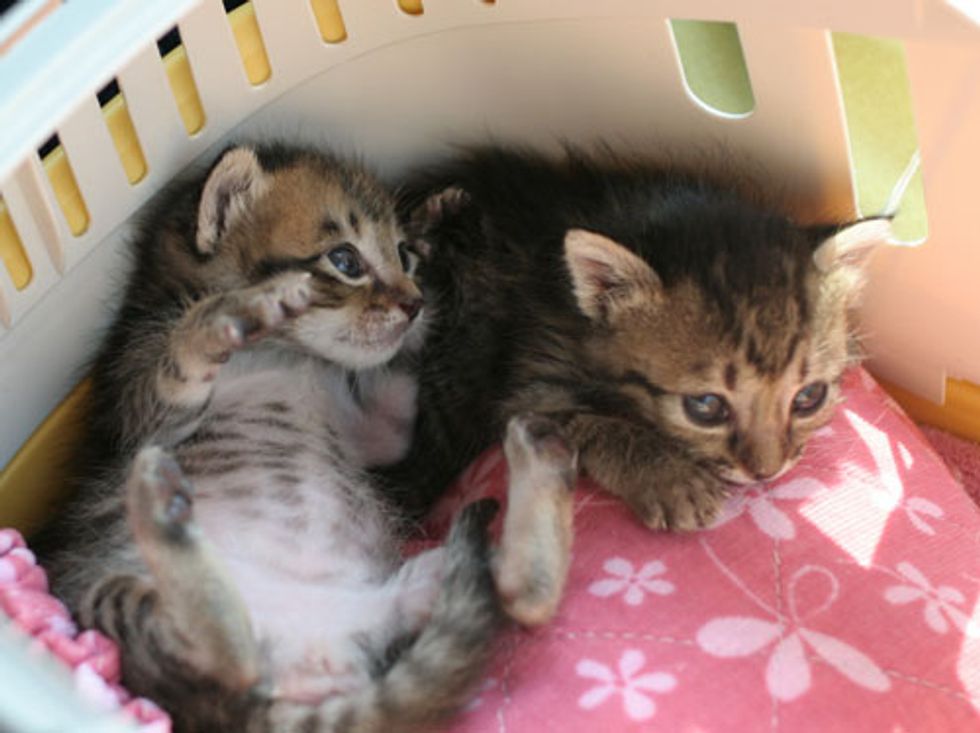 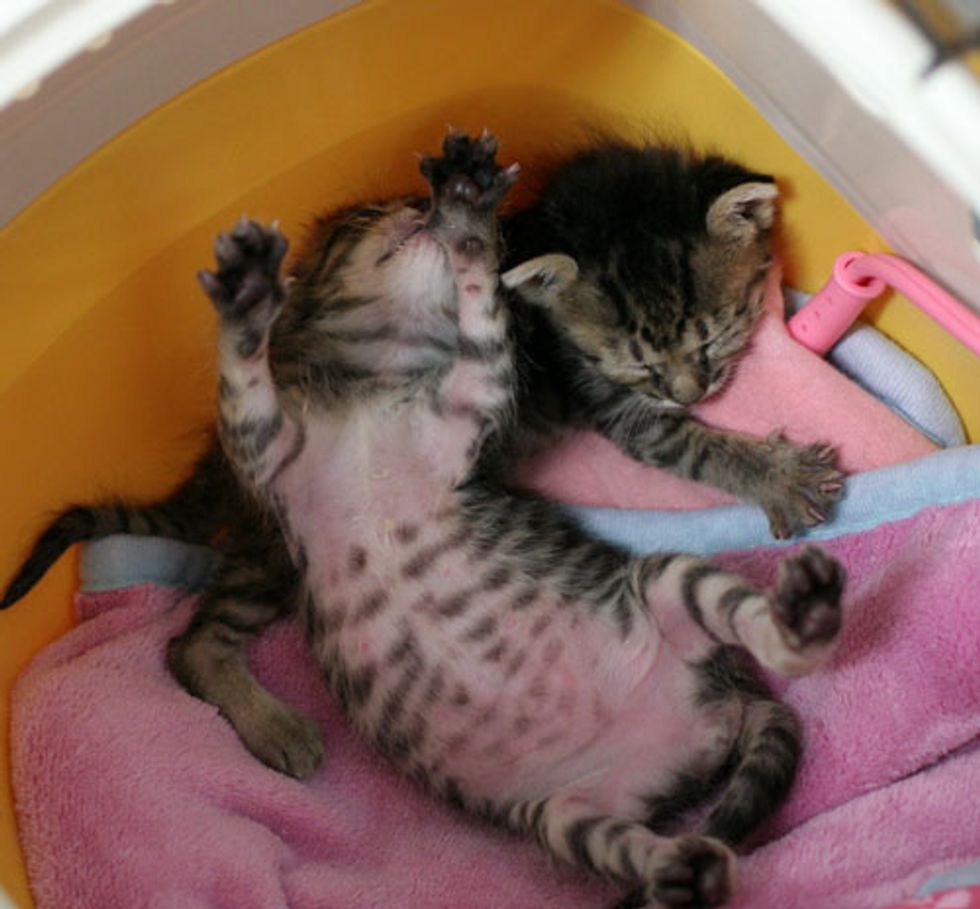