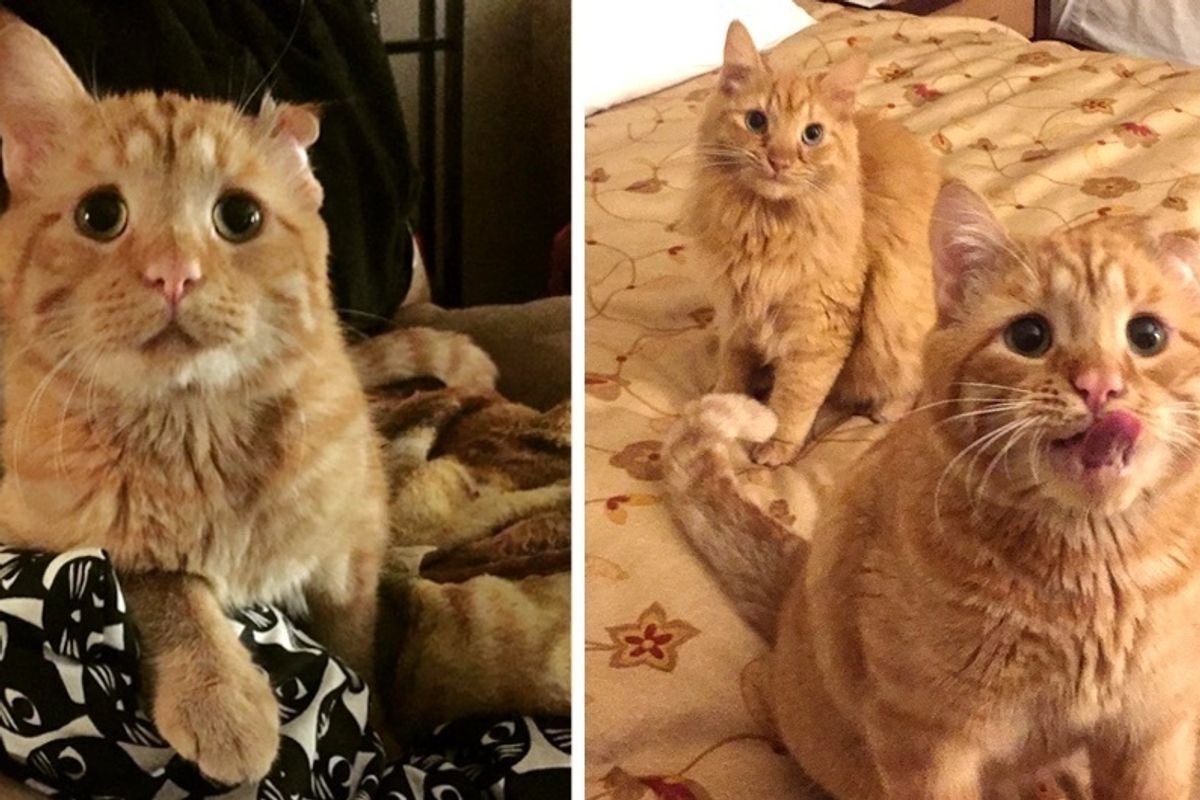 A former shelter cat took to a wobbly kitty who needed a home and someone to love.

This is BenBen. He had lived a rough and long life in the wild until he was taken into the shelter. 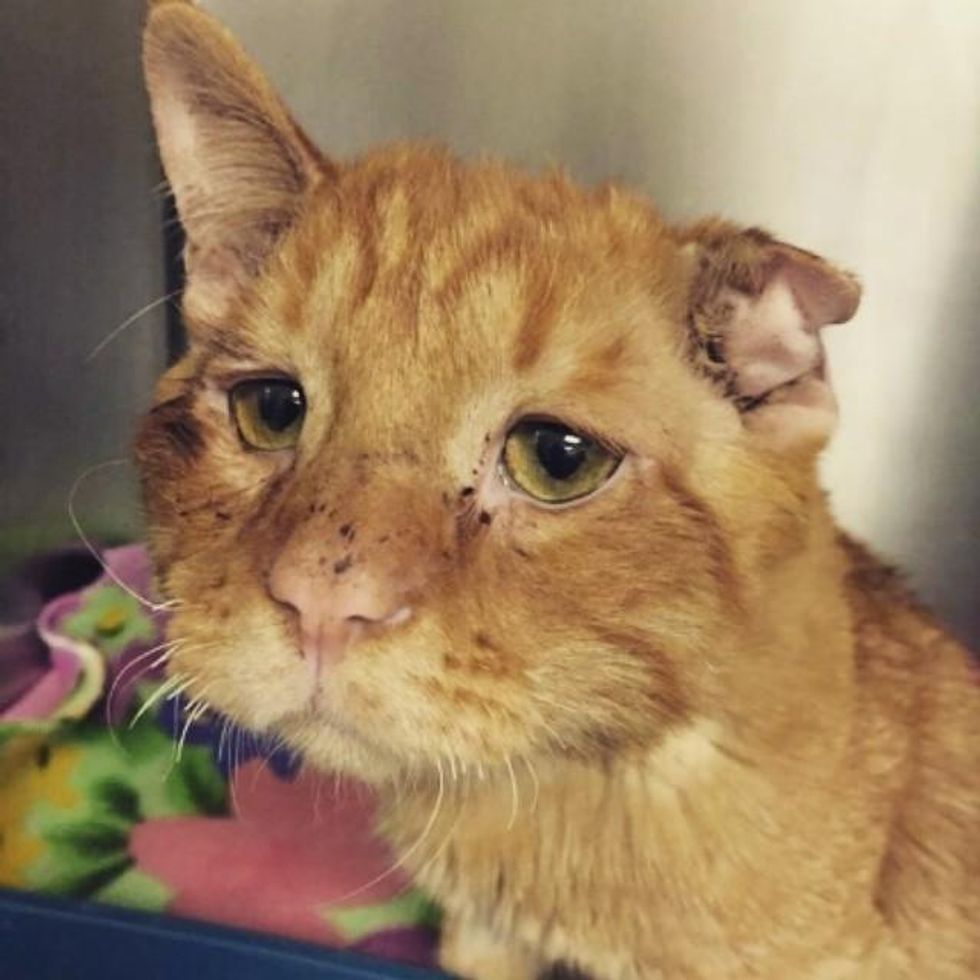 He had a crushed spine, several deep lacerations, and a cauliflower ear. He couldn't walk as a result so every day he sat in the corner of his cage, hoping someone would come rescue him.

"His face permanently looks sad because he has a lot of excess skin on the face, and no one knows why," Adam, BenBen's human dad shares with Love Meow.

"At that point he was deemed 'un-adoptable'. The vets said he'd never walk and he'd be on pain meds for the rest of his life."

It was then Sandy and Adam went to his rescue and turned his life around. 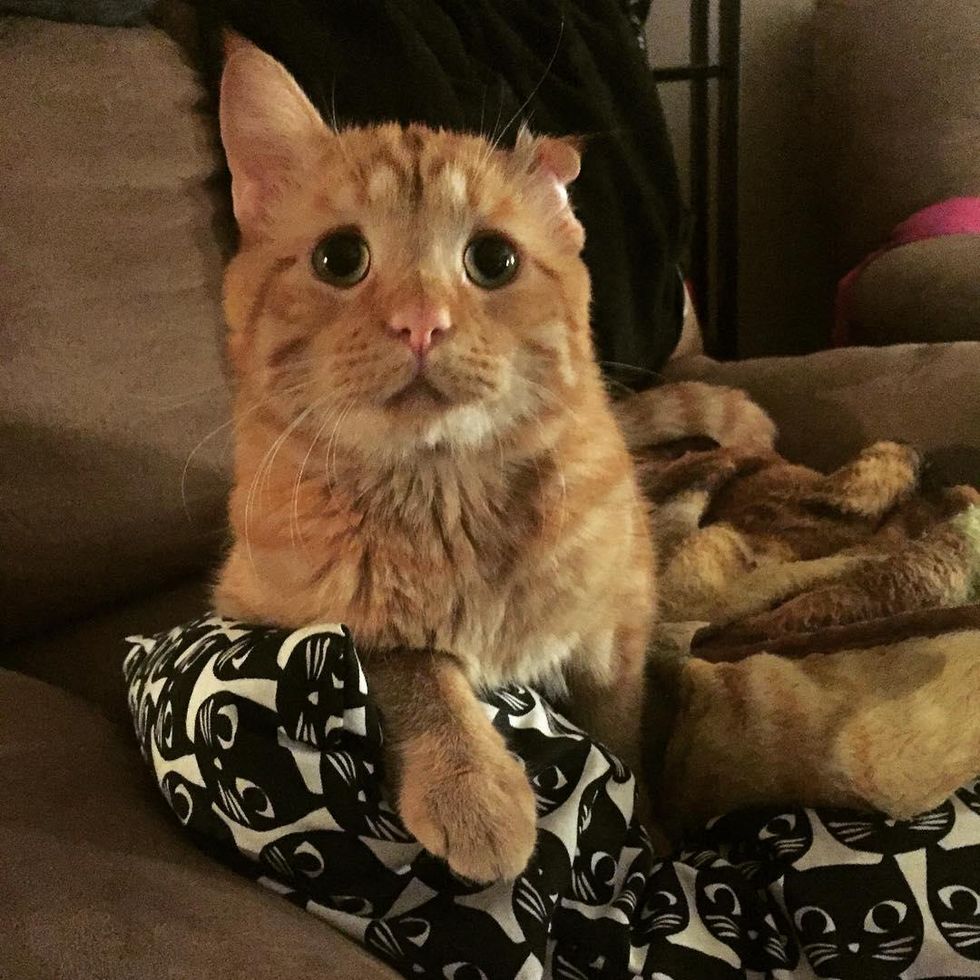 An hour after BenBen arrived in his forever home, the sweet ginger boy quickly came out of his shell. "We sat down with him for about an hour and he was instantly full of purrs, smiles, and 'thank you' cuddles," Adam shared with Love Meow.

BenBen got back on his paws and started walking again. Now he can run and even jump small distances! He has proven the vets wrong! 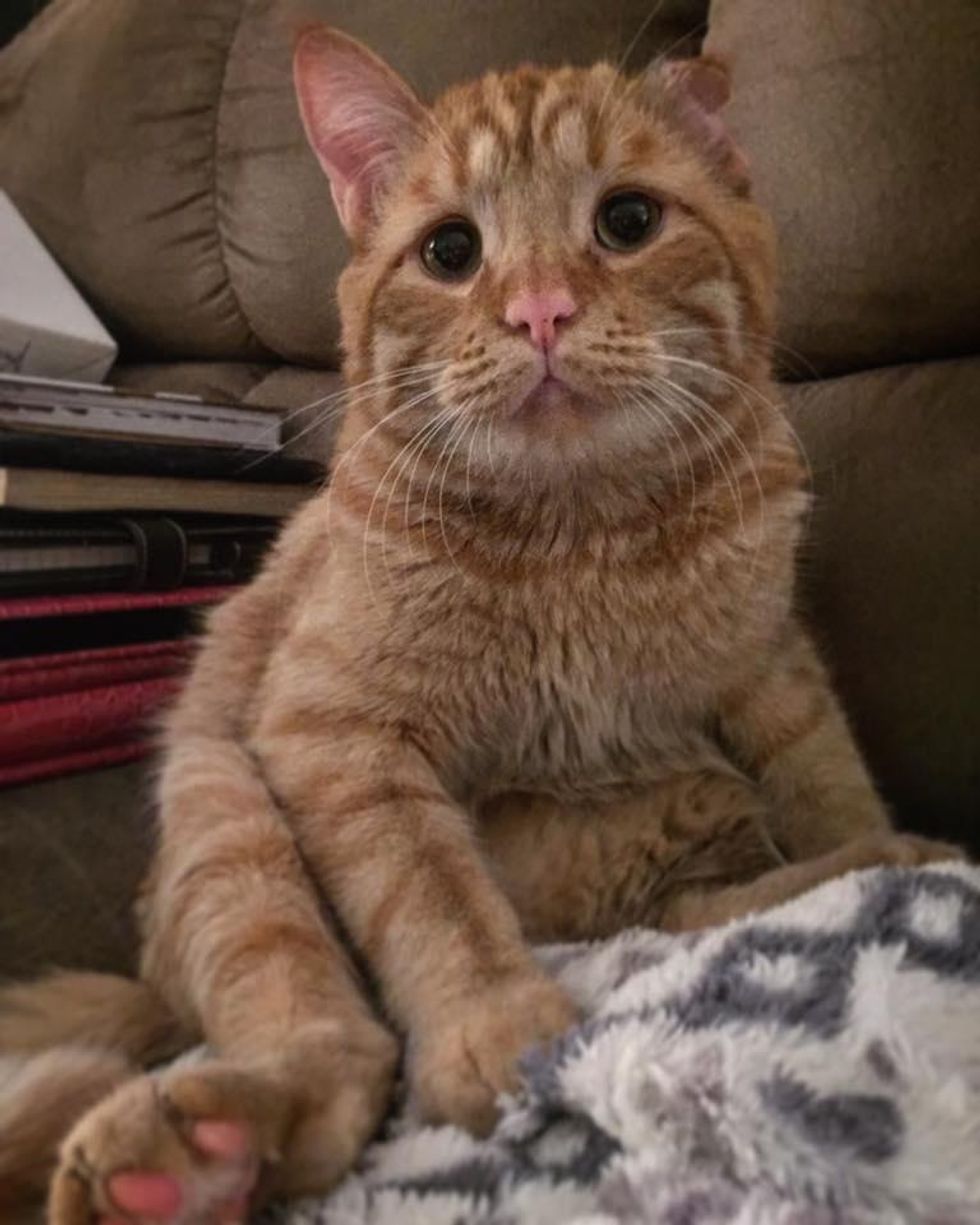 Four months after BenBen was rescued, the couple learned about the plight of another special needs kitty who had been waiting for his forever home for months... His name is Norman.

The kitten was born with Cerebellar Hypoplasia (CH) which affects his motor skills. Norman was abandoned at 4-5 weeks old by his previous owners. "(He was) left behind in an apartment. Some really good person saved him but due to his condition, no one wanted to take this baby home." 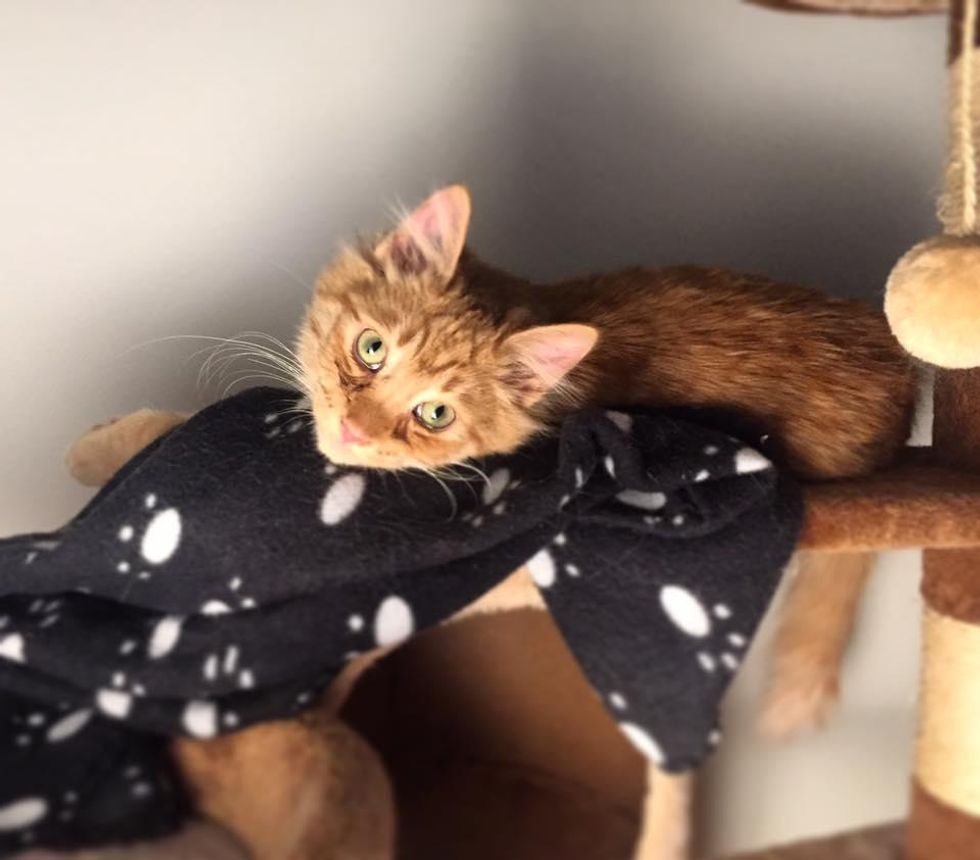 Sandy and Adam knew just the perfect home for him. They opened their hearts to Norman and the sweet ginger cat wobbled his way into BenBen's life.

As soon as the two ginger boys met, they became instant friends. 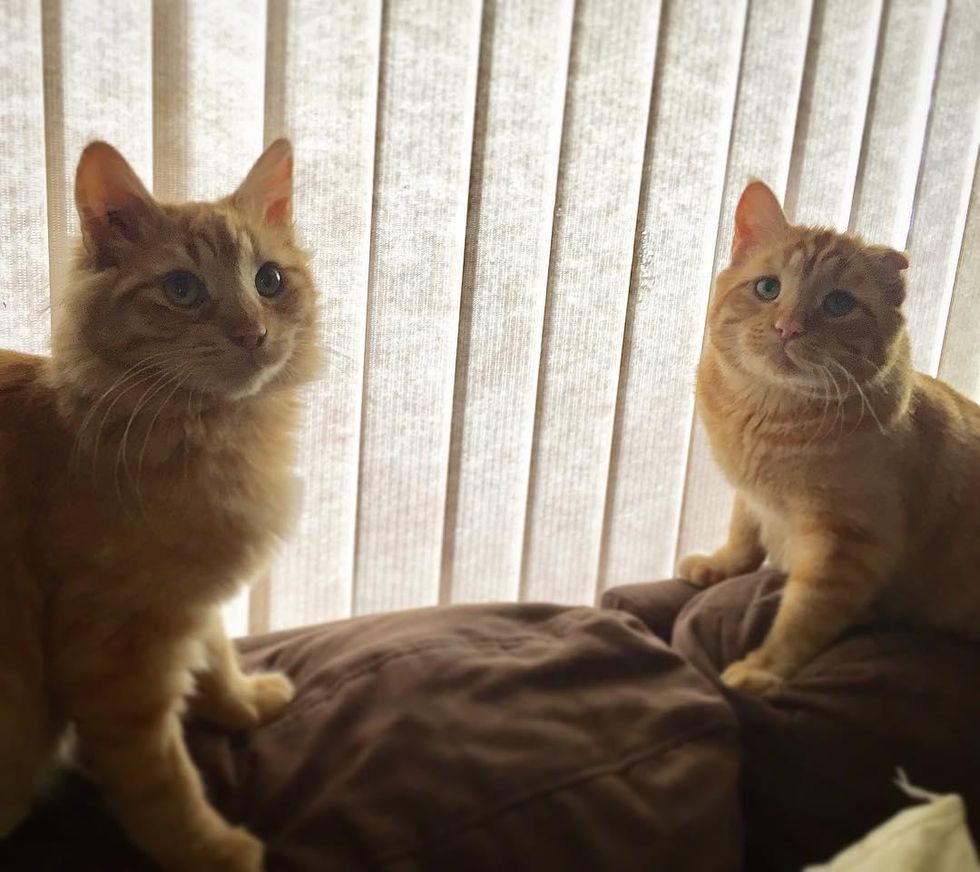 During the first couple days, BenBen stayed by his side while Norman was adjusting to his new home. BenBen was very protective of his little wobbly brother.

A few days later, this happened… 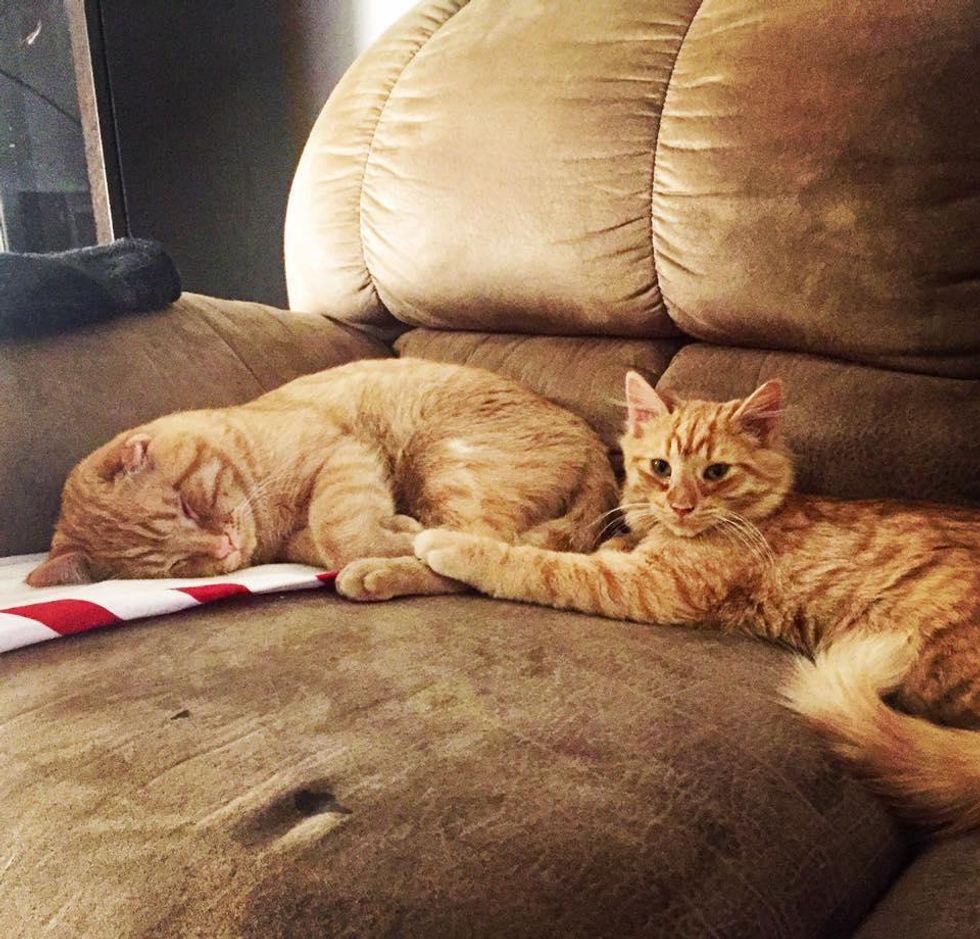 There is never any growling or hissing.

Both ginger cats are special needs and they seem to understand each other and look out for one another. 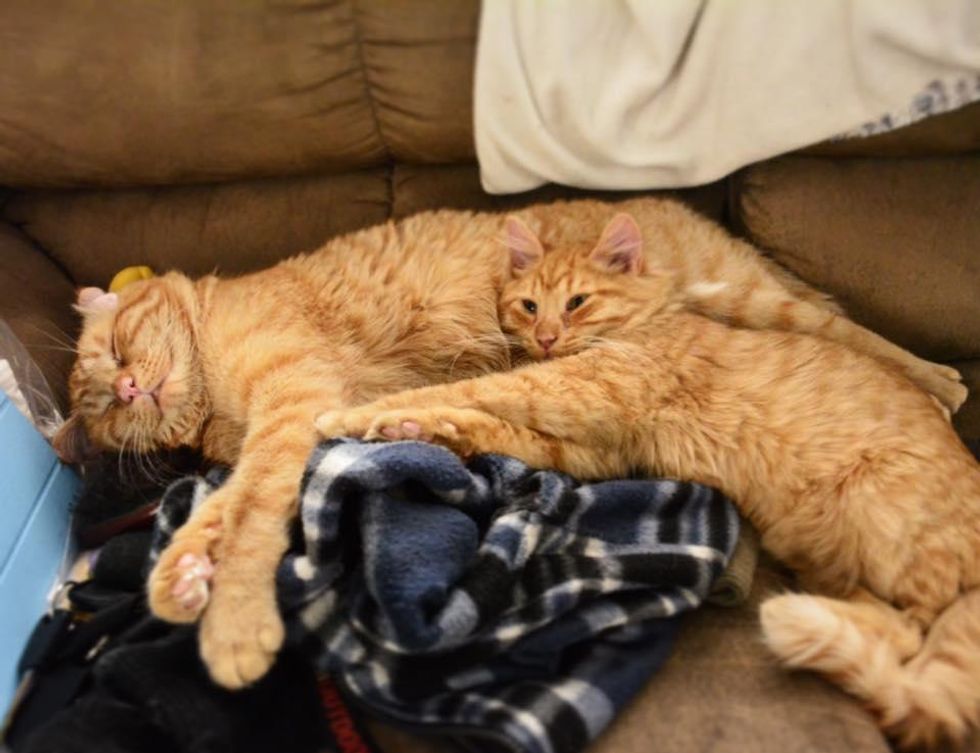 BenBen has taken the role as the big brother and Norman likes to keep him company and snuggle with him whenever they nap.

They are best of friends! 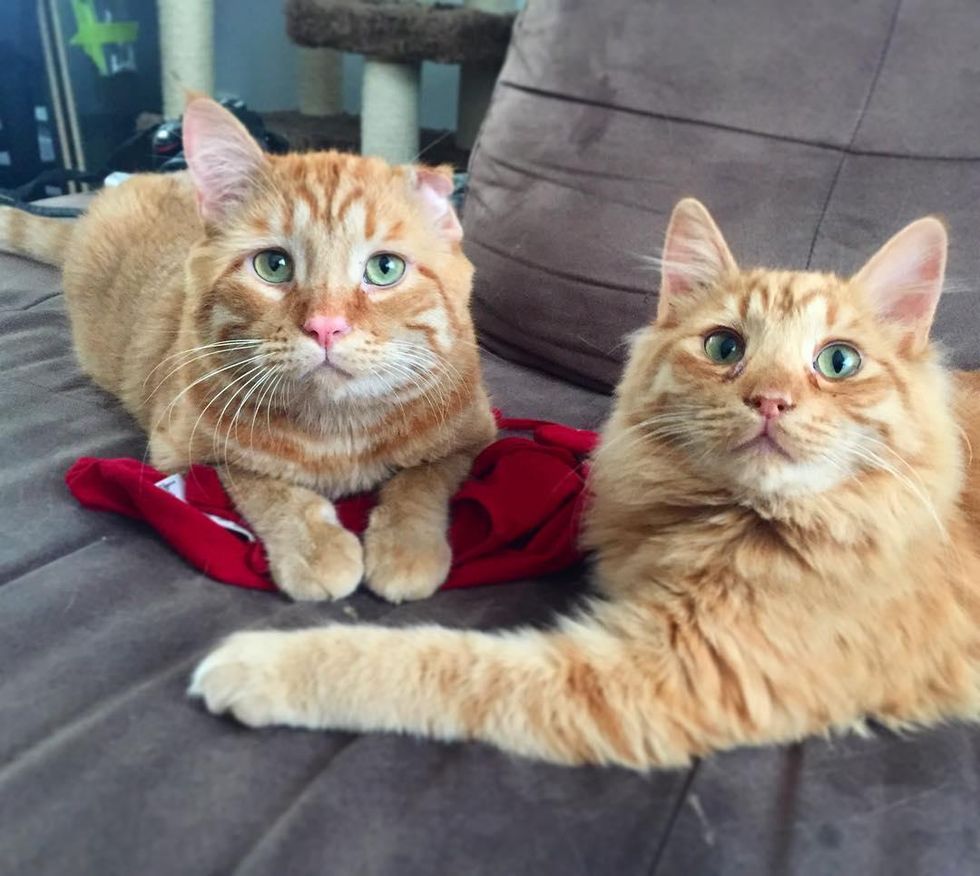 BenBen and Norman are both a bit wobbly but nothing can stop them from loving life. 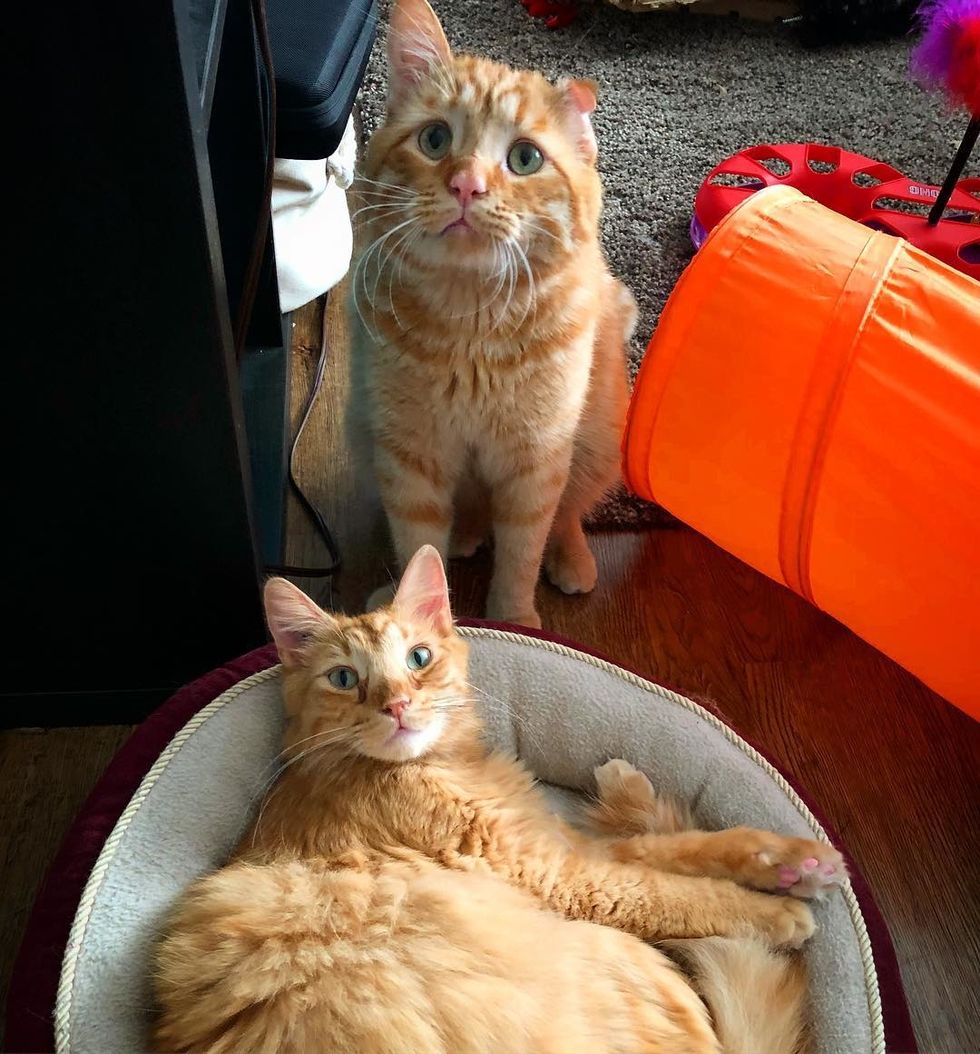 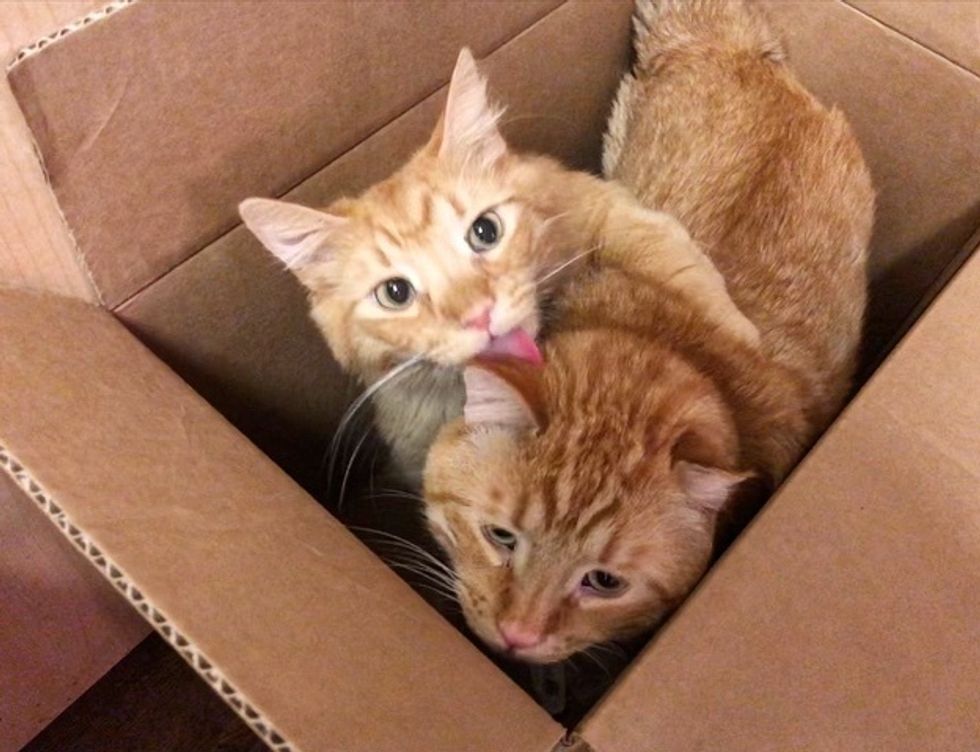 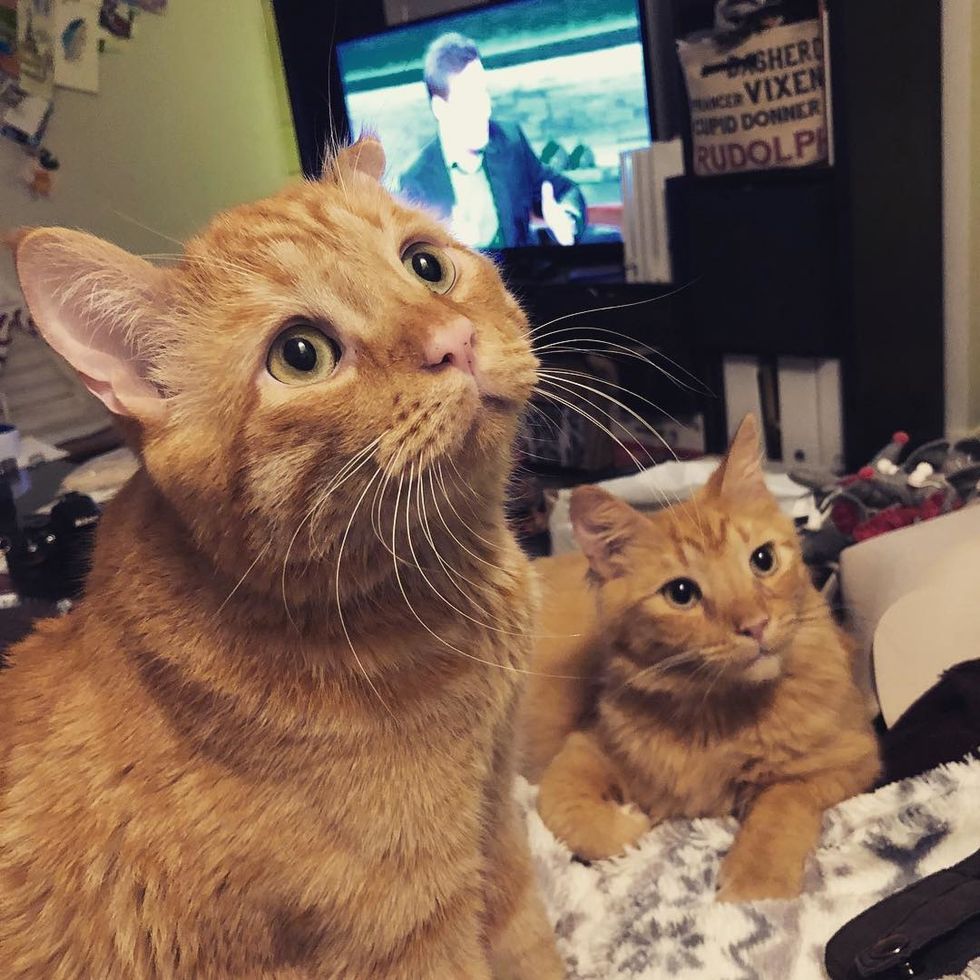 When they met... It was an instant bond!

They love, they wrestle, they love again.

Related story: The Joy When Girl with Special Needs Cuddles Shelter Cat No One Else Wanted