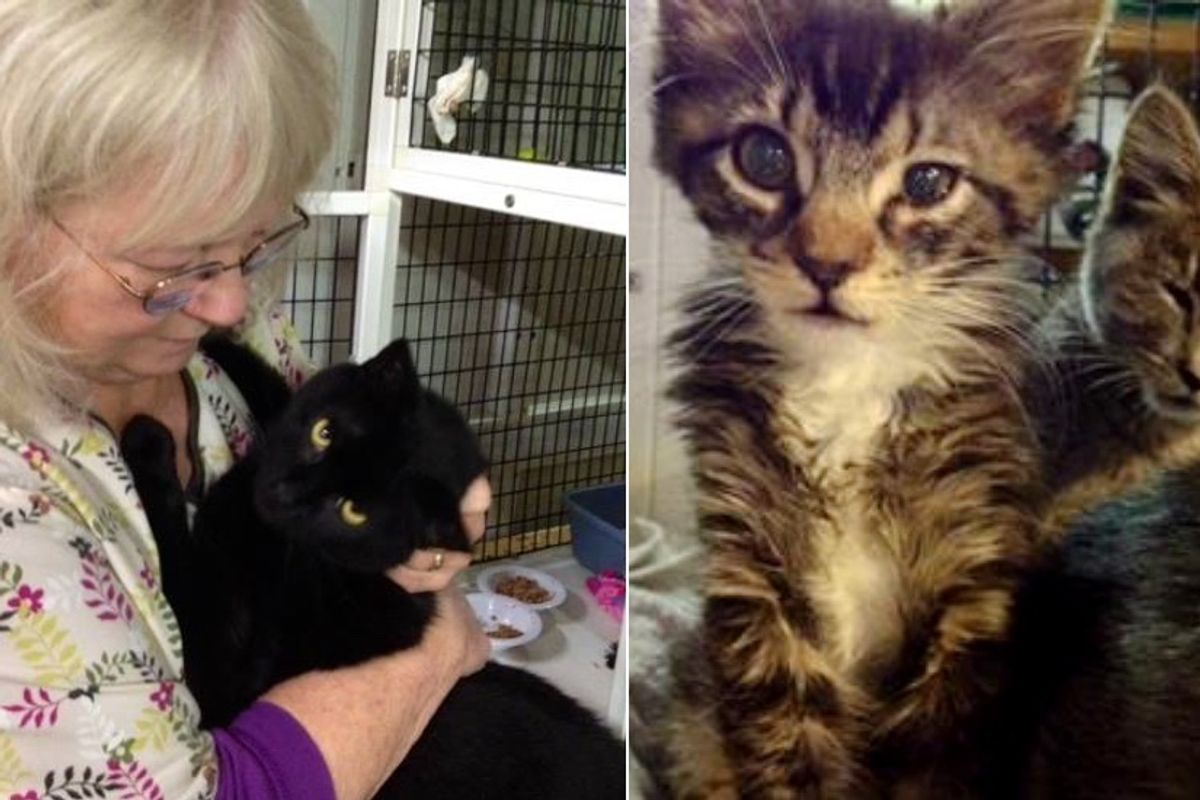 A woman risked her life to save nearly 20 kittens and cats from a burning building. She charged into the room filled with toxic smoke despite being warned not to go inside. 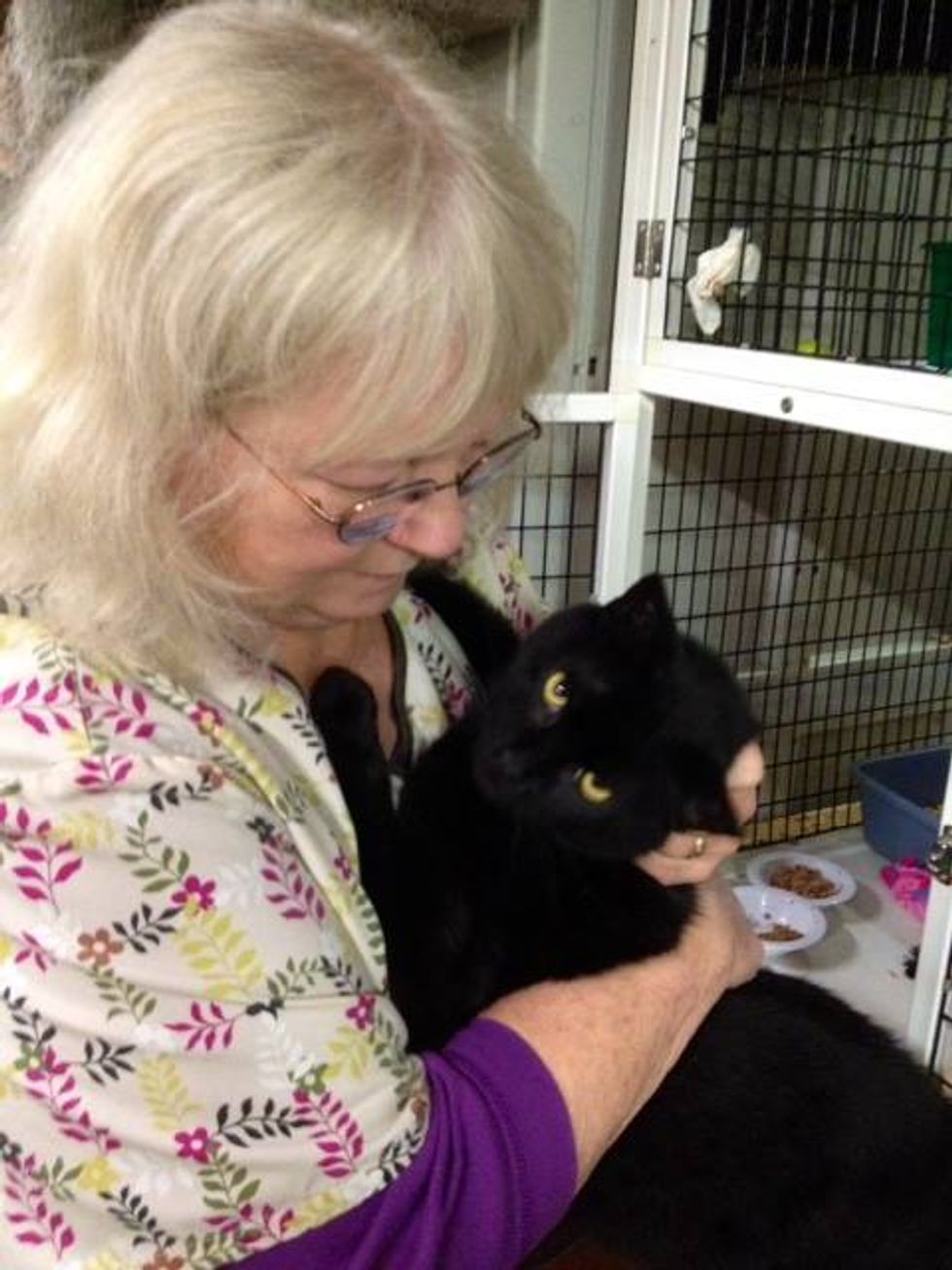 Courtesy of Jean Favini of Oasis For Animals

Jean Favini, the President of Oasis for Animals (Langley WA), knew that if she didn't act fast, none of the cats would be able to survive.

The fire broke out in a building where the rescue's facility resides. It started on the top floor where they cared for the kittens and a few adult cats. The fire department determined the cause of the blaze to be a microwave.

"The microwave that started the fire somehow burst into flames when no one was in the room or using it," Favini told Love Meow.

"It generated a thick, black toxic smoke so I couldn't see anything. A minute longer and there would have been no chance for the poor cats." 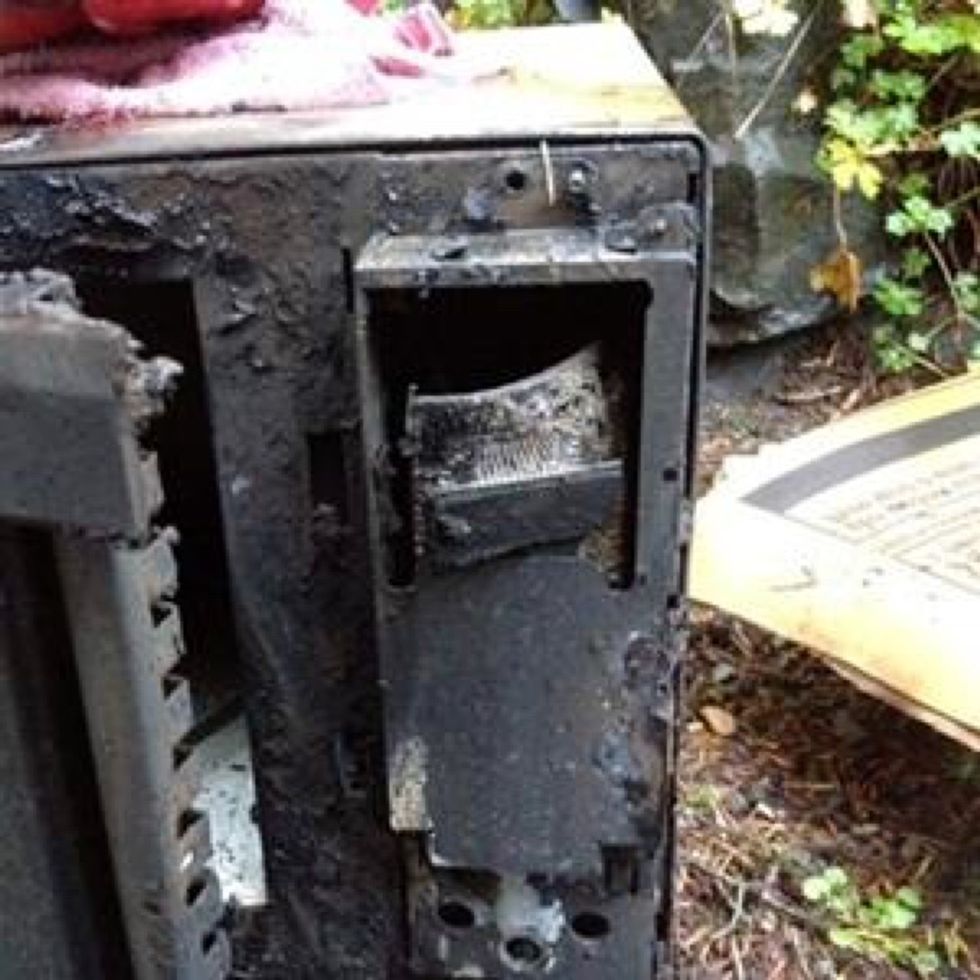 Courtesy of Jean Favini of Oasis For Animals

"The microwave was only about a year old and not used very often. There was plastic bowls, containers and some cat food that comes in plastic cups all on top or next to it, so the smoke was toxic and black."

When Favini saw the plumes of smoke, she immediately dialed 911. The 911 operator advised her to stay outside, but she knew they were racing against time. 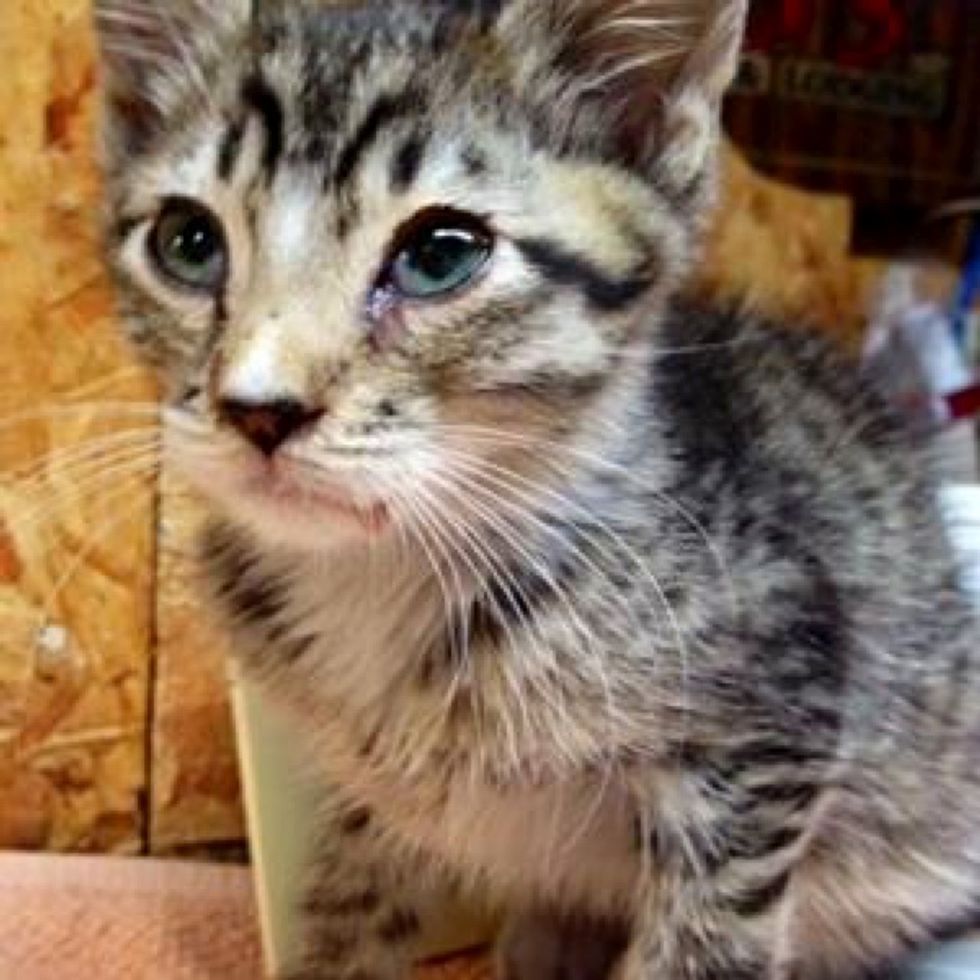 She put a towel around her face and began to get the kitties out to safety. "I ran out with each armload, put my mouth over each kitten's nose and mouth and forced air into their lungs as best I could.

"They were laying on the floor and I thought they wouldn't survive. The smell was just awful and so toxic," Favini told Love Meow.

She safely placed the kittens and cats in carriers. With help from her husband and the fire fighters, they got all 24 cats out. 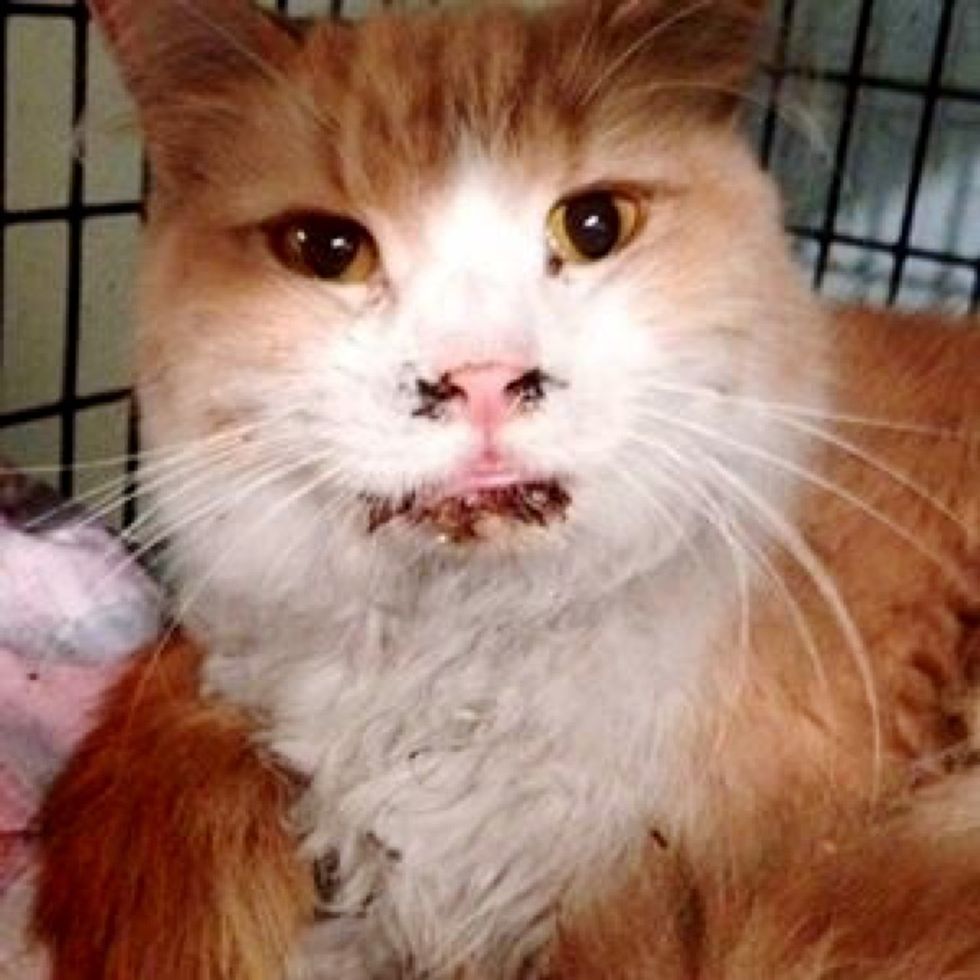 She worked together with the vet to treat the surviving cats.

"When the vet left, I continued nebulizer treatments, cleaning the discharge of black soot from their noses, administering fluids, giving them heated beds and trying to get them to eat a little."

Favini cleared the fluid in their lungs and gave the kitties antibiotics to stop infections. It was an around-the-clock effort. 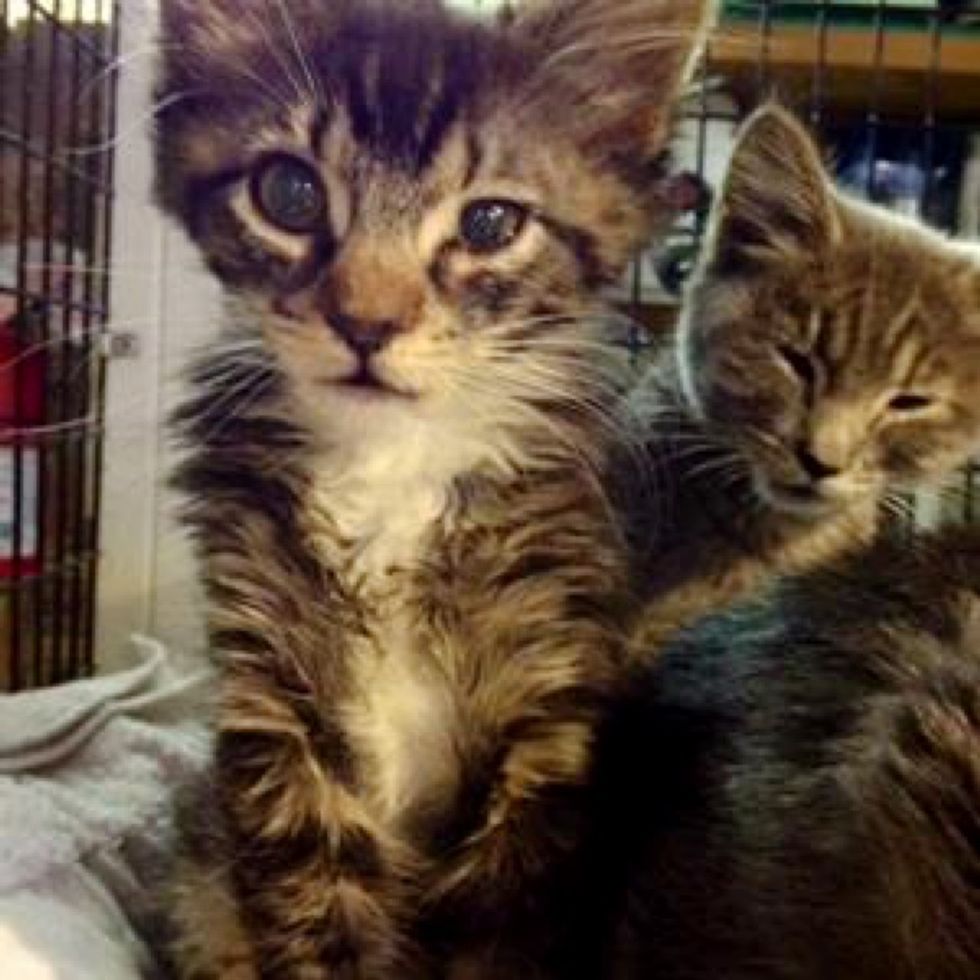 After a sleepless night of intensive care, five succumbed to the fire from toxic smoke inhalation, but 14 kittens and five adult cats are on the mend. "The survivors are receiving constant medical care and should recover," Favini told Love Meow.