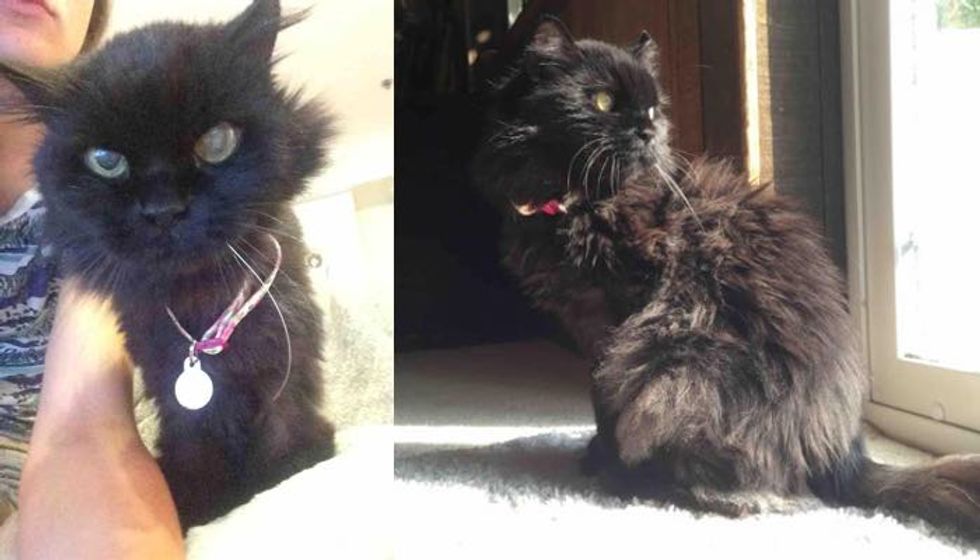 Woman Saves Senior Cat Who Couldn't Find a Home and Helps Get Her Fluff and Life Back!

A 10-year-old deaf cat who can only see through one eye, has stayed at the shelter longer than any volunteer. People just passed her by until one lady saw something special in her that others missed. 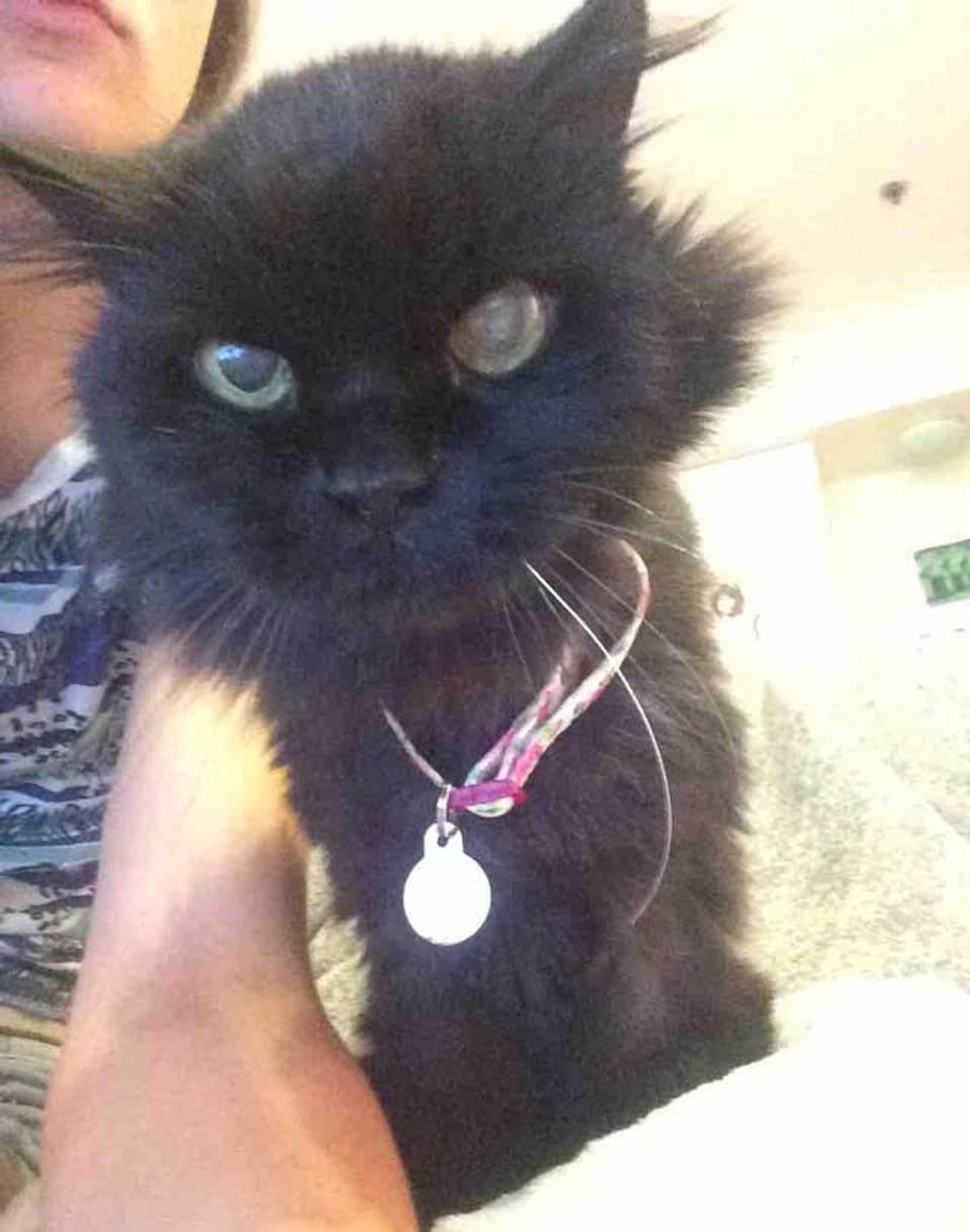 Belle (@belle_nocturne) was volunteering at her rescue center when she met Indigo the cat. "They said they think she's around 10, had been at the shelter longer than any of the volunteers, and informed me that they recently shaved her because her fur was too matted."

"Blind in one eye and almost completely deaf. All she did at the shelter was sleep on a chair in the corner. I sensed that she had more in her," she said.

The day Indigo moved into her new home! It changed her life forever! 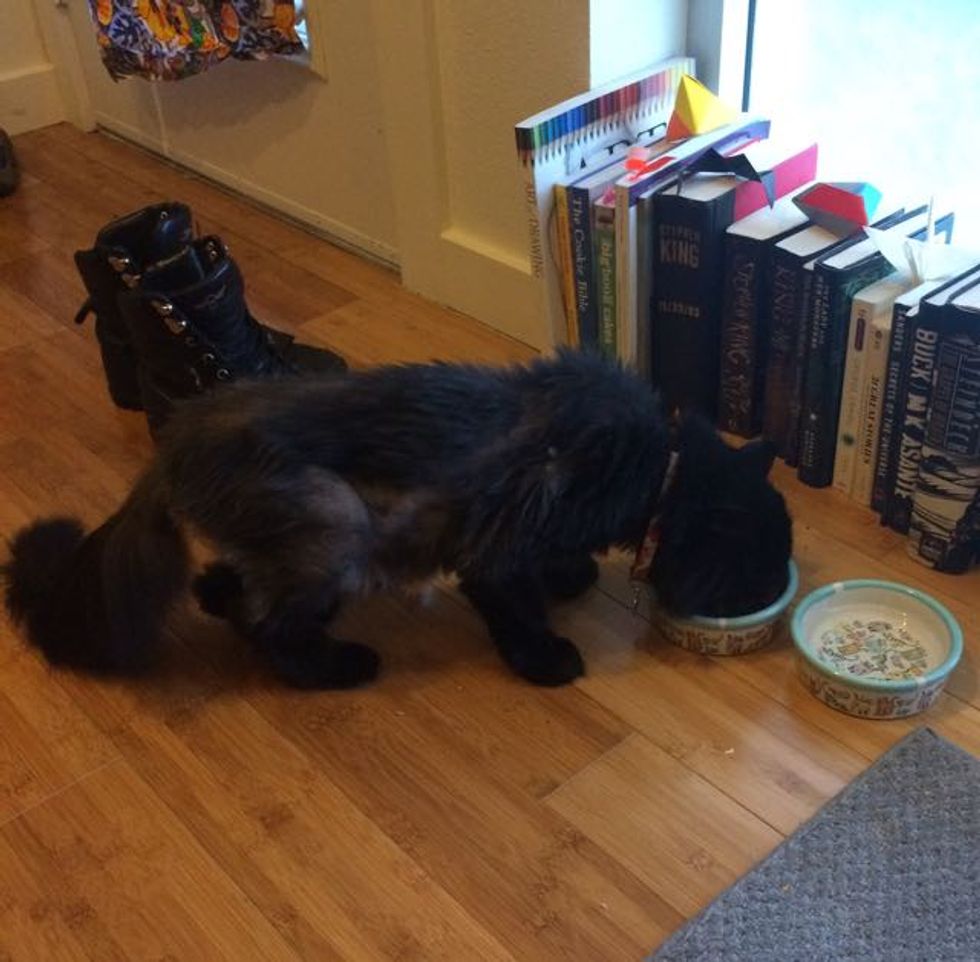 "When I took her to the vet after I brought her home, they informed me she had an ear infection, fleas, a UTI, and the beginnings of kidney disease. She had also taken to YOWLING all night, every night. I hoped with her ailments cured, she would stop."

Belle never gave up hope and with a lot of love and care, Indigo began to improve and started loving her new life. 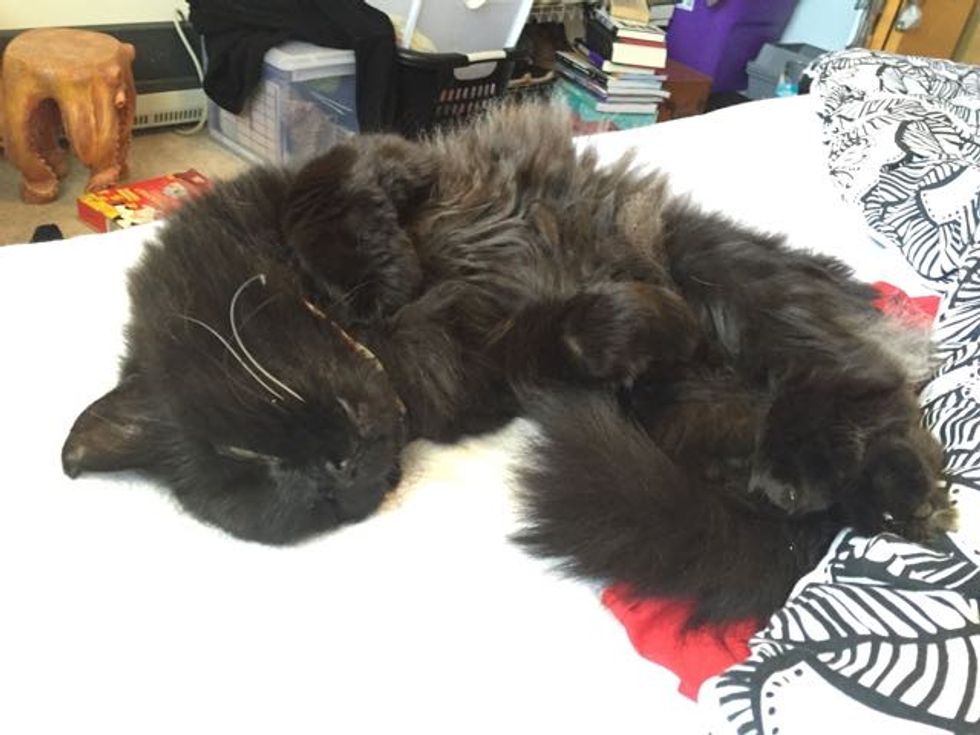 Five months since the adoption, Indigo has totally transformed!

"Indie weighs in at a whopping 7 pounds (up from the 5 she weighed when I brought her home), is healthy with kidney problems under control/being treated, is gloriously fluffy, no longer yowls at night, and is my best friend (which of course means following me to the bathroom).

"While she is not a lap cat, we spend many hours right next to each other, sleeping, watching netflix, reading, doing schoolwork. She eats almost anything and will get in your face/on your plate to see what you're eating." 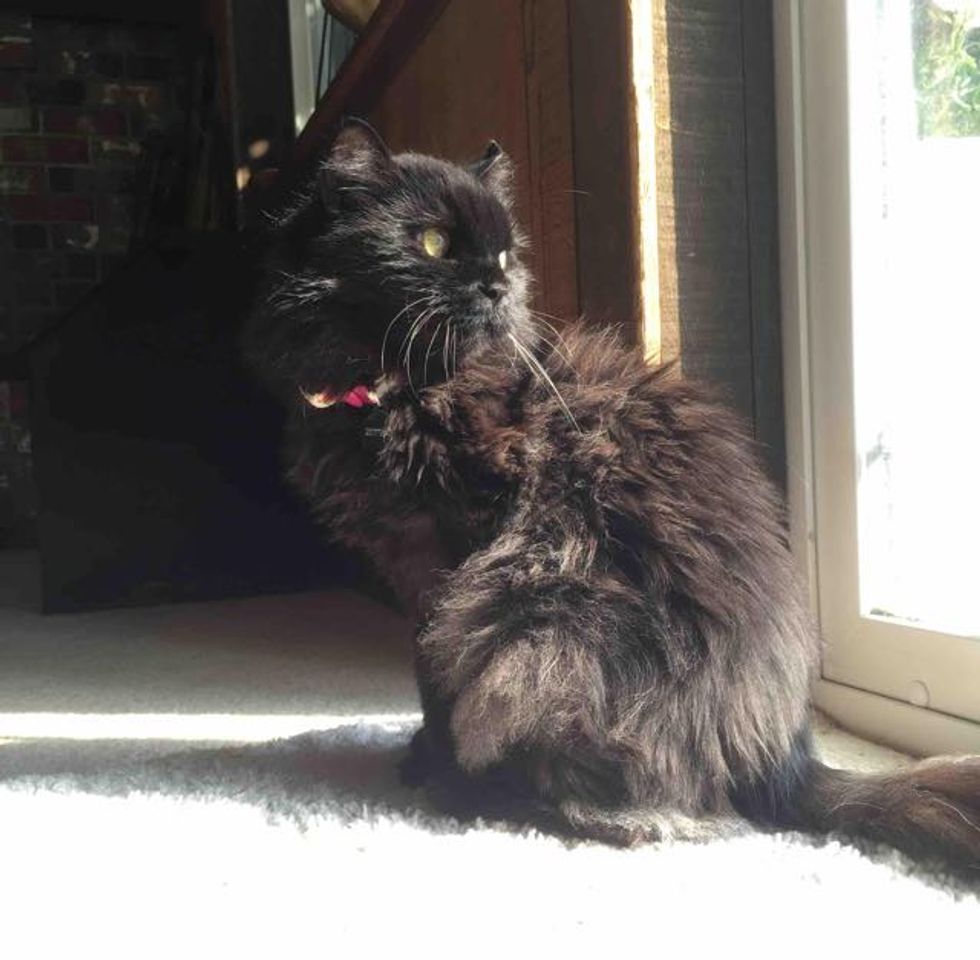 "I knew she had a personality, she was just waiting for the right person to see it in her. I don't remember life without her and I don't want to," Belle said. 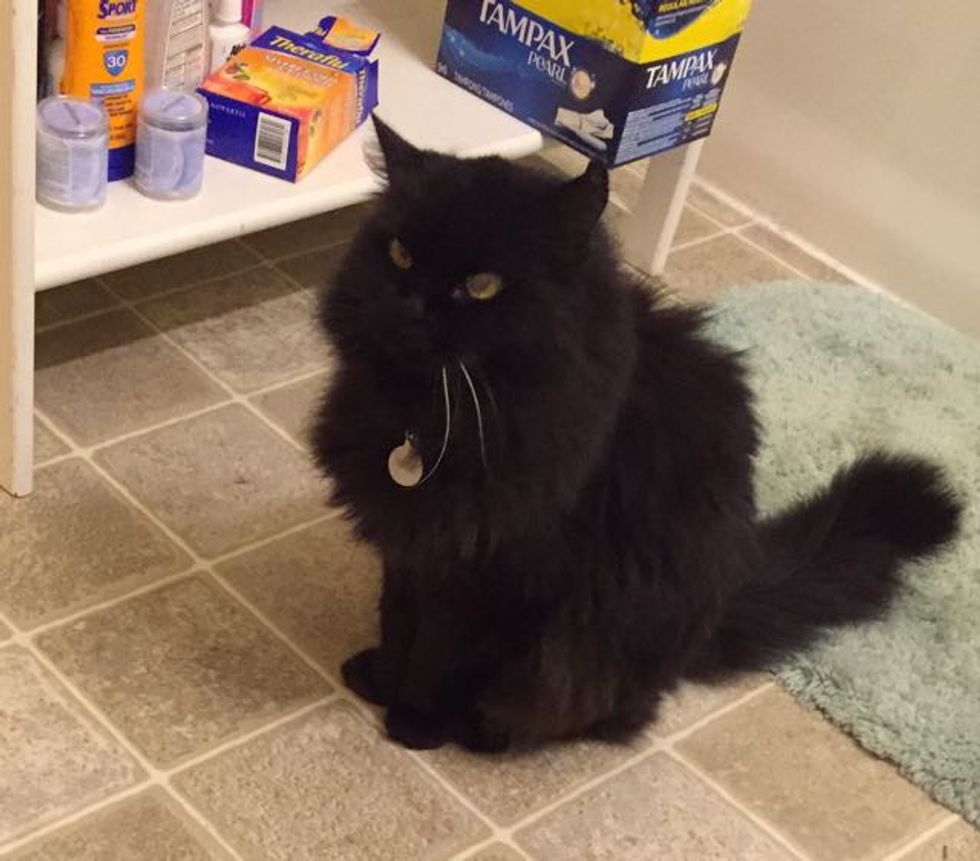 Share this story and help a senior cat find their forever loving home!