Woman Saves Sibling Kittens While Others Decided to Give Up, and Raises Them into Gorgeous 'Panther' Kitties...

Two little black kittens were brought into an animal clinic, in desperate need of help. A woman who worked there, offered to foster them while others had given up. 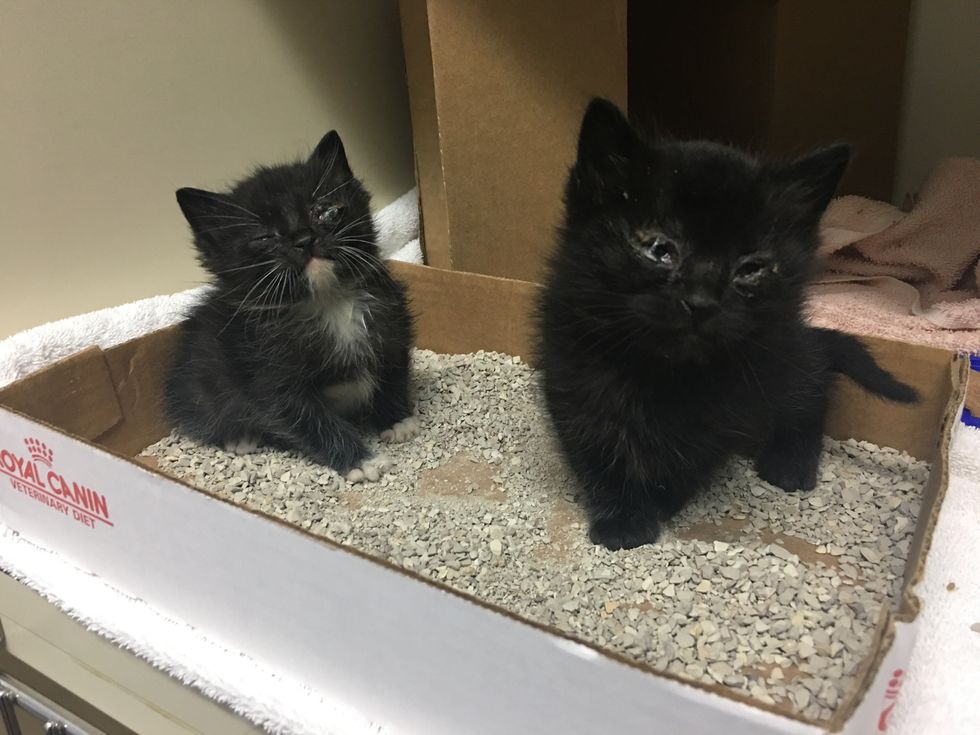 The kittens were very sick and emaciated when found with their deceased cat mother. Little Atlas had a missing eye and his sister could hardly see due to infections. The vet did not believe that they would survive, but one of the employees refused to give up and volunteered to care for them.

"I agree to the expensive endeavor of fostering them because I am a sucker for an undercat," imgur user catchforusthefoxes said. "Atlas was on the verge of death for over a week and had to be bottle fed every few hours. Shortly thereafter we found out that he had distemper."

She paid out of pocket for the medication to keep him alive. "(My vet) strongly pushed humane euthanasia. My Never-Tell-Me-The-Odds plot storyline thickened!" 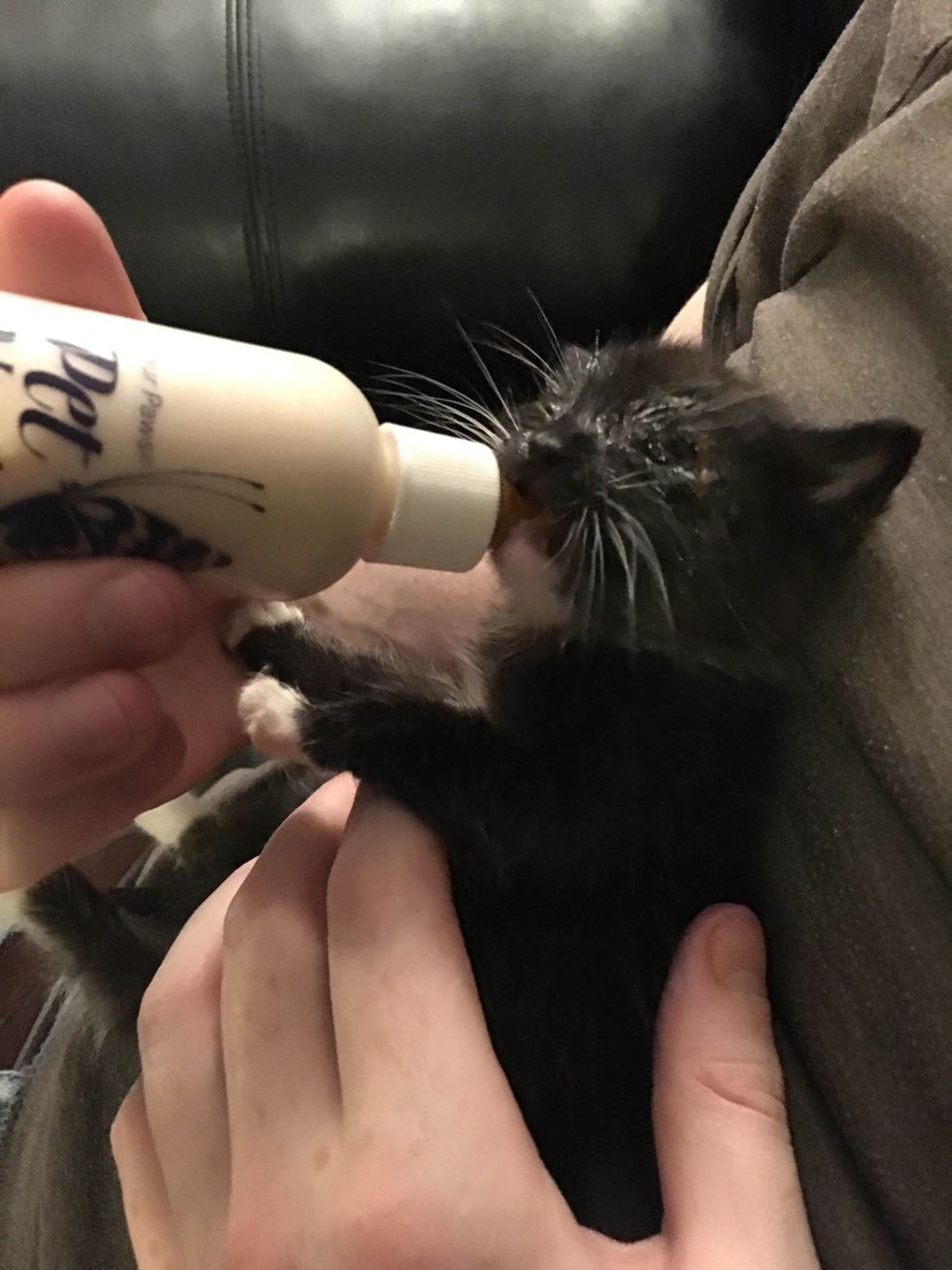 After a week of round-the-clock care, eye medication, de-worming and plenty of good food, the two kittens looked significantly better. Though they were still sneezing and wheezing, they were improving, and that was enough for their caregiver to keep fighting for them.

"Atlas shrieked if he wasn't being actively held by me, so he hung out in my pocket at work and occasional happy squawks emerged from my scrubs, much to the surprise and delight of my patients." 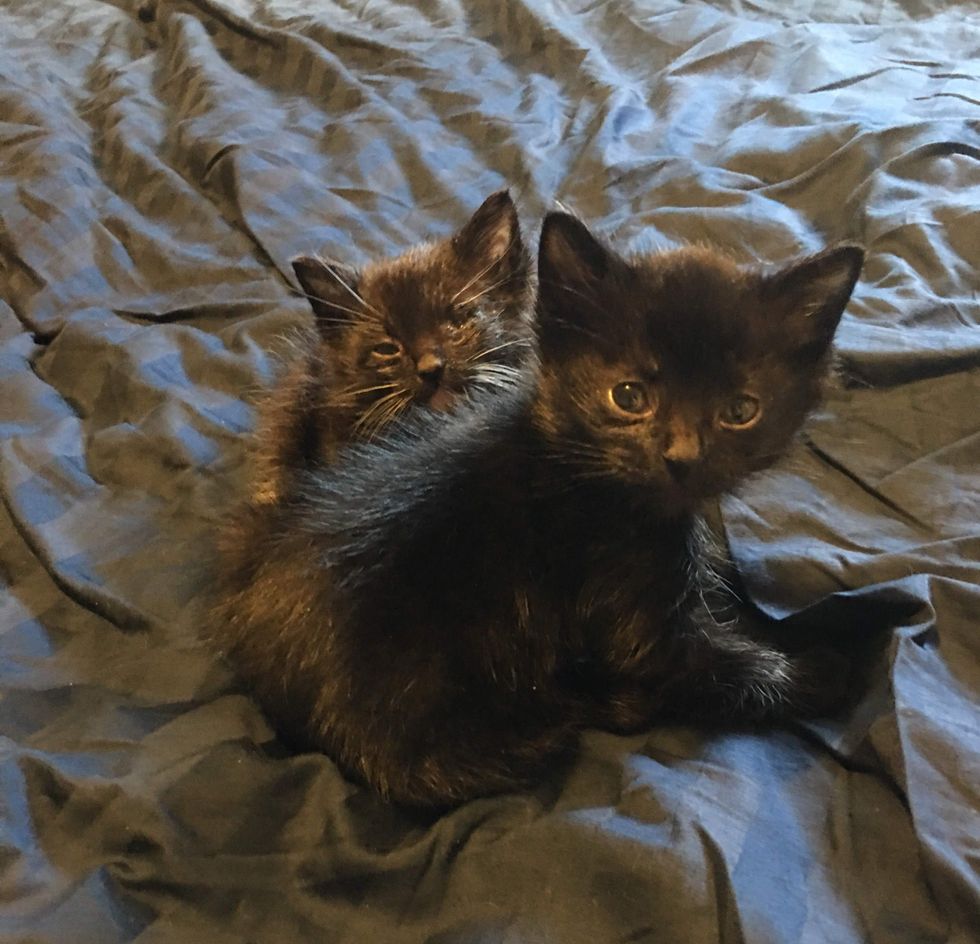 "Cambria stood in front of every new thing they encountered to protect her little brother from it. Everything was scary and they needed constant reassurance."

When it was time to find them their forever home, the clinic pushed to have them adopted separately, but their foster mom knew that they had to stay together. 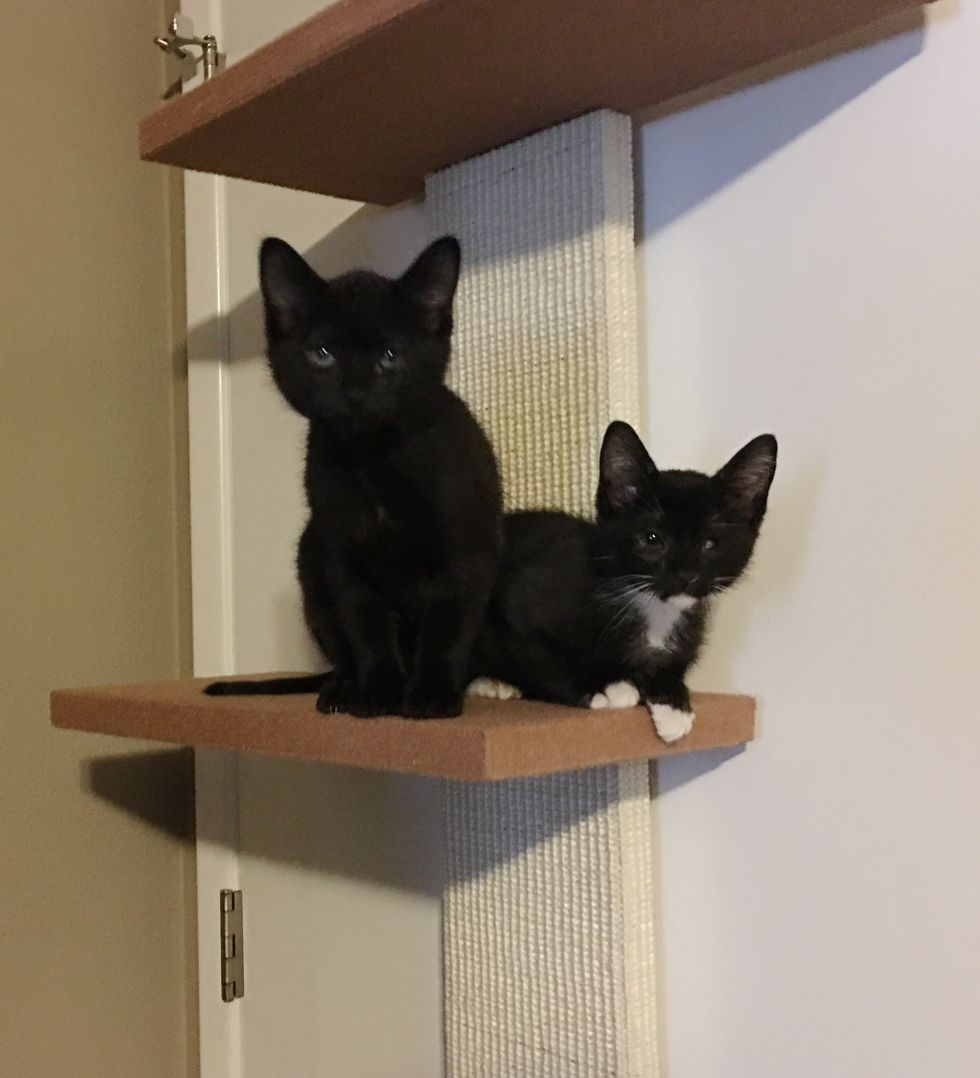 "The vet clinic and I opted to mutually part ways. Dad came home to find me jobless, with two permanent additions to the family."

The feline siblings snuggled up to their new canine brother and decided to join him in his crate. 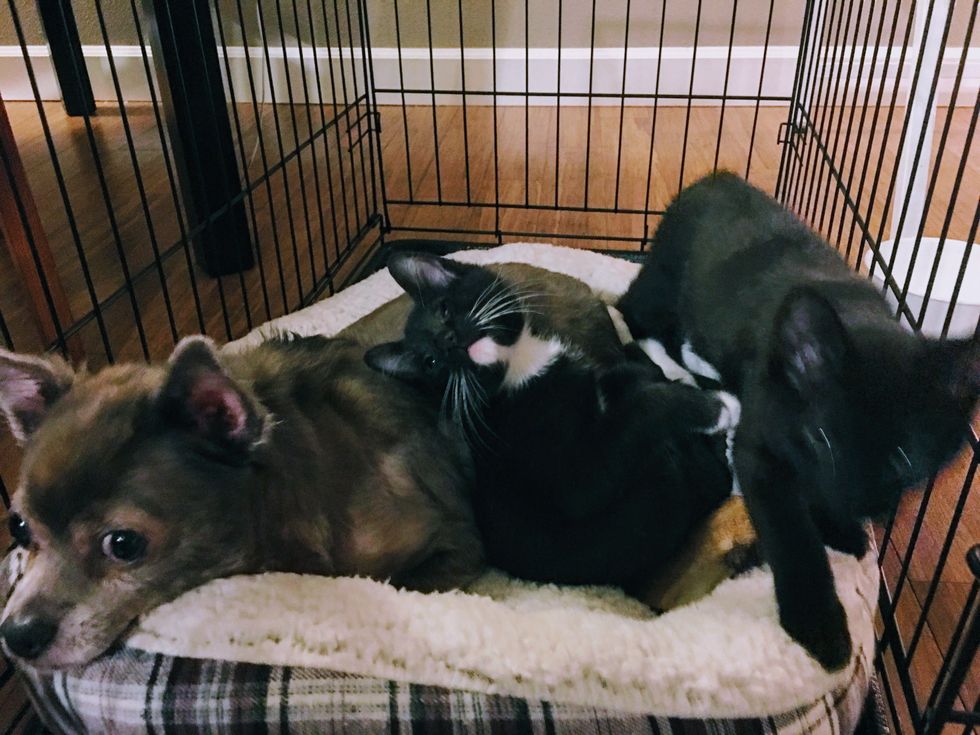 A month later, the kittens had grown bigger and stronger, albeit still tiny for their age. Their human Mom had started a new job and their human Dad had learned to become a cat person.

"Our scrappy duo cannot meow properly, instead chirping and barking like cat-dogs. They are inseparable unless they are actively suckling a blanket or Mom's hair." 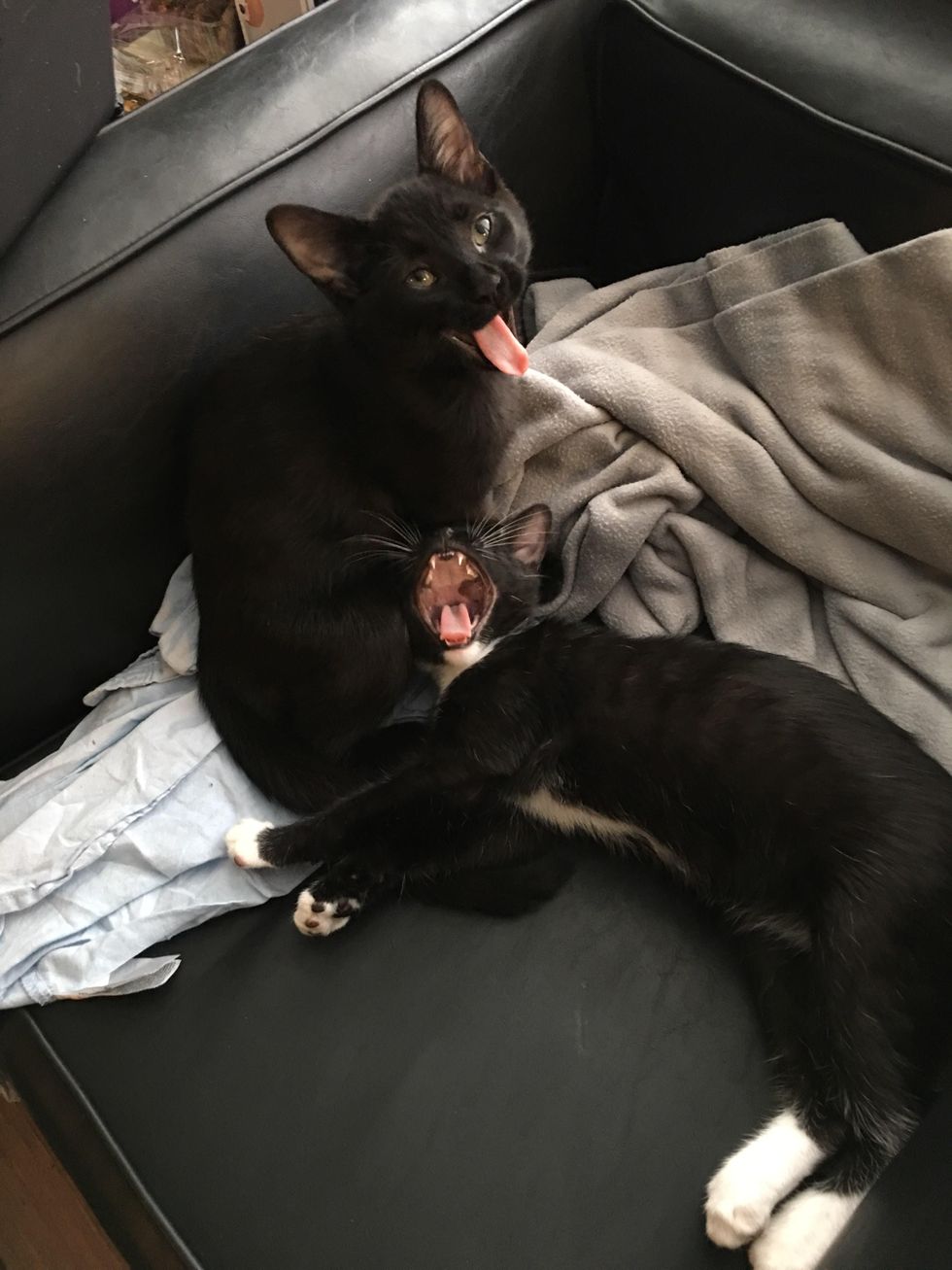 "They like laying on top of the dog, chasing the laser in tandem, singing the song of their people when Mom and Dad try having them sleep in another room."

At three months old, the two feline siblings were healthy and playful. Atlas was able to keep his one eye, and their personalities began to shine through. 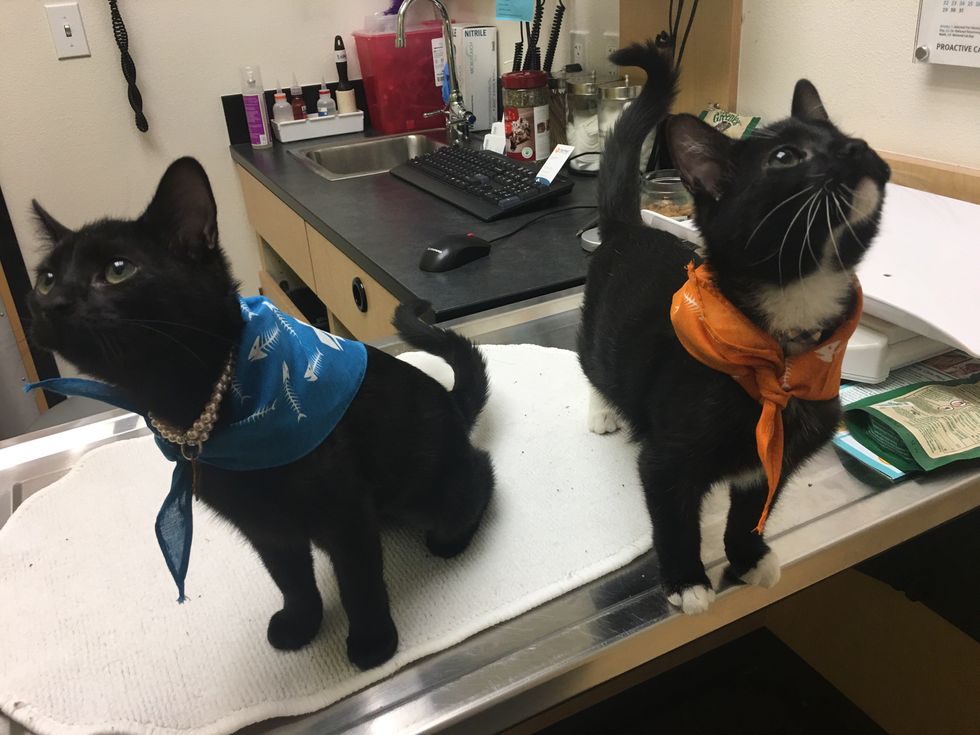 "Cambria likes to collect things… She is very quiet unless she's playing fetch, then she trills non-stop.

"Atlas is all chirps, 'barking' and sounds just like the poison-spitting dinosaur in Jurassic Park. He likes beards, stealing the dog's food, and following Mommy around so he can climb on her shoulder and eat her hair." 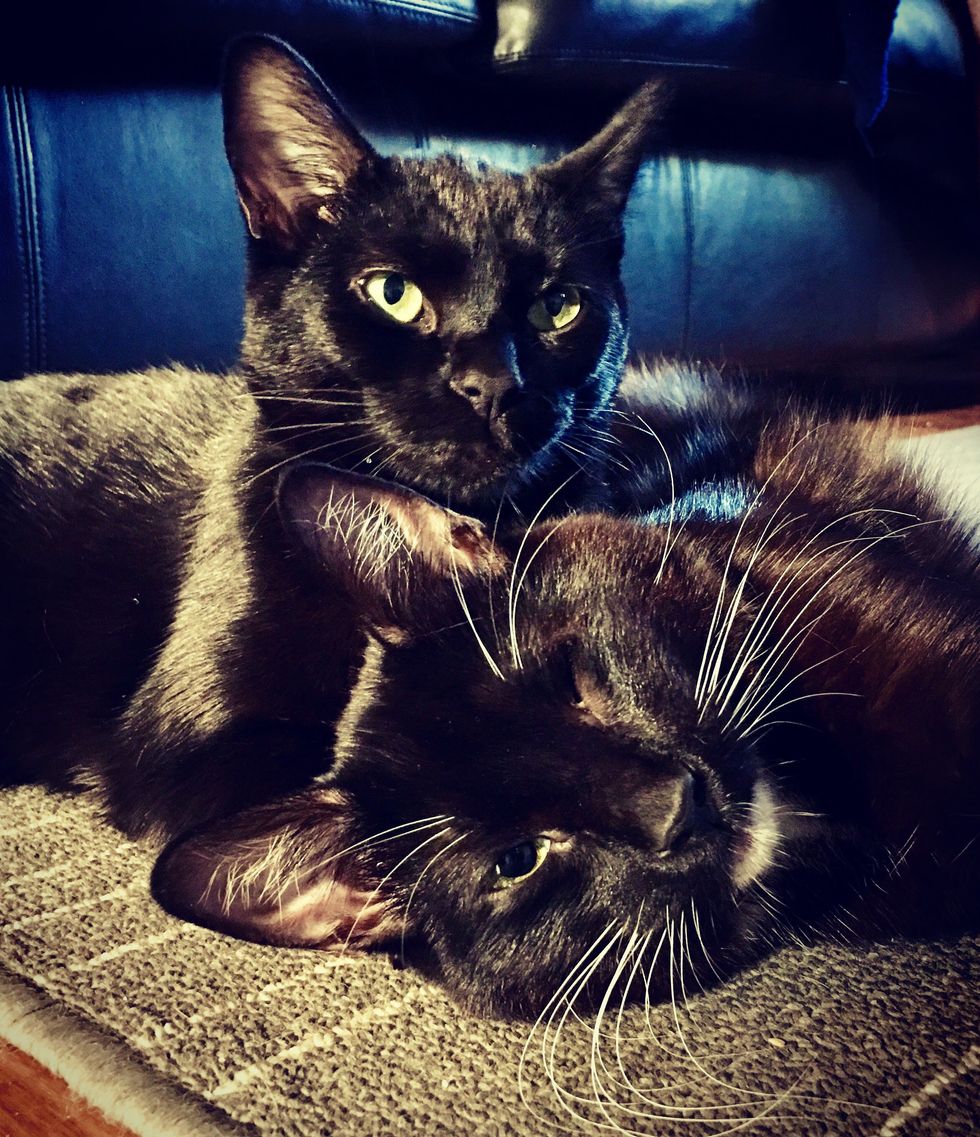 "Cambria's favorite person is Dad, and she likes to be tucked into his sweaters. Dad turns to Mom quietly one evening and says, 'Hey. I love them.'"

The two partners in crime have blossomed into rambunctious mischief-makers, constantly plotting new antics around the house. 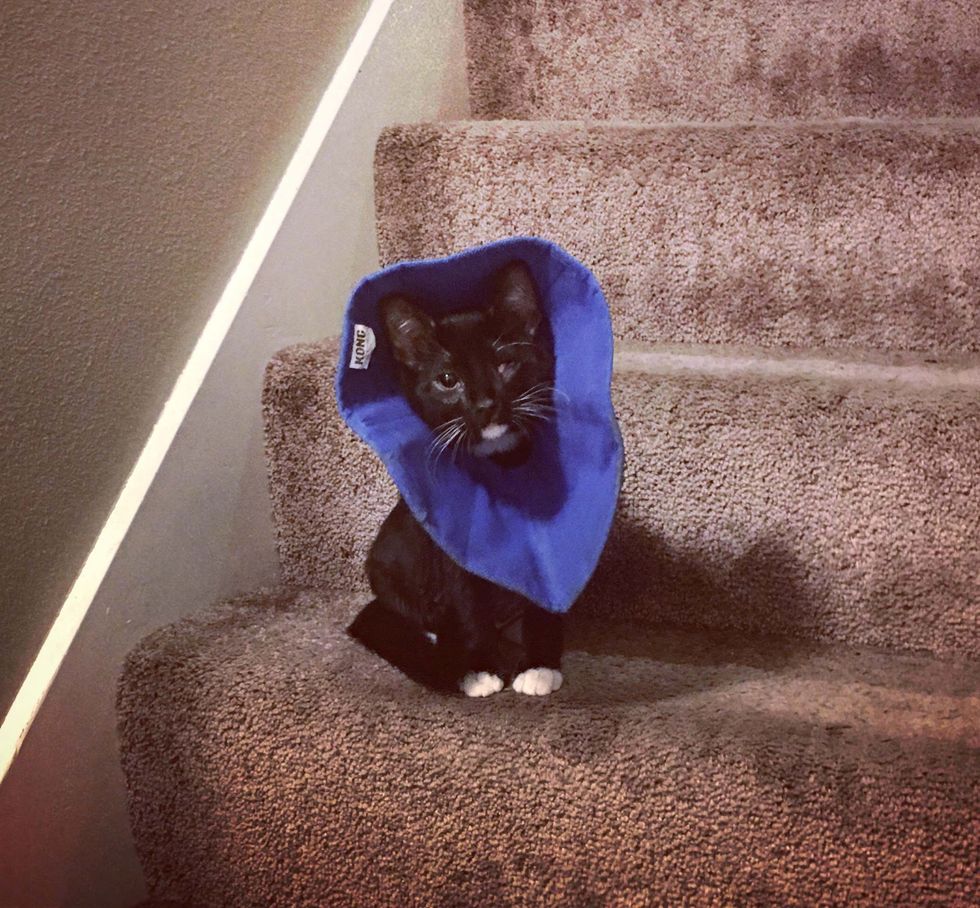 Atlas is now the bathroom supervisor.

He may only have one eye, but nothing can escape his incredibly sharp vision. 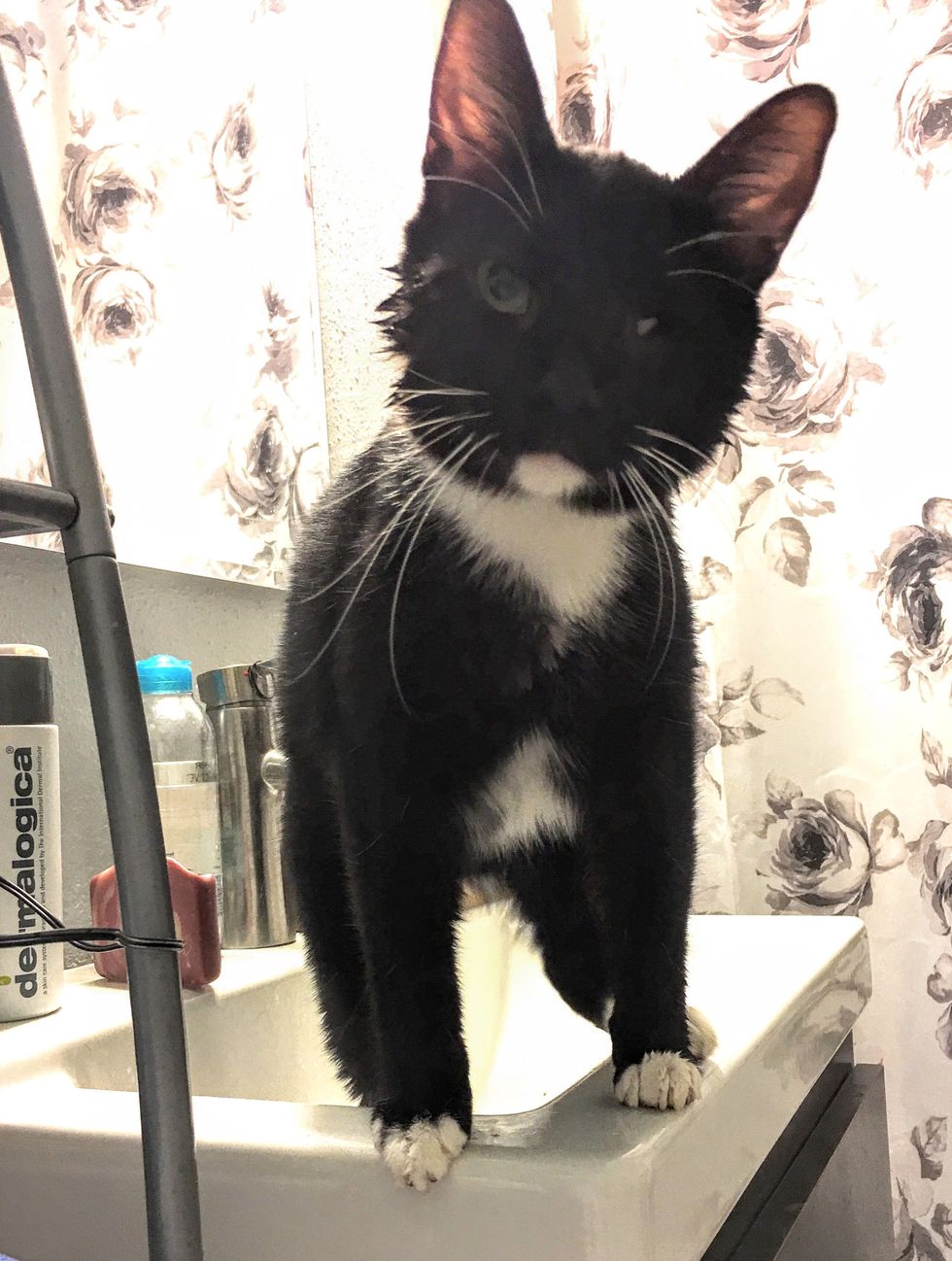 Cambria has grown up to be a stunner!

Their human mom refused to give up despite all the odds against them, and brought them back from the brink. Look at them now! 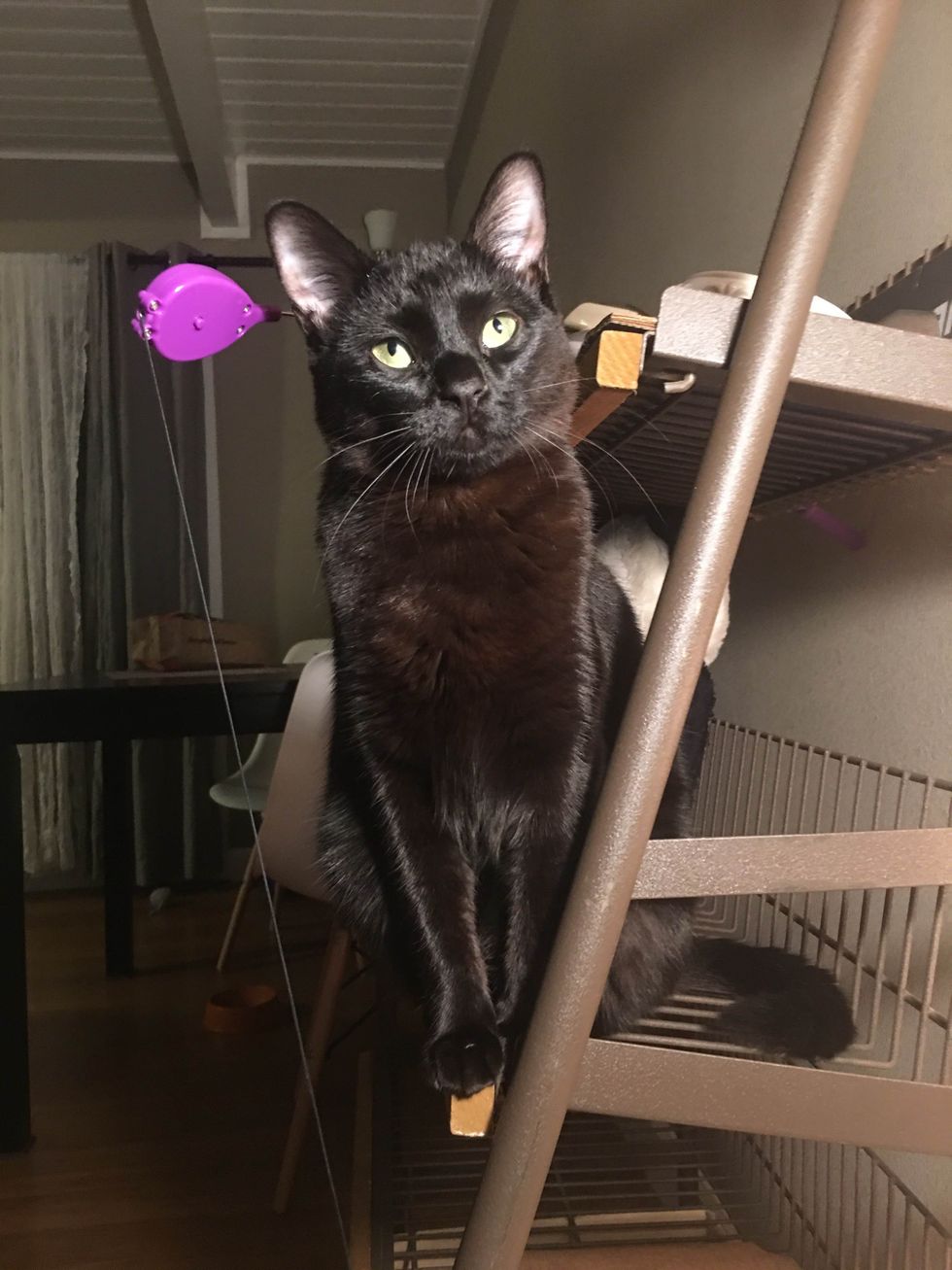 Related story: Girl Bursts In Tears When She Meets Kitten Who Looks Like Her Best Friend That Passed Away