Woman Saves Kitty with 'Vampurr Fangs' From Streets, One Year After the Rescue...

A kitty with vampurr fangs stole a woman's heart after she rescued him from the streets. 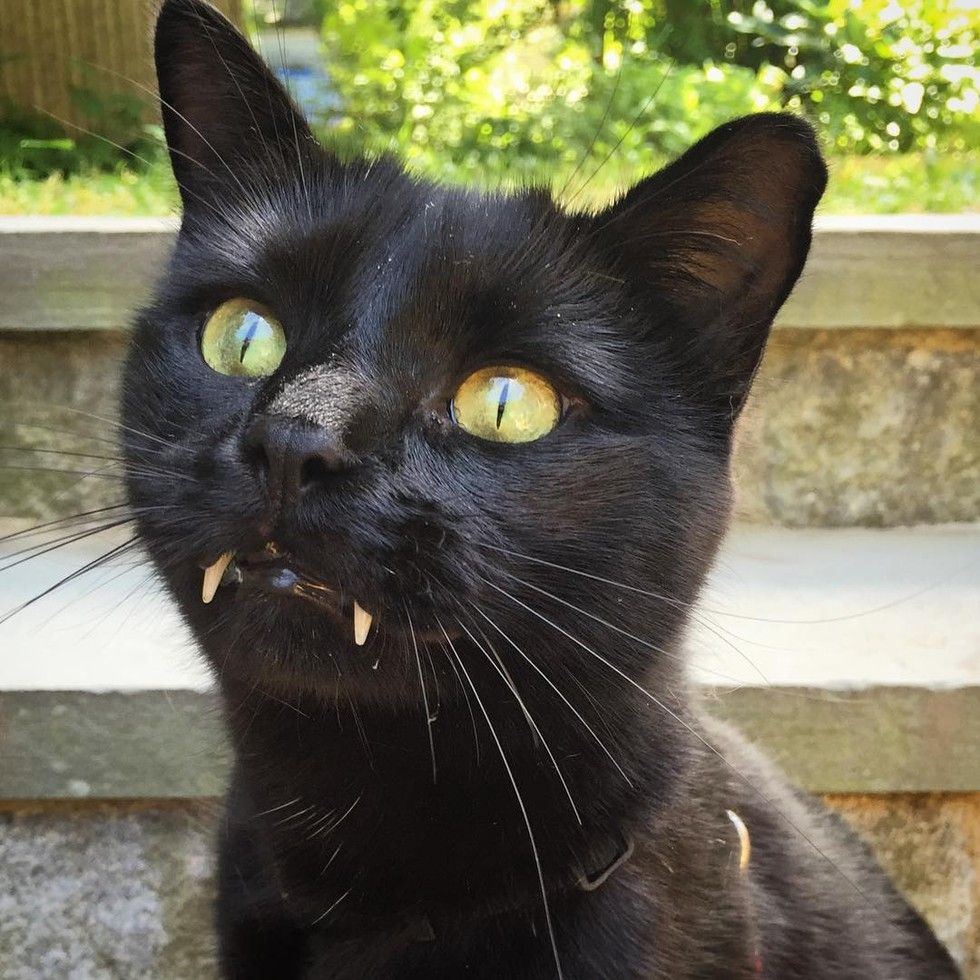 A little black kitten ran into the street right in front of a moving car, but the driver stopped just in time. She got out of her car and went to save the kitten.

Nicole Rienzie was on her way home when she spotted the tiny black kitten. "He darted in front of my mom's car. We stopped and got out," Nicole told Love Meow.

"He was covered in filth, bugs and very malnourished. His eyes were infected shut."

The little kitten was very thin and frail. His eyes were so infected that he could barely see when he ran. 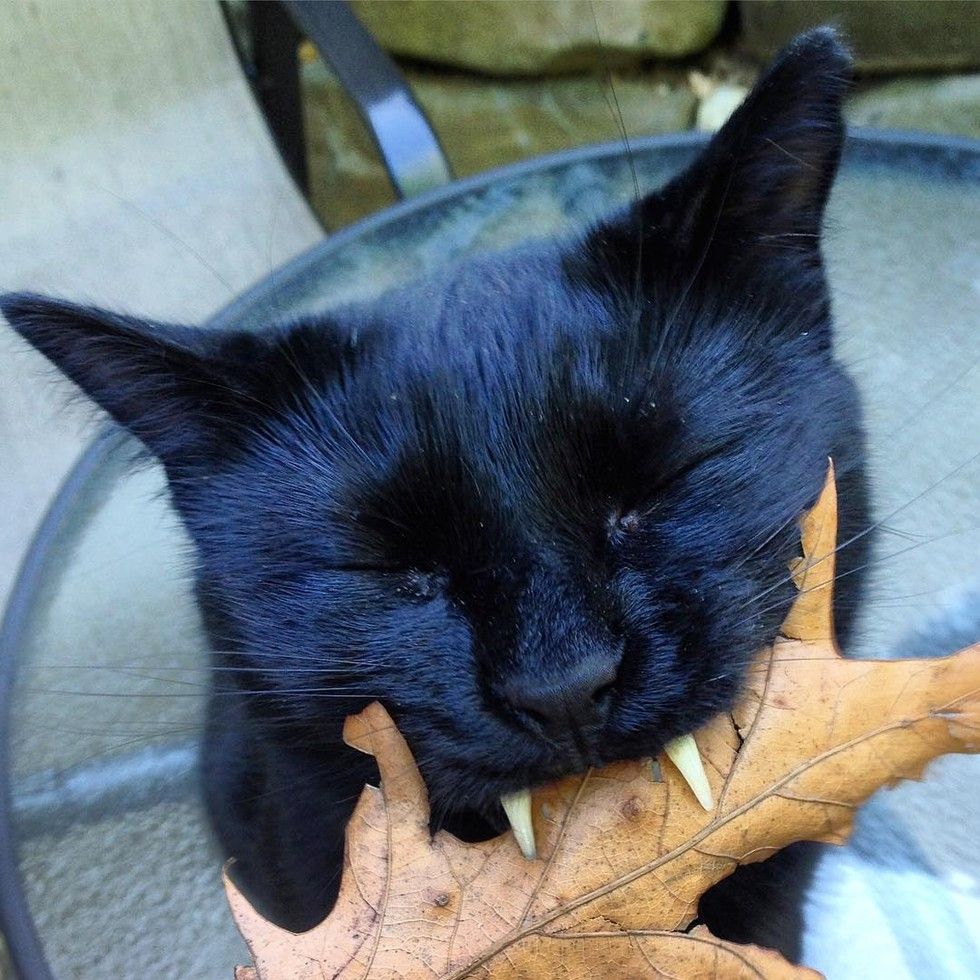 They scooped up the kitten and took him home.

Nicole gave the little kitten a much-needed bath, a full meal and a lot of TLC, and nursed him back to health. 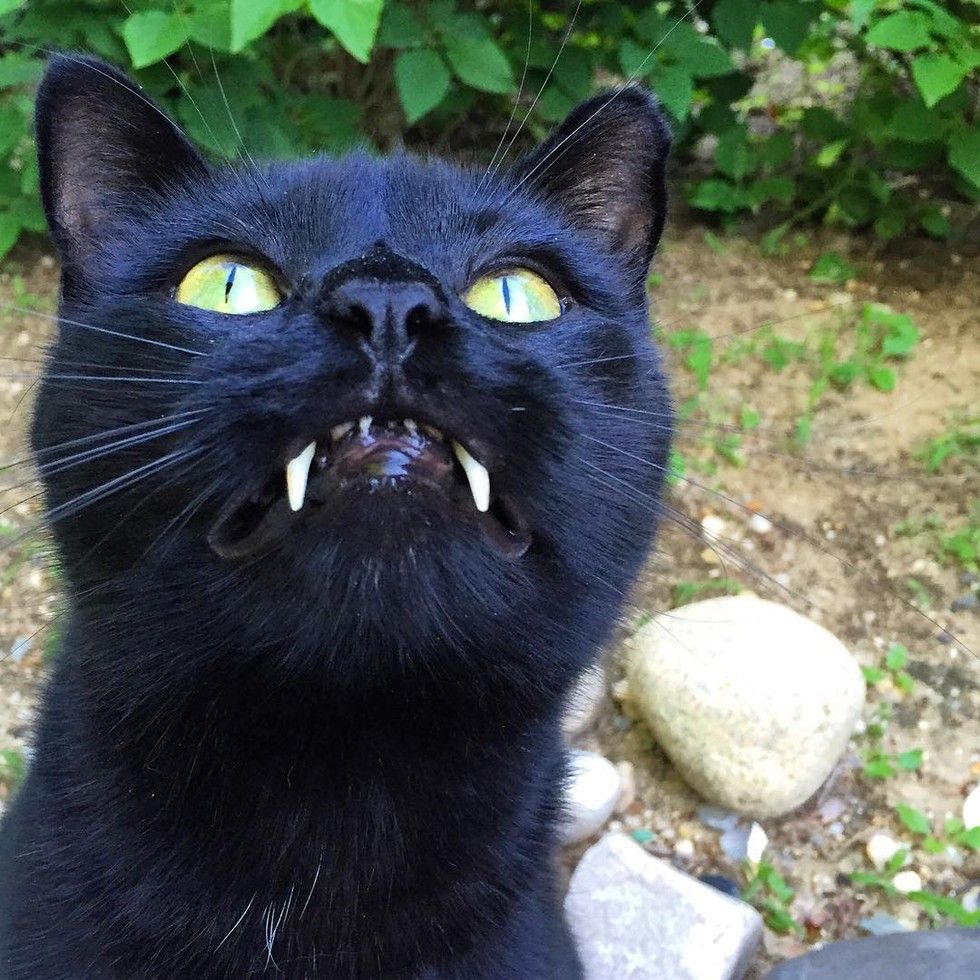 The little kitten soon proved that he had a wild side. He couldn't stop playing and running around like a little monkey, so the name Monkey or Monk just stuck.

"He quickly earned his nickname because of his silly, hyper antics," Nicole told Love Meow. 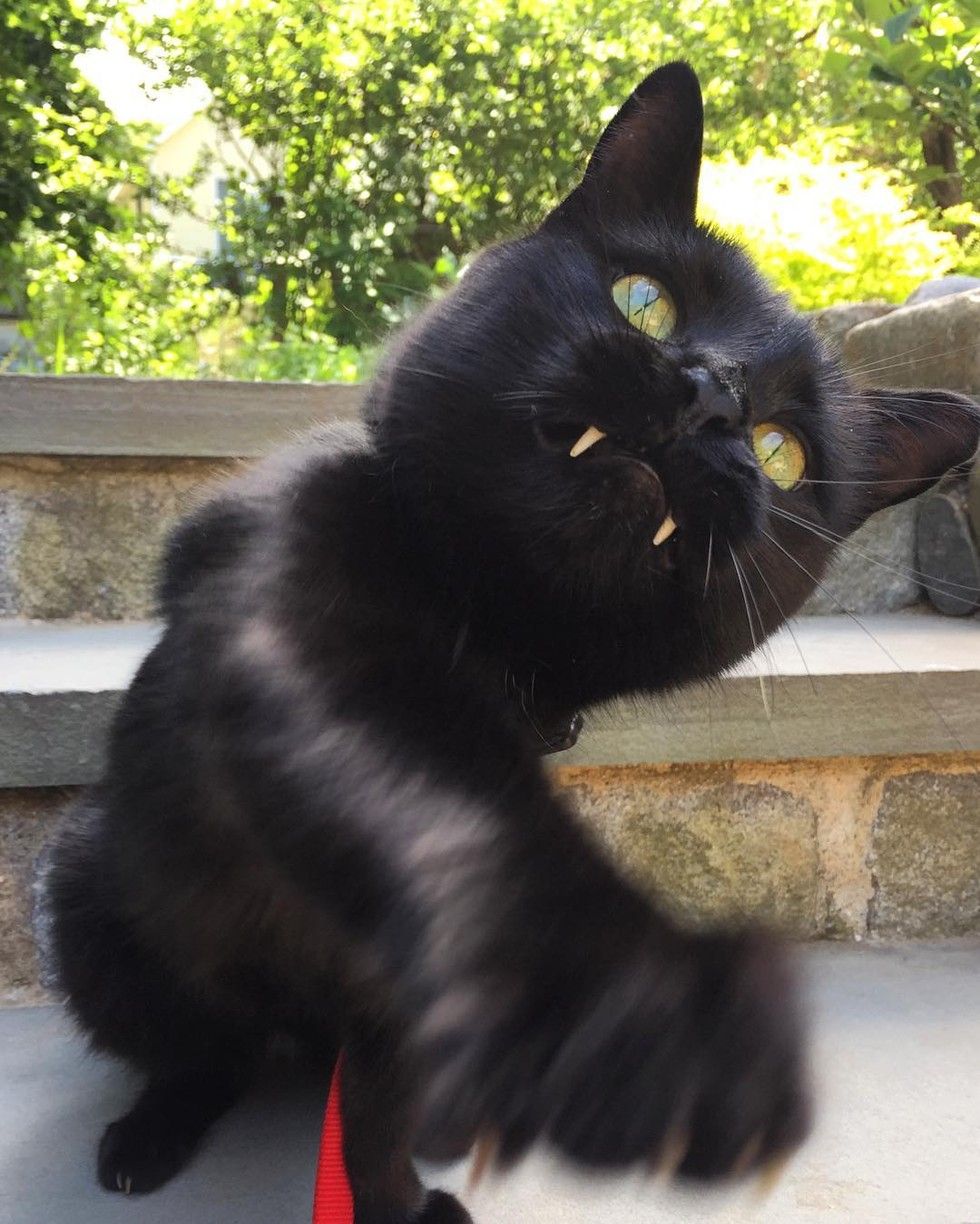 Then Monk's teeth began to grow. Those canines just kept on going longer and longer. The two long fangs make him look like a little vampurr!

"At first I tried to find him a home but I realized how much our meeting was divine alignment. I needed him just as much," Nicole told Love Meow. 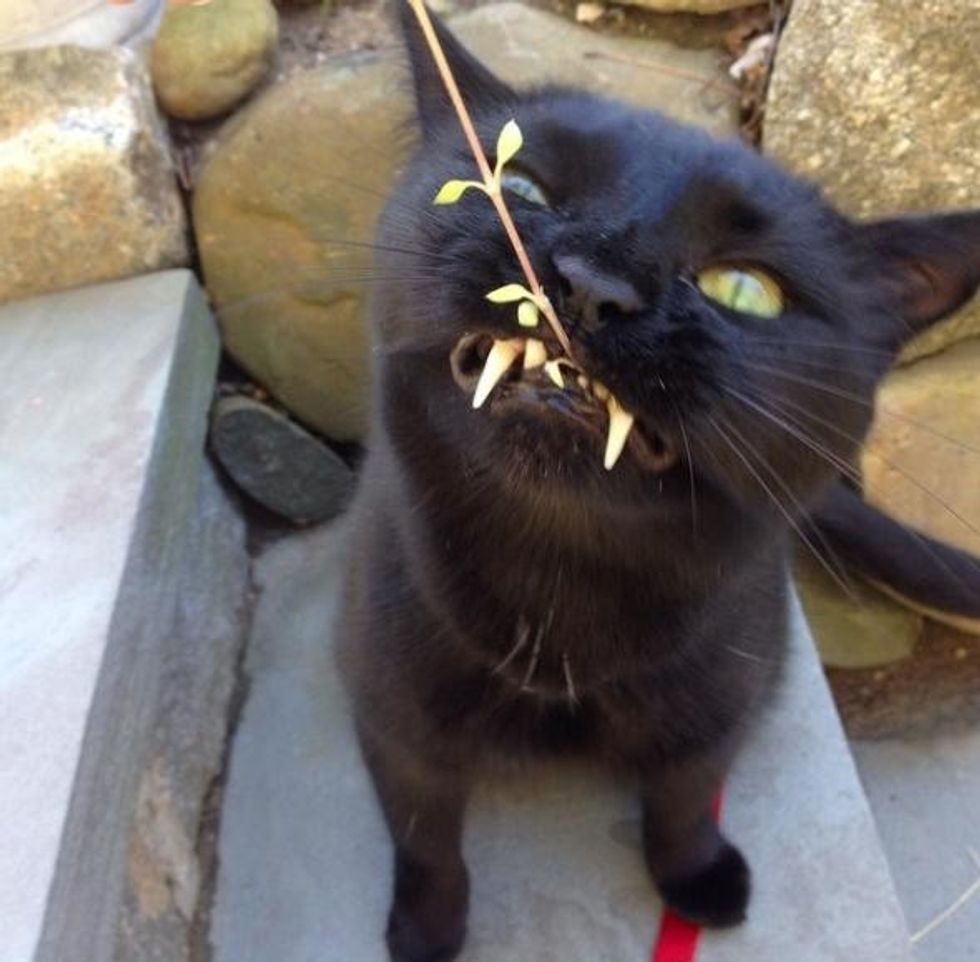 After a trip to the vet, Nicole was reassured that there is nothing wrong with the long fangs. It's rare, but it does happen in some cats.

Monk's vampurr teeth have become his signature feature and garnered him tens of thousands of fans on Instagram. 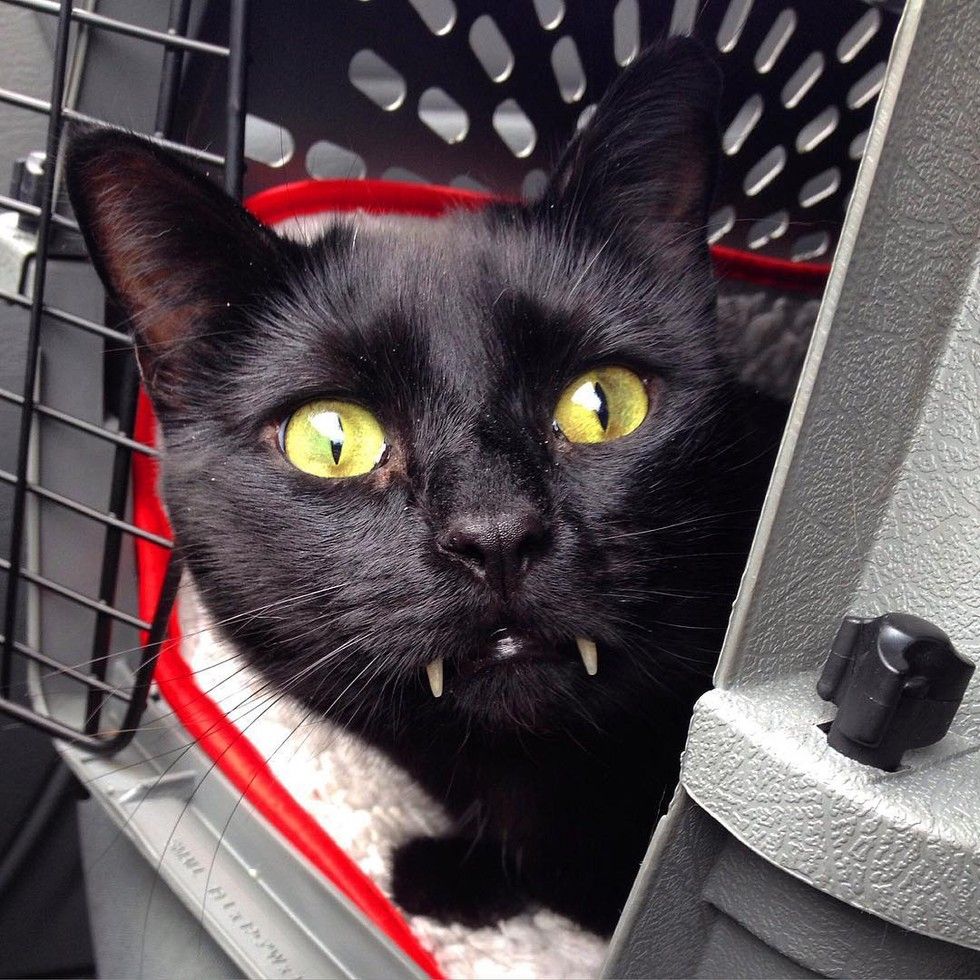 Monkey loves his brother from another mother, and is very nurturing to his every need. 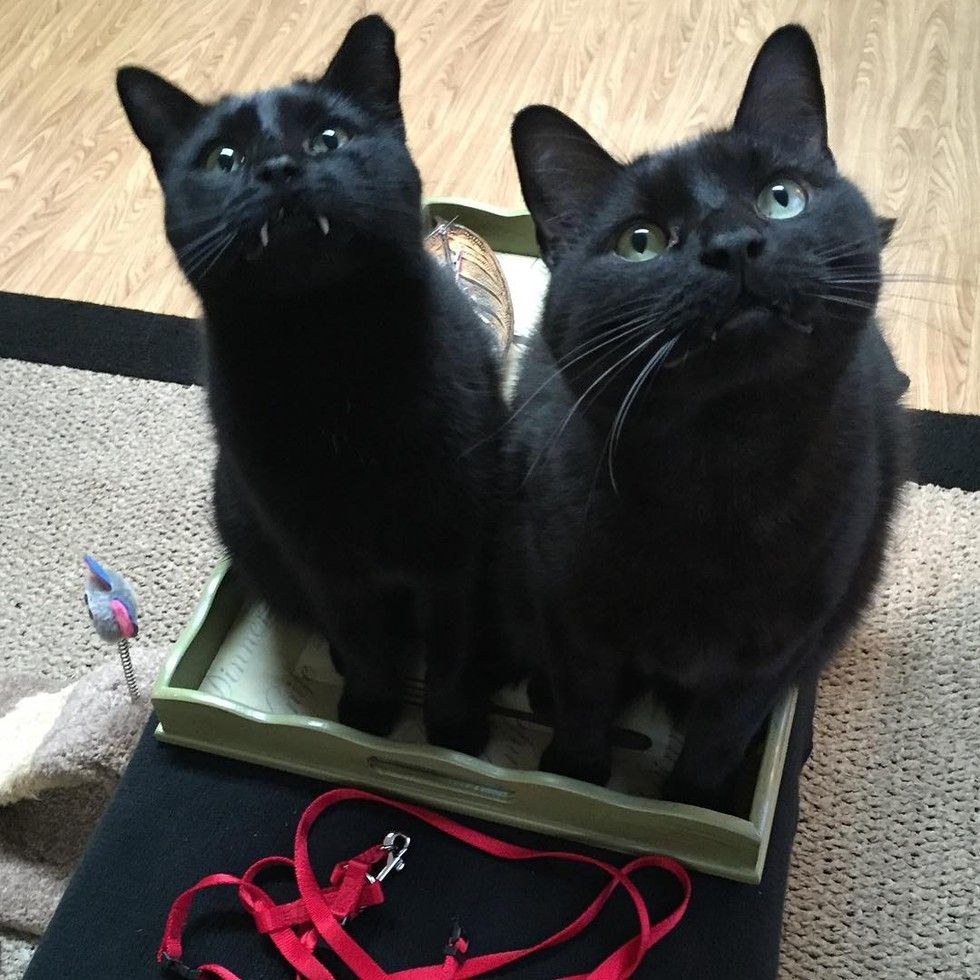 Monk is quite the character. He's feisty and has some serious cattitude.

He's very sweet to his humans and his best friend Bean and loves to give him baths. 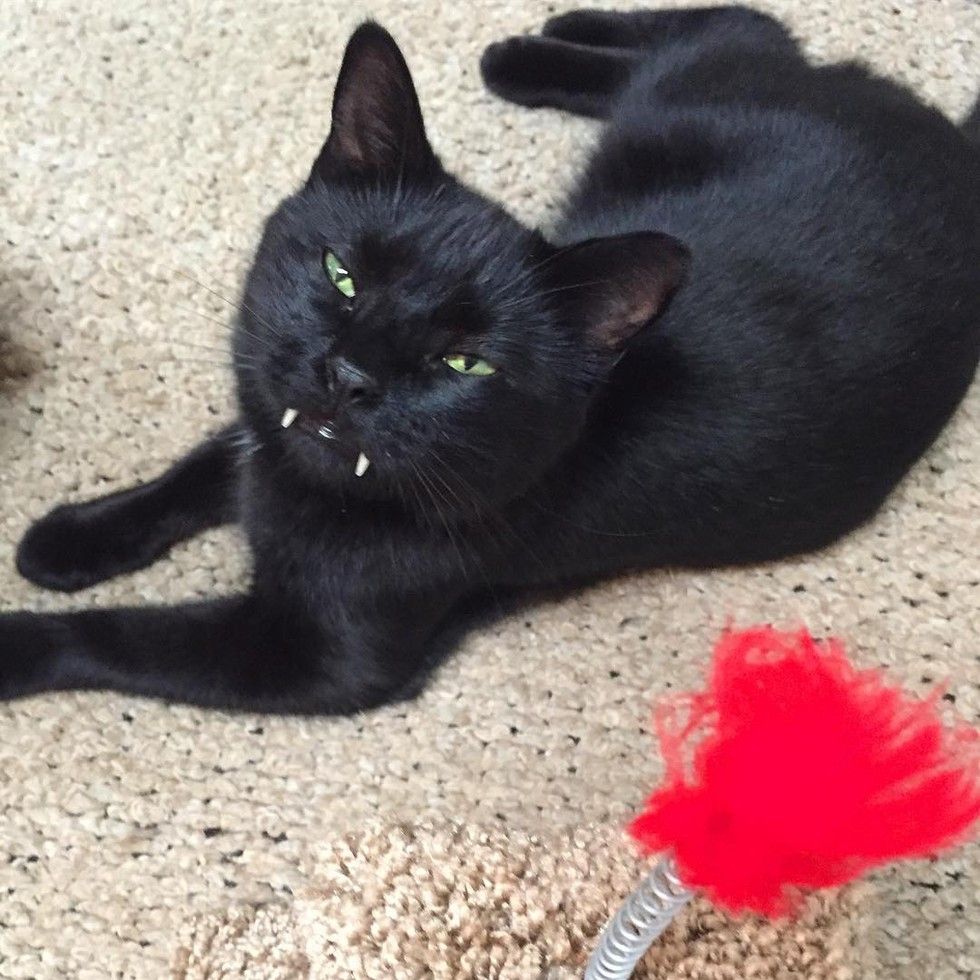 Monk is a vampurr cat, a black panther kitty and quite a charmer! 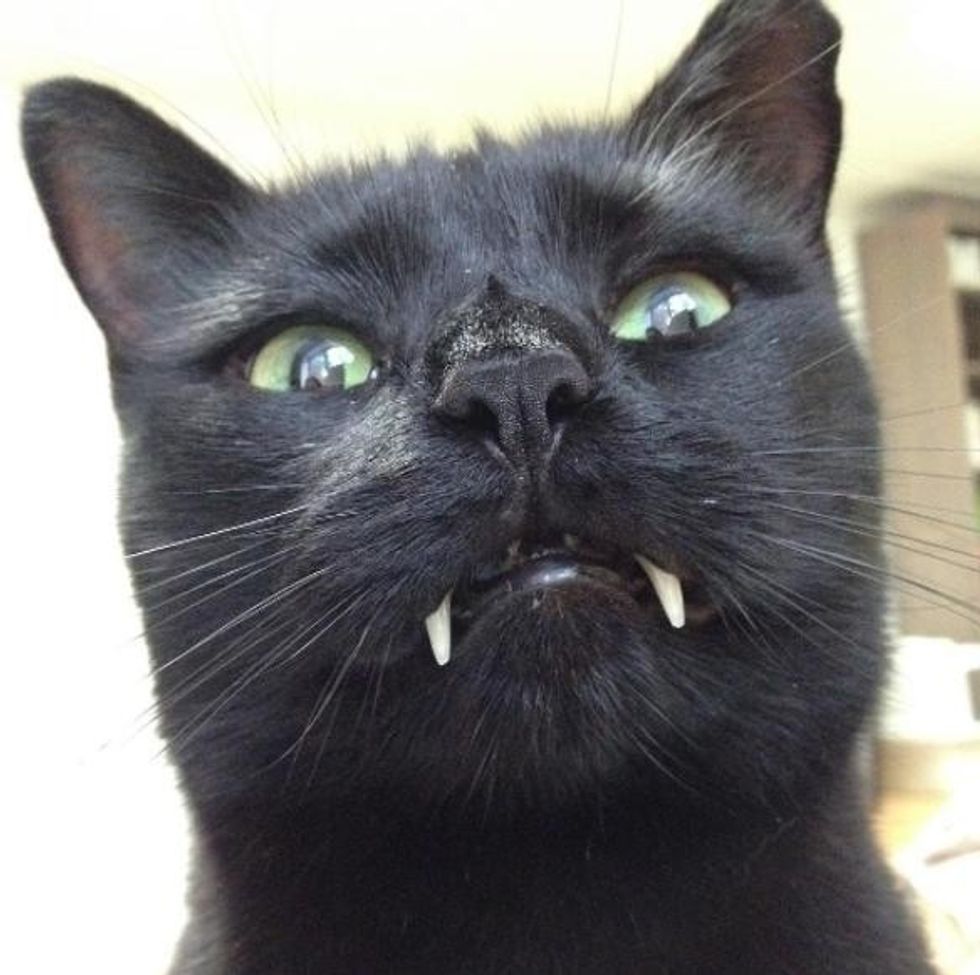 Look at those fangs!