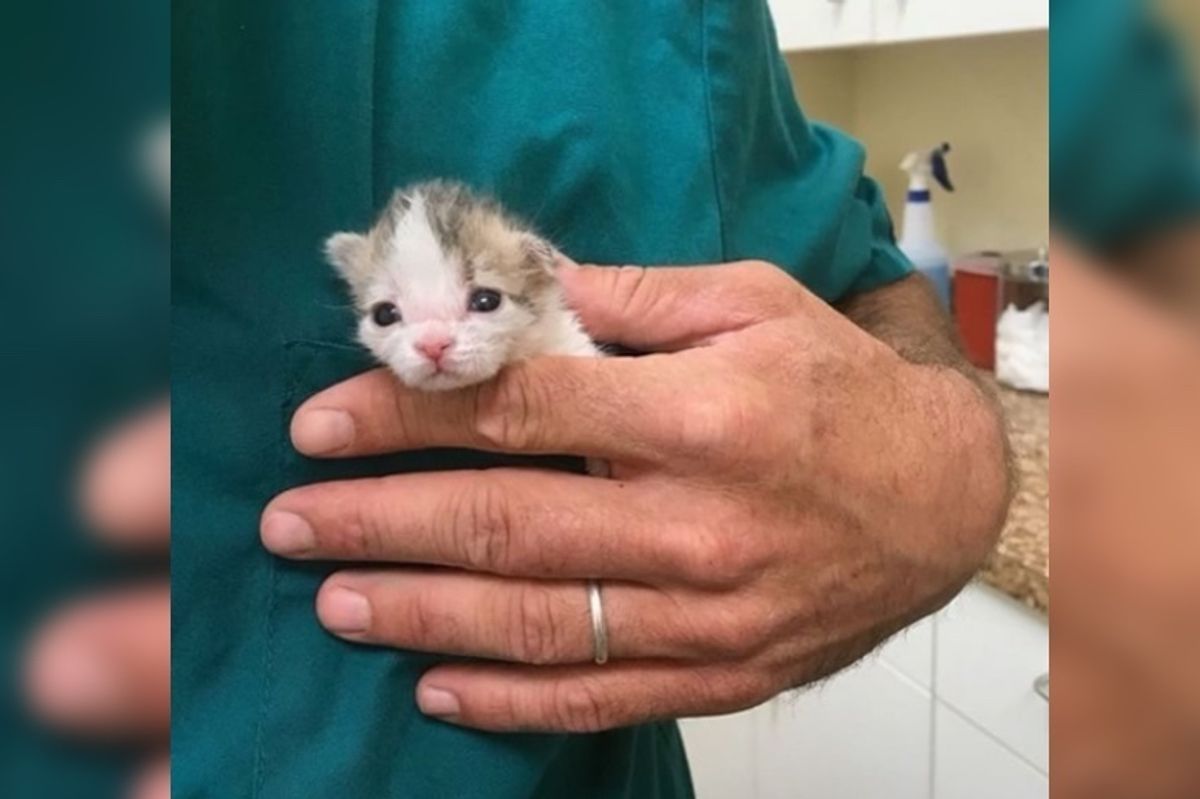 A family from a rural area of Idaho was surprised to find two newborn kittens in a sagebrush one morning in June when they were looking for a stray cat that had showed up the day before.

One of the kittens didn't survive and the other one was very weak. 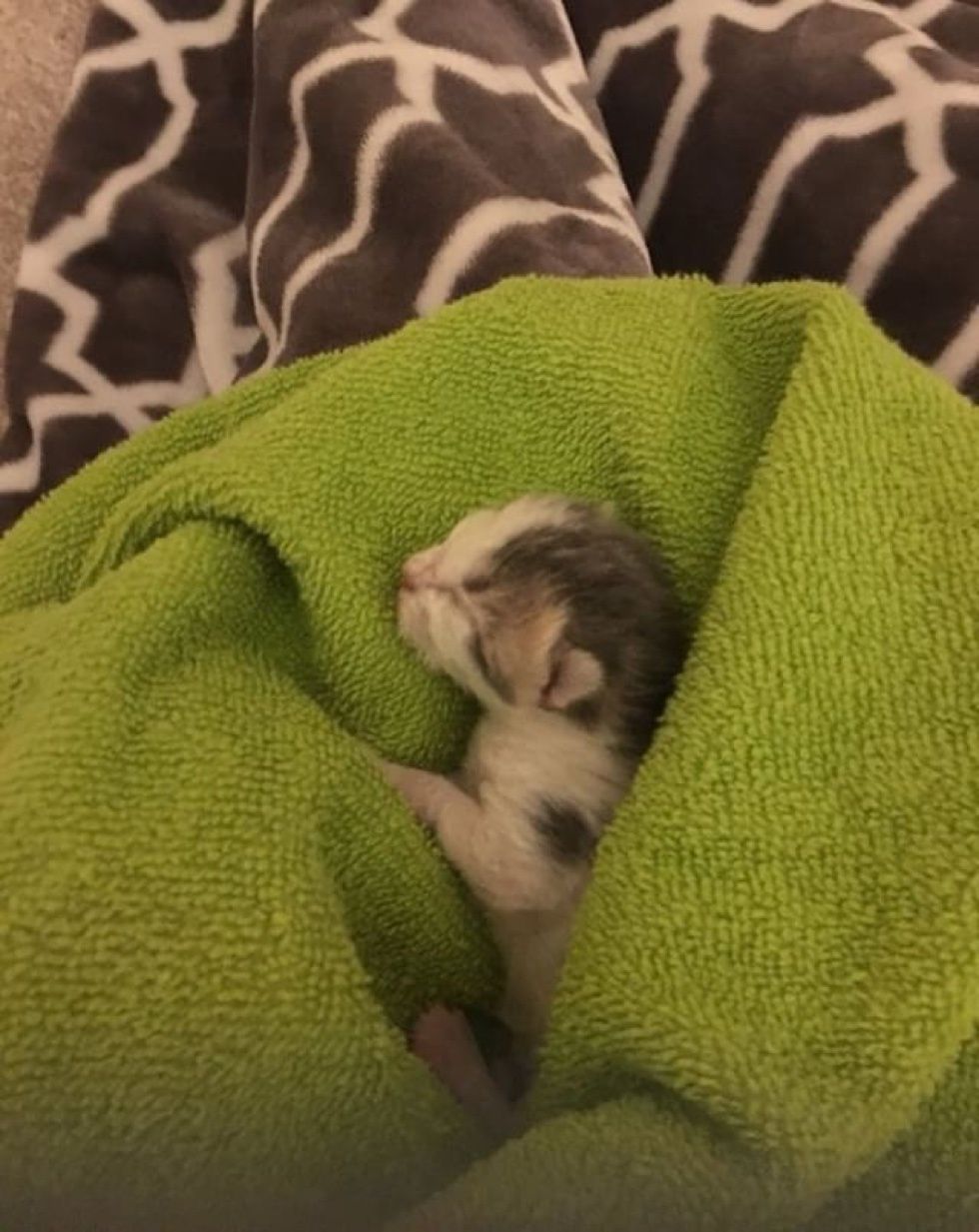 While Annalise Burke and her mother were looking around for more kittens, the cat mother came back but showed no interest in nursing so they brought them to a local rescue group to get help.

When Annalise returned from the shelter, she was stunned by the faint cries coming from underneath their shed. "We found a third kitten," Annalise told Love Meow.

They started digging and carefully retrieved the kitten who had dirt all over her body and even in her mouth and throat. "She was coughing and wheezing when we got her." 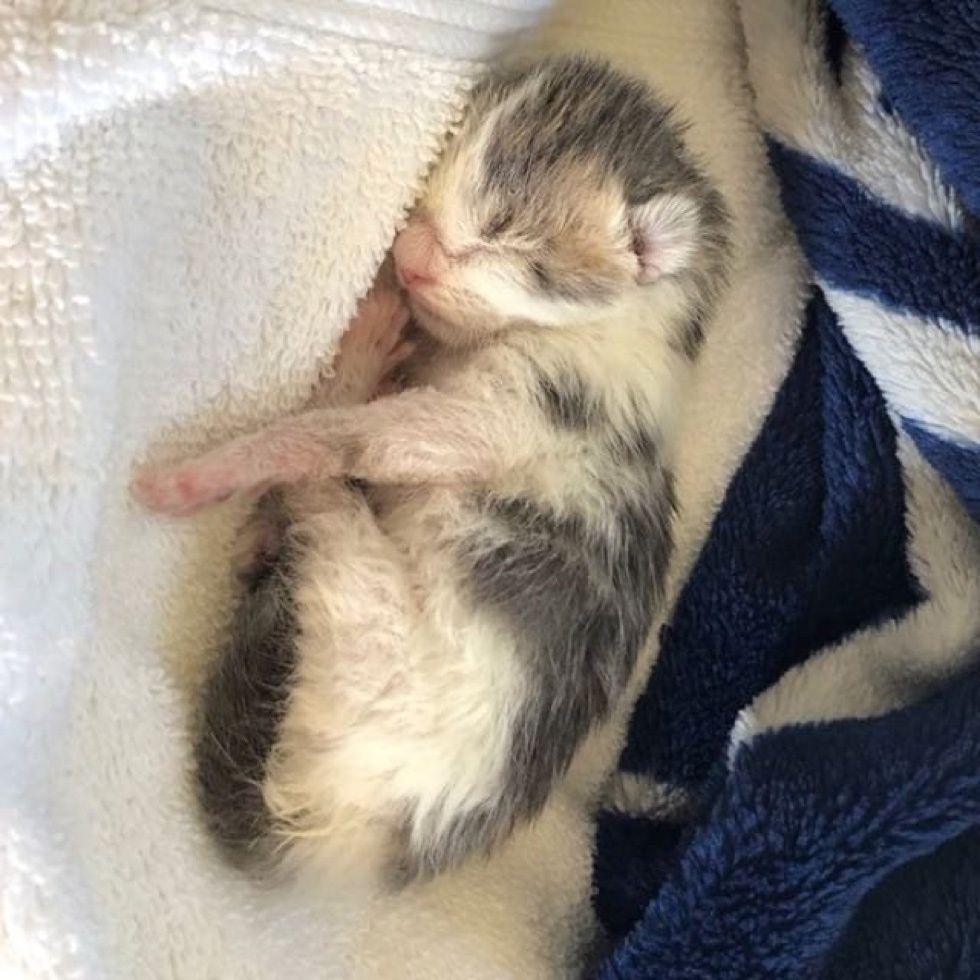 At the time, no shelter or veterinary hospital was open, so they rushed to a local goat farmer to get some fresh goat milk and started feeding the kitten, trying to revive her.

That night, no one slept. They stayed up feeding the kitten every hour, trying everything within their power to keep her alive.

They named her Gemma. 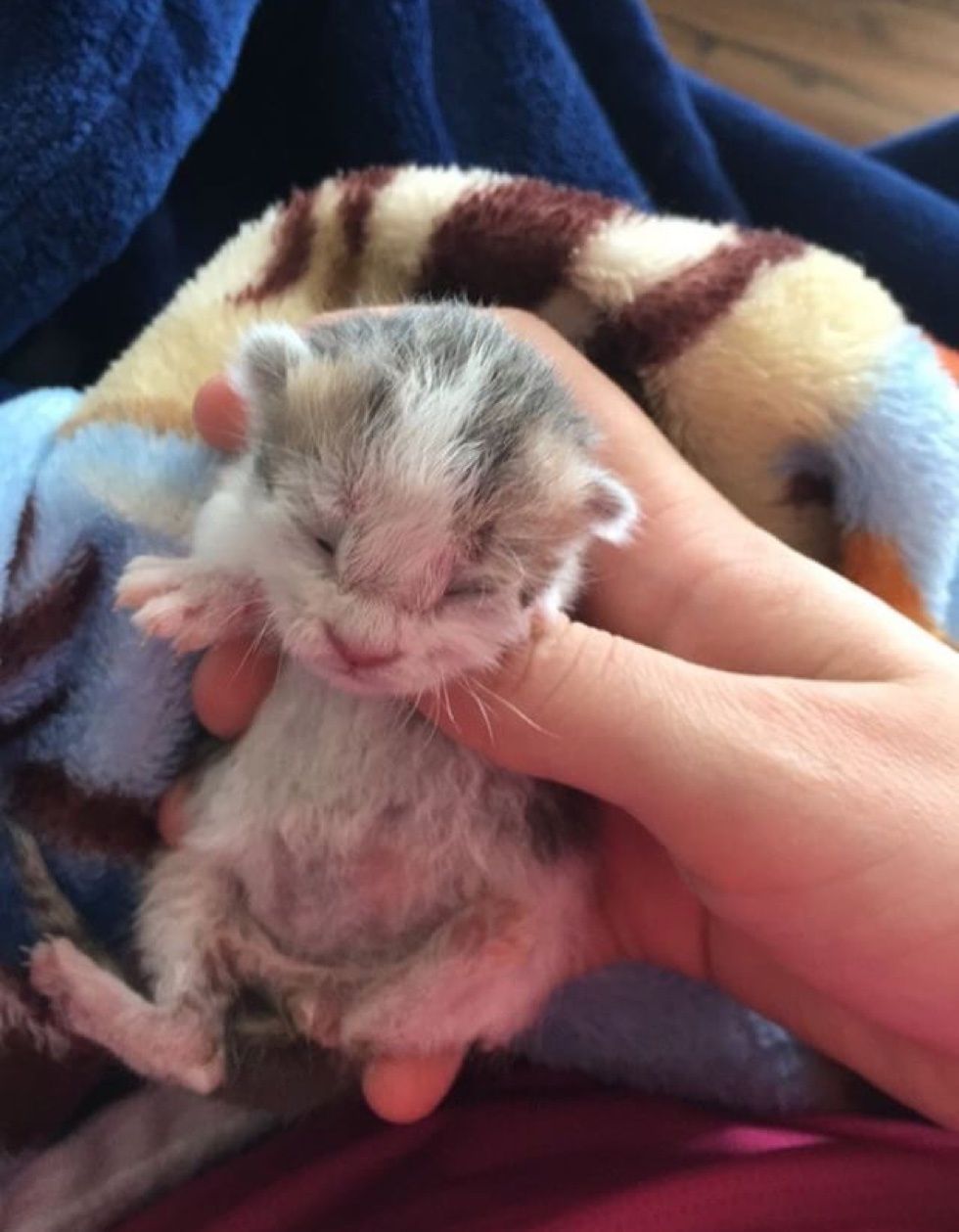 When they took her to the vet, the prognosis was not good and the vet was not confident that she would pull through.

"The vet asked if we wanted to put her down peacefully, or see if she had a small chance of living," Annalise told Love Meow. "I said I was going to try." 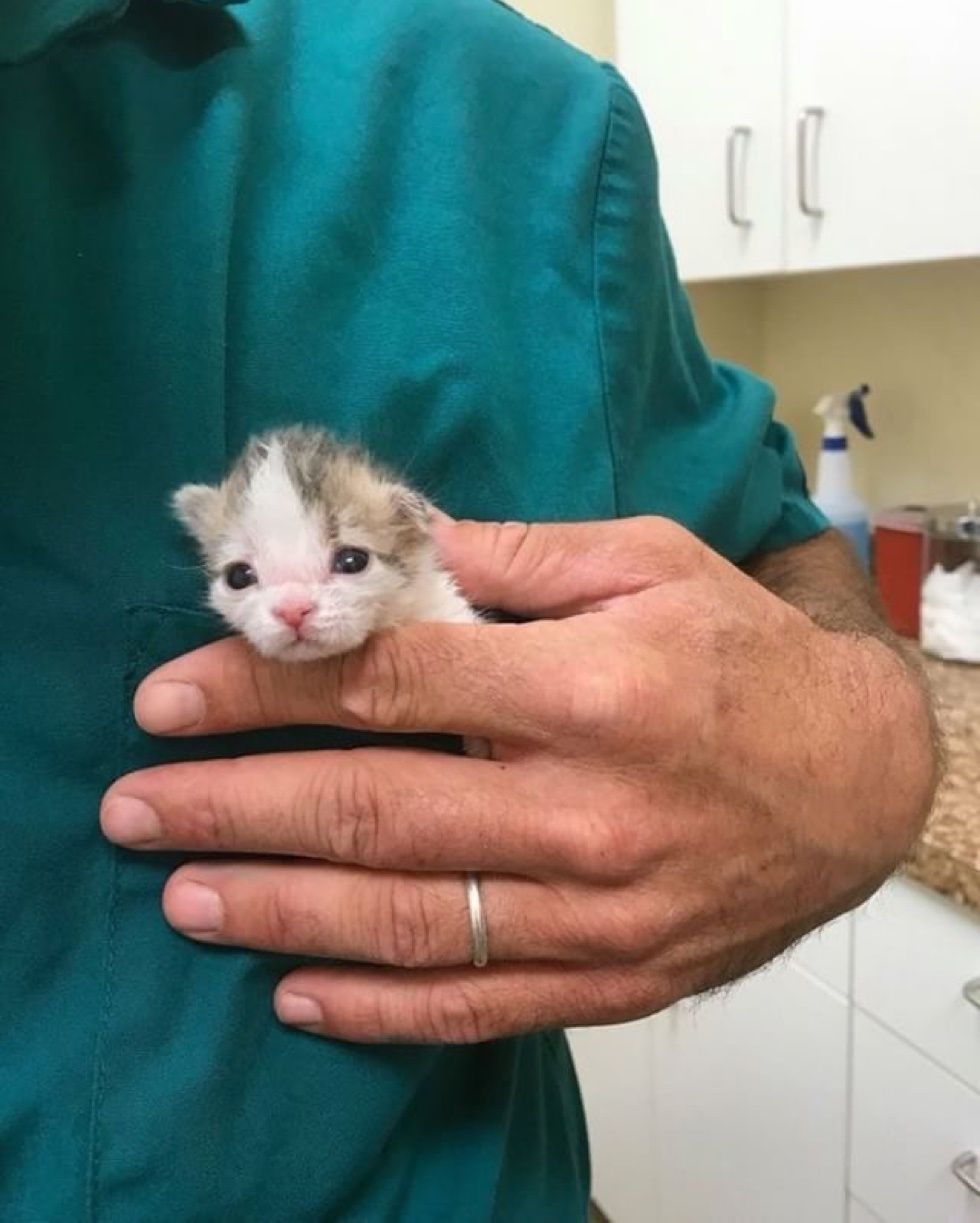 Over the next two weeks, Annalise put her part-time job on hold and devoted her time fully to saving Gemma.

"I remember the beginning was so exhausting. I never knew what day it was, or the time in the clock. At this point, we took the situation feeding by feeding," Annalise said. 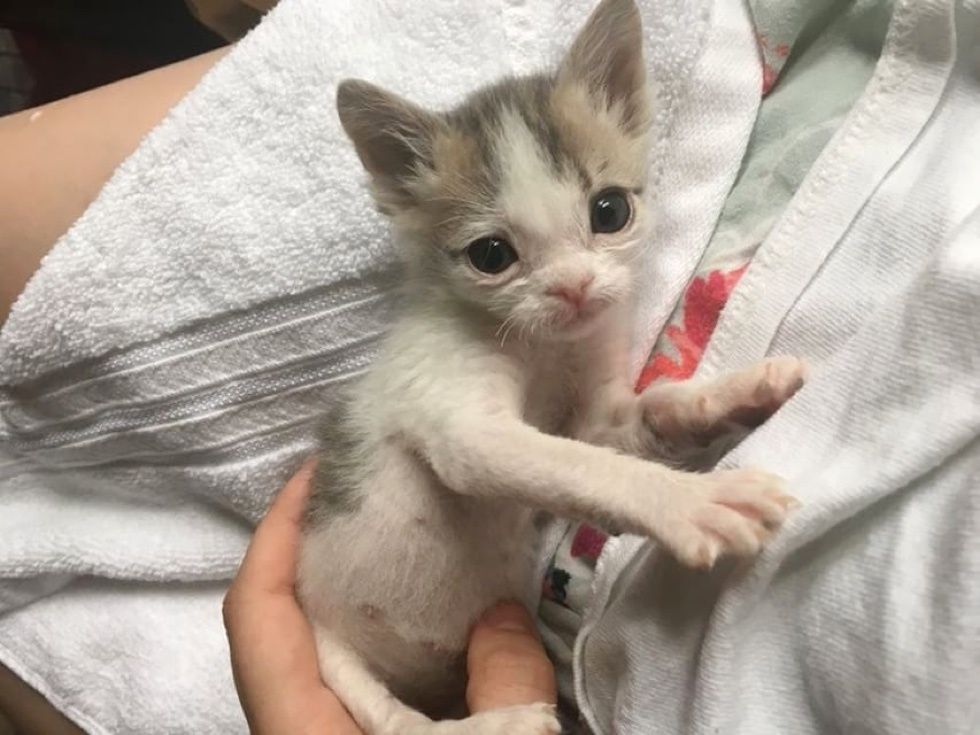 She didn't know if Gemma would come around but she didn't want to give up.

After powering through a month of round-the-clock feedings and little-to-no sleep, things began to look up. 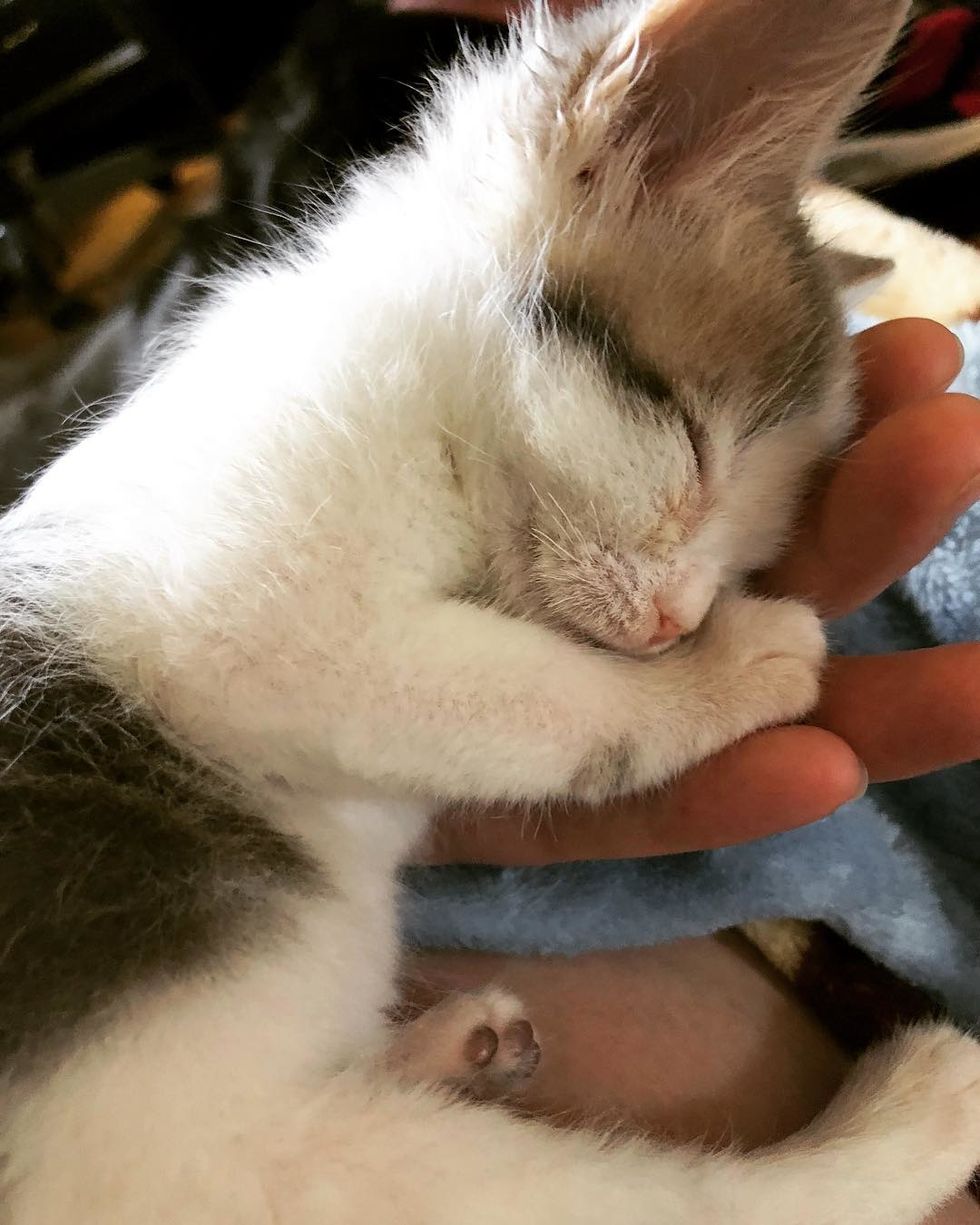 Gemma finally perked up and started putting on weight and gaining strength. "She was acting like a normal kitten," Annalise told Love Meow.

"It was worth putting my life on hold for Gemma. She is truly an angel." 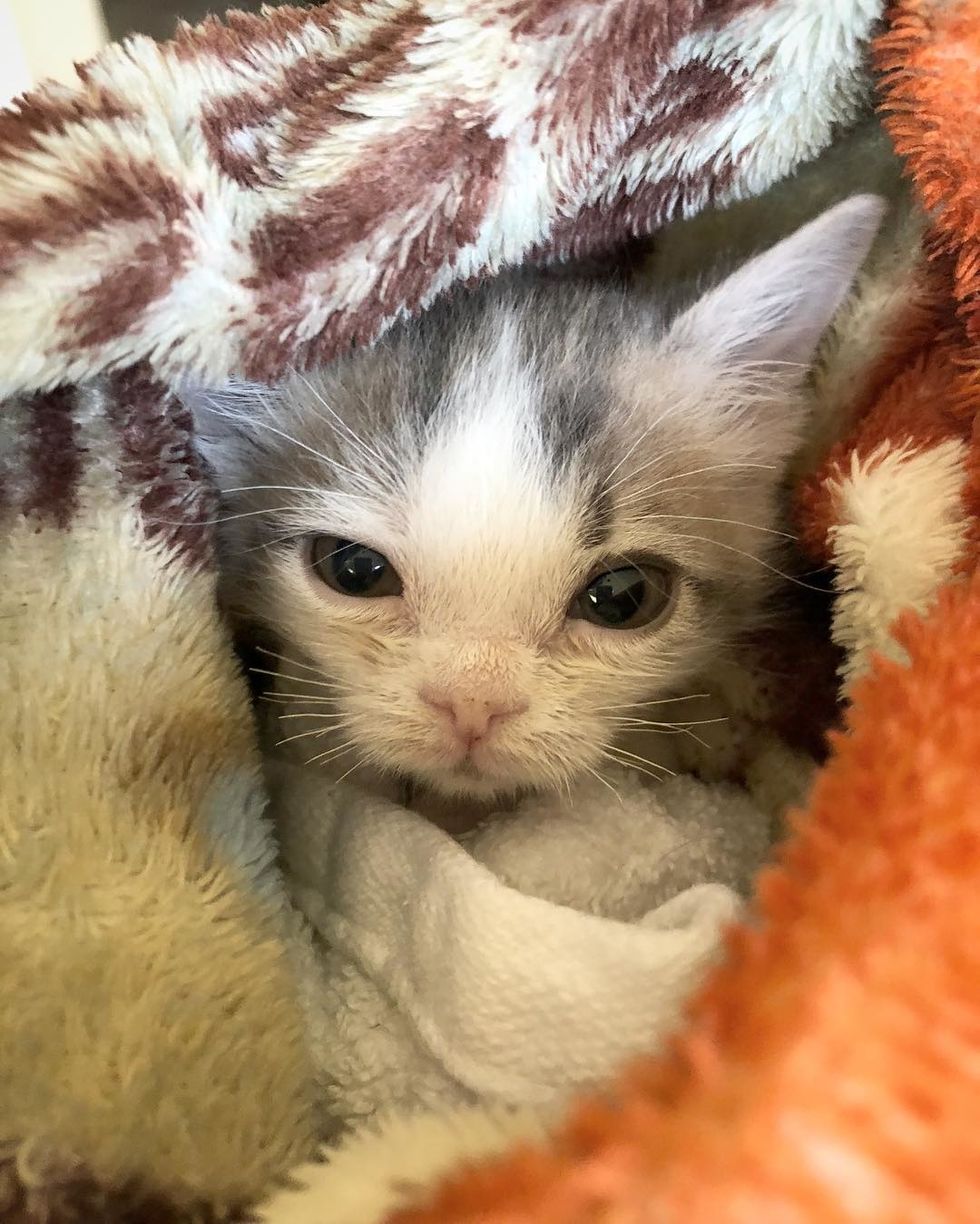 Gemma has really blossomed over the last two and a half months. 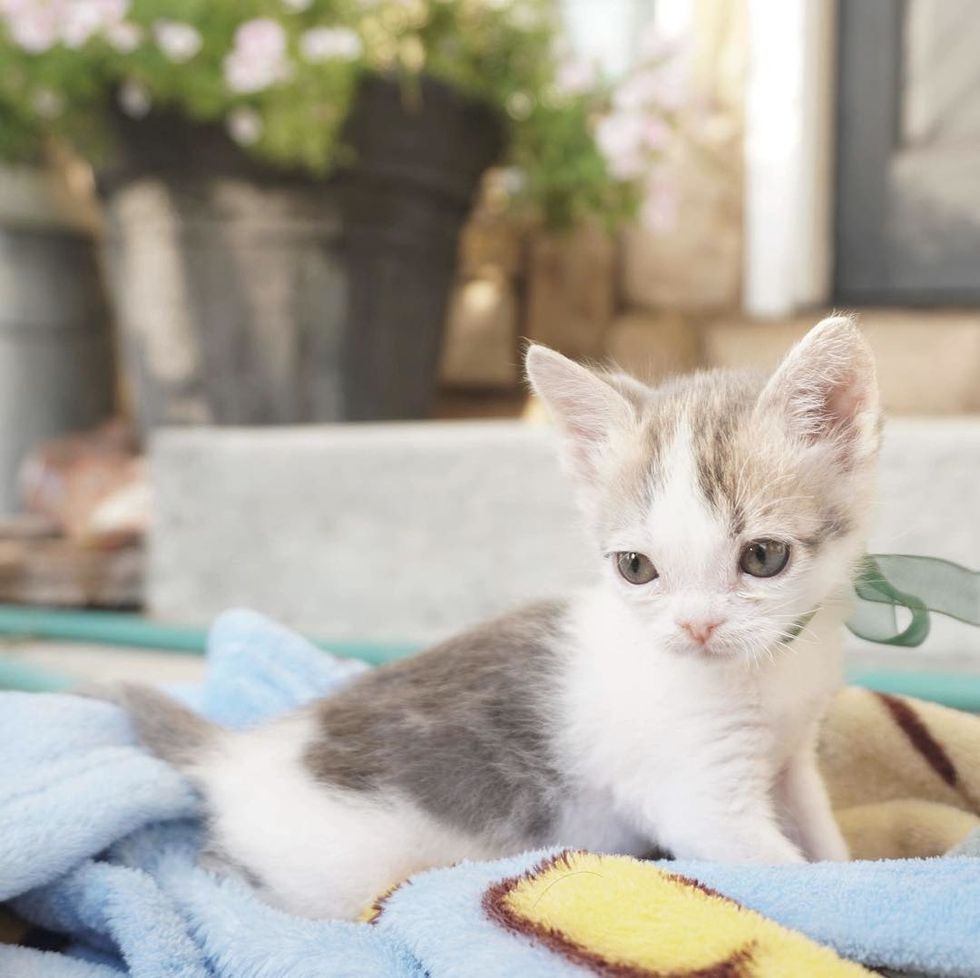 She adores her new feline sister Nova and keeps her groomed and showers her with snuggles.

Gemma has also won over Milo the tabby who wasn't so sure about the little rambunctious kitten at first. 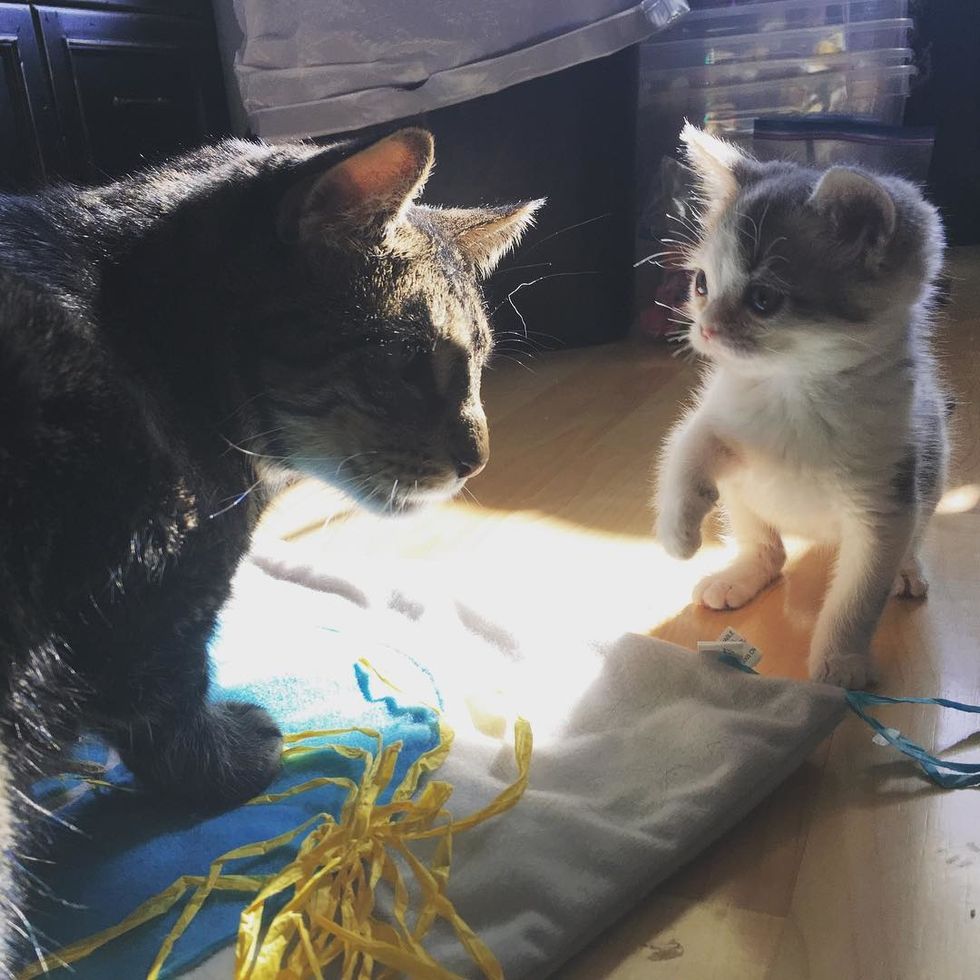 What Gemma loves the most is to be held and cuddled by her forever human who never gave up on her when others had lost hope in her.

"Everyday we are so amazed by her progress and growth from a blind bean to a playful girl," Annalise told Love Meow. 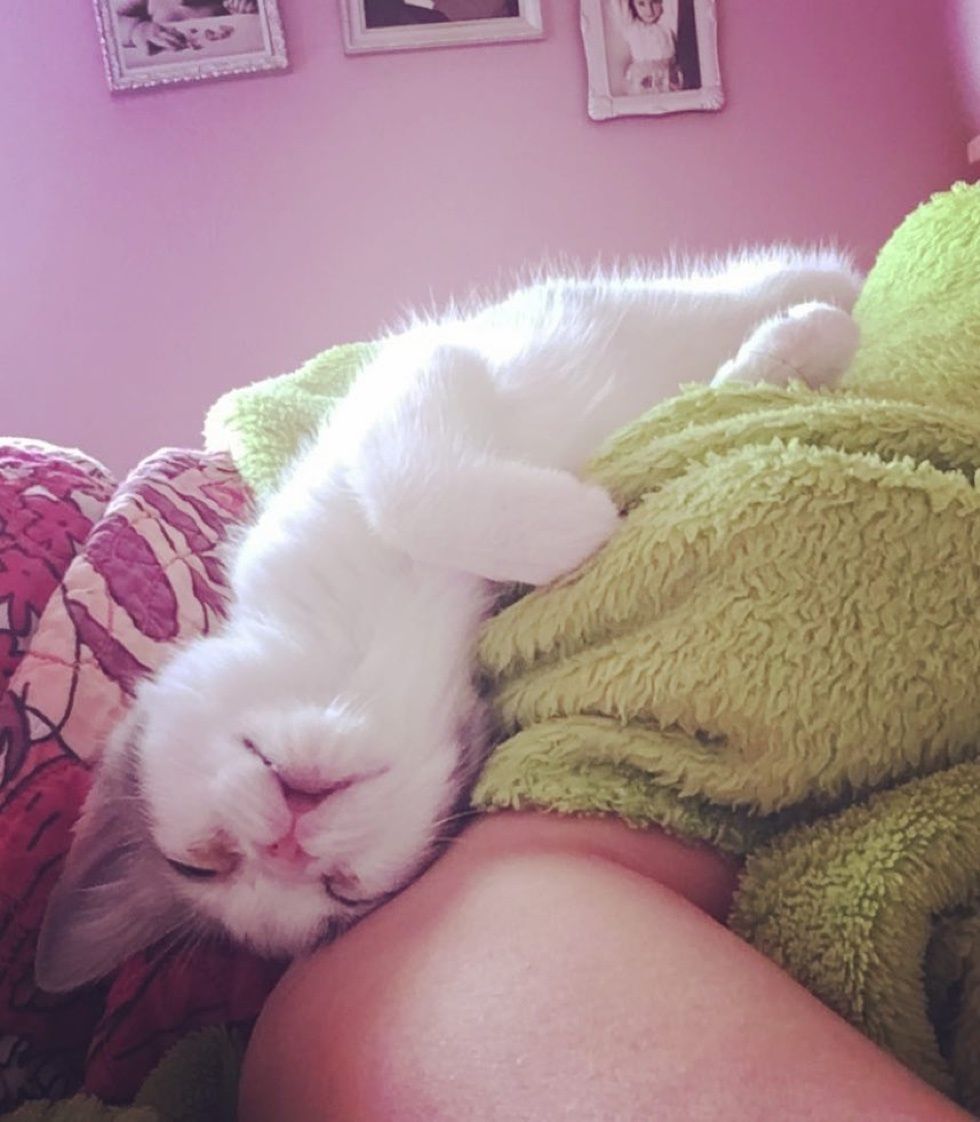 After a long day of playing..

princess gemma 🐱👑 젬마 공주 on Instagram: “Its hard being a kitten 🐱”

Related story: Rescuers Were Told to Give Up on Kitten Because He Would Never Walk But They Refused