A kind woman found a strange looking animal standing and barely moving in the road. She got out of her car to help, then realized it was a cat. 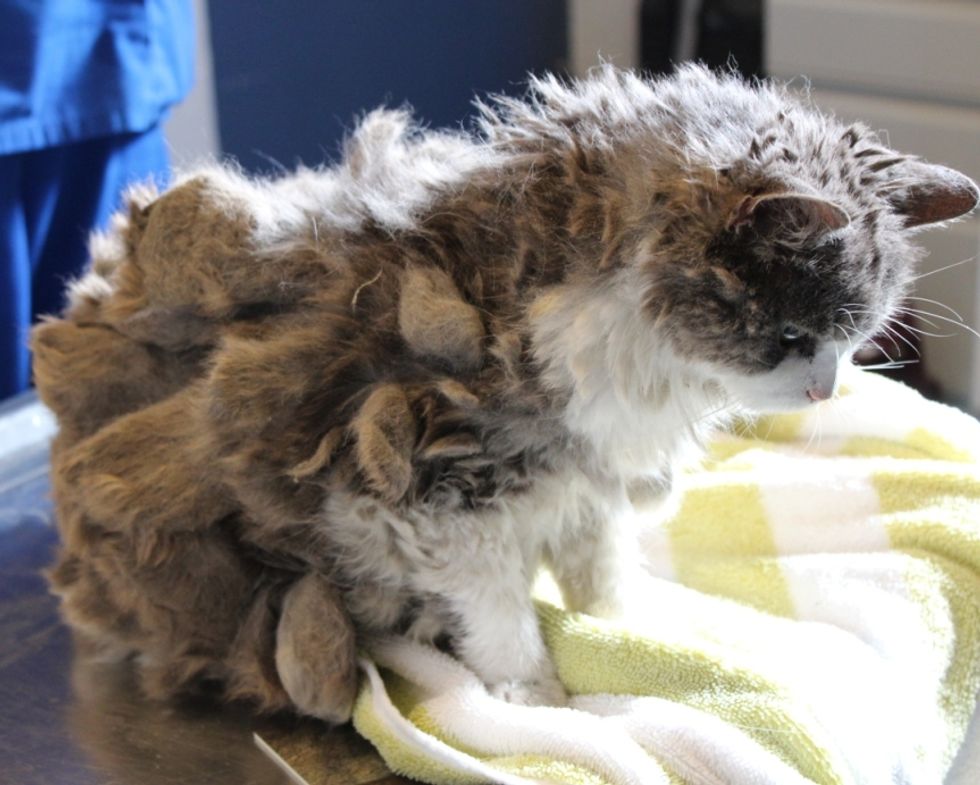 A good Samaritan found it standing still in the road. Upon closer inspection she realized it was a cat, however it hardly resembled one at all.

The kind lady brought the stray cat to Southampton Animal Shelter Foundation (SASF), and their medical team stayed late that night to make sure the kitty was going to be OK. 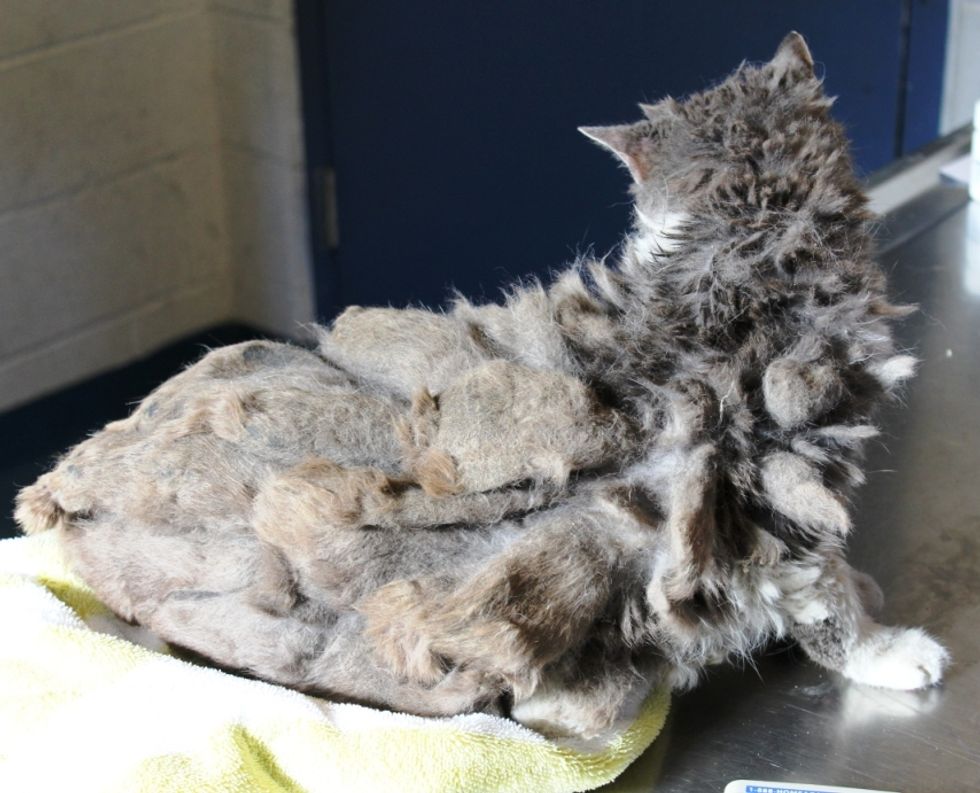 "She had pounds of added hair. It was the worst matted cat I have ever seen in my 7 years with the shelter," Linda Goldsmith who runs the Advo-Cat program at SASF, said in a press release sent to Love Meow. "The matts were so bad, she was unable to walk or hardly move."

The cat was starving and infested with fleas, ticks, and ear mites. She was extremely dehydrated but was so thankful to finally get help. 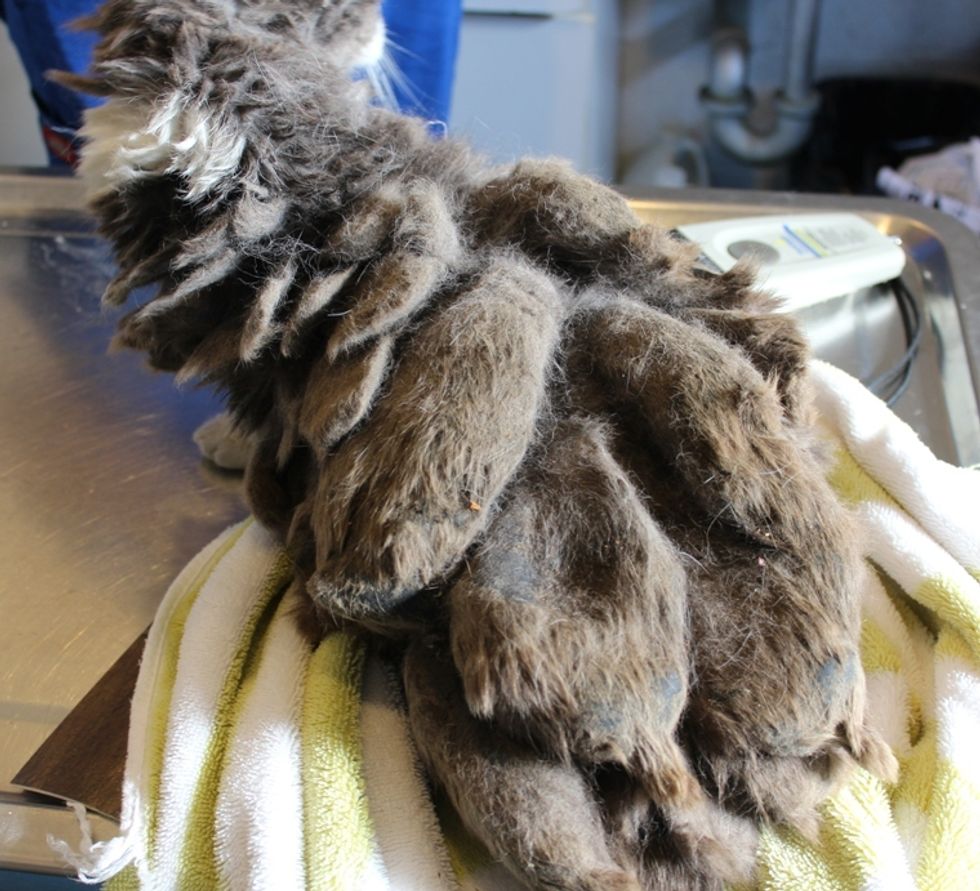 After hours of shaving and grooming, a beautiful cat was revealed underneath the matted coat.

With IV fluids, a good meal and a lot of TLC from everyone at the medical team, the kitty came through as a new cat. You could see the happiness in her eyes. 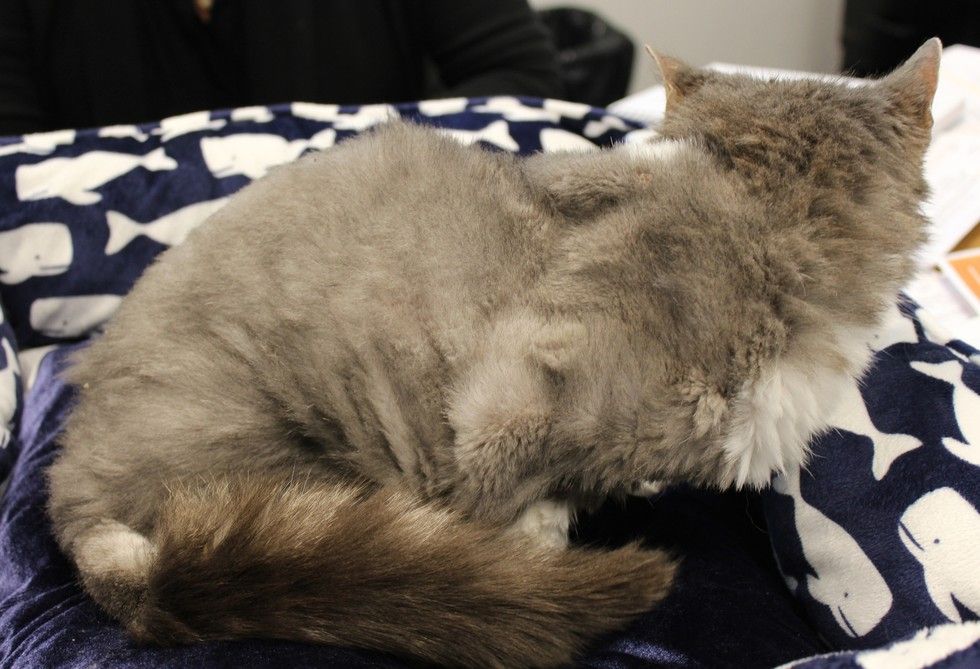 "We were finally able to see the kitty underneath the matts. We named our beautiful survivor, Scarlett." 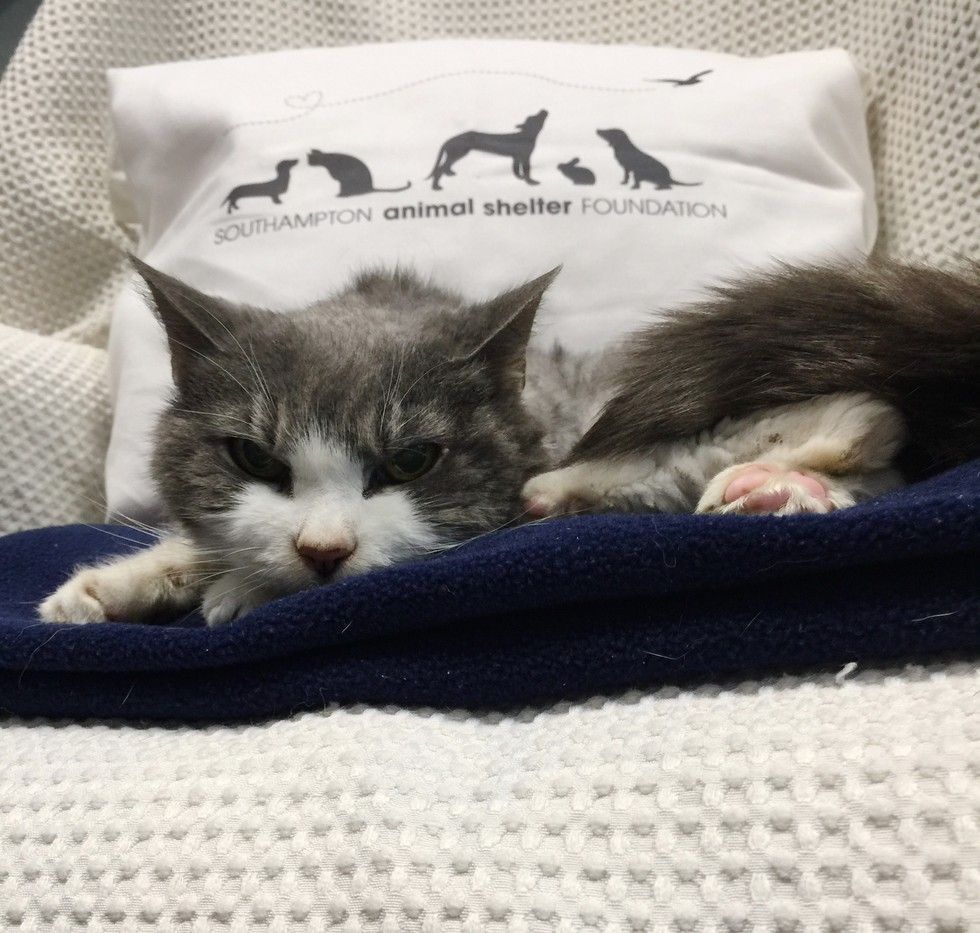 Scarlett is 15 years old, recovering from her tough life.

No one knows how long she was out fending for herself but this brave old gal is now thriving under SASF's care and is hopeful again.

Now what she needs is a forever loving home that she so deserves, a quiet place for a sweet kitty like her. 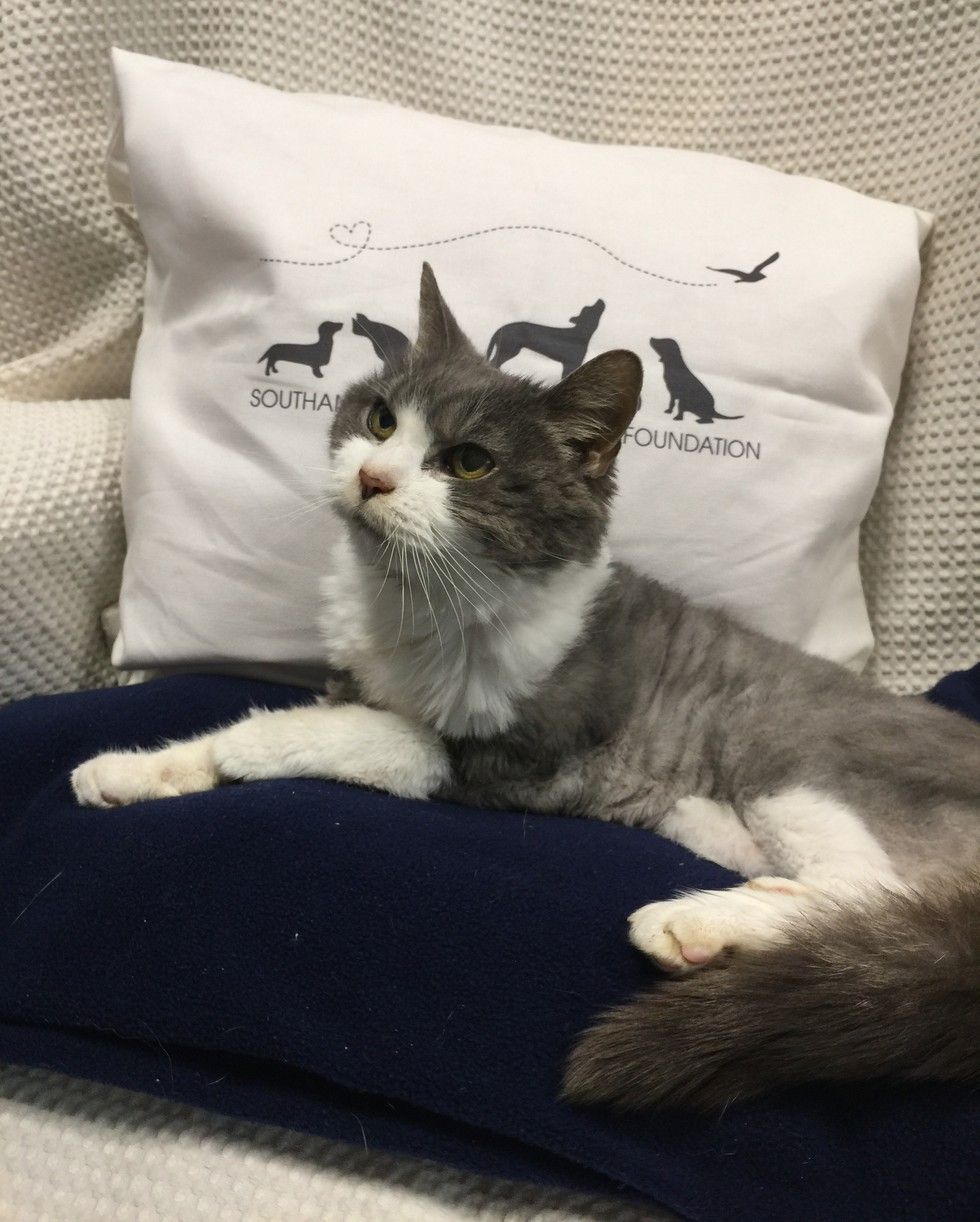 "We are so happy we found Scarlett in time and thank you to the good samaritain who brought her to us.

"She is healing well and is ready for a loving family to adopt her." Kate McEntee, Director of Public Relations and Marketing, told Love Meow. 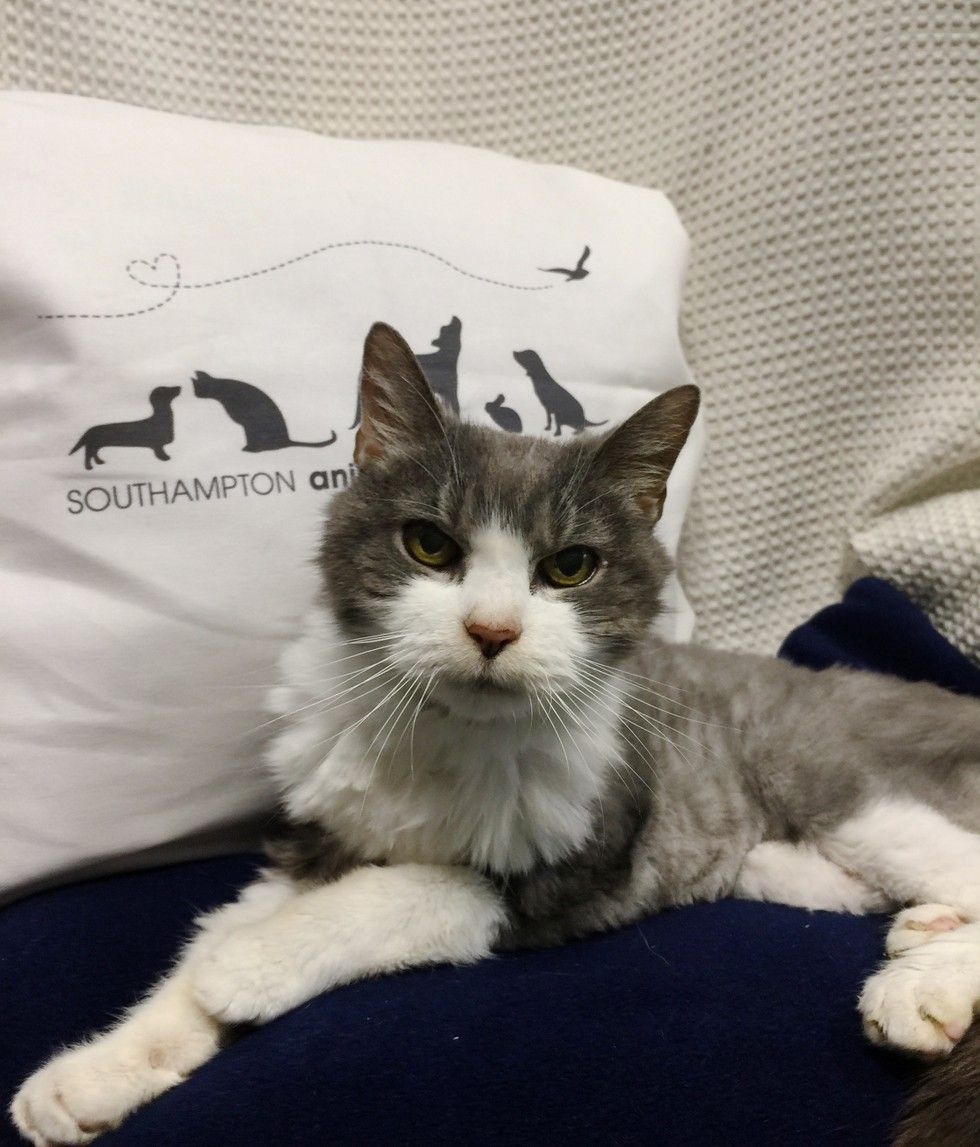 What a second chance can do! Share this story with your friends.

Related story: They Bring Happiness Back to 8 Year Old Shelter Cat who Just Wanted to be Loved