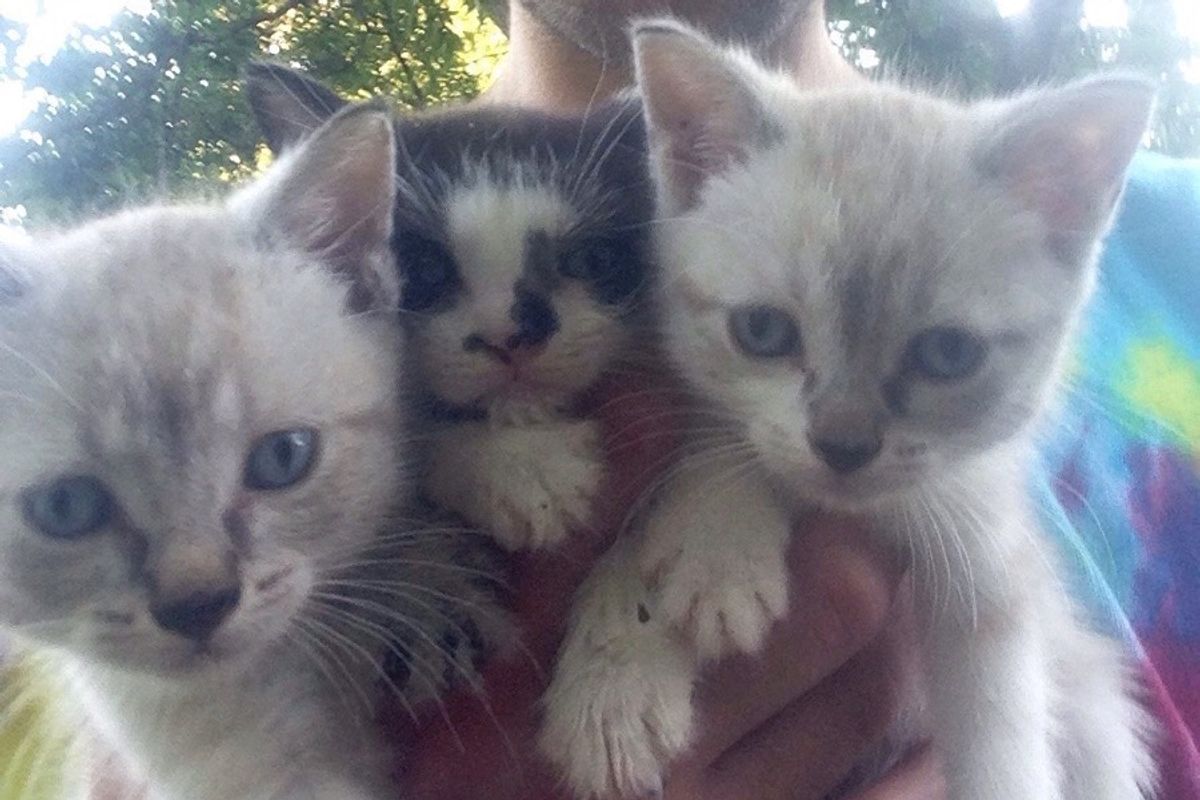 Man Found 3 Kittens Under a Gazebo, and Was Chosen by One

A young man found three sleepy kittens under a gazebo while he was at work.

He picked them up and gave them some love and cuddles. The kittens purred their way into his heart.

He was working at a property when he spotted the little kittens.

"I cut grass and the like. I found these under a gazebo step... They were sleeping when I found them," reddit user GloomNd00m told Love Meow.

He looked for the cat mom, but she was nowhere in sight. "I think the mom lives under my equipment shed... My boss is getting some traps so we can catch her and get her fixed. We don't mind her hanging out and catching critters."

After spending some time playing with the kittens, he was in love and knew he had to help them find homes.

He and his boss placed the kittens in a crate before taking them to their new homes, but one of them wasn't going anywhere without her rescuer.

One of them adopted the young man on the spot. "I kept one of the white ones," he said.

It was that face the kitten made when he petted her that sealed the deal.

The kittens passed out in the crate before they were transported to their new homes.

It's hard work to be a cat!

The young man also helped the other two kittens get adopted.

This little fur baby went to her forever home on Friday.

Finding the kittens was the highlight of his otherwise mundane work day. He was so happy that he saved three lives and was chosen by one of them.

Little Sophie cuddling with her rescuer.