Young Woman Took an Injured Crow to Shelter, Ended Up Getting a Kitten

A young woman rescued an injured crow and took it to the shelter, but ended up getting a kitten. 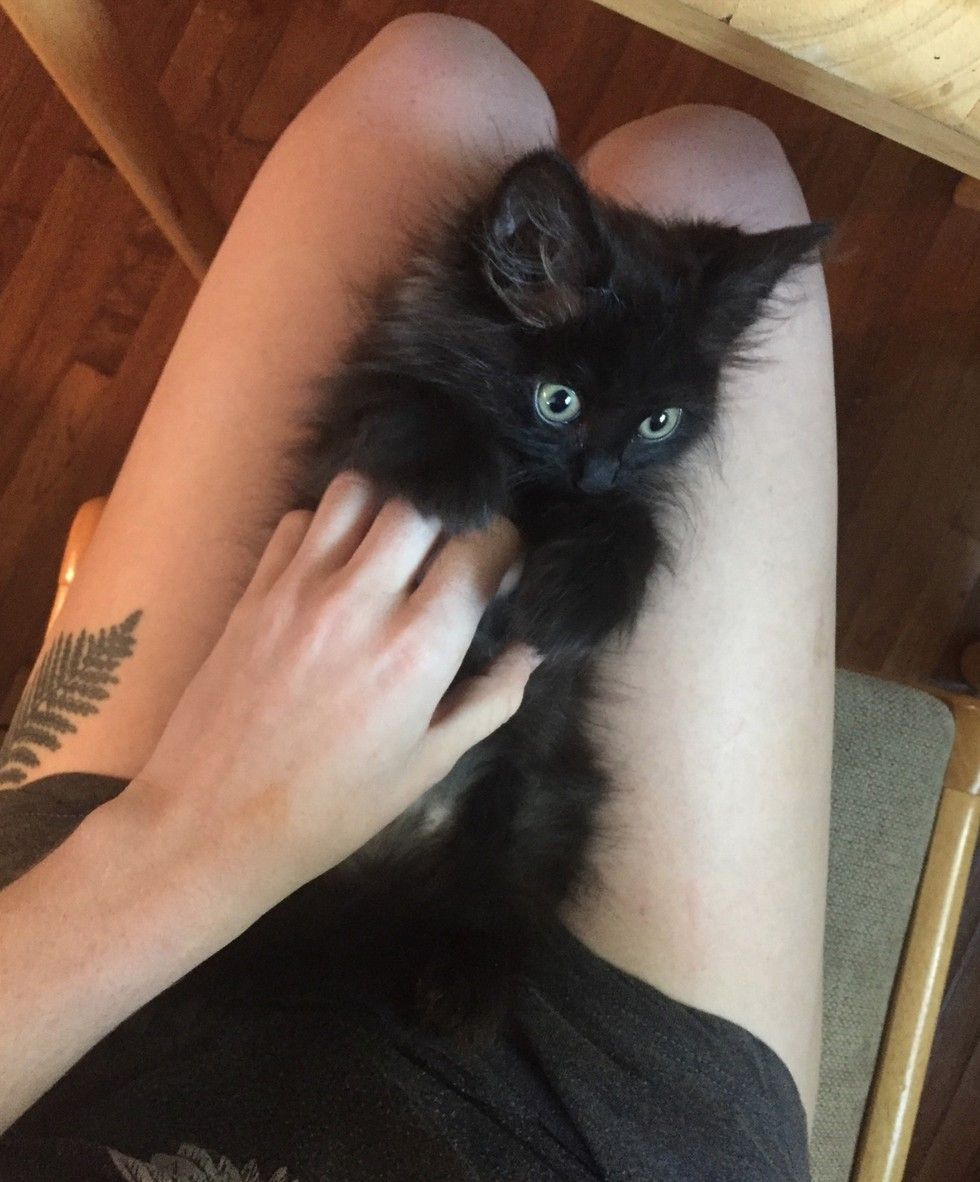 "My boyfriend, Cale Babe, and I were walking around the neighborhood with our dog, Harley. We came across an injured baby crow on the street, with it's parents squawking above on a power line. As we approached, it hobbled away on one leg under a nearby car. I took off my flannel and Cale managed to wrangle it," Jody Steel, an artist based in Los Angeles, told Love Meow.


They contacted a number of rescues, but most of them were closed at that time.

"The next day, we found out that the West Los Angeles shelter would take him in for assessment and so we headed straight there." 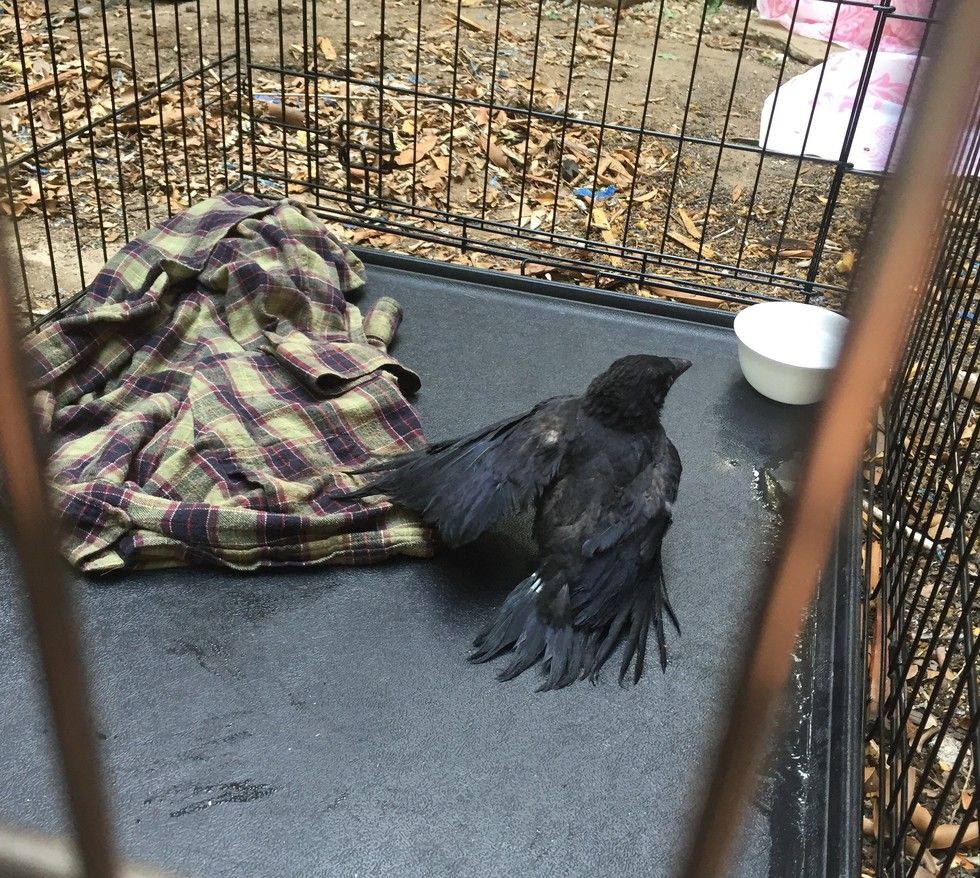 
"After we handed over the crow, we decided to walk around the shelter and see some of the animals. Our dog Harley, who is a pitt lab mix, is the sweetest dog. She grew up with cats and bunnies and other small animals.

"The last stop we made was at the cat holding section. Once inside, the first kitten I noticed was Murphy, who was fast asleep." 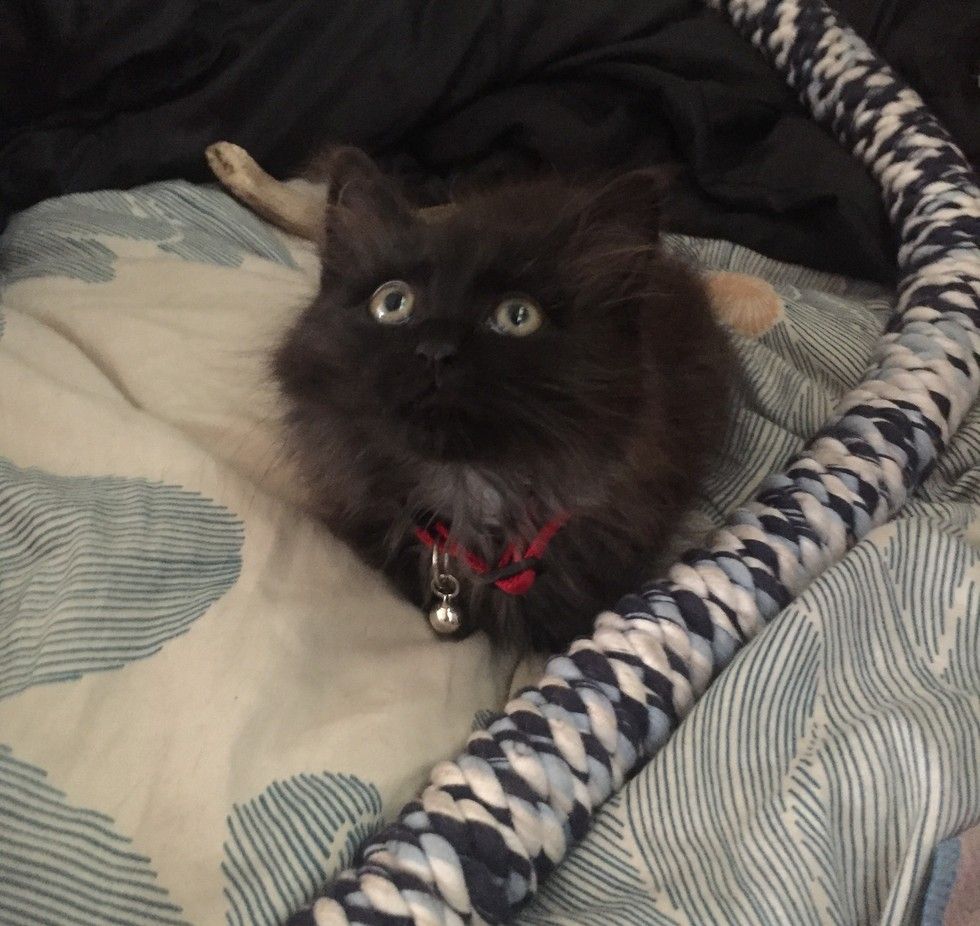 They decided to meet little Murphy.


"Once they roused Murphy and put him in my arms, it was all over. I was in love. His little face, furry ears, big eyes, and loud purring did me in," Jody told Love Meow.

On his way to his forever home! 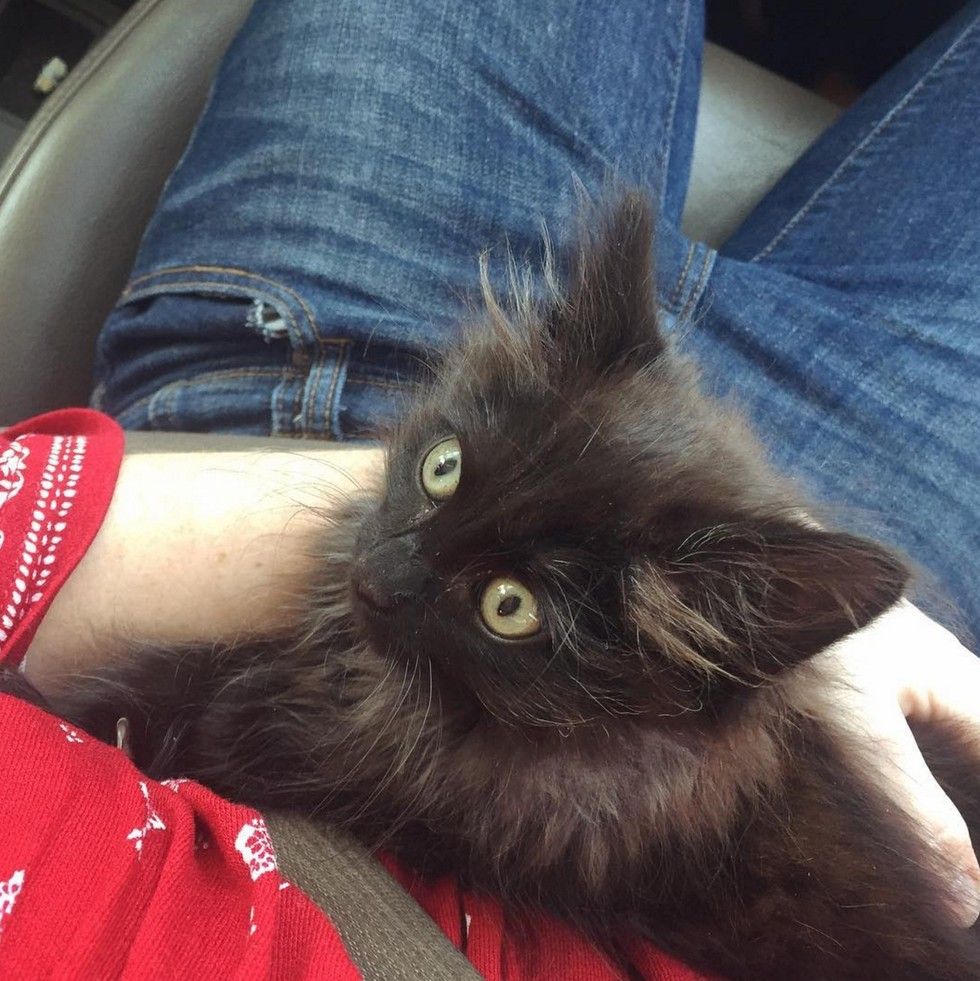 "He was a single rescue from a feral litter in Century City. They didn't manage to get ahold of the others, but Murphy made it. It's only fitting that we took an injured crow off the street, to then get a kitten that came from a similar story," Jody said.

Murphy at his forever loving home! 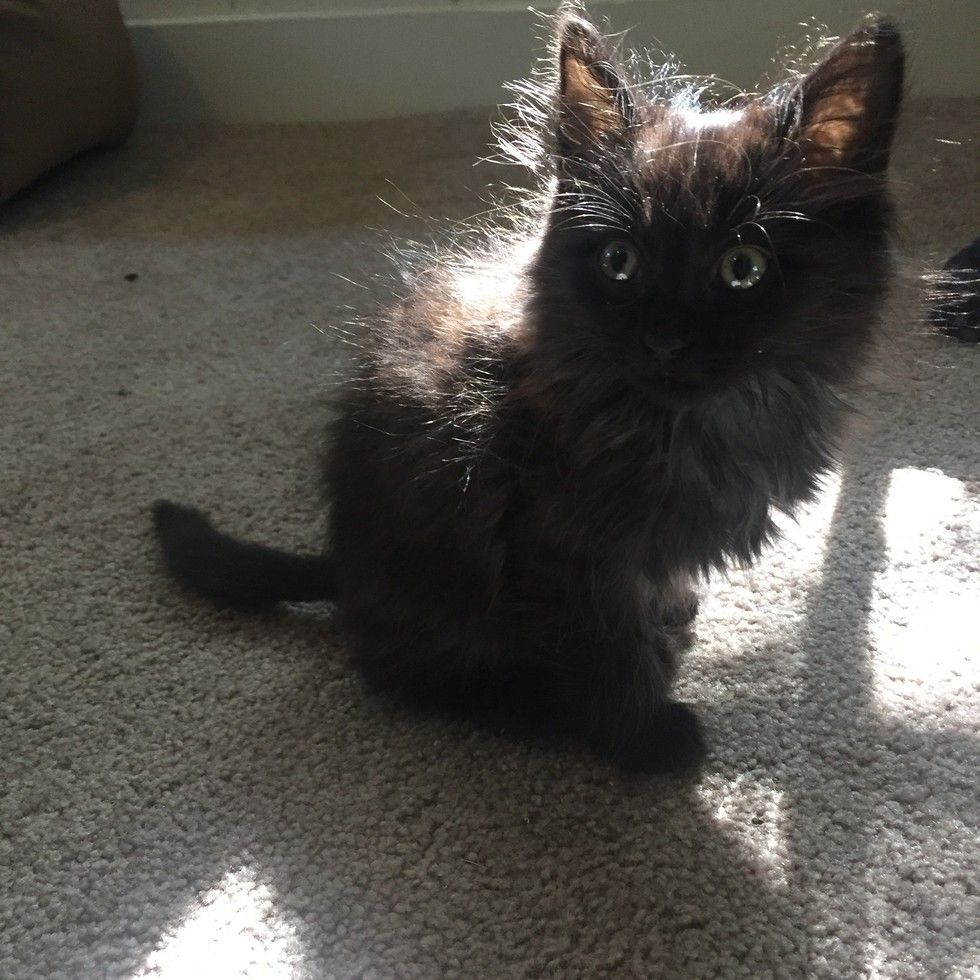 Despite being found as a feral kitten, Murphy is nothing but love.

It didn't take long for the little fur buddy to cuddle up to his humans in their arms, purr up a storm in their lap or even climb onto their shoulder for a cat nap. 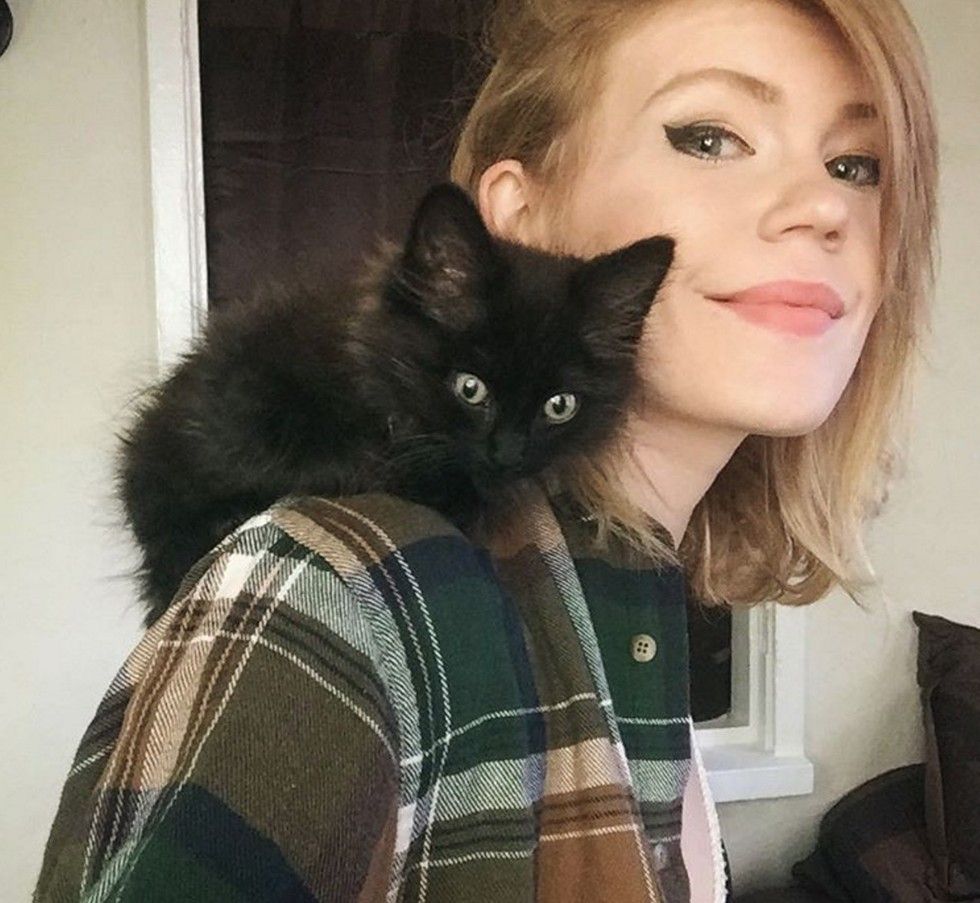 "Murphy is adjusting very well! He's always meowing to be picked up and held. He also loves the shower, which is strange. We love his quirks!" Jody told Love Meow. 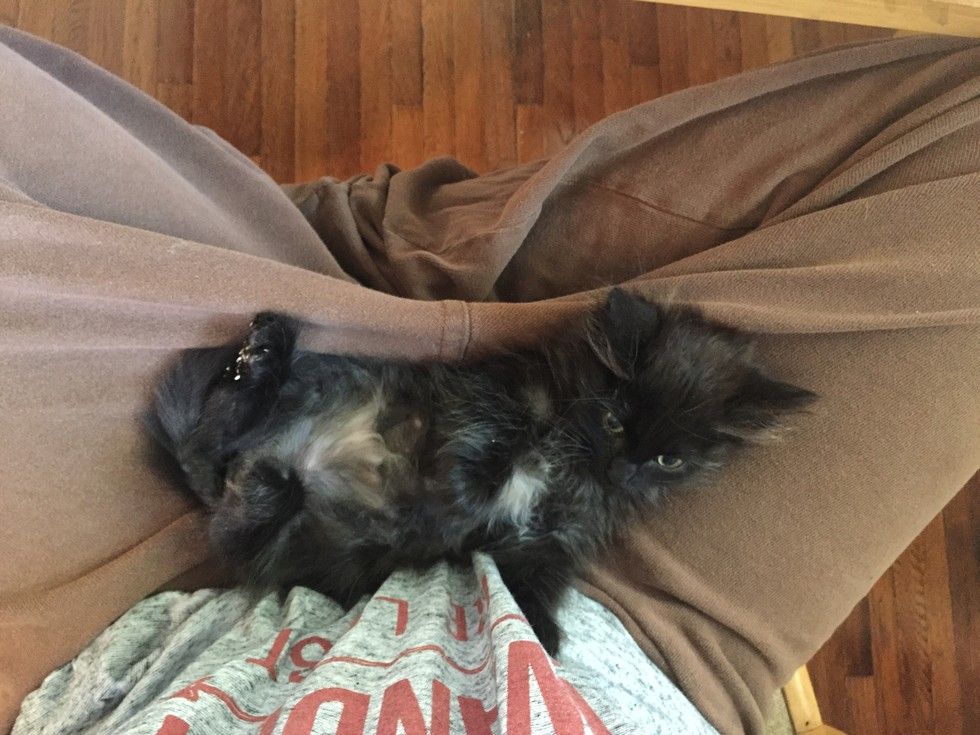 As an artist, Jody found the way she knew best to show Murphy her adoration... with her art. "He looks a lot like the soot from Spirited Away/Totoro." 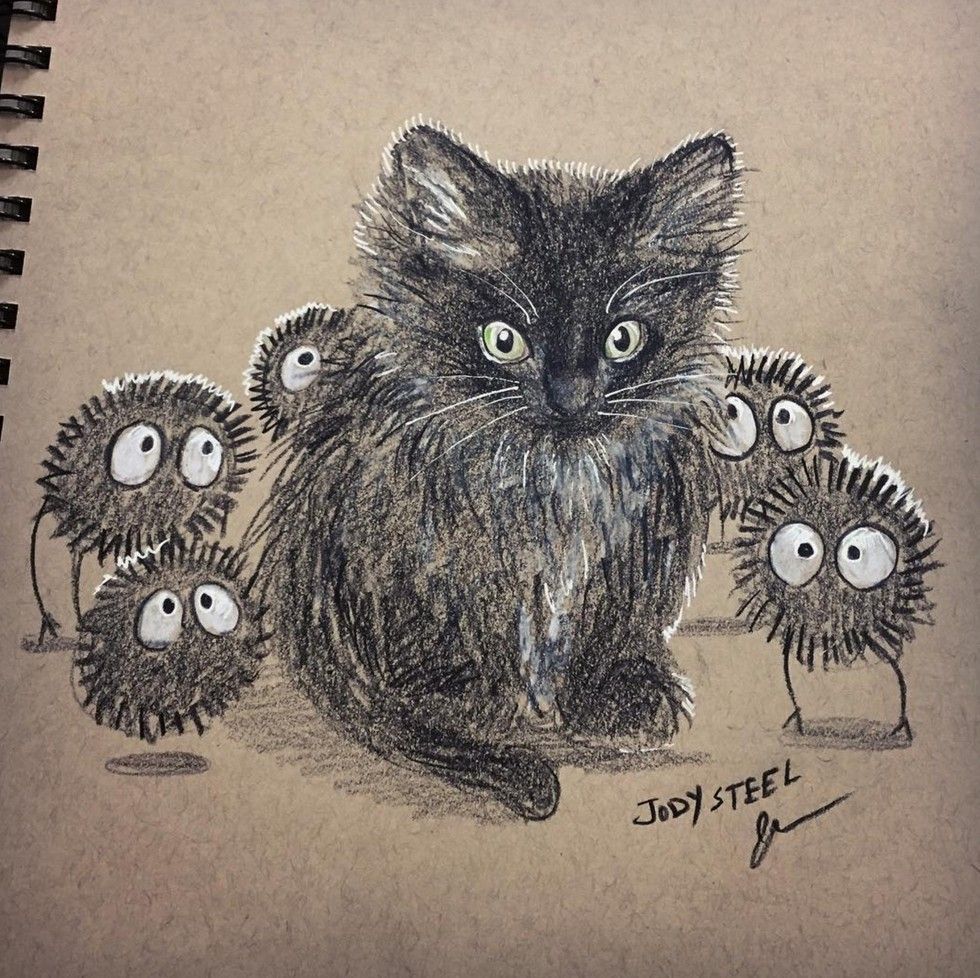 "It's only fitting that we took an injured crow off the street, to then get a kitten that came from a similar story."