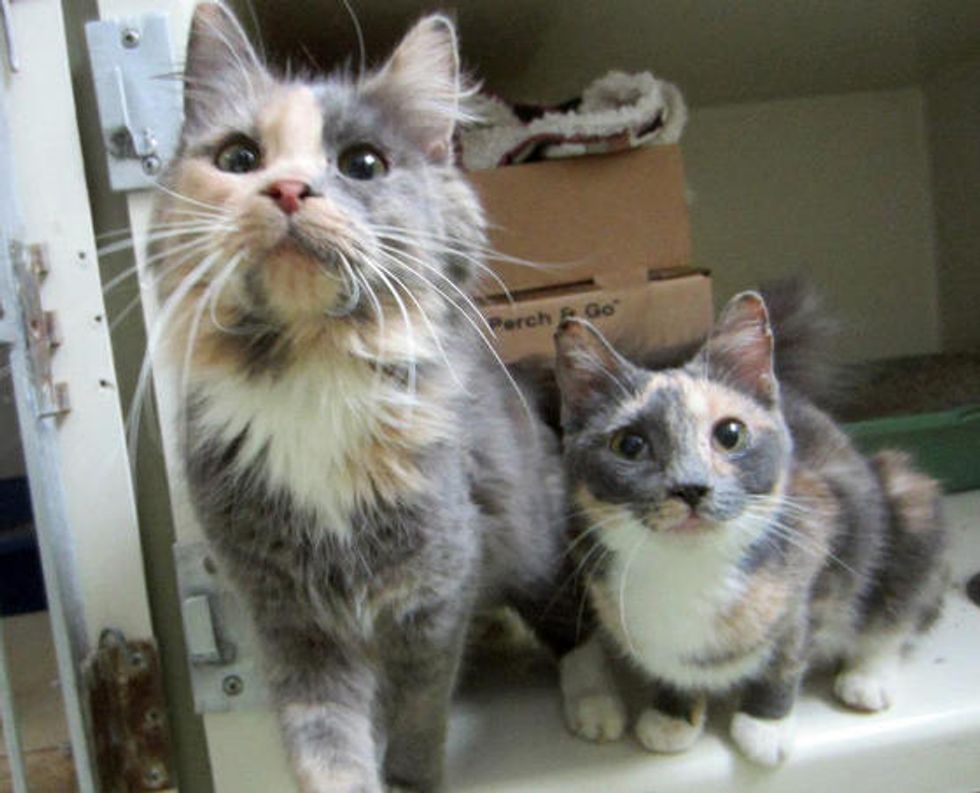 On Thursday Feb 28, staff at the Kamloops SPCA received a phone call about an arm chair dumped on the side of a logging road. "When a staff member showed up, she realised that not only were there the two cats on the chair, (one of which ran away when she got there) but four cats had crawled up into the bottom of the chair," the shelter wrote on Facebook.

They hauled the chair in to the shelter, so they could get the cats out in the safety of the building. Four cats were removed from the armchair where one of them requires eye surgery. "Because we knew at least one cat ran away, we set up a humane trap, hoping to catch the escaped cat."

So far they have caught 20 cats. They are are between six months and two years of age. Though they are all very thin and skittish, many of them have come around quite well socially.

"They are actually very handleable, other than being quite sick. We are trying to get them back up to health. But they're coming around with human contact. We're optimistic we'll adopt them all," the shelter said via Kamloops News.

"We‘re not sure who dumped them, how or why. They do all seem to know each other and not one of them is wild or feral so they have al recently had a home. Also the majority of them have lost their voice, either from calling for an owner for the last ten days, or from a genetic condition which would lead us to believe they are related.

Three of the armchair cats are available at the Salmon Arm shelter. Natuzzi (now hoover), Simmons (now Hickory) and Sealy (now Hector). If you are interested in adopting any of them, please contact the Shuswap (Salmon Arm) shelter at 250-832-7376."

A trucker noticed a brown armchair that was dumped on the side of a logging road with two cats sitting on it...

Simmons hiding in the chair.

Because she was by herself, she decided to bring the entire chair to the shelter so the shelter could cut the cats out of the chair in the safety of the building.

One of the cats, now named Lazyboy, was terribly sick and will have to have an eye removed when he's feeling better. He gets cold so they made him a bed by the heater.

Lexington, Natuzzi and Sealy are all very interested in something Lazyboy has in his kennel.

Lea, is so thin and dehydrated and shows evidence of having had a miscarriage in the last couple days. She was picked up by a staff member Sunday morning.

A couple days after the rescue. Lea is giving a good stretch in the morning.

Durham gets love and cuddles from a shelter staff member.

Meet Rossini, 'Armchair cat' number fourteen. She was caught in an evening, in good health besides being very, very thin and missing just the tip of her ear.

Rossini has really come around after the rescue

Liberty caught Sunday morning. Very, very dehydrated but very friendly, started purring as soon as she was brought out of the trap.

She is a lovebug and needs a loving home

Lane begging for attention from the shelter staff