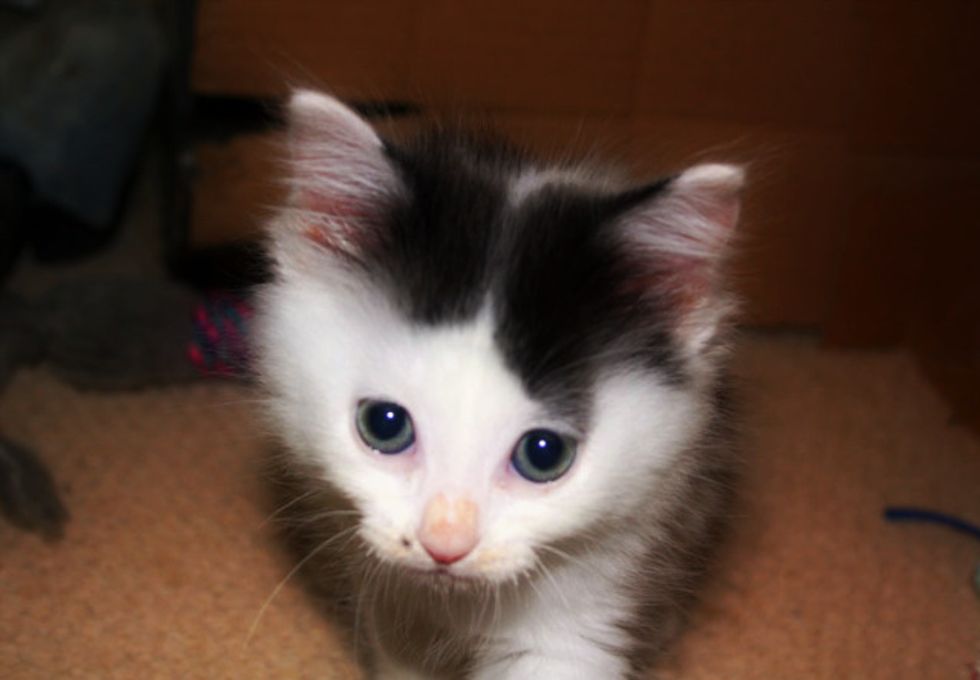 Daisy, Sissy, Hits and Dave came into the shelter with their mum Fluffy. Unfortunately Fluffy stopped producing drinkable milk when the kittens were about five weeks old and it was thought best to seperate the kittens from their mum. The kittens struggled to gain weight and the shelter contacted me to foster them to help them improve. Their mum stayed at the shelter and got reserved to go to a new home.

With the kittens at mine they struggled badly for the first few weeks. Sissy took up residence next to the water bowl, Dave refused to eat anything except for chicken ham, Daisy wouldn't eat the same type of food for two days in a row but fortunately Hits thrived all along. I was up to feeding them nearly every hour just to get them to eat and they didn't have the chance to wean properly. I had to take them back to the shelter each day and pick them up after work in the evenings.

After about three weeks the kittens began to improve, I was able to stop syringing them water and they began to eat properly and gain weight. Daisy showed herself as the shy kitten of the litter, enjoyed being combed and fussed. Hits showed potential as a hairdresser but regualarly getting on my shoulders and doing my hair. Dave was a real crazy one and got himself the nickname of Herbie and it looked like someone else was driving him around. And Sissy became known for charging round their room and on one occasion racing out of it so fast downstairs she ended up at an open door, thankfully caught her in time!!!

The kittens have now returned to the shelter and were all reserved within a day to go to new homes. I've taken some time to think about their mum Fluffy as it was both me as the fosterer and her as their mum who helped them reach this stage.