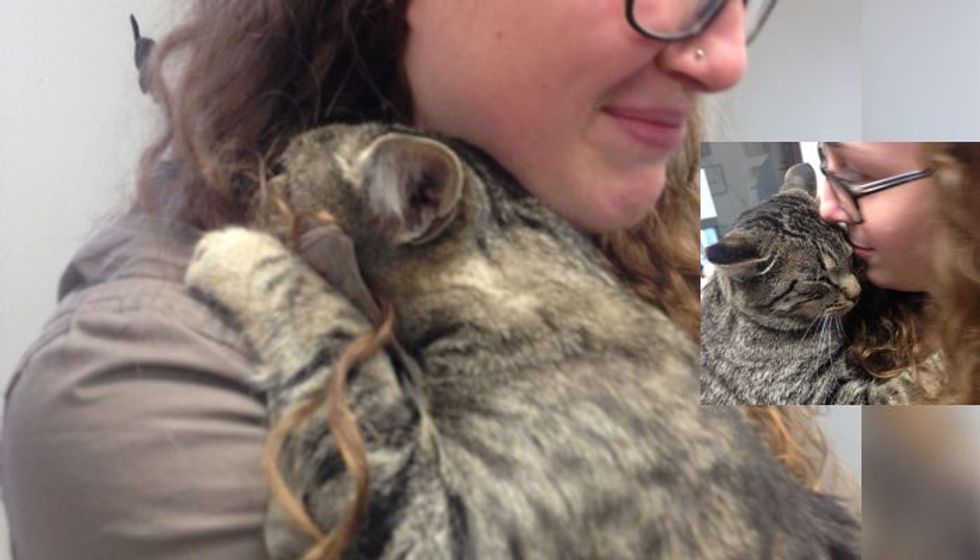 A shelter cat named Tim gave a volunteer the biggest hug he had ever given and wouldn't let her go when they met at the Potsdam Humane Society in Potsdam, New York

"I started crying at the animal shelter because one cat hugged me and nuzzled into my neck," said Rachel via reddit.

A little tabby cat gave her the most affectionate hug.

"I've been volunteering at the Potsdam Humane Society, and last time I was there I held this one cat that instantly attached to me. He nuzzled into my neck and hugged me and kneaded his paws in my hair."

As a college student living on campus, she was not allowed to have pets in her dorm room, but the love and affection from the shelter cat really touched her, and she began the process of bringing the kitty to her mother's home.

When cats choose their humans, it means forever! :)