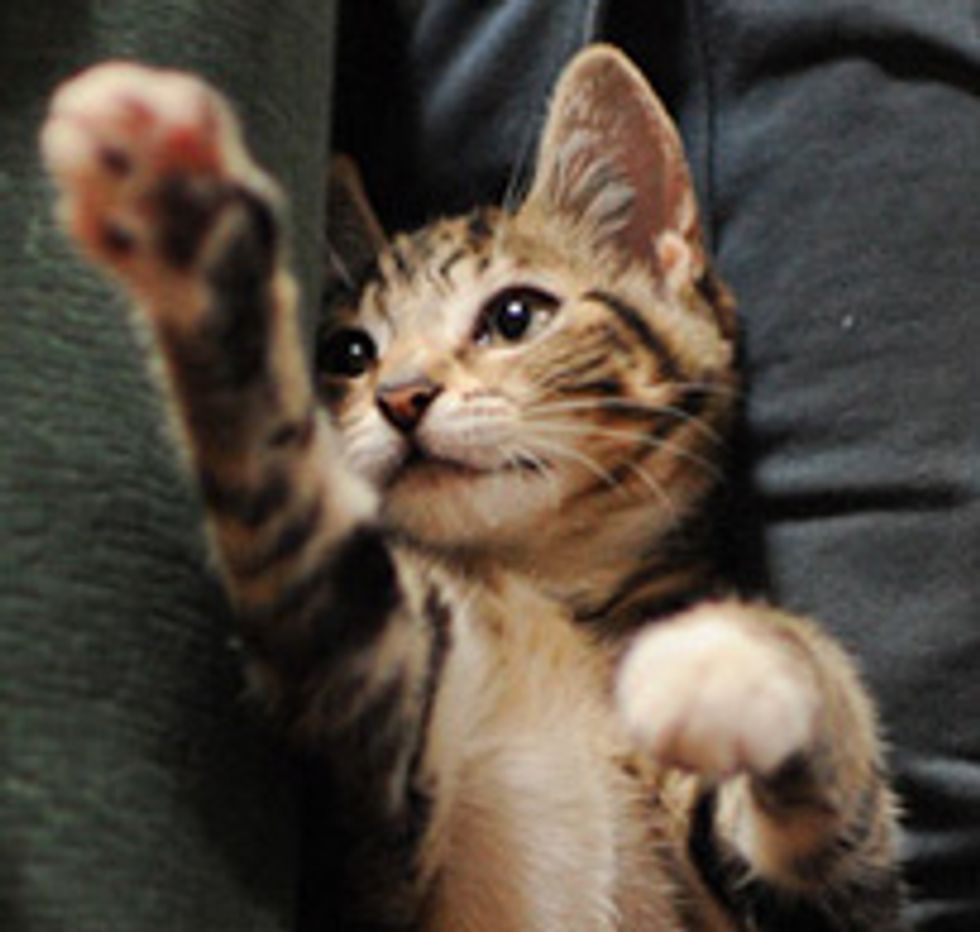 It is 3 years since my "old" cat Bella passed away aged 18 (she looked very similar to Ada and was also aged 3 months when I found her dumped) and I did not feel ready to replace her but finally a friend convinced me and took me to Lort Smith Animal Hospital the very same day so I wouldn't change my mind.

I was looking at the older cats, and he was looking at the kittens and said "here, this is the one!" Ada was confident and friendly as well as cute, so I agreed. The Lort Smith staff told us she had already been adopted by someone else and (unbelievably!) returned after one night.

When we got home she did not hide, just walked comfortably around investigating her new surroundings. Just 2 days later she had something wrong with her eye - it was only half open and she kept on blinking it, so we have been on lots of visits to the vet (who says it is a virus) and she needs drops in her eye 3 times a day. She doesn't fight and claw, lets us put the drops in - she is so sweet-natured.

She likes company and is very curious and energetic too. Her favourite is playing hide-and-seek. She's grown a lot in the last 4 weeks but she has a squeak instead of a real "meow". She has a lovely loud purr too. And I'm very happy that Ada has chosen to sleep on my bed every night!