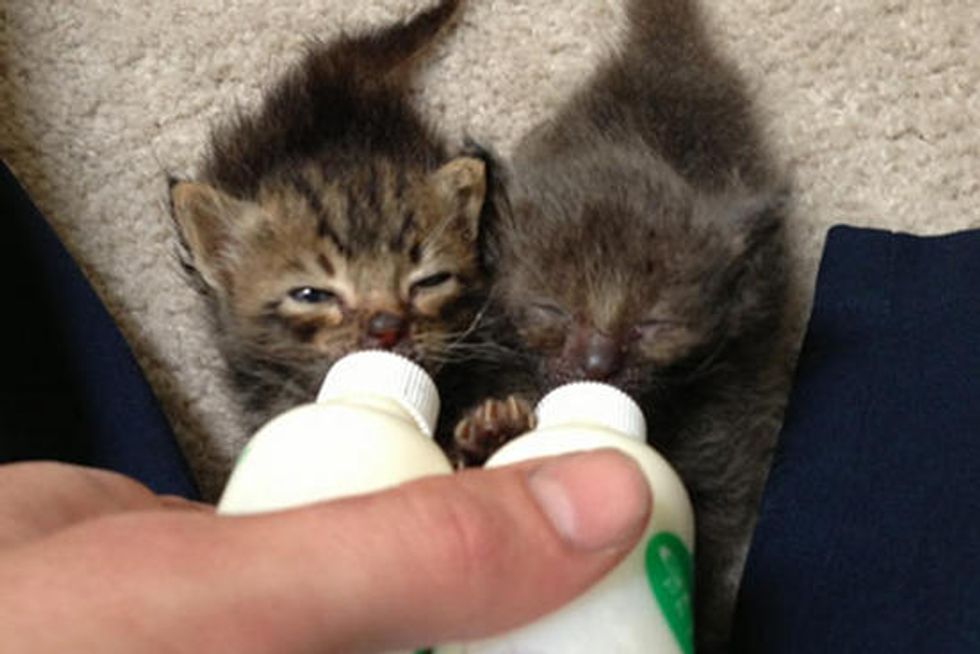 Baby Kittens Rescued Behind Dumpsters By Man Who Adopts Them: Then & Now

Frank and Beans, two tiny kittens, were found behind dumpsters by an airport ground service worker.

Reddit user Johnny was throwing out trash when he heard kitty cries near the dumpsters. He spotted the kittens and knew right away he had to do something to help the little ones. Hoping to find the cat mother, "I waited 6 hours from when I first heard them crying," he said via reddit. With no mother cat in sight, he decided to take the kittens with him.

In the next week or so, he kept an eye out for the cat mother, but no cat came for the babies. In the meantime, he had started bottle feeding the little babies around the clock.

When asked if he was keeping the kittens, he said "Yes, I am attached."

Frank and Beans at 5 weeks