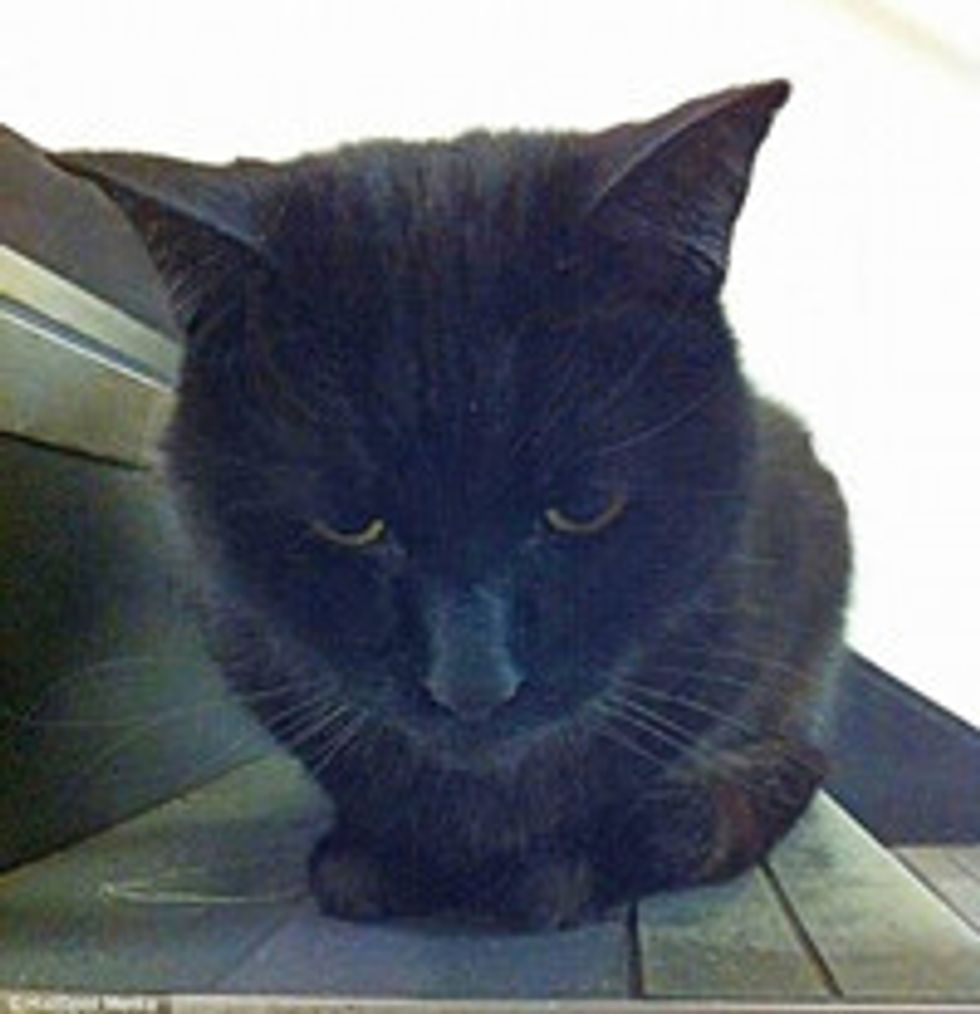 A stray cat who they call 'Cat' has been adopted by 100 staff at Royal Mail for the past five years, putting a smile on each single staff there, is now facing eviction by the bosses who believe "it breaches health and safety guidelines to have an animal on the premises." Staff have started a campaign to fight for Cat's stay.

The black kitty has been visiting Stratford-upon-Avon's sorting office every day for food, care and cuddles. He has become part of the team and the employees' beloved pet.

A Facebook group called "Save Our Cat" was launched less than a week ago. Already almost 1,000 people have joined. #savethestratfordcat was also trending on twitter.

A postman who has worked for the company for 13 years said: "We can't see the reason why he has to go because he doesn't harm anyone. It's pathetic. It is a pointless exercise, why are they trying to do it?"

Another worker added: "The area manager came in and said 'the cat has to go for health and safety reasons.' We are all angry and upset. It is health and safety gone mad. The cat does not do anything wrong. Everyone has a bond with the cat. He is part of the team and the furniture, he has done five years service. He is ours. He gets lots of fuss and cuddles and has even got its own ball and stash of food."

A third worker said: "He has been there longer than most of the managers so how can they possibly demand its eviction? He does not get in anyone's way or cause problems, it just sits around. He's here when we open up at 3:30AM and he's usually the last to leave at night."

"Save the cat, he was with me through my interview in the chair beside me, please save the cat," wrote Postwoman San Smith on the Facebook page.

"It's never Postman Pat without Jess," Cherylyn Pitcher said. "Come on fellas, we can do this, beat the royal mail and save the cat," Sharon Brown tweeted.

Royal Mail responded that they were looking for a home for the stray through a local animal shelter. The staff think it would be wrong to re-home Cat. "We gave him a collar but it was taken off. We tried to find a home for him but he has never wanted to go home."

"What a shame that H/S are getting rid of this cat. Don't they know he could keep vermin down. Also its beneficial too workers so they work better and more relaxed. What are they going to do with him if he can't be found a home?" said Kado Crocker.

Cat the stray has visited the Stratford-upon-Avon's sorting office every day for the past five years, putting a smile on the faces of staff - just like Postman Pat and his beloved companion Jess.

Cat is facing eviction because Royal Mail bosses believe it breaches health and safety guidelines to have an animal on the premises.

Royal Mail staff created a campaign 'Save Our Cat' to fight for Cat's stay. "Everyone has a bond with the cat. He is part of the team and the furniture, he has done five years service. He is ours. He gets lots of fuss and cuddles and has even got its own ball and stash of food."