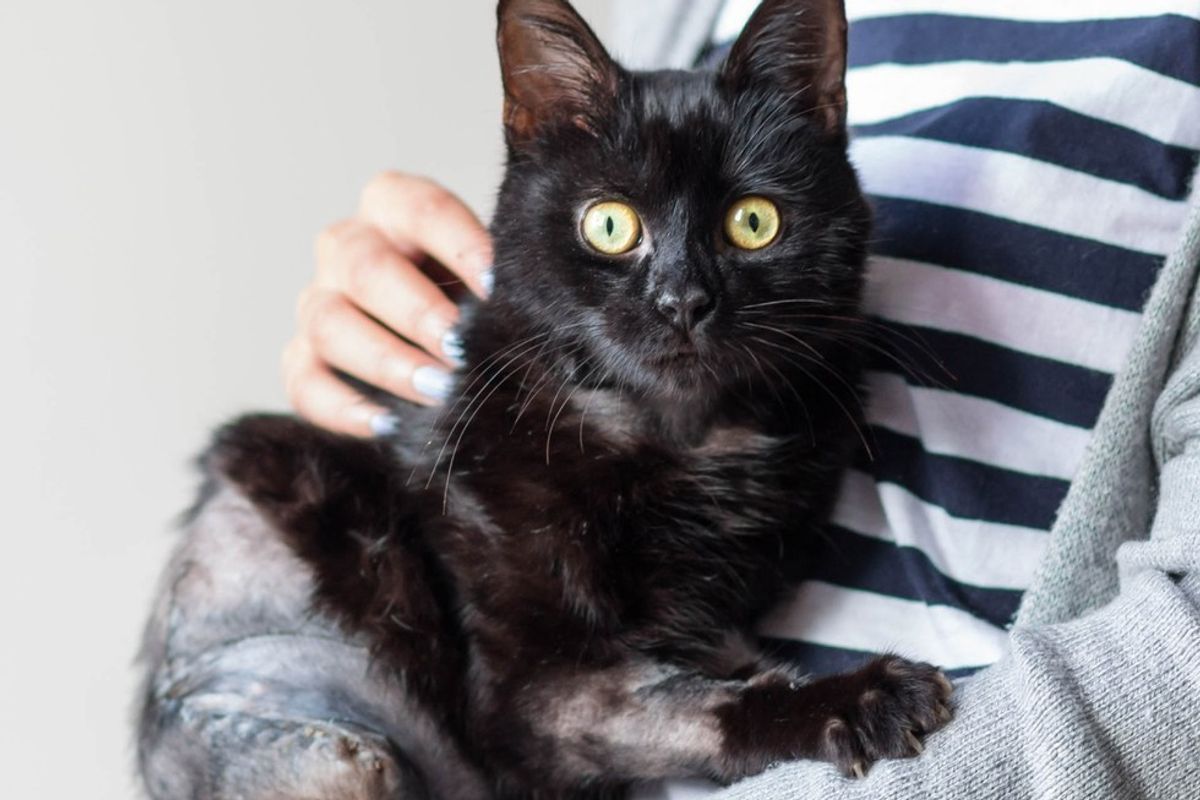 A brave cat never gave up fighting. He crawled to a house to get help after he was hit by a train.

Tuck was most likely abandoned as a kitten and lived his early life as a stray, fending for himself.

Then one day he drifted to a train track unaware of the impending danger. Everything happened so fast that the next he knew, he was hit by a blunt force. His leg was severed and stomach split open. He was losing blood fast.

But something amazing rushed up in him that he started crawling from the side of the tracks to the house across the road with all his will power.

A good Samaritan spotted the kitty and couldn't believe what she saw. She immediately called RSPCA NSW for help and put a basket over the kitty's body and whispered for him to "hold on, the RSPCA was on its way."

The kitty mustered his last bit of energy to stay calm as his heart was racing. Suddenly, the basket was lifted and Gracie from RSPCA NSW wrapped him in a blanket and ran to her ambulance. She whispered to him to hold on while gently placed him inside the car.

"This little fighter has been through hell and back, and he's survived," Patrick Jones of RSPCA NSW said. "Tuck was rescued after being hit by a train... As you can imagine, he was in a terrible way by the time he arrived at our vet hospital."

The team of vets and everyone at RSPCA NSW would not let the little buddy slip away without fighting for his life. "Had it not been for the tireless efforts of our vets, nurses and shelter staff, Tuck wouldn't be with us today."

They couldn't save his back leg and tail, but they saved his life!

It's been a long road to recovery, but Tuck has beat against all odds. He is a little trooper and always meows in joy when he receives help from the vets, shelter staff and volunteers.

Despite the horrific beginning, he is the sweetest little kitty, who loves to have a conversation with his human friends and has so much to give.

Tuck has found his forever loving home and a sister from another mother.

Watch this incredible story of a miracle cat named Tuck in this video:

Tuck the little fighter is loving his new life.

Related story: Miracle Cat Who Was Hit by Car and Buried, Emerged from His Grave, Now Gets Forever Home