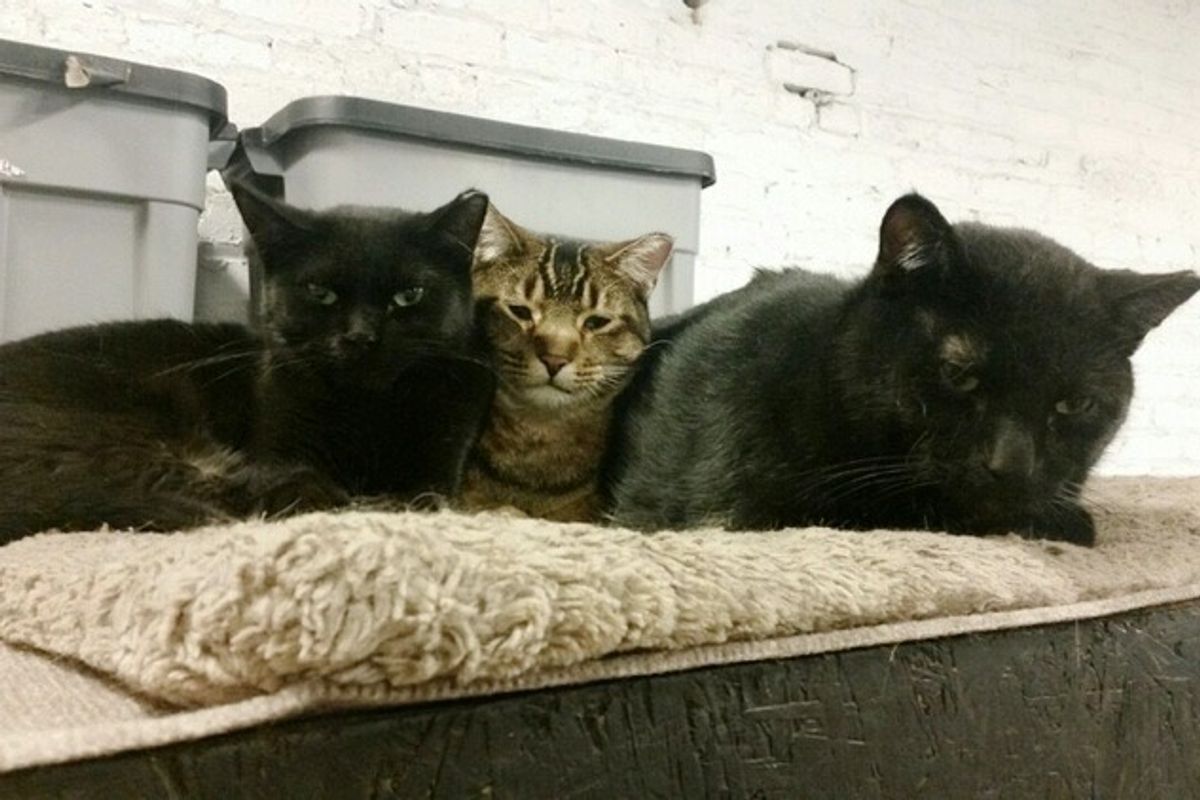 Brewery Adopts 4 Feral Cats, They Return the Favor by Keeping Rodents at Bay

A Chicago based brewery gave four feral cats a forever home. The kitties return the favor by keeping the rodents at bay. It is the perfect solution to the problem they have been struggling with until they met the kitties.

Meet the feline heroes that help the company fix their rodent issues. 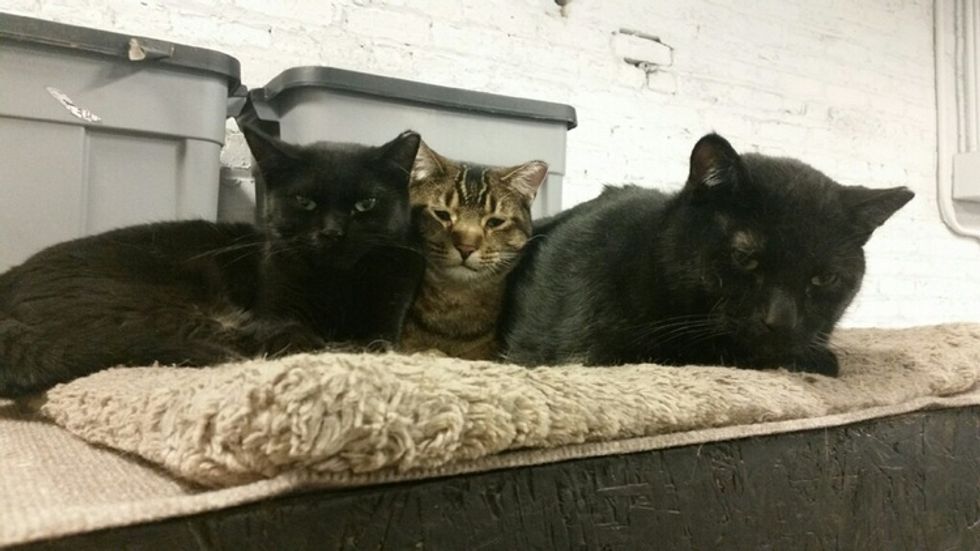 "We were paying a pest control company and it wasn't working," Jim Ruffatto, operations manager of Empirical Brewery told Love Meow. "Rodents were still getting into our grain bags, and we were still seeing them in the building."

When they found out an alternative solution from the Tree House Humane Society (in Chicago), they knew they had to give it a go.

The rescue group offers a program called Cats at Work that "removes sterilized and vaccinated feral cats from life-threatening situations and relocates them to new territories where their presence will help control the rodent population." 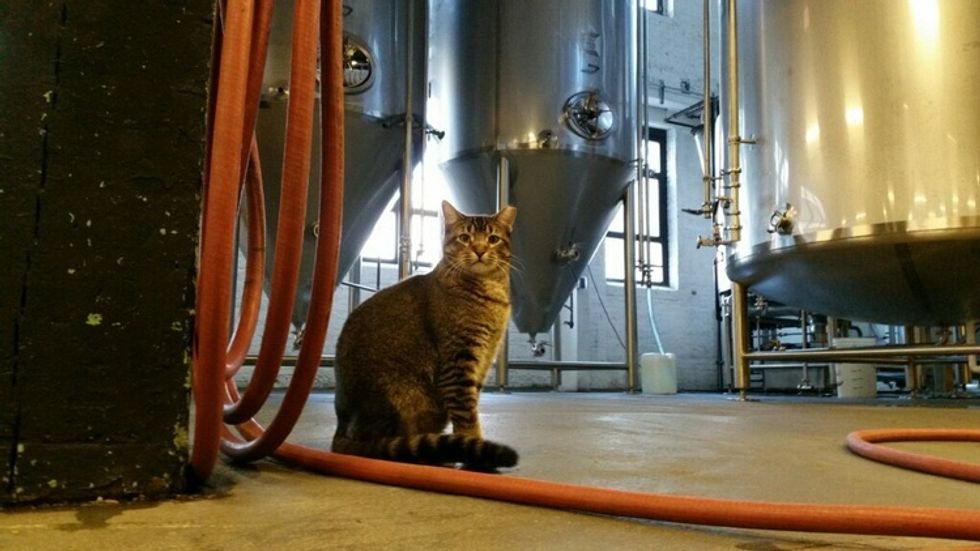 "We got the cats in December of 2014, they lived in a very large group of cages that were connected together for about three weeks to acclimate to the brewery. Then we let them out and they currently live in a multi-level cat house that we built for them," Ruffatto told Love Meow.

The cats are free to roam around the brewery all day. 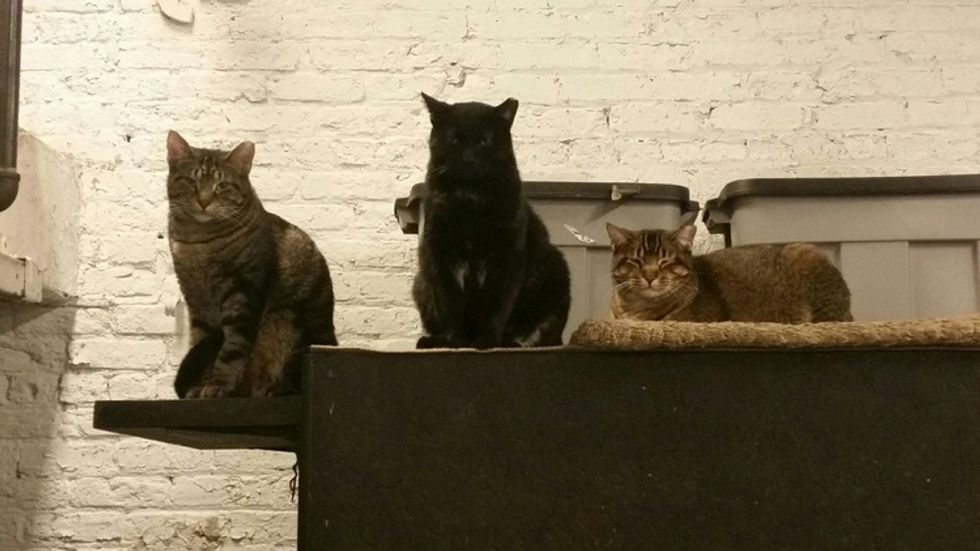 As soon as the kitties claimed the place as their new home, all the rodents quickly disappeared.

"They just lay around like your typical house cat would. Rodents are scared off by their scent, so it's not like they're out chasing mice and rats all day." 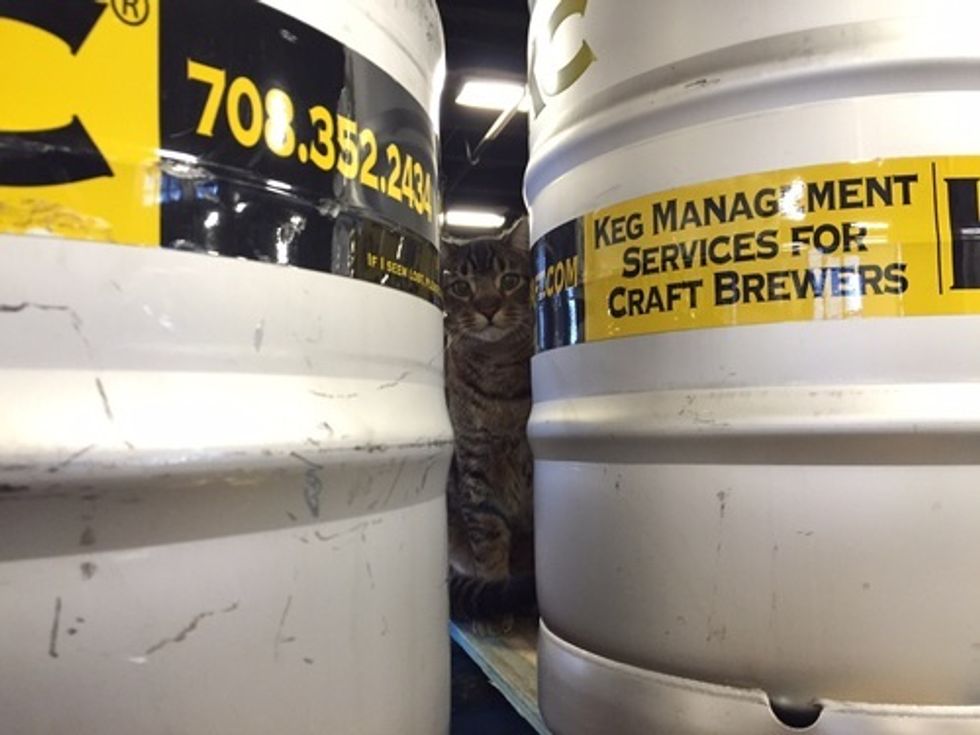 The guys at the brewery feed them, give them fresh litter every day, and in exchange the cats offer the best rodent control solution around.

"We held a poll on social media to name the cats and the winners were the Ghostbusters - three original Ghostbusters (Venkman, Ray, Egon) and Gozer, because our Gozer is kind of a destructor." 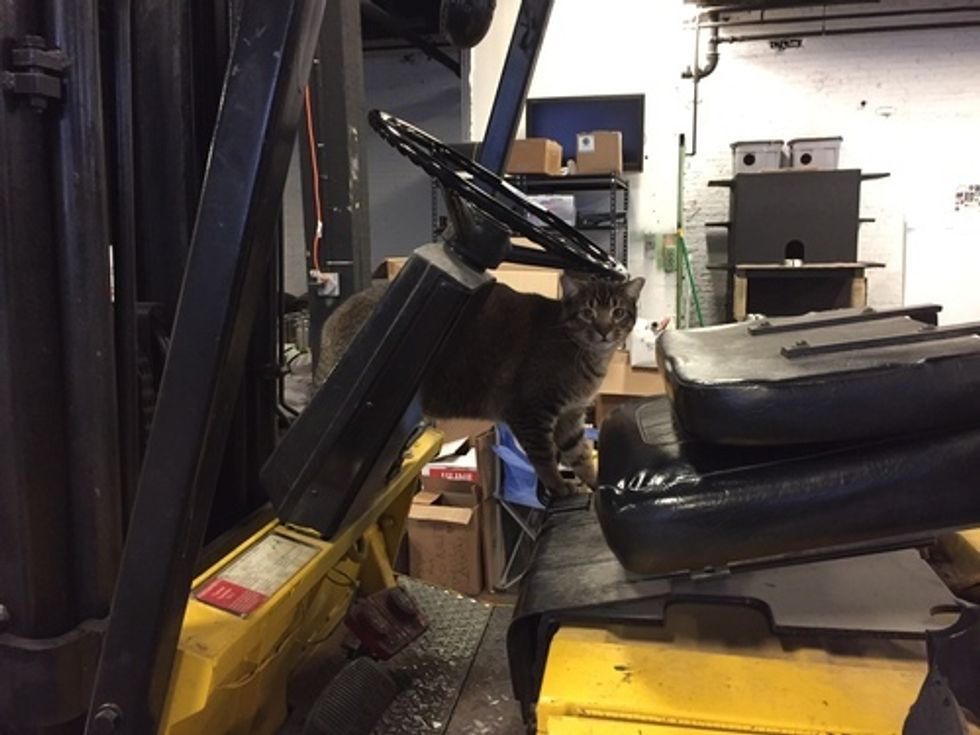 After a few months of residing along their human friends, the feral cats have started to open up to them. 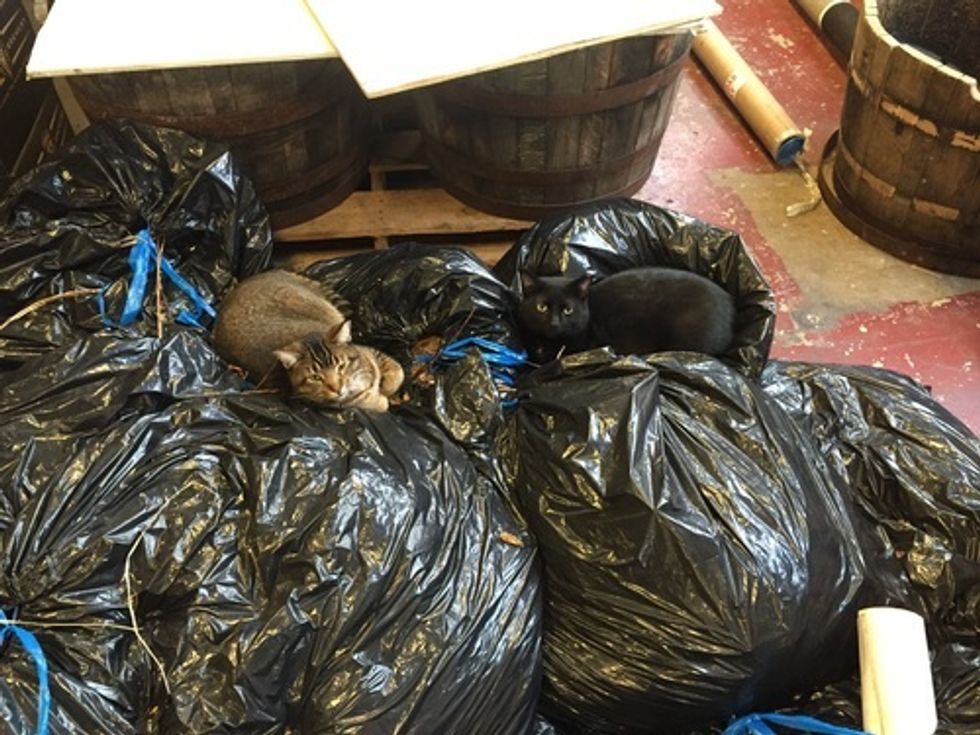 "They have actually started to come around in the last month or so.

"Venkman and Ray are now very comfortable and they let us pet them sometimes, usually when hungry. Our Brewer, Nevin, has actually picked Ray up a few times," Ruffatto told Love 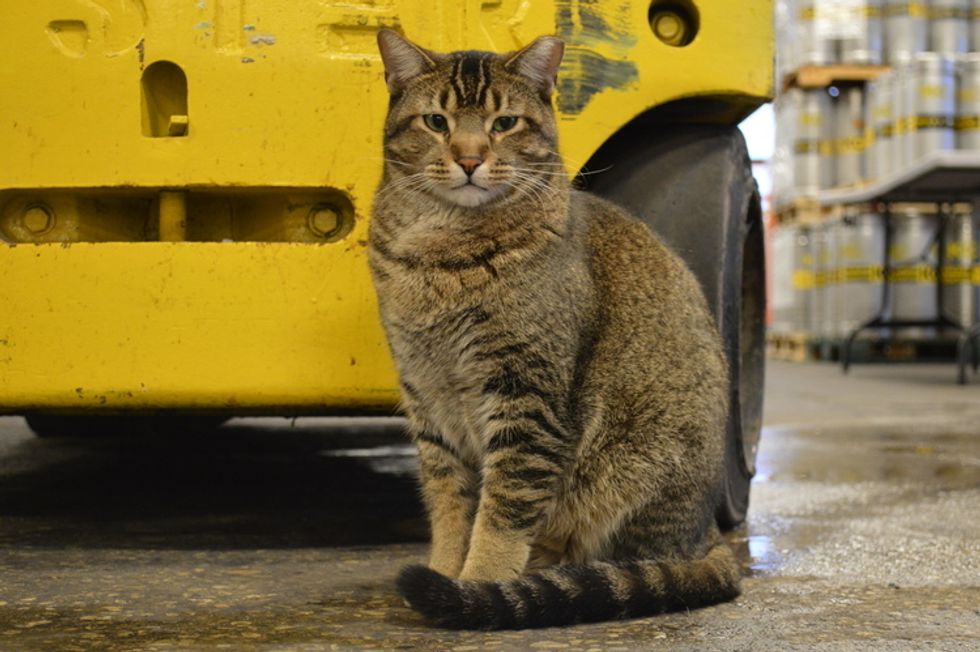 Though they are not sure about the kitties' exact age, Gozer the cat came to them as a kitten.

"She was definitely the runt of the litter, she's still small." 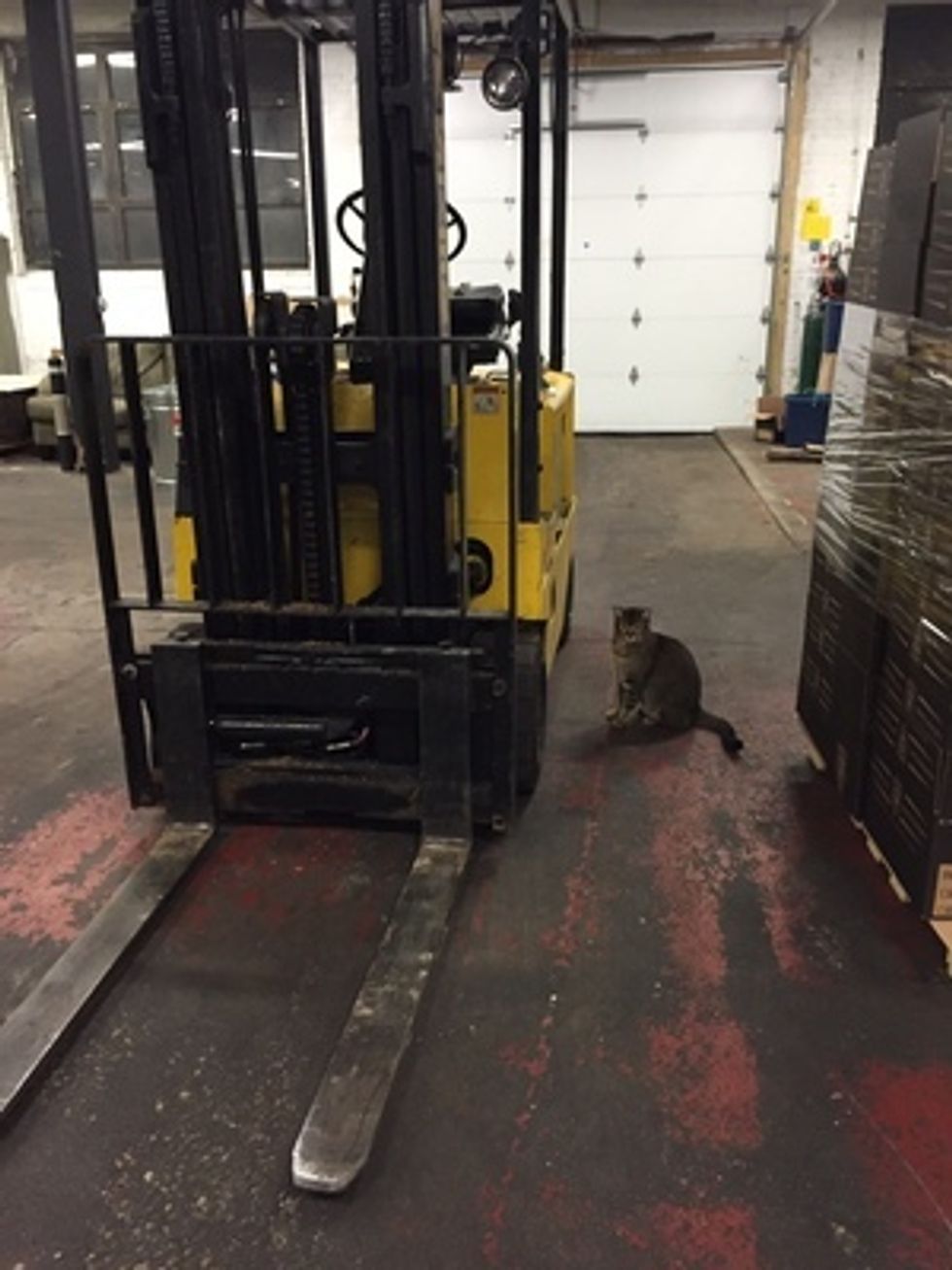 The cats enjoy their daily duties.

"Venkman, Ray, Egon and Gozer patrol our brewery's production facility, chase laser pointers and scratch at any cardboard they can find." 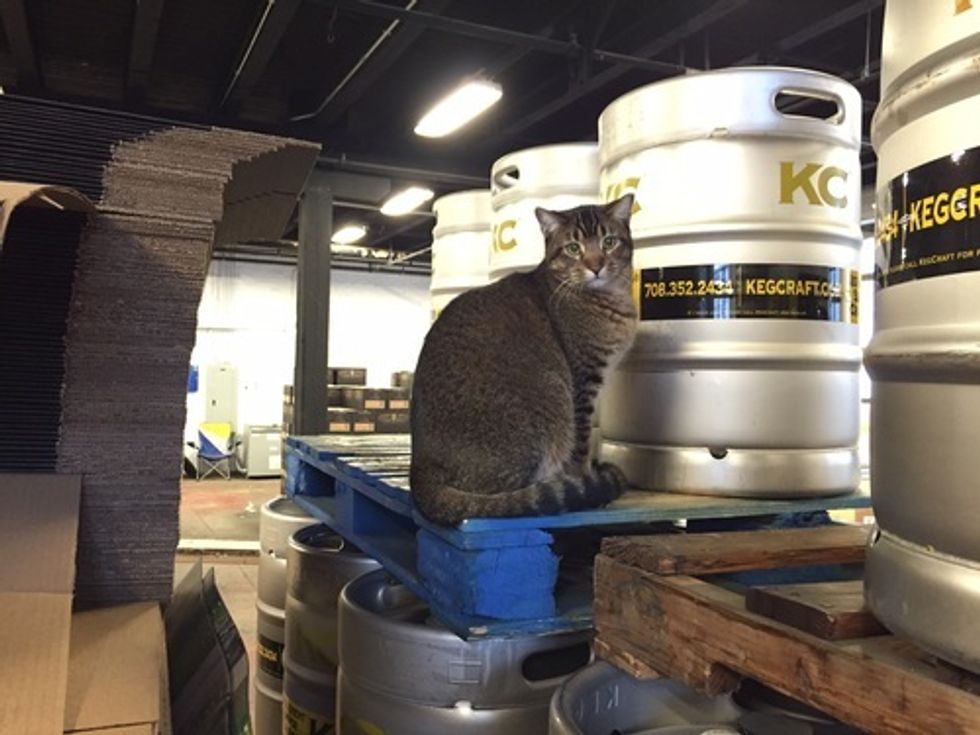 What they love about their job the most is the comfort and constant provision of food and fresh water. Now they are starting to enjoy their human companionship, too.

Sleeping during work is perfectly OK with these employees. It's really just part of their job description. 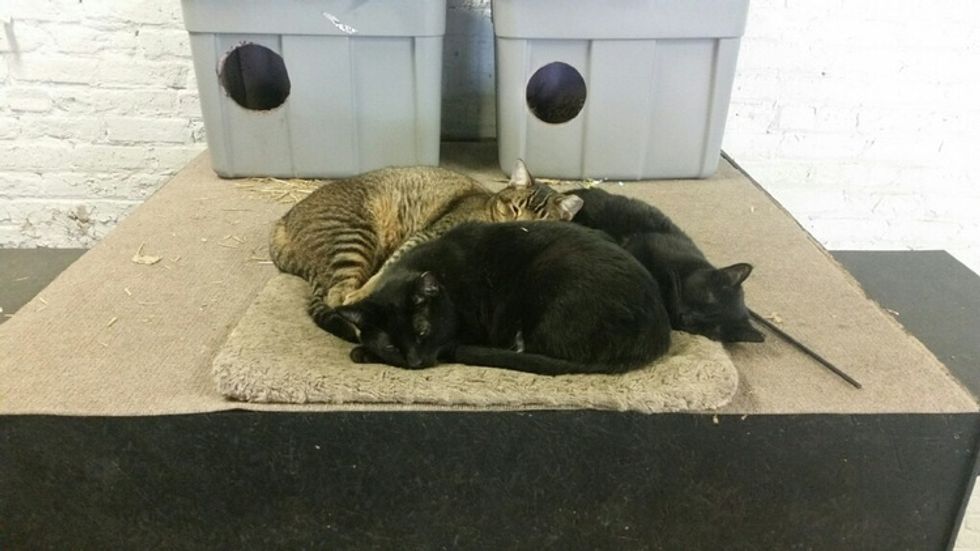 The guys from Empirical Brewery love having their feline friends around. They cost less than a traditional pest company, do the job better, and most of all, they are the sweetest addition to a work place. You can't help but smile with them around.