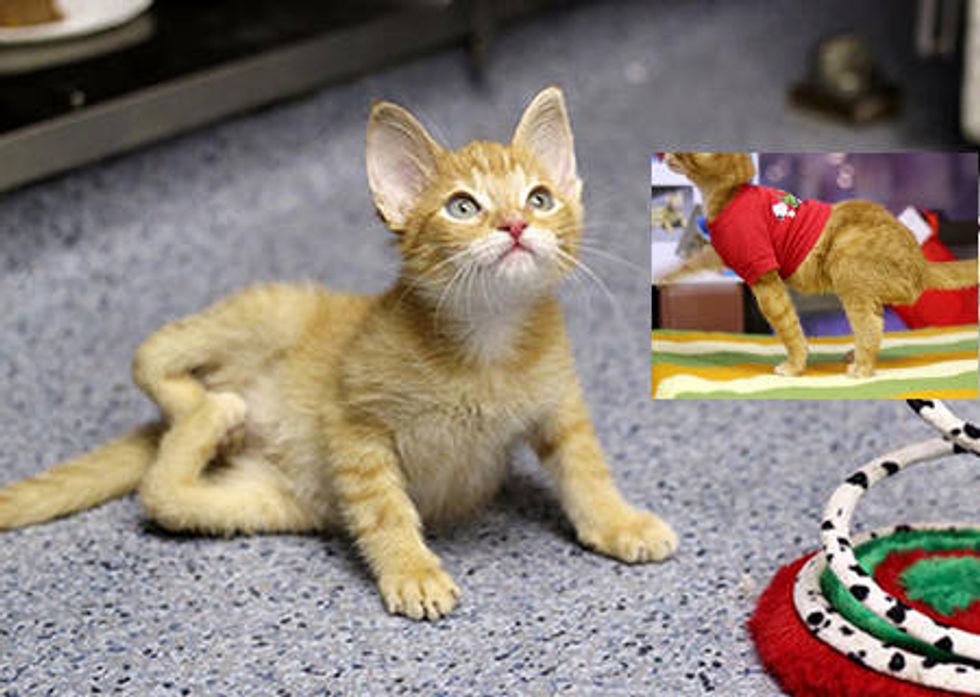 Stockings is a brave little kitten who was born with backwards legs, but his tale doesn't just end there. This orange tabby has been given a chance to walk and even run.

When Stockings was just a few weeks old, he was taken in by Chicago's Tree House Humane Society. "This little kitten was unable to stand or even extend his hind legs. However, as is so common in cats who are born with disabilities, his deformity had not deterred him. Stockings had a will and found a way, and we watched as this little cat scooted around on his hind hocks (or ankles)," the Tree House wrote.

"He had so much pent up energy! He wanted to run around like other kittens and play. He'd jump up and fall on his face. He really wanted to do what he couldn't do," Jenny Schlueter said via ABC7News.

They talked to Dr. Steve Neihaus, an orthopedic veterinarian, trying to find a way to reconstruct Stockings' legs so that they could function. "We knew it was risky. We knew there were no guarantees it would work," Schlueter said.

"We went forward with surgery knowing we could never make him normal. Our goal was to make his feet functional so he could live a happy, pain-free life," Dr. Neilhaus said.

But it worked! Six weeks after the surgery, Stockings can walk and run with no pain and play like other kittens.

"Stockings can now stand on his hind legs and pulls himself up onto the couch with ease. He eagerly races across the room, not wanting to let the dogs get too far ahead. It is incredible to see him take a few, tentative steps as he learns to navigate on his new legs."

Stockings was born with backwards legs. He couldn't stand or walk, but the people from Chicago's Tree House wouldn't give up on him. 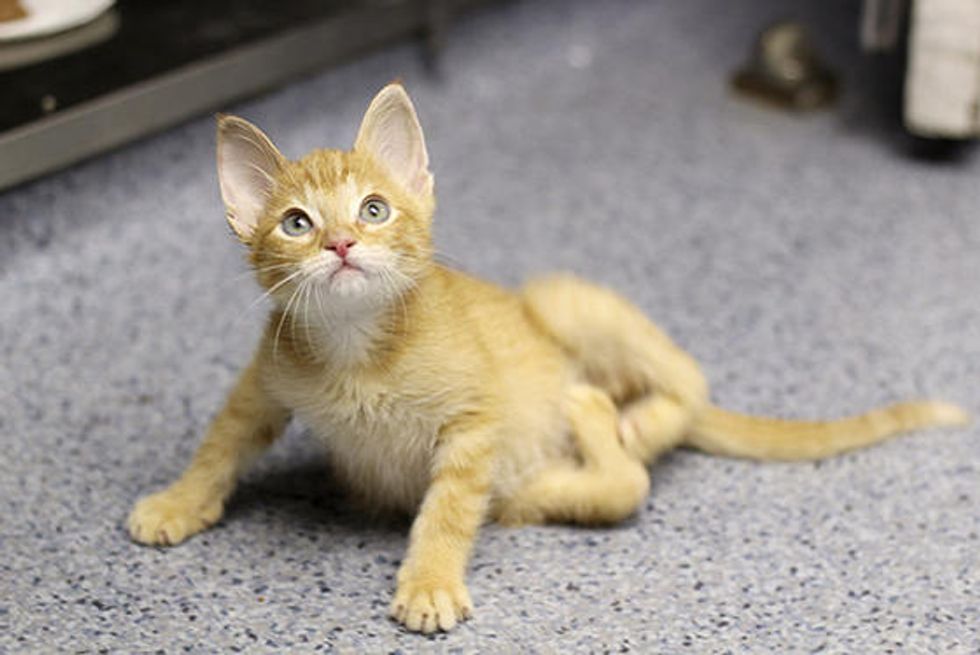 "He had so much pent up energy! He wanted to run around like other kittens and play." 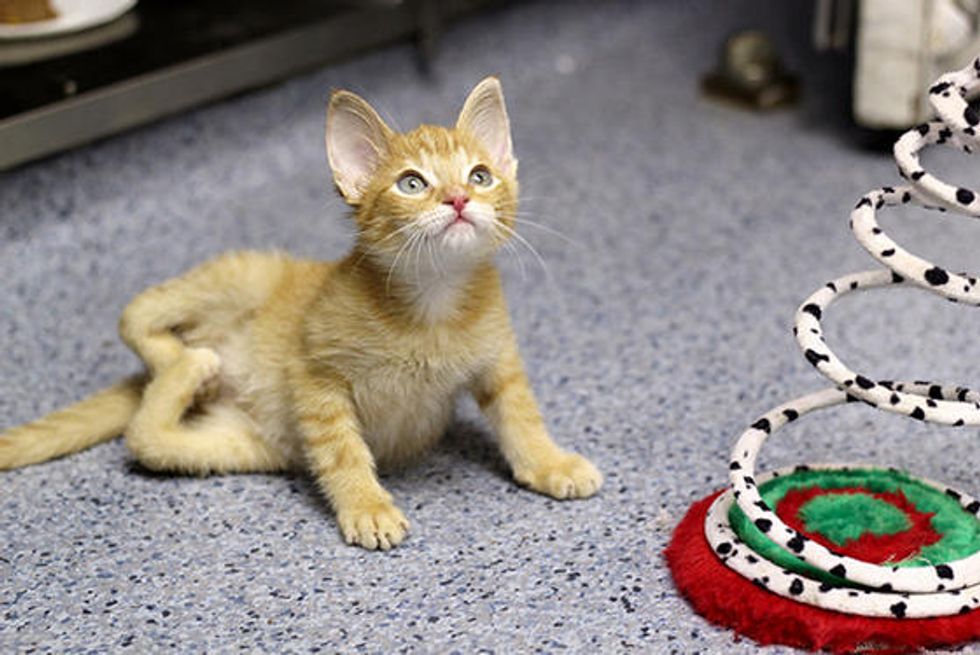 They consulted Dr. Steve Neihaus, an orthopedic veterinarian, trying to find a way to fix his legs so that they could be functional. 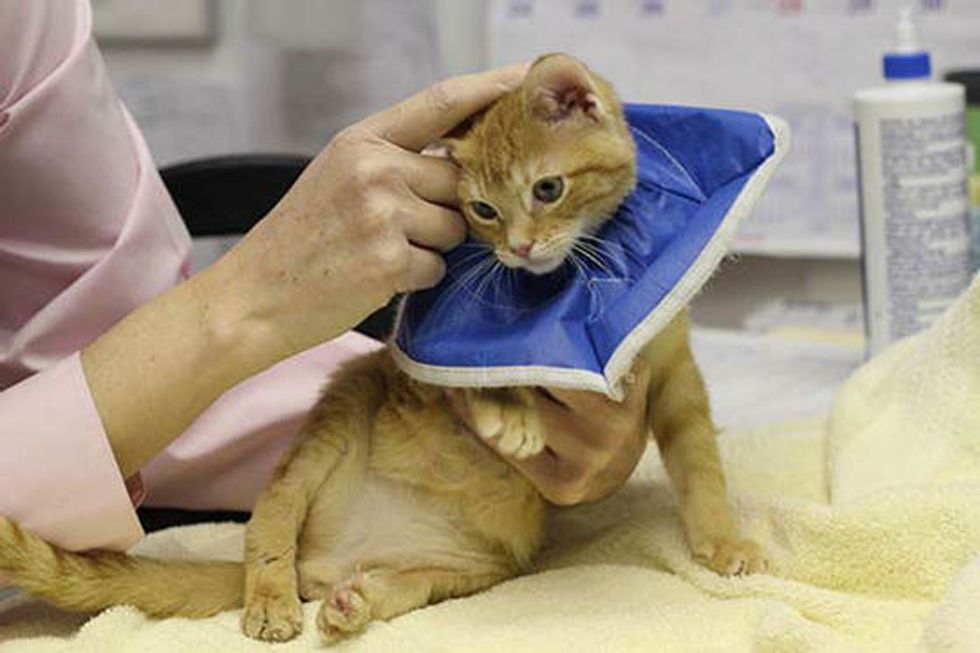 But the result far exceeded their expectation. Stockings now can stand and walk, and even race across the room. 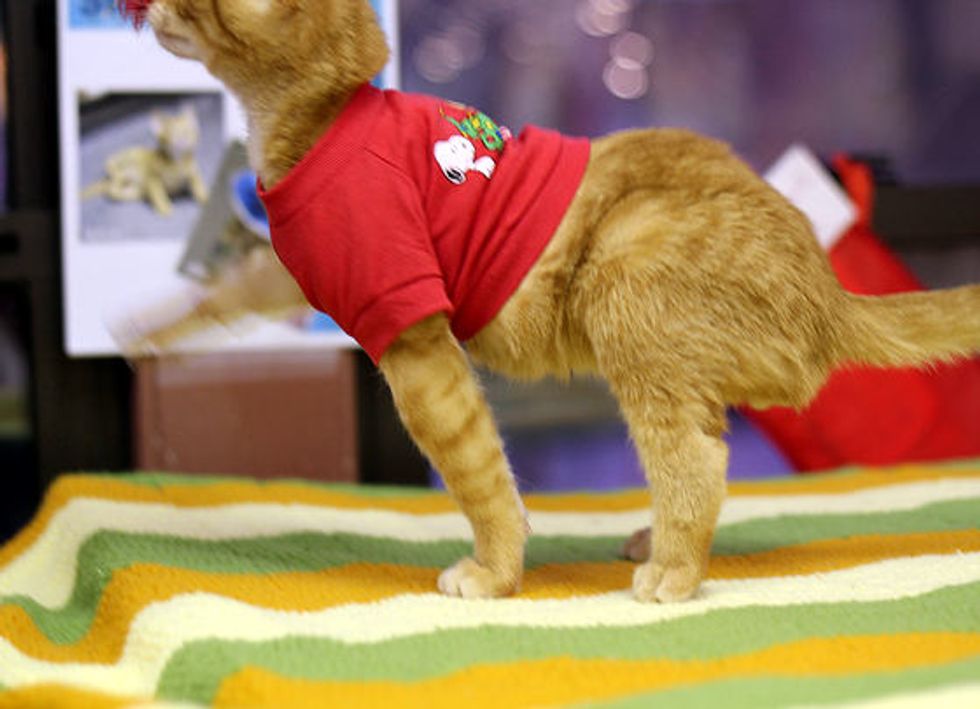 "It is incredible to see him take a few, tentative steps as he learns to navigate on his new legs." 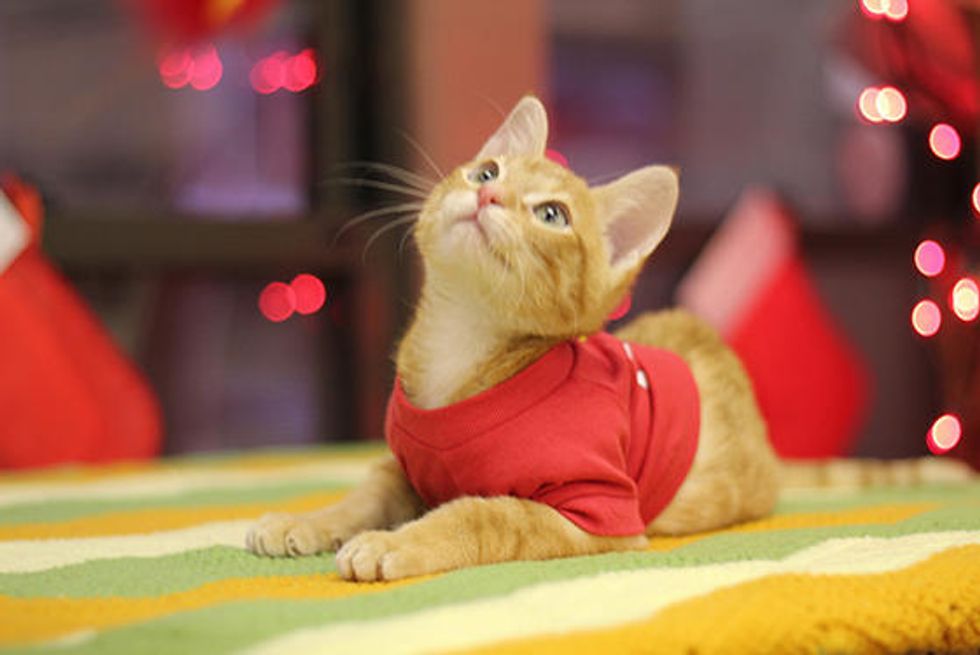 Stockings can now play just like other kittens with his new legs like he always wanted. Just recently he was adopted to a new home. 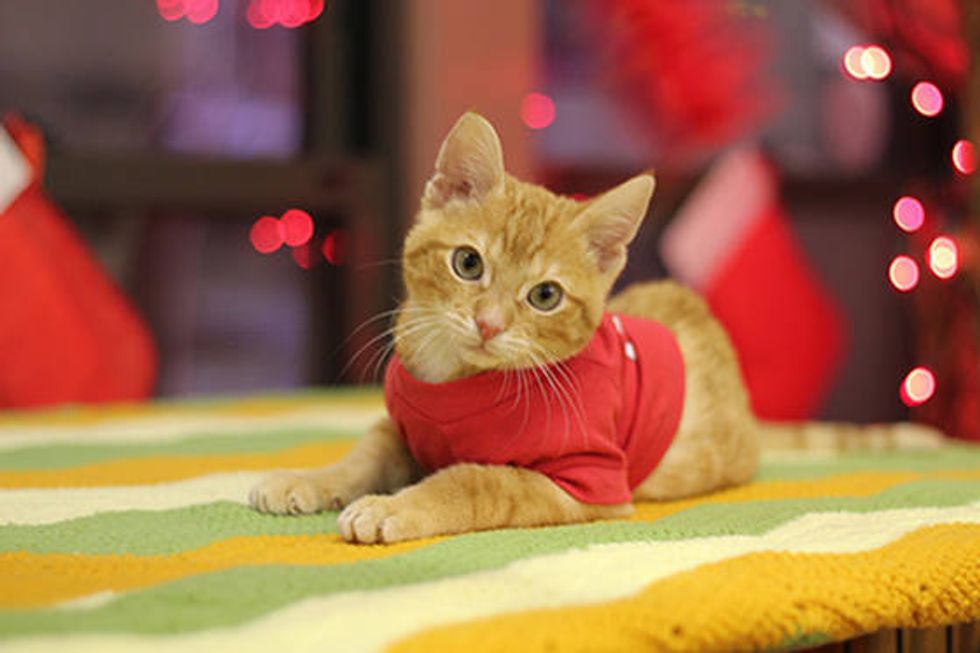