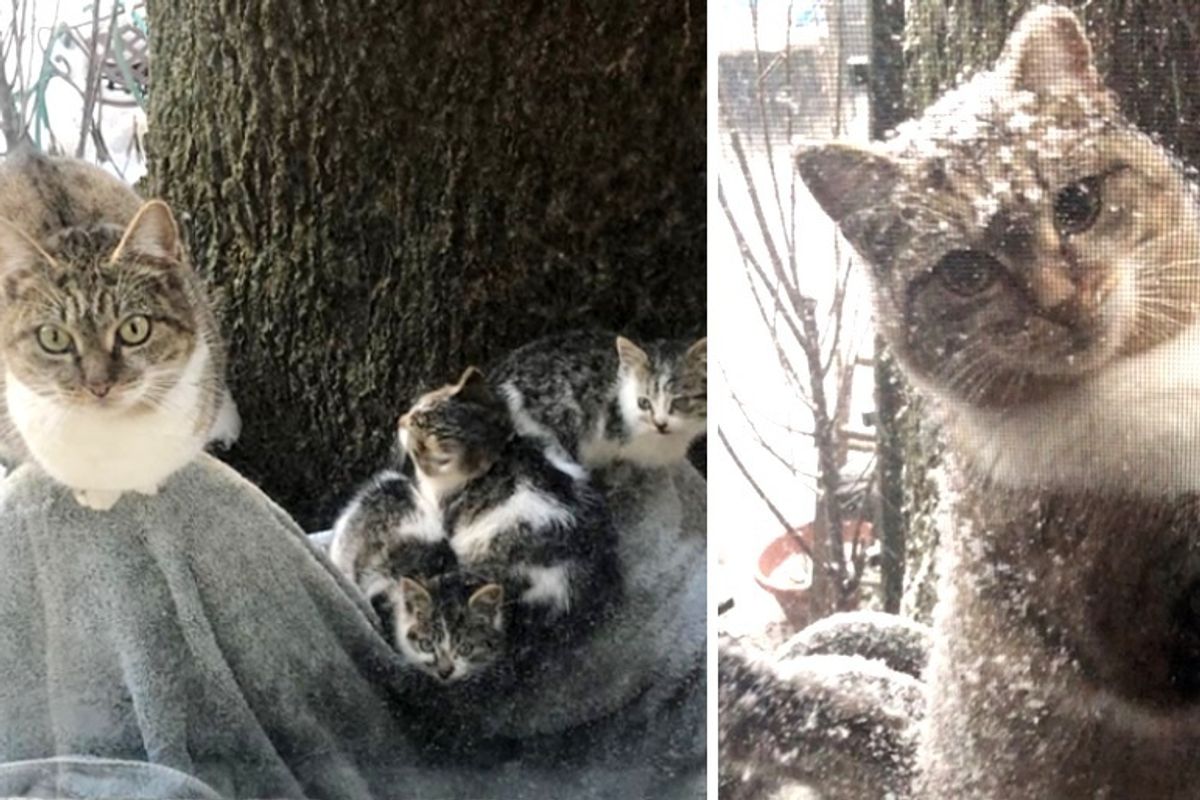 A stray cat left her kittens to a couple one winter, and came back this week during a heavy snow storm.

This time, she wanted help for herself. 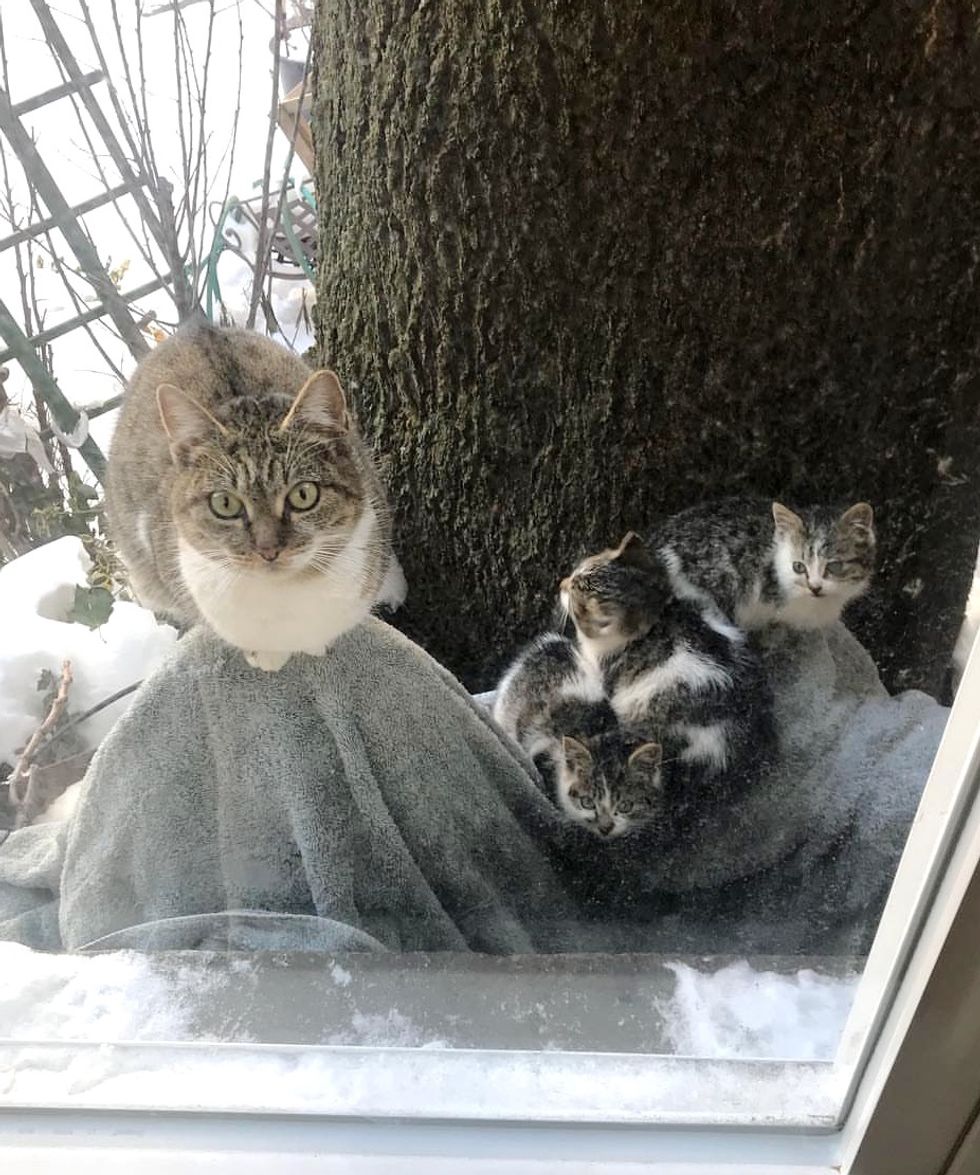 Last winter, Renee Becerra from New York woke up to find a stray cat outside her window, but she wasn't alone. Turned out, the cat had brought her kittens with her. The mom was very skittish and would run away if approached.

Renee, a dedicated caregiver to the neighborhood cats, came up with a plan to help them as the weather was reaching incredibly low temperatures.

"It took a while to figure out what was the best thing to do for all of them since she was obviously around and providing them care, but it was bitterly cold outside," Renee told Love Meow.

She built a winter shelter supplied with food, and later confirmed that the cat mom had started using it and brought her kittens there to escape the cold. 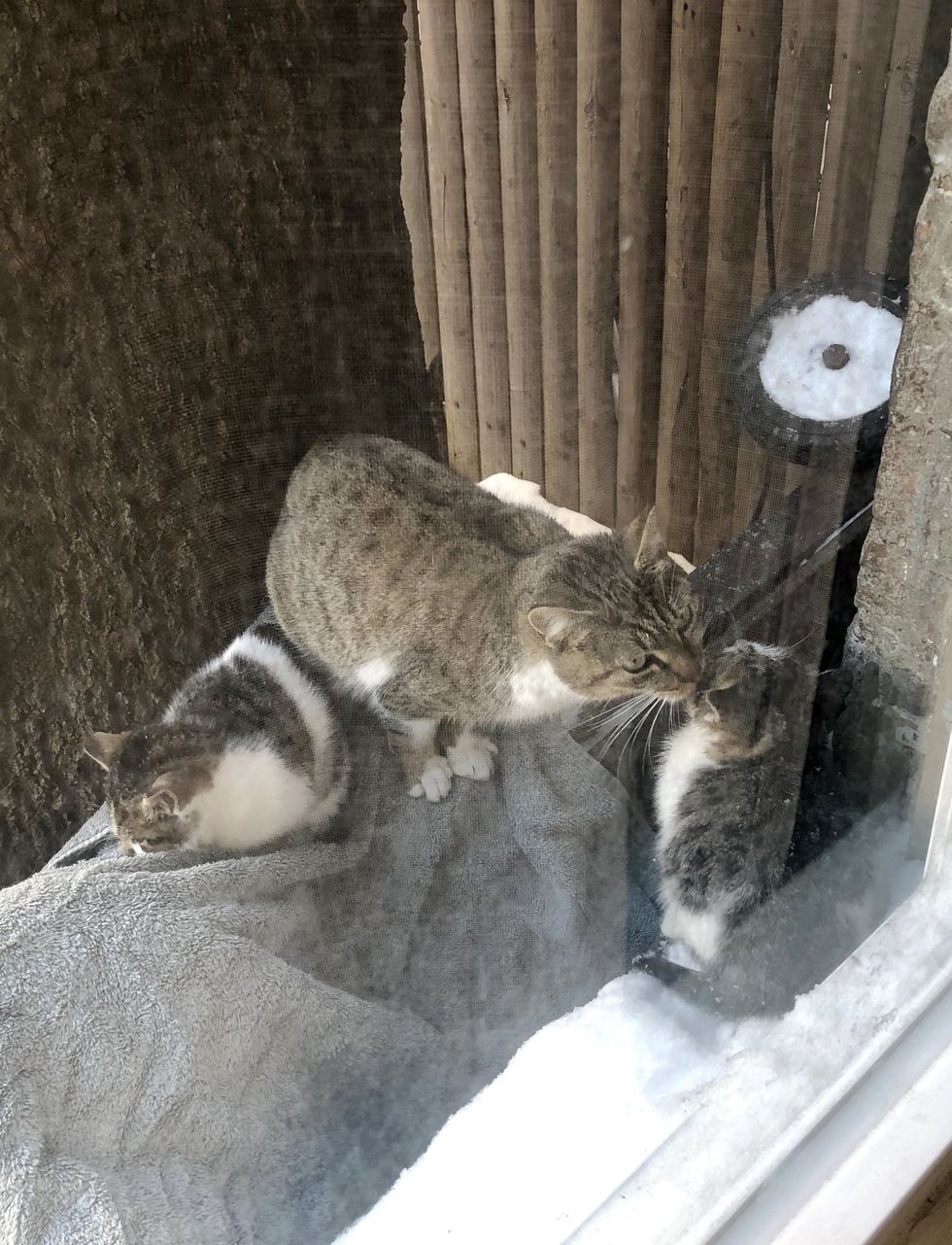 Sadly, one of the kittens didn't make it. Renee and her fiancé, Nathaniel Styer, immediately gathered supplies, hoping to get them out of the winter cold.

"The cat mom disappeared before we could trap her, but we were able to successfully capture the kittens," Renee told Love Meow.

They fostered the feline siblings for about two months until the ASPCA could find them their forever home. 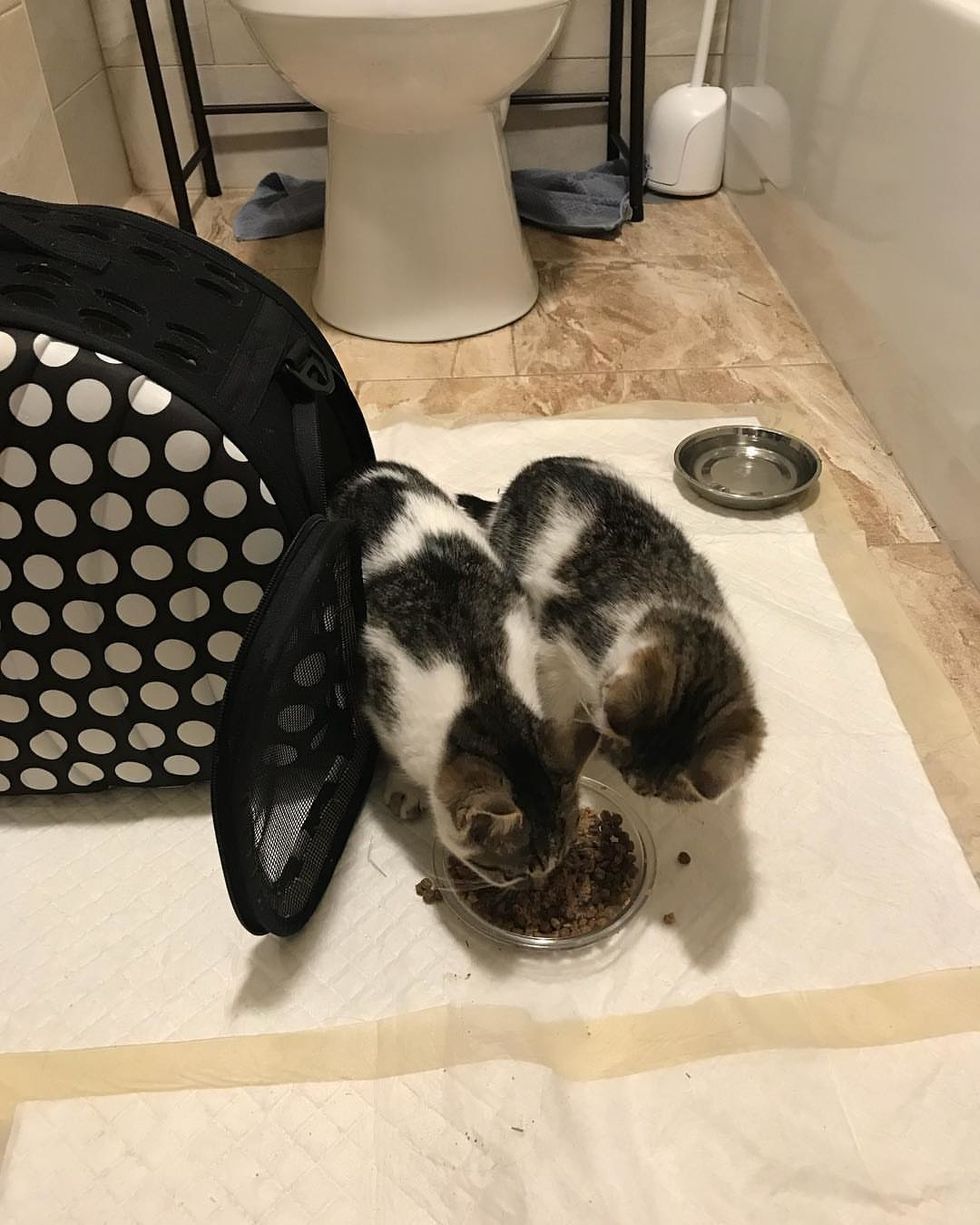 As Renee continued to care for the community cats and started working on TNR (trap-neuter-return) projects, she always hoped that someday the cat mom would return. "She reappeared at our window sometime in the fall but it wasn't until this week that we were able to bring her inside."

Three days ago, New York was hit by a severe snow squall where the outside condition was unbearably rough. Nathaniel heard some commotion by his window.

Lo and behold, a familiar face showed up - it was the cat mom, who brought the couple her kittens — she came back, and she wanted help. 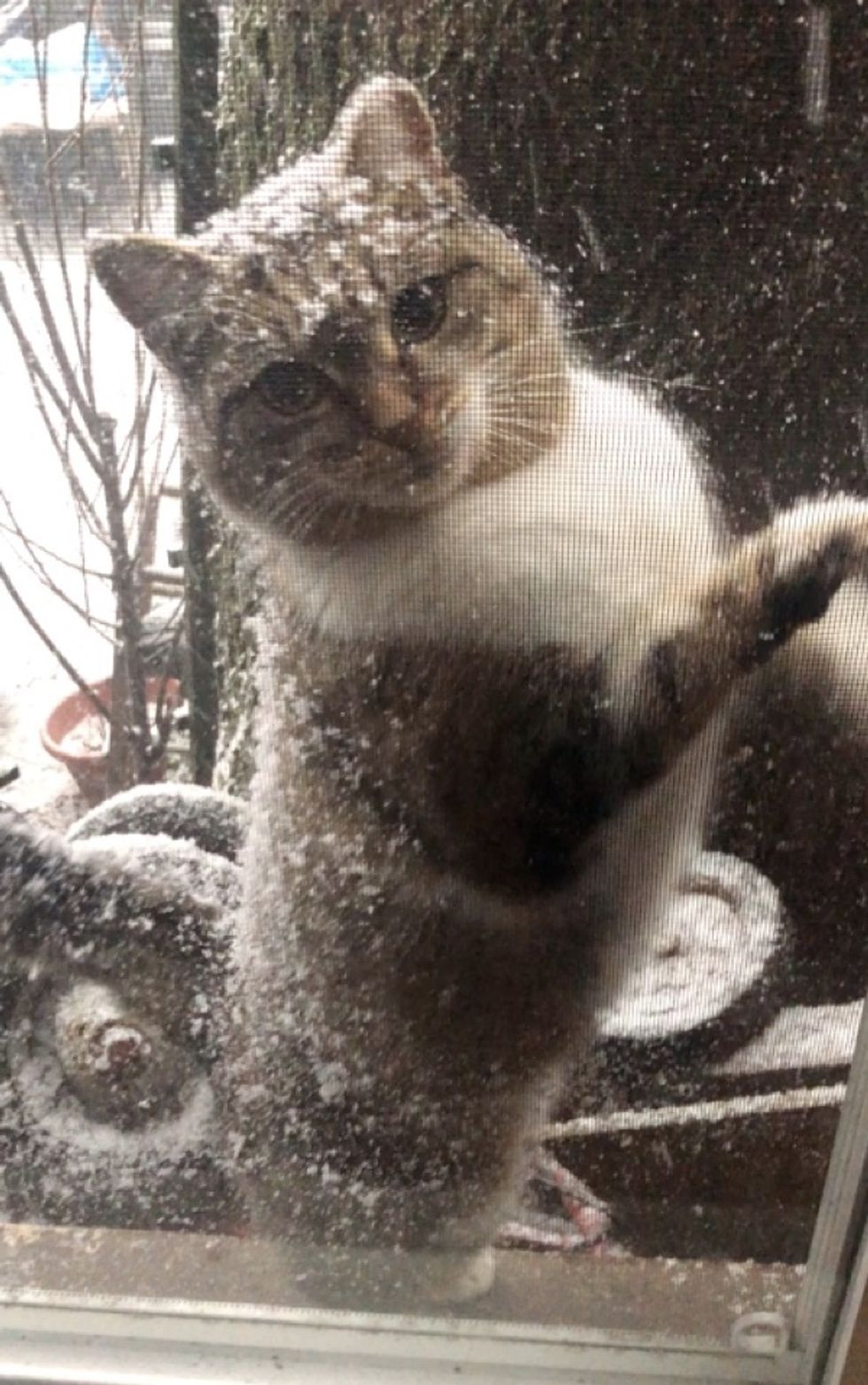 One of her ears is tipped, which indicates that she has been trapped and spayed. "Obviously someone has helped her out before," Nathaniel said.

The tabby cat, whom they named Chunk Chunk, showed up at the window, rubbing and scratching the screen, as if to plea to be let in.

"The 'snow squall,' an intense snow storm, rolled in, and Chunk Chunk got stuck in it. It was obvious that she was panicking and wanted out of it."

Watch: stray cat came back to the same home for help:

Stray Cat Left Her Kittens to Couple and Came Back This Week During Snow Squall youtu.be

He opened the window and the kitty hopped right in. The sudden change of environment had the stray cat nervous for a bit.

"She immediately ran around the place and straight into a closed window. I got her into the bathroom and she instantly calmed down. She is amazingly amenable to being held and just wants scratches and love," Nathaniel told Love Meow. 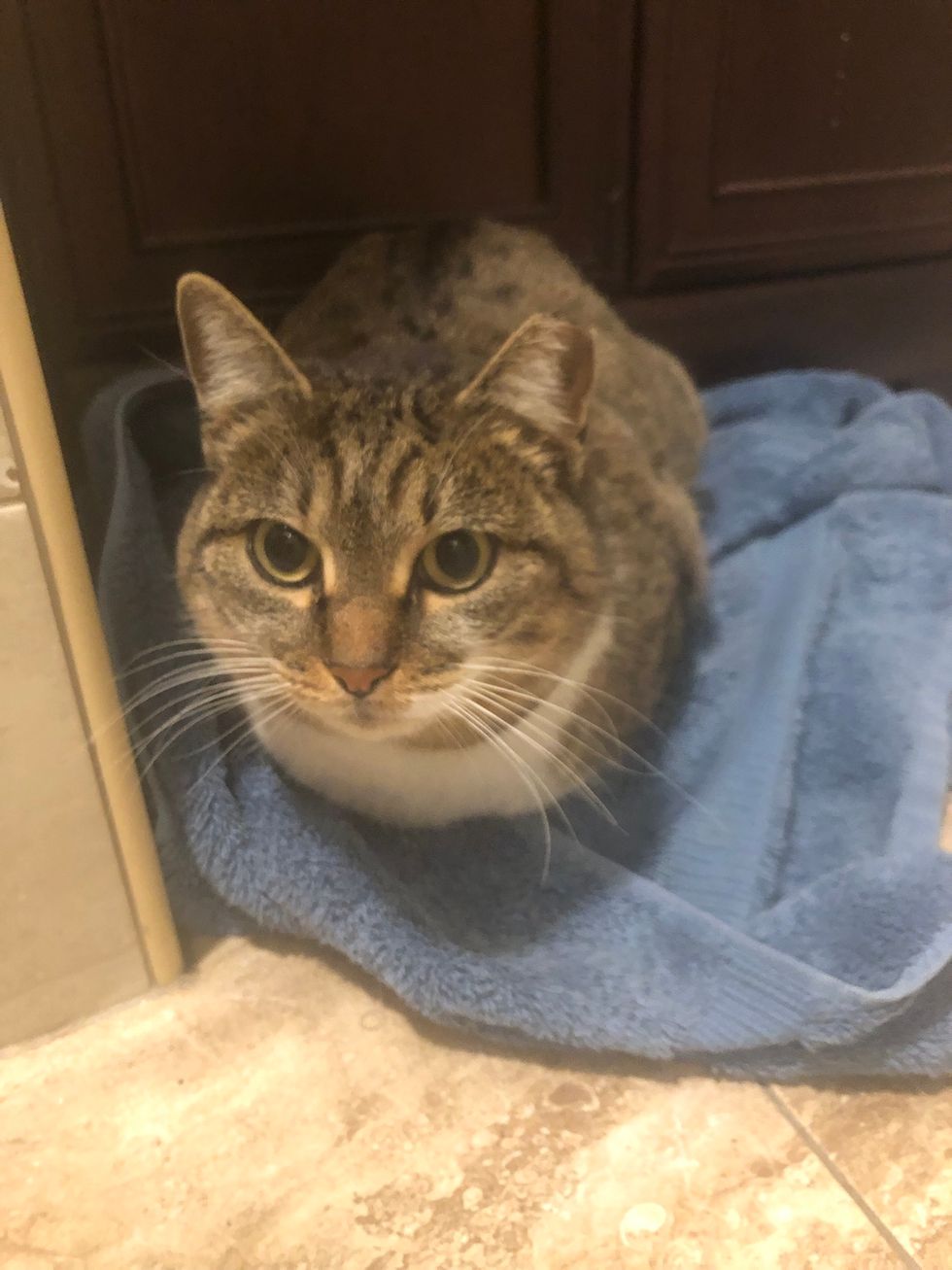 Renee was at work when she received a message from Nathaniel about her old pal. She was surprised and overjoyed. "I was basically at work counting down the minutes to see how she was doing," Renee told Love Meow.

When Chunk Chunk saw Renee, she seemed to recognize her.

"She was hiding behind our toilet when I first saw her, but when I put my hand towards her she started purring immediately." 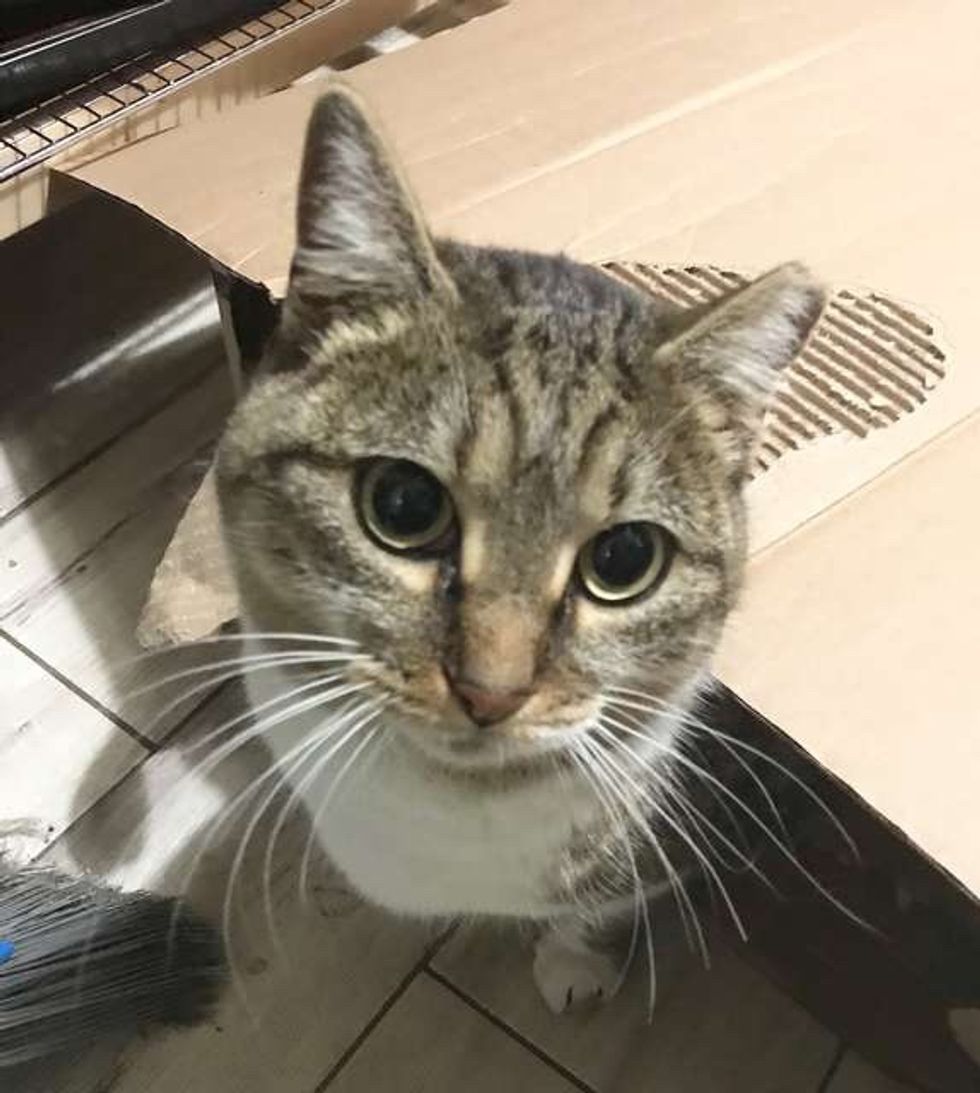 "We've had regular cuddle time and she seems happy to just curl into my lap and receive all the pets that she can get. She's explored our apartment a little, but we're taking that slowly so as not to overwhelm her."

The couple is thinking about adopting her after they get her to a vet and see if she lives well with their dog, Hugo.

"I've taken to calling her 'lovebug' because she is so sweet. She's a quiet little thing but she'll mew very softly when she wants attention.

"She's a major cuddler and just loves all the pets I can give her." 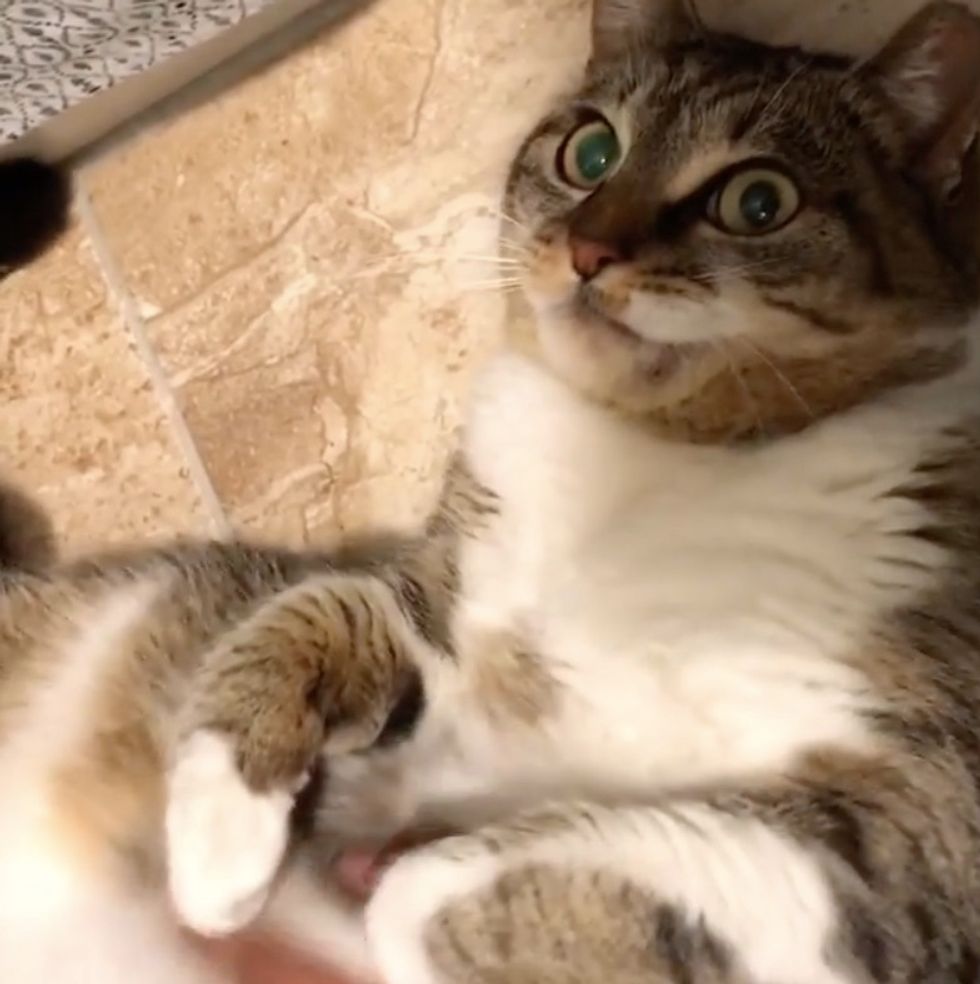 Related story: Stray Cat Mom Brings Her Kittens to Man that She Befriended, for Help