A man spotted a stray cat in a parking lot all alone, but she quickly ran away.

When he came back a month later, he saw the kitty again. He couldn't leave her there as winter was approaching. 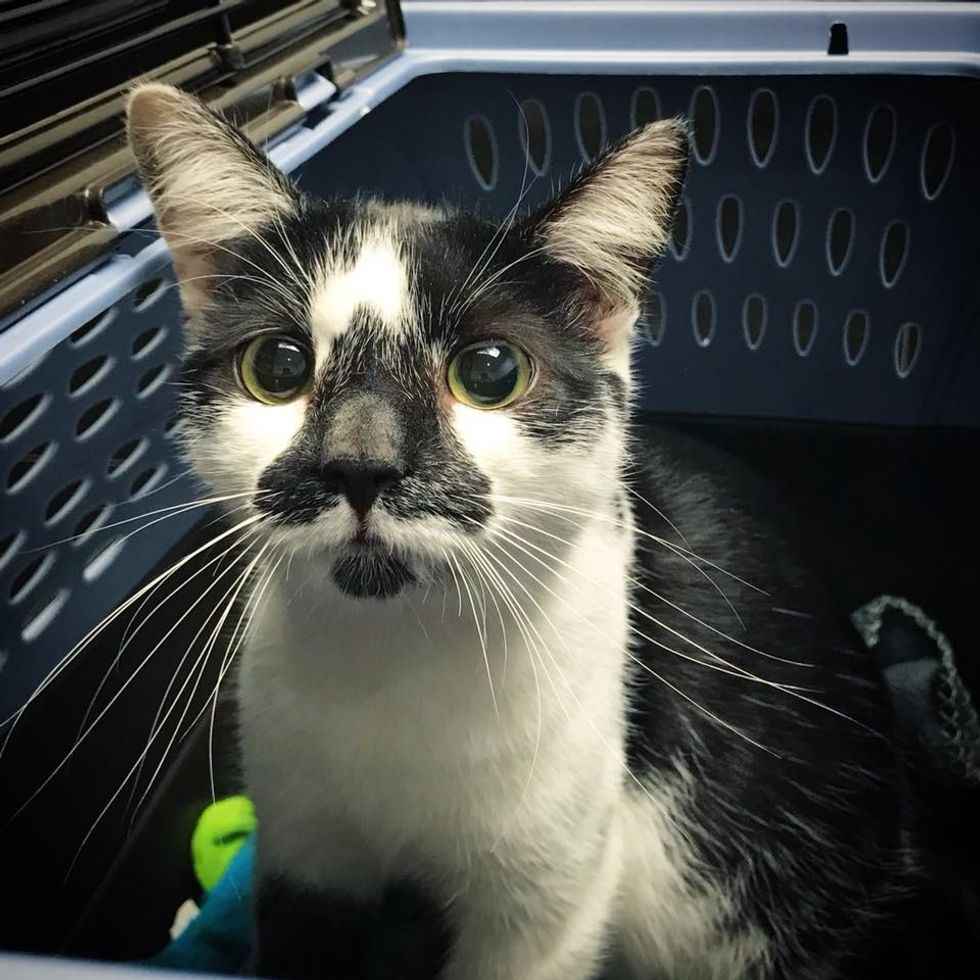 Sylvain from Montreal, Canada approached the black and white cat, well expecting her to run away, but this time, she let him get closer. "I learned from the employees that the cat had been there for about 2-3 months," he said.

The kitty didn't have a home to go to and had been living off food given by a few people from the restaurant. Knowing that a parking lot is no place for a home, Sylvain decided to do something.

"I took pictures and posted them on different Facebook pages to see if she belonged to someone," he added. 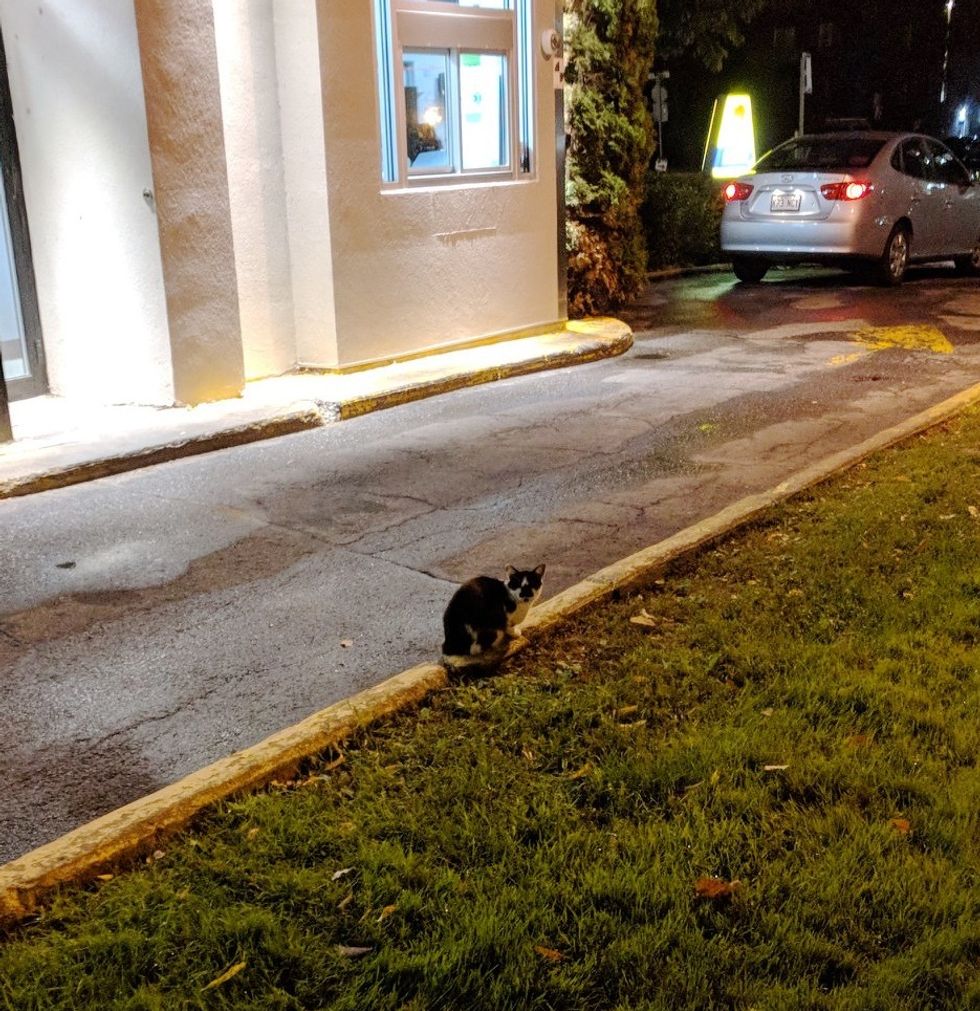 No one came to claim her, so Sylvain sought help from a local rescue group, Chatons Orphelins Montréal. All their foster volunteers were full at the time so Sylvain stepped up to help trap the cat.

"I decided to catch her and get her off the streets," he said. 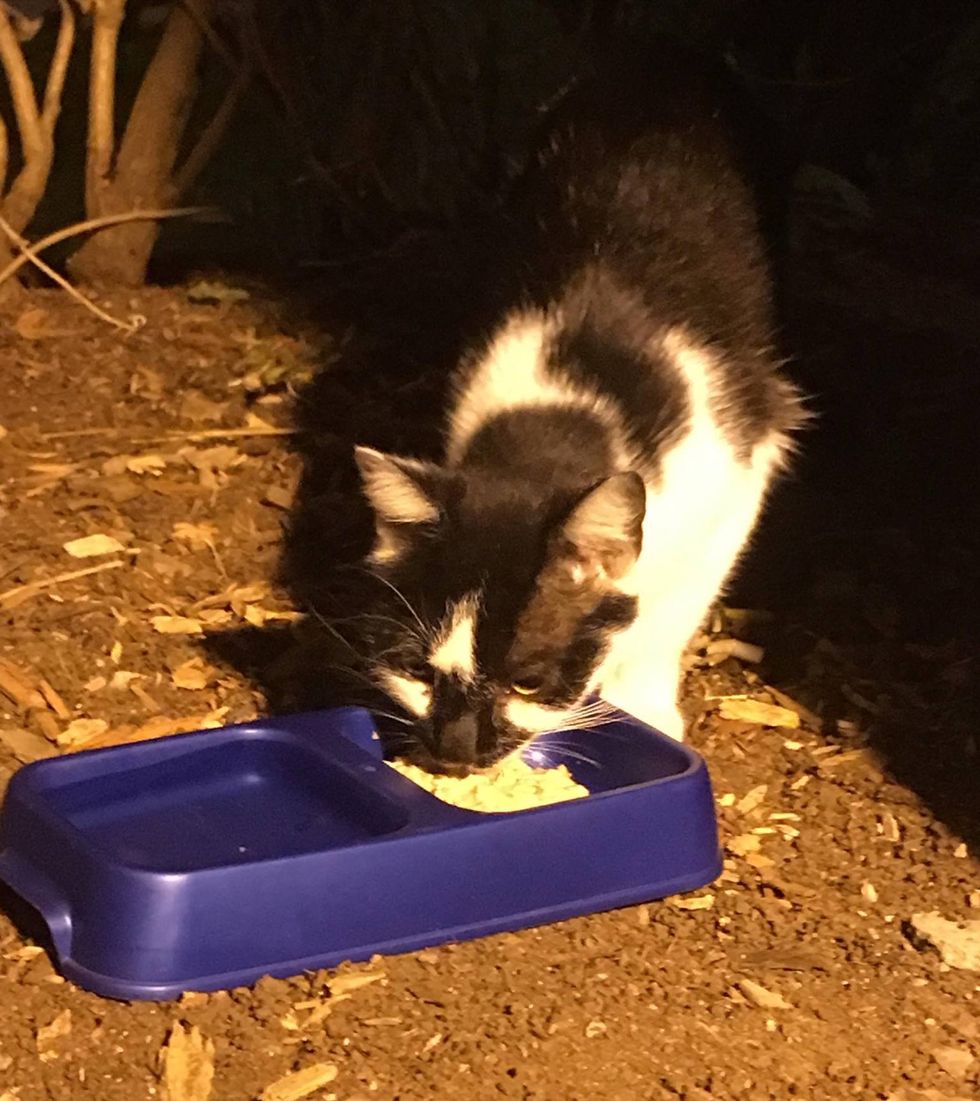 He returned every day to feed the cat and try to gain her trust. As time went by, he was able to get closer to the cat.

The weather began to get cold, and it was time to get her somewhere safe. 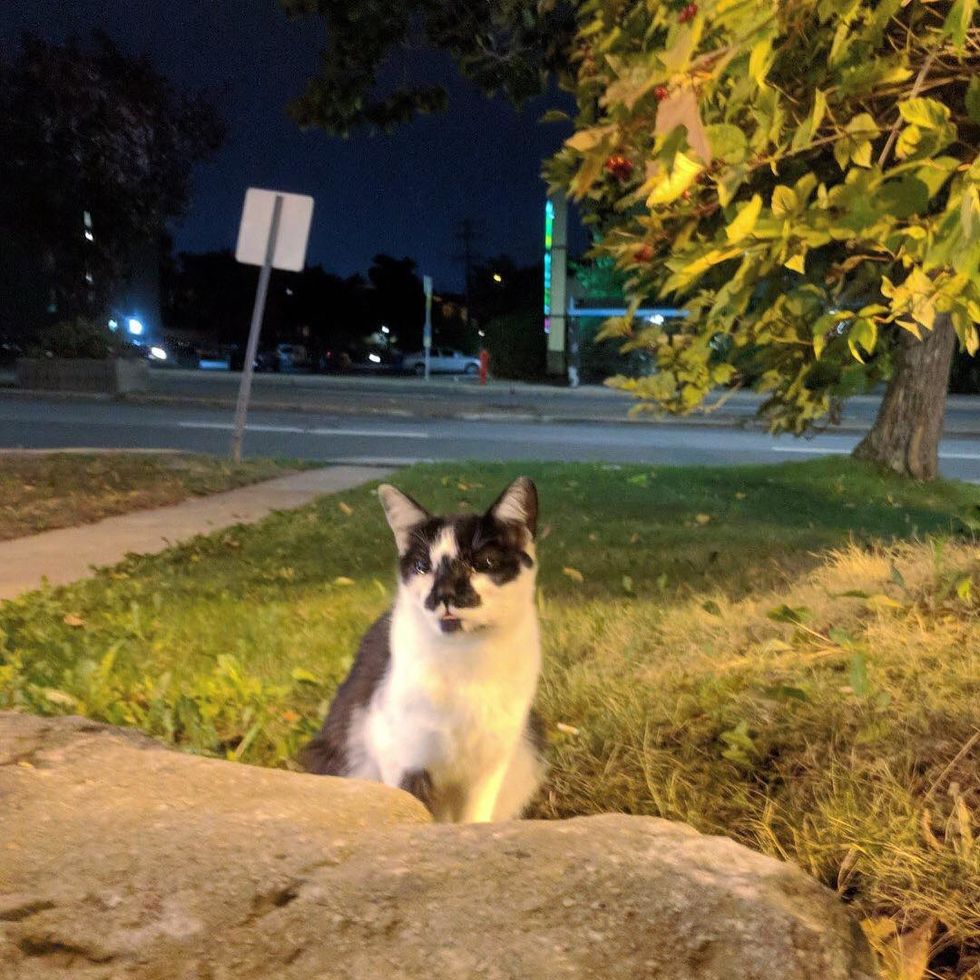 "He went to rent a humane trap, and set it in the parking lot. It took patience, but after a few attempts, it worked," Chatons Orphelins Montréal shared with Love Meow.

Sylvain brought the kitty home and gave her food and water. She felt safe and quickly made herself comfortable. 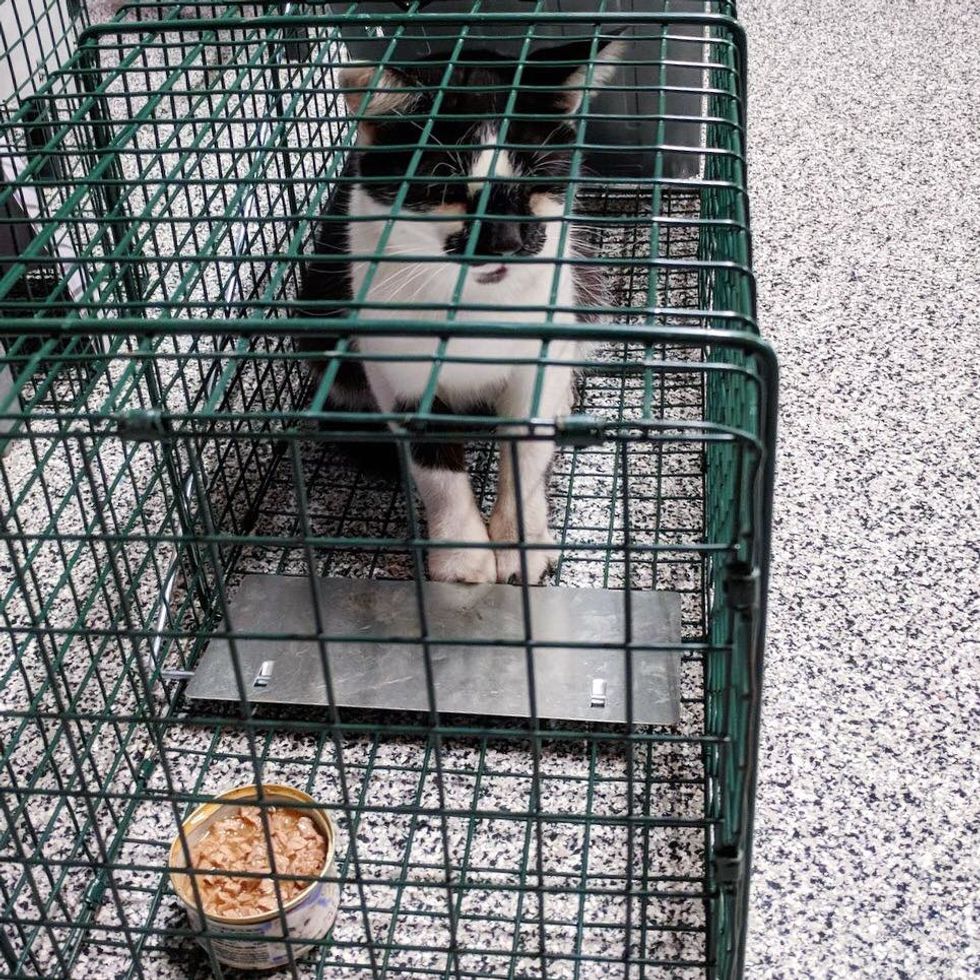 The following weekend, Sylvain brought her to the vet to be checked out. Little did he know that he was in for a big surprise.

"While at the vet, they discovered that she was pregnant," the rescue said. 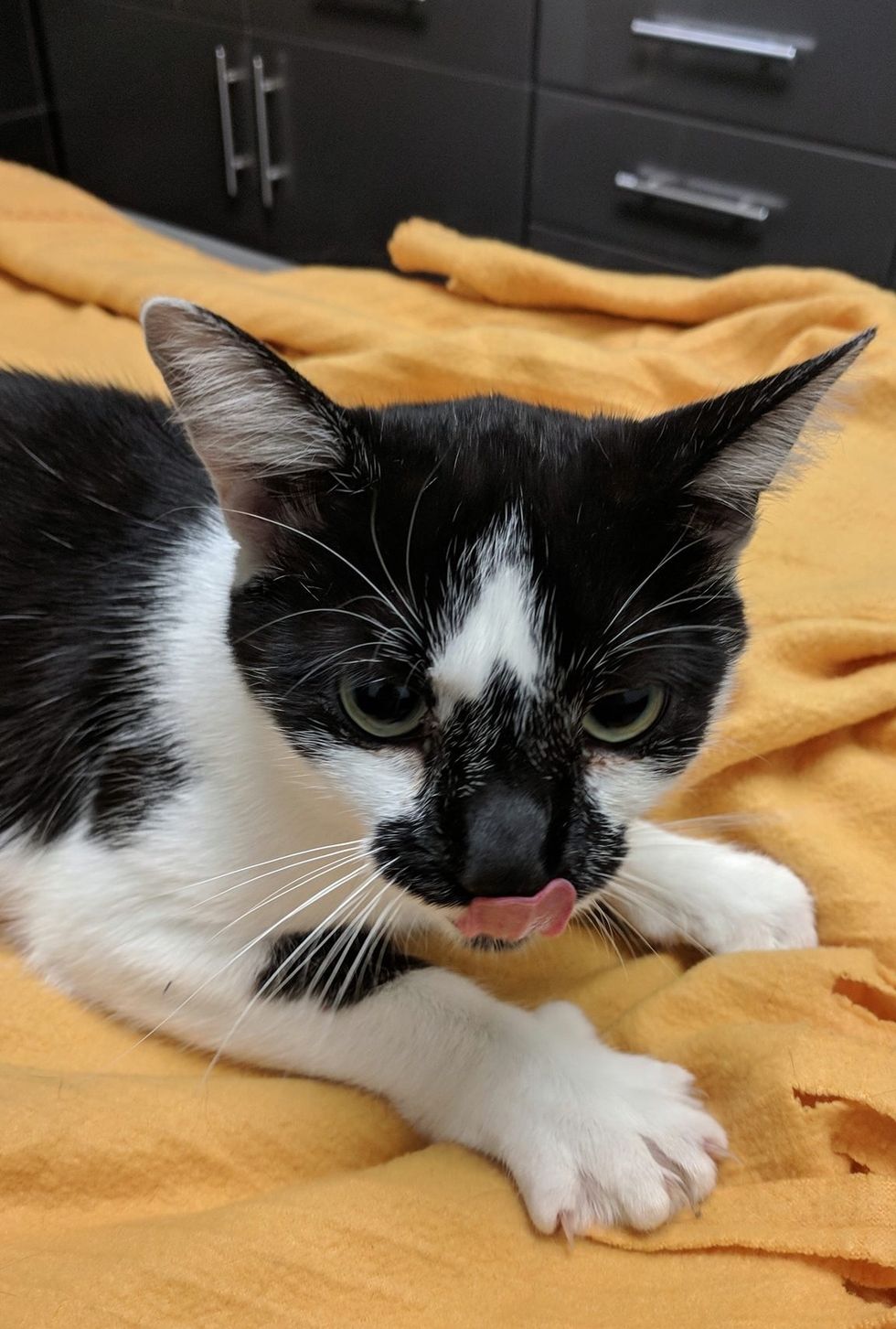 Instead of braving the bitter Canadian winter in the parking lot, the expectant cat mom would have a safe place to have her babies.

Sylvain paid for her vet care out of his own pocket and named her Tisha. He continued caring for her until they were able to find her a foster volunteer who is experienced with kittens. 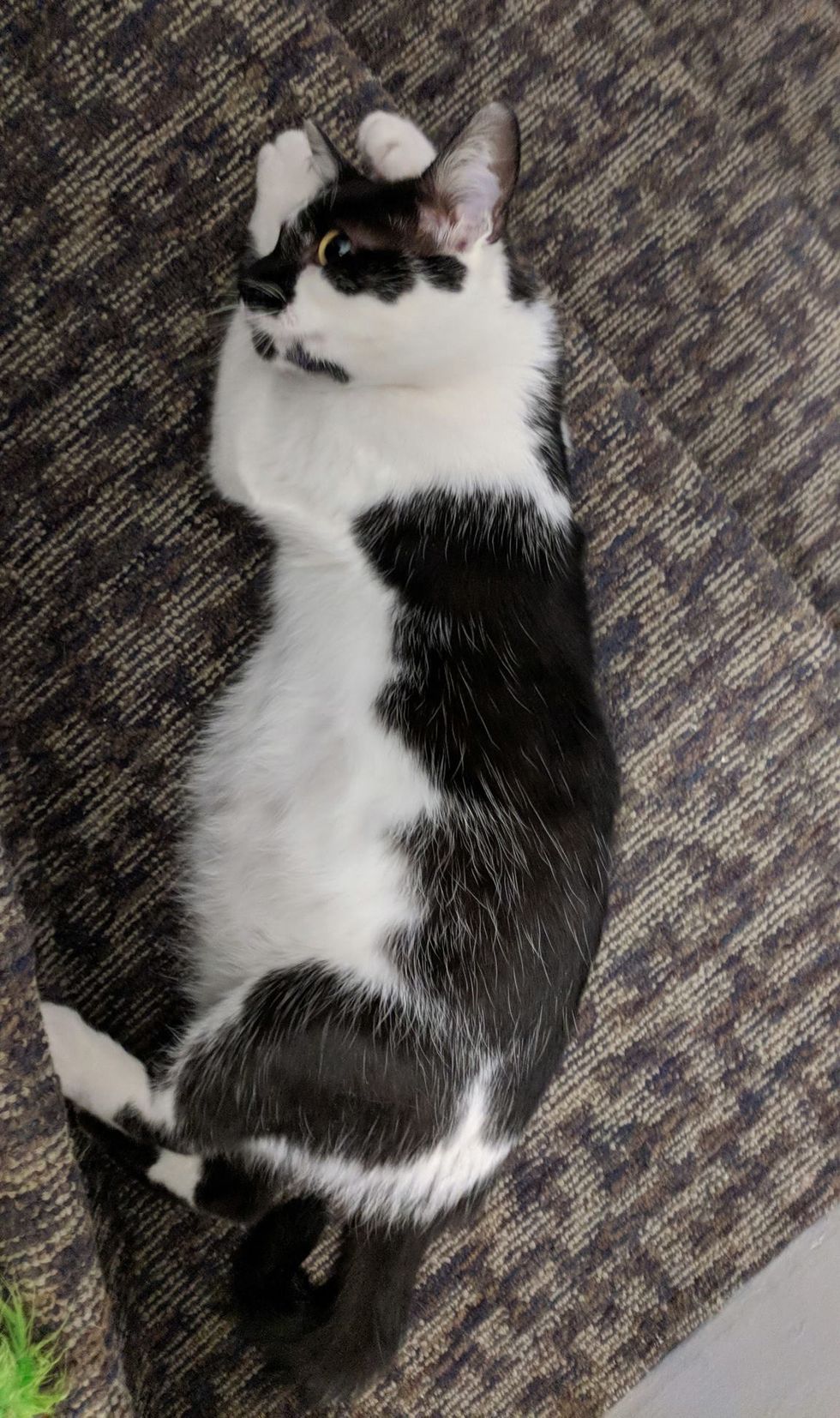 Early November, Stephanie, a volunteer of the rescue, welcomed Tisha into her foster home. "I miss her already because she's a lovely, sweet and endearing cat who loves the company of other cats and humans," Sylvain wrote.

Tisha adapted very well to change and quickly connected with her foster mom. 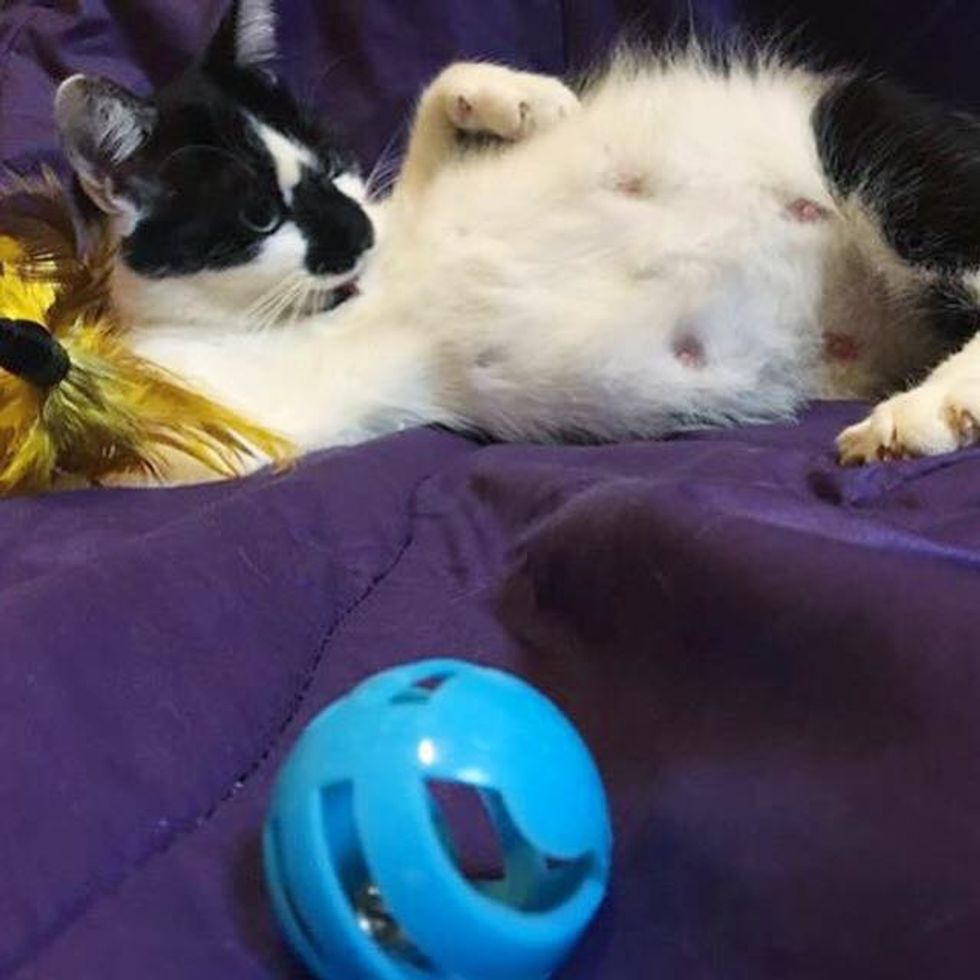 "She purred and crawled on her back for attention," Chatons Orphelins Montréal said.

A few days later, Tisha gave birth to four beautiful and healthy babies in the comfort of a warm home. "The birth took about 12 hours. Tisha was anxious. Stephanie kept her company throughout the process." 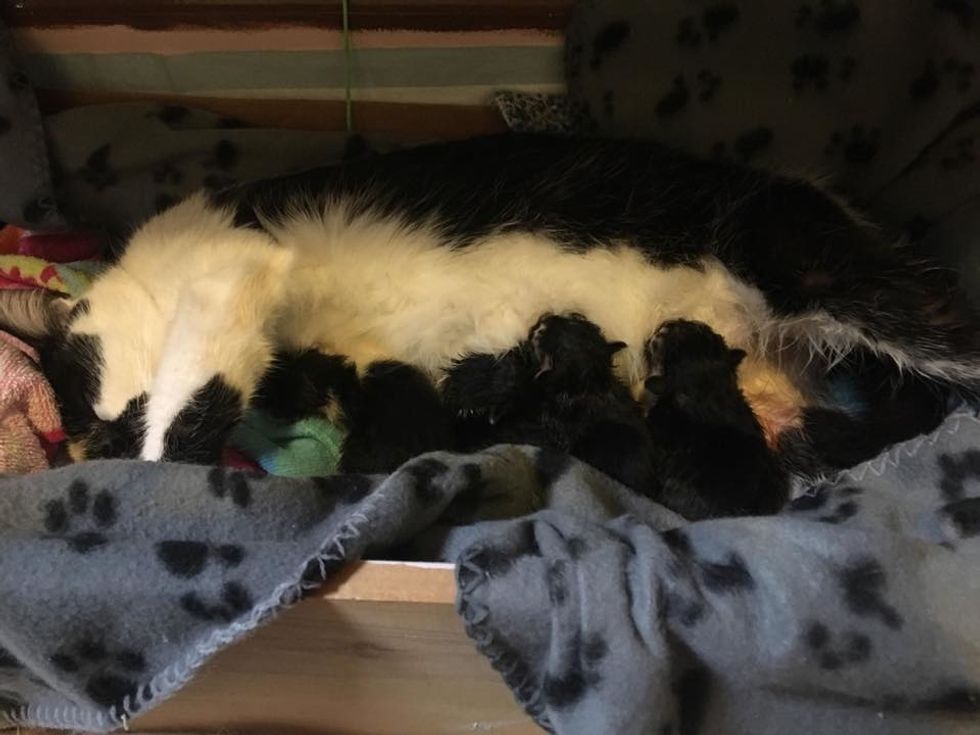 The kittens are three weeks old now, healthy, happy, and very playful. Tisha is an amazing mom who gives her babies unconditional love and undivided attention.

"Tisha lived a long outdoor life and had some health issues. Some of her kittens might not have survived if she had given birth outside. Thanks to Sylvain, she and her kittens are saved." 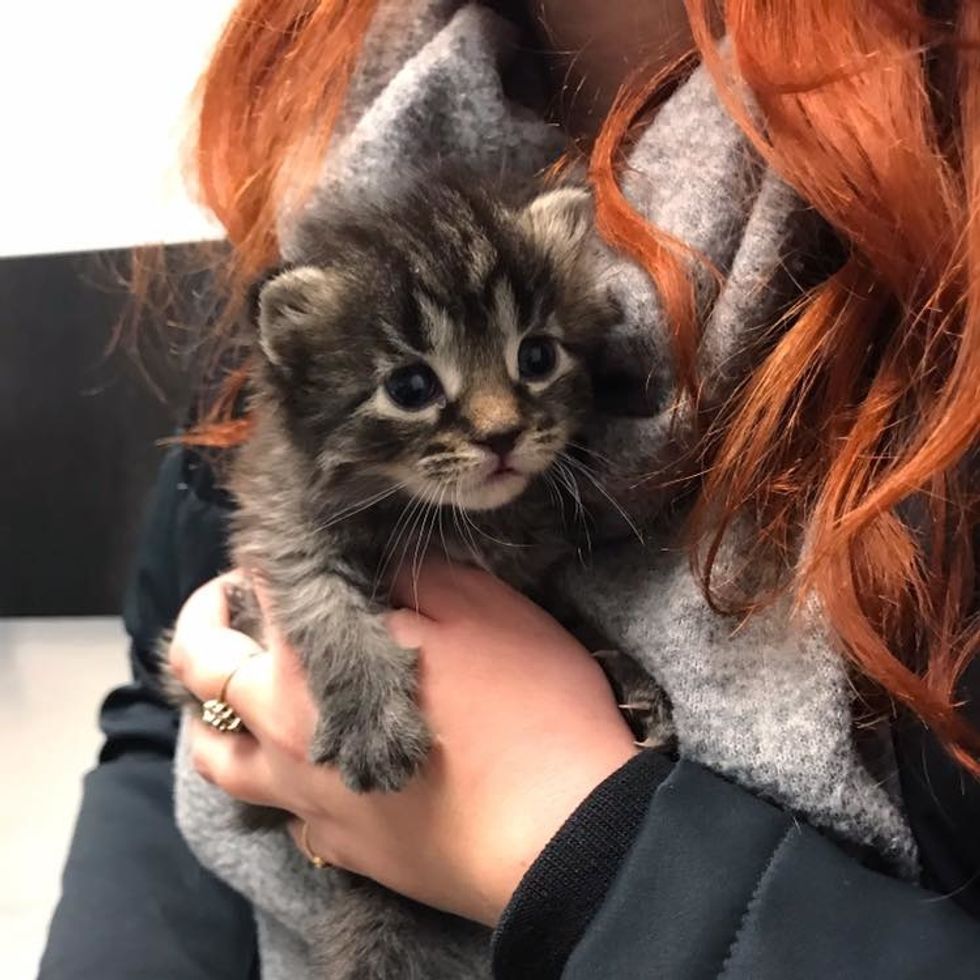 The parking lot where she was found, is now covered in snow. Tisha and her kittens don't need to worry about the bitter cold.

They have a warm home, plenty of good food, comfy beds and a foster mom to cuddle with, this winter.