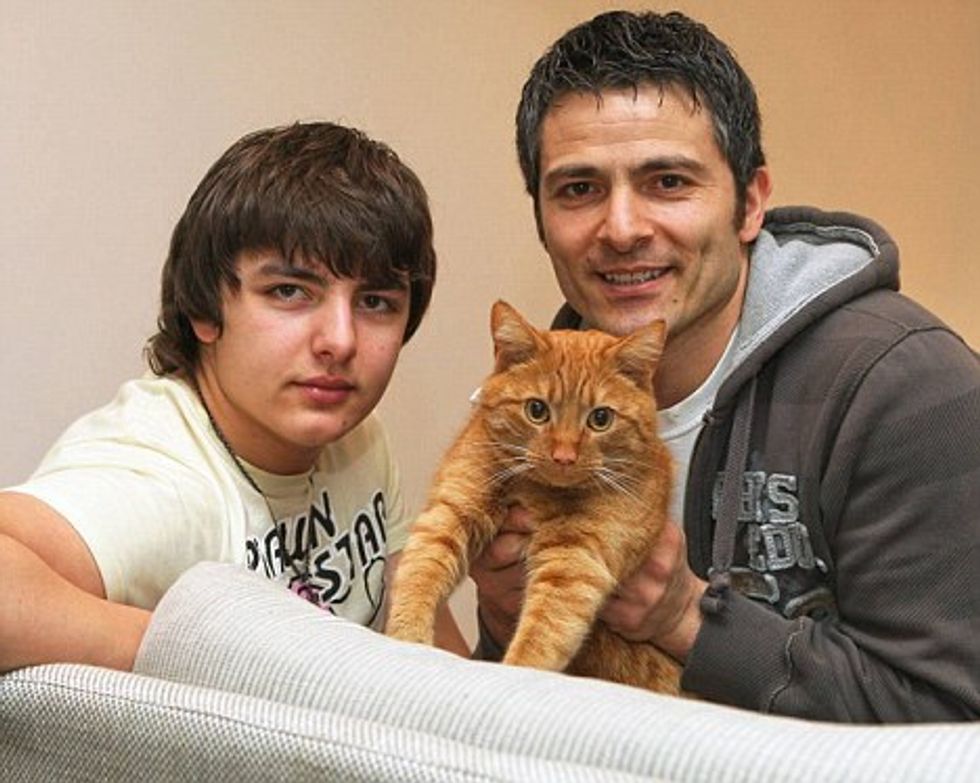 Cat 'Comes Back to Life' Nine Months After Owner Buries Him

A ginger tabby cat named Alfie was thought to have used one of his nine lives to come back from the dead after being buried for nine months.

A cat was found on the side of a road by a friend of Angelo Petrillo, the owner of Alfie. They believed it was his beloved cat who was apparently hit by a car. The Petrillo family was deeply saddened and Mr. Petrillo personally buried the cat.

Soon after the incident, The family relocated to another area along with another ginger tomcat, named Freddie. It took them a month to grieve over their loss. However, what they did not expect is what ensued nine months later.

A few days ago, a former neighbor contacted Mr. Petrillo over the phone, saying their cat, Freddie frequently visited their home at the front and back doors. However, Mr. Petrillo was in disbelief because Freddie was with him while they were speaking on the phone.

"Then they said the cat was climbing on to the conservatory and trying to get in the bedroom window, which is exactly what our two did," said Mr Petrillo.

Mr Petrillo thought it must be Alfie, though his wife was a bit unsure. Mrs Petrillo returned to her old home. When she saw the ginger cat that the neighbor mentioned, she recognized him right away. It was Alfie, the cat they thought they had buried nine months ago.

Alfie was not wearing his collar and seemed to have put on some weight. Mrs Petrillo believed that someone was taking care of him while he was thought to be gone the entire time.

"It was just unbelievable - the cat I had buried nine months earlier, the cat we spent about a month grieving over, was back, and my wife just couldn't believe what she was seeing," said Angelo Petrillo.

As to the cat they buried last summer and the family that looked after Alfie, it remains a mystery. Right now, the family is simply overjoyed that they have got their cat back.

You can read more at dailymail.co.uk.

images and story via dailymail.co.uk