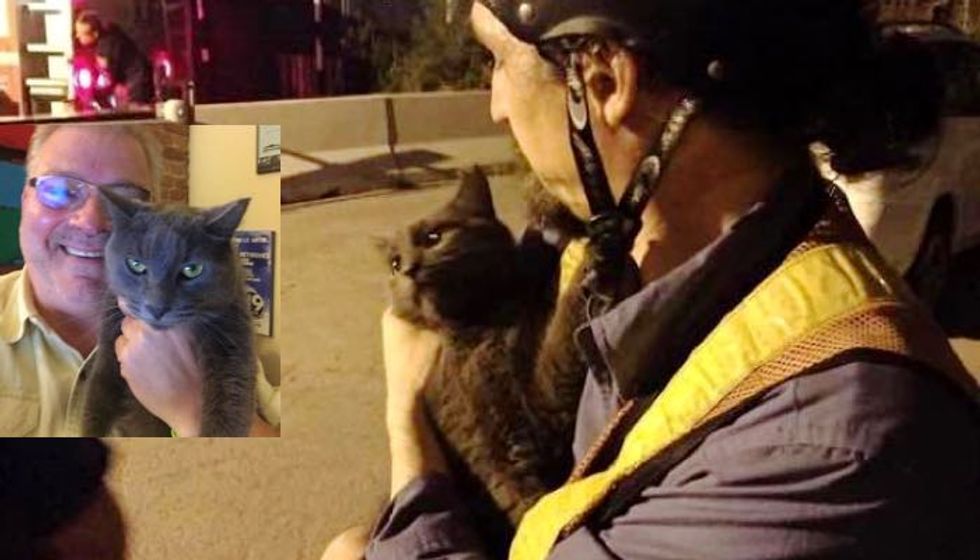 Cat Rescued from Under Bridge Chooses Retired Journalist as Her Human

A rescue cat only took to a retired journalist after she was saved from being trapped in the underbelly of the Jacques-Cartier Bridge, in Montreal, Canada. 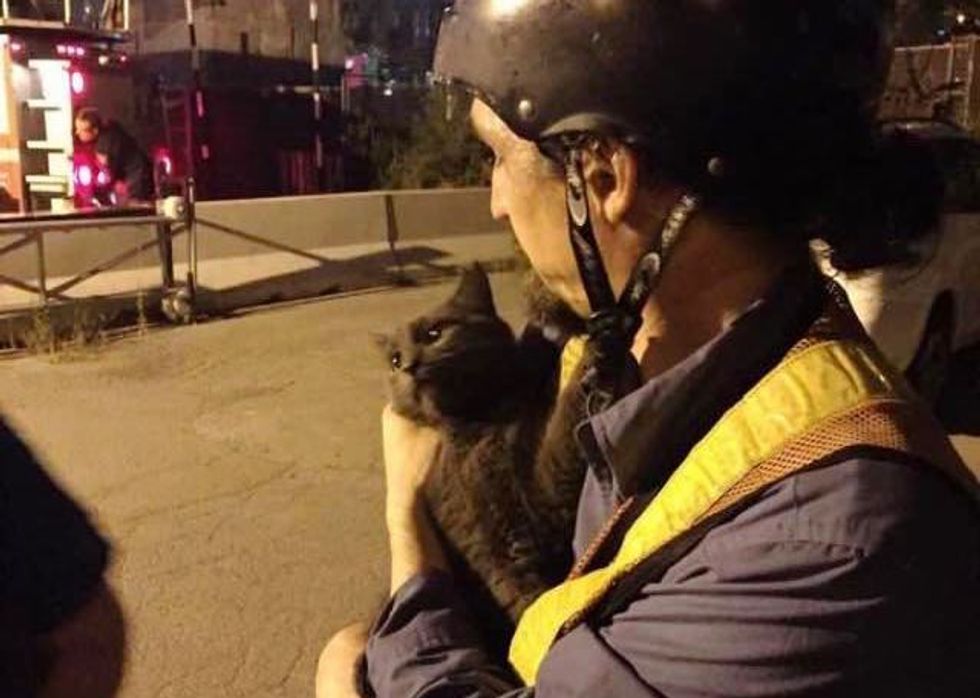 Louis Lemieux was taking a stroll under the bridge on Thursday night when suddenly he heard meowing coming from above.

A small grey cat somehow entrapped herself under the steel-truss cantilever structure. 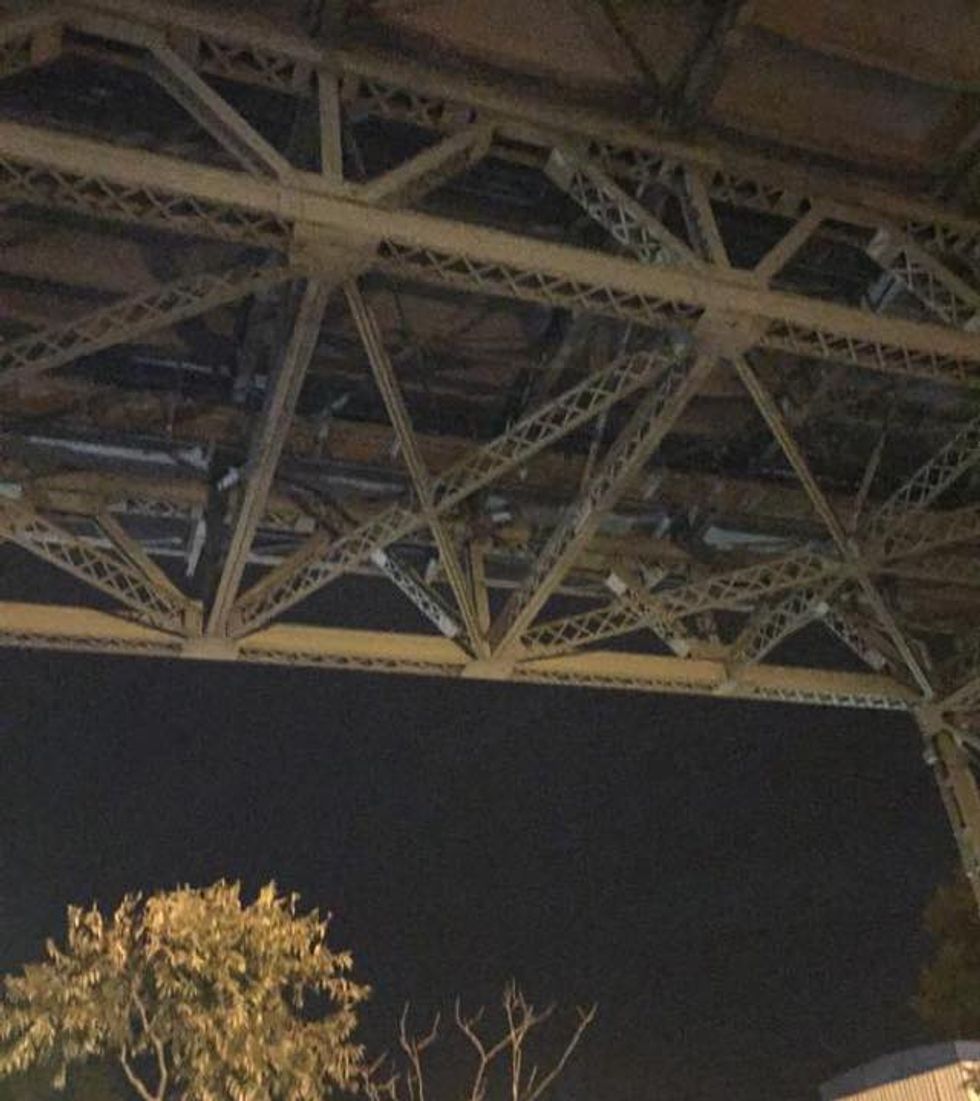 Concerned cat lovers including Lemieux started dialing any numbers they could find to get help for the kitty stuck in the tangle of steel.

"Somebody stopped by on a bicycle and went to the firehouse [three blocks away], and he came back and said the firemen can't do it on their own. They need an order," Lemieux said via CBCNEWS. 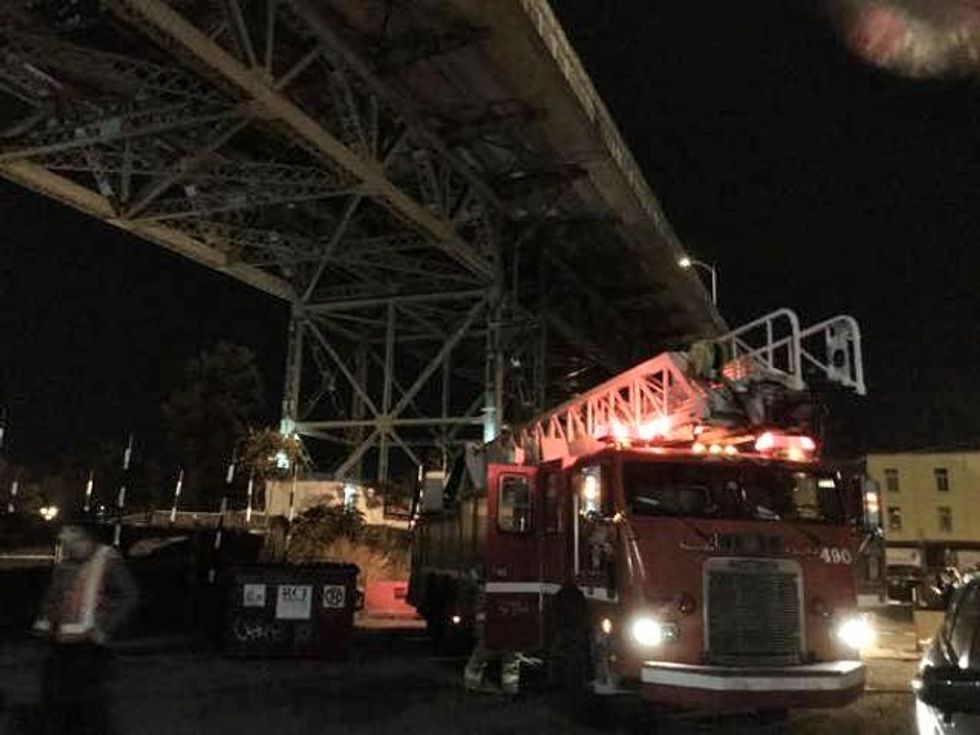 Lemieux went to social media to share the story, hoping it would alert more people to come to the cat's aid.

After a number of calls to 911 and Lemieux's live-tweets, firefighters eventually got the request they needed to rescue the cat.

They deployed a giant ladder to the premises. 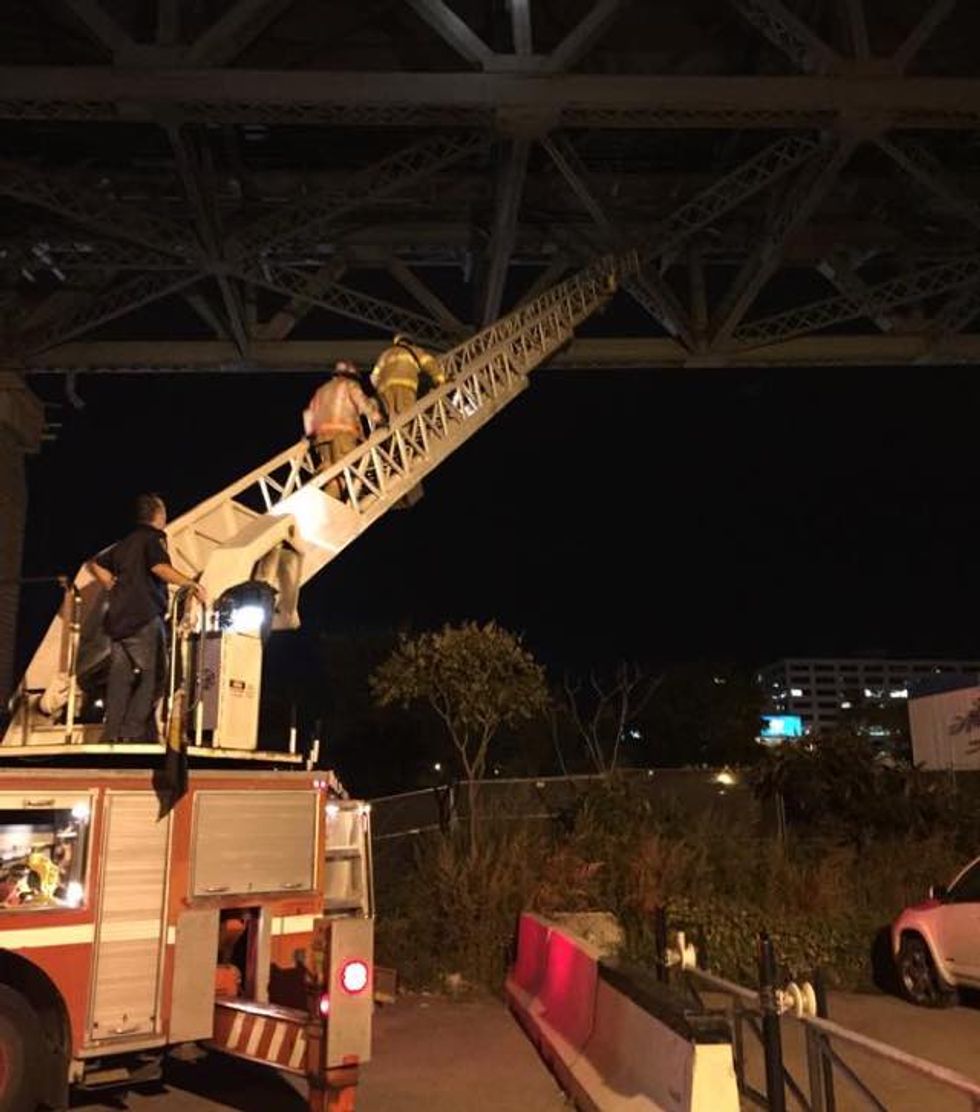 Rescuers successfully retrieved the cat from the bridge, but the frightened feline jumped out of the rescuer's arms and took refuge in the bushes. She wasn't willing to come out until Lemieux started talking to her.

It was then he knew the cat had chosen him. 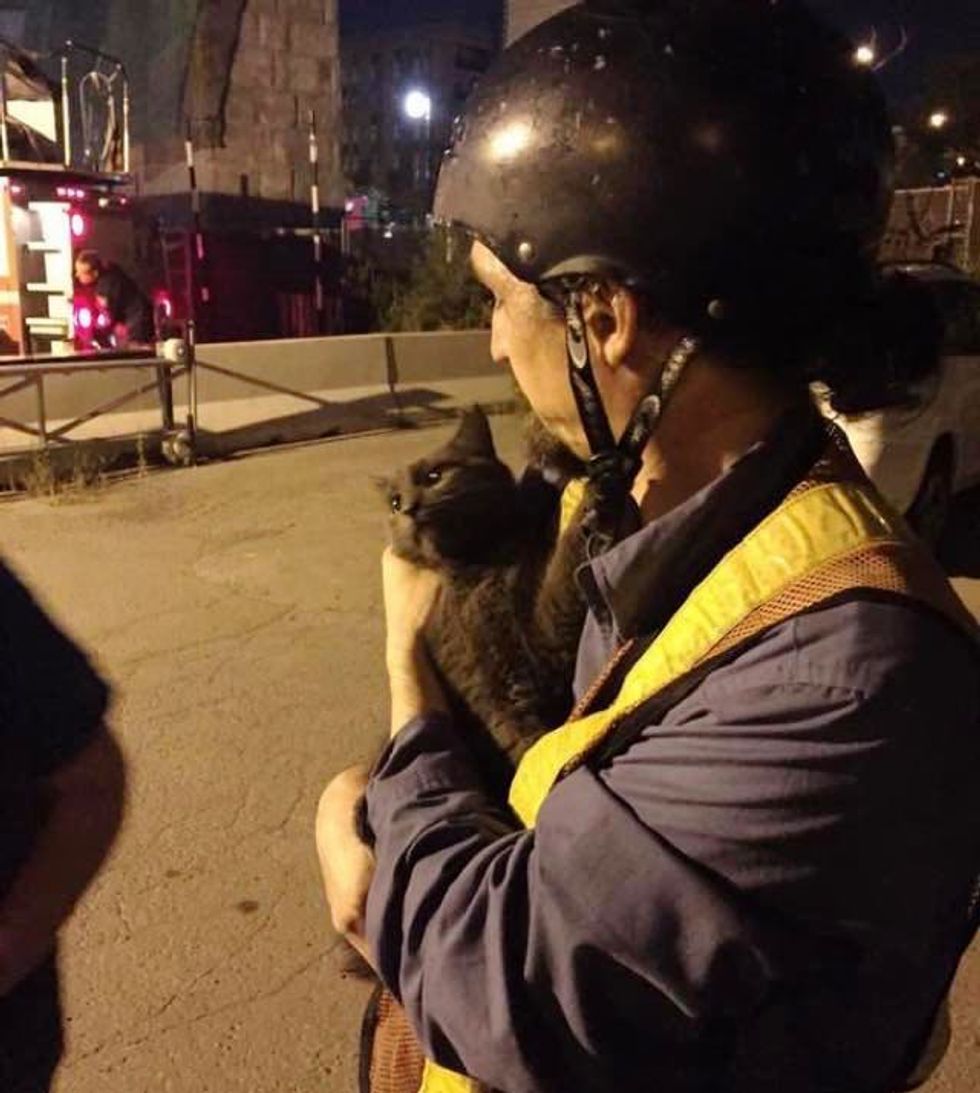 He named his new cat Josephine Charlotte and she’s already settled down nicely in her new home.

"She was really famished. She went through three cans before she could stop eating," he said. 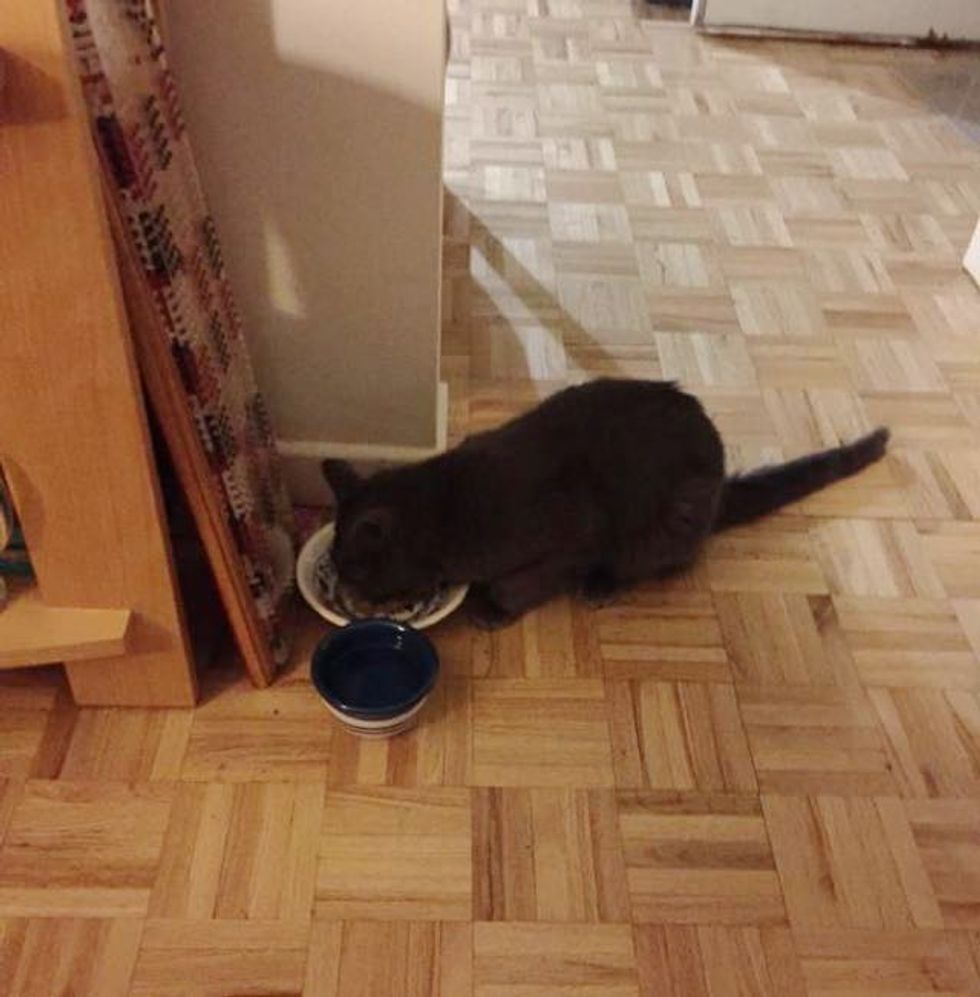 Josephine Charlotte is already very comfortable at her new home with the human she chose. 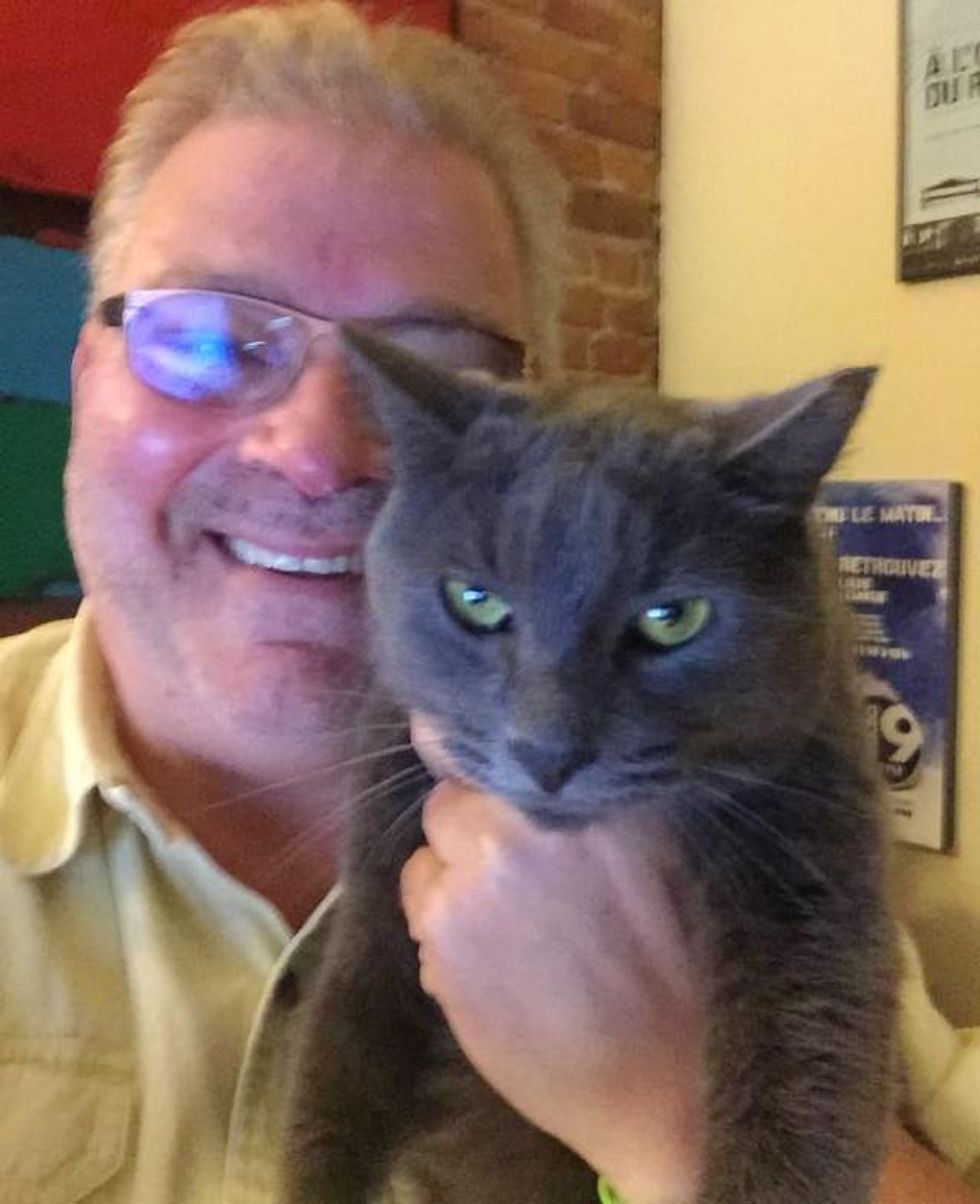