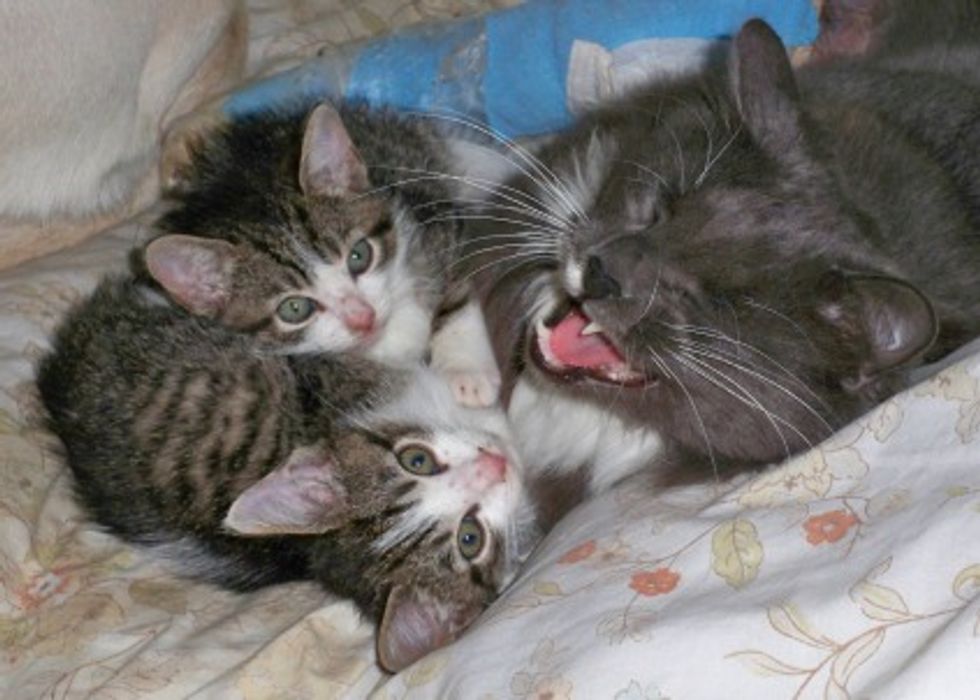 Cat Who Crawled Home with Injured Legs is Recovering

A kitty named Giggle-Blizzard who left home on November 15 last year, crawled more than a mile to get home after being hit by a car. This incredible story got attention from around the world. Today Giggle-Blizzard's cast is finally off his left leg.

Giggle-Blizzard is still recovering and regaining his strength since he has lost a lot of muscle mass due to the accident. He has gone through several surgeries to reconstruct his legs. It is amazing to see how resilient the little feline is for all he has been through.

Giggle-Blizzard's story has gotten attention from Animal Planet, People Magazine and has even been printed by media from other countries.

The response has been enormous. Hundreds of letters and emails have been received and $200 in total of donations have been gathered to help pay for the cat's medical expenses (the medical bills have been totalled at more than $4,200 as of yesterday)

What have touched Giggle-Blizzard's owner Tracie Steger the most is the stories from other cat owners who were inspired by Giggle-Blizzard's story when their own pets were missing and eventually returned home.

Giggle-Blizzard will have the other cast off in a week followed by a month of rehabilitation.

Donations towards Giggle-Blizzards veterinary care can be sent direcly to the clinic or called in via phone by debit or credit card:

Half Frozen Kitten Came back with a Warm Heart