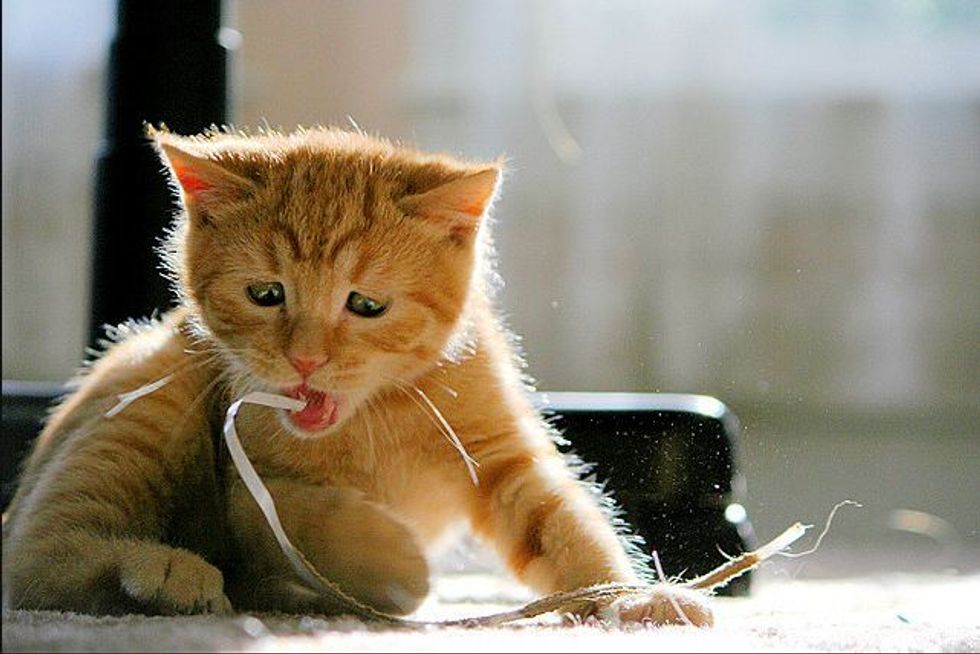 Charlie is a pretty fantastic cat. He was adopted from a rescue when he was about 10 weeks old. I wasn't actively looking for another cat but when I picked him up out of his cage and he let out the tiniest meow and then immediately fell asleep on my chest I knew I wouldn't be able to leave without him. Unfortunately, unbeknownst to me, he had a pretty bad case of ringworm but even as a baby he tolerated all of the baths and medications so patiently.

I really don't know how he grew so quickly from a tiny little fluffball to a huge 15lb lion of a cat who can barely fit on my lap (that doesn't stop him from trying though), but he has turned out to be the sweetest, goofiest, most laid back boy ever. He is kind of the peacemaker of the household and has yet to meet an animal or person that doesn't like him. He has converted many self-proclaimed cat-haters into believers, and one even went out and got herself her own little orange Charlie.

His interests include belly rubs, going for walks in his harness, wrestling/cuddling with his "sisters," and finding new exciting places to nap such as the top shelf of the closet (no idea how he got there), under the clothes in the laundry basket, and wedged between the refrigerator and the wall.

Really I think the world would be a better place if everyone had a Charlie :)