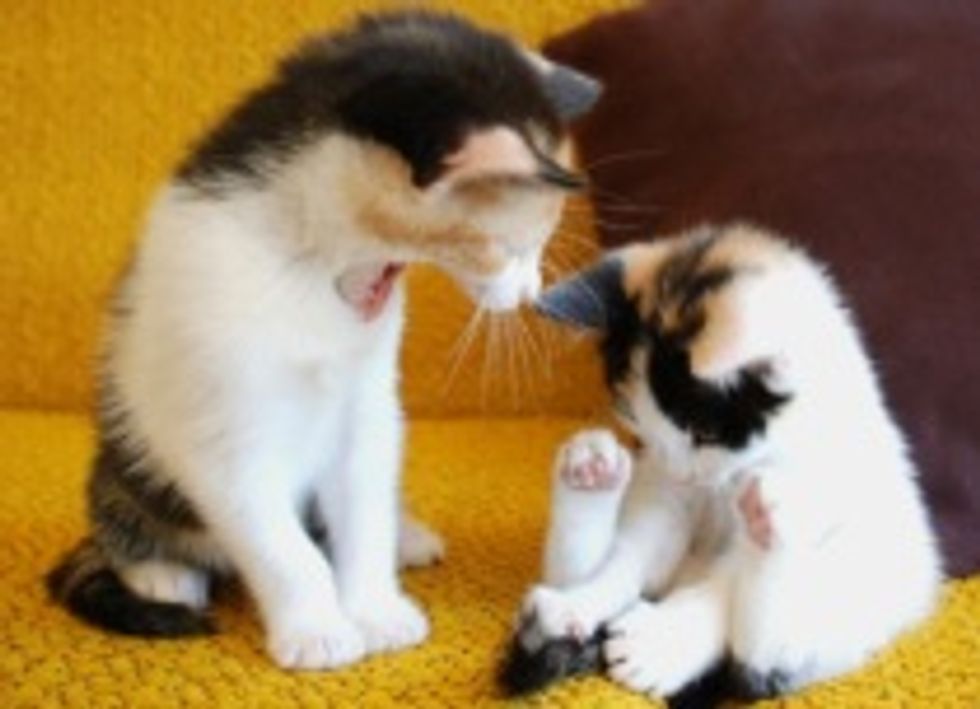 My partner Geoffrey and I wanted to adopt a cat from the SPCA, but when we found out that Geof's sister's family had been 'adopted' by a stray cat [named 'Lily'] who was pregnant, we decided to take two of the kittens from Lily's litter instead.

Lily had five kittens on 17 November 2008. Geof and I were overseas at the time but family e-mailed photos to us; we fell in love with all the kittens and it was difficult to decide which ones we would take home. After returning from our travels and spending some time with the kittens, we decided on the two females from the litter; Geof chose Coco and I picked Peanut.

By early January 2009, the kittens had weaned themselves and were ready to come home! We picked them up on 5 January 2009. The settled in very quickly!

Coco is very sassy and outgoing. She loves to be outside, and from time to time even manages to get onto our roof! When Coco is having a day outside, she comes into the house regularly to check on her humans. She loves treats. :-)

Peanut is very sweet but a bit shy meeting new people. She loves to be outside, too, but when she's inside, she loves to make little nests for her naps. When she wants a belly rub, she flops right over, where ever she may be, and stretches out