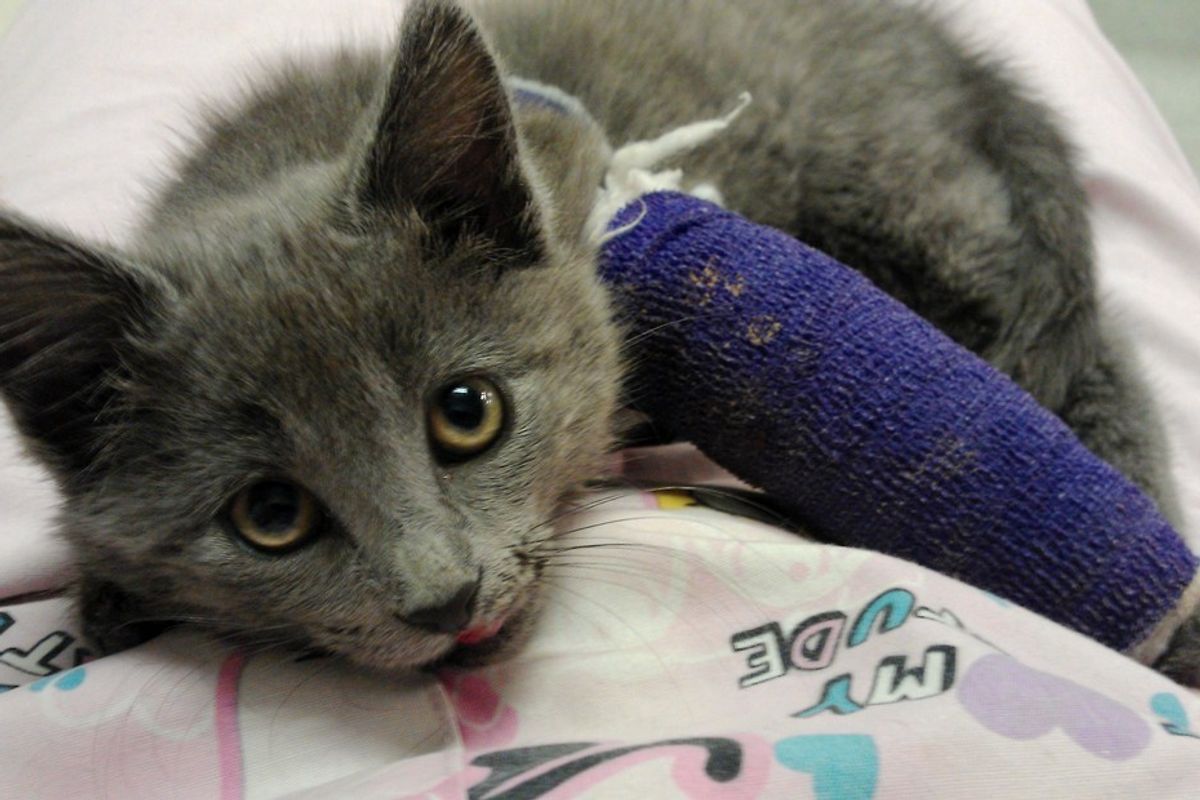 Woman Refuses to Give Up on Kitten Saved from the Road Even When Told to, Now 3 Years Later..

A tiny kitten, who was abandoned on the road, was saved by a woman who wouldn't give up on the kitty even when she was told she should. 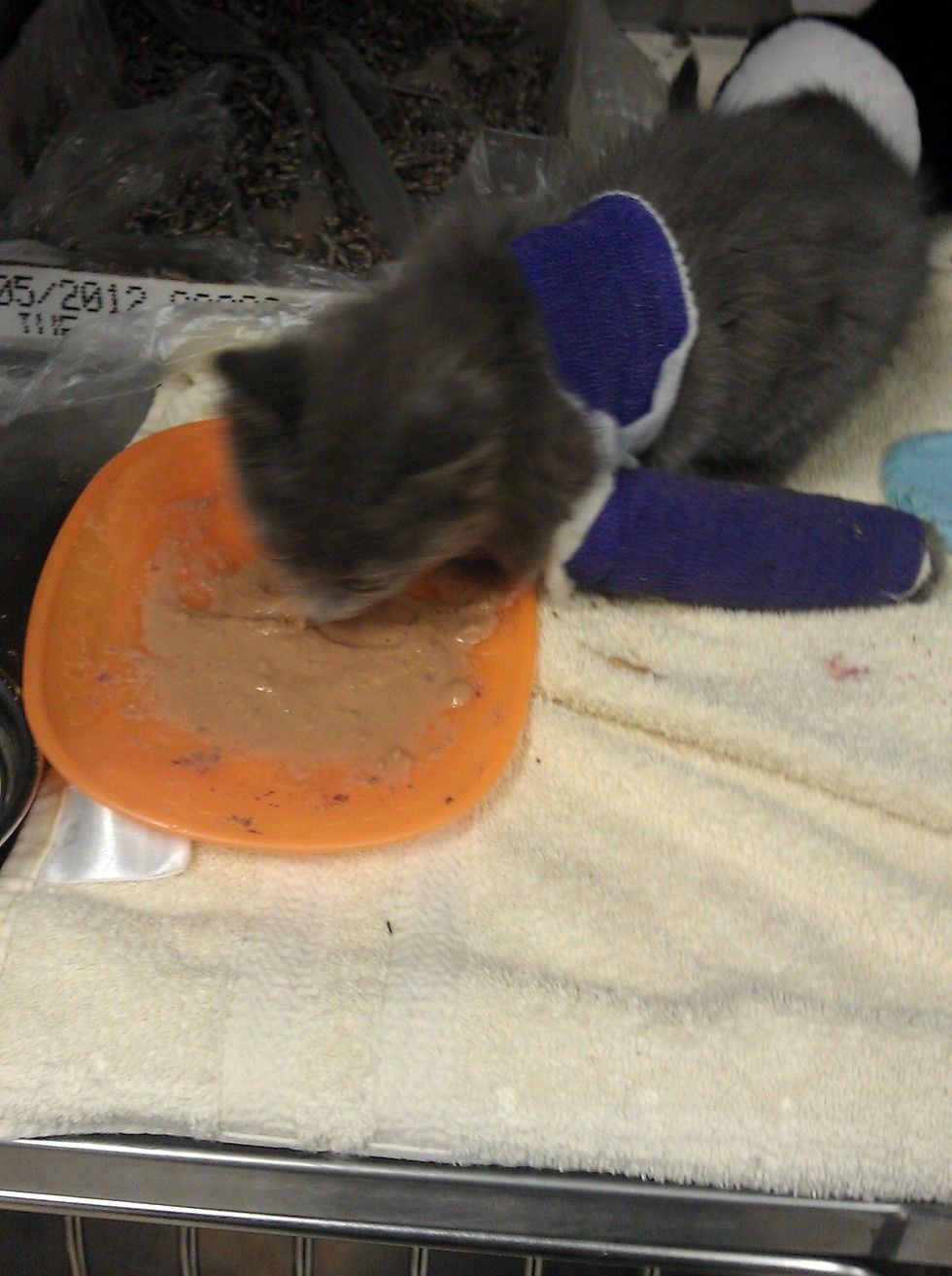 "This is Blu, we picked her up after she had been thrown from a moving vehicle," imgur user ashleycarter88 said. "She was eating very watered down canned food as she had substantial injuries to her jaw."

The tiny kitten was in terrible shape but she was fighting with all her power to stay alive. "She never gave up even when the vets said it might not be a good idea to try and save her."

The kind woman refused to give up. 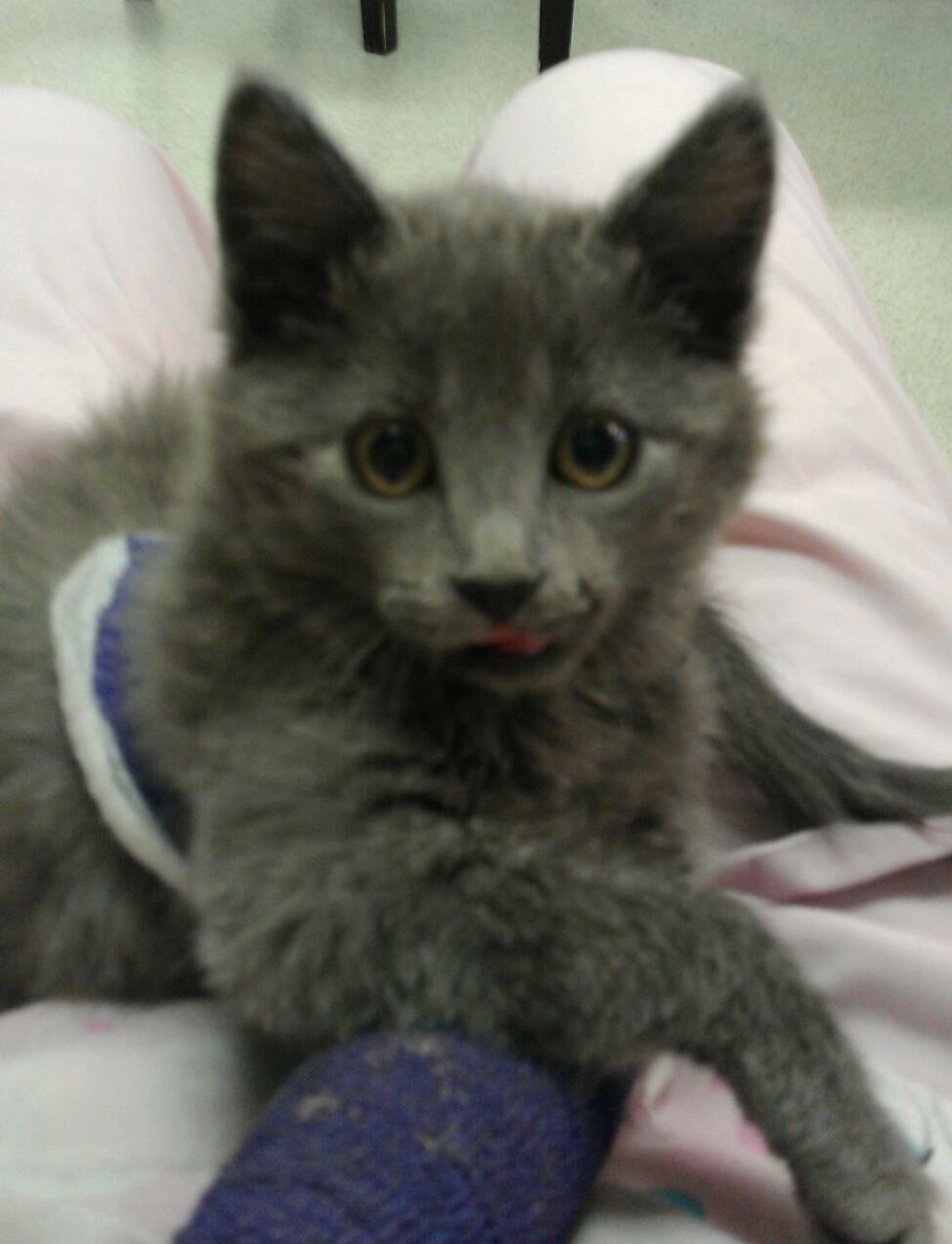 "Who could give up on this cute little thing."

She looked after the kitten and gave her lots of love and TLC. Little Blu cuddled up to her human friend and wouldn't let go. 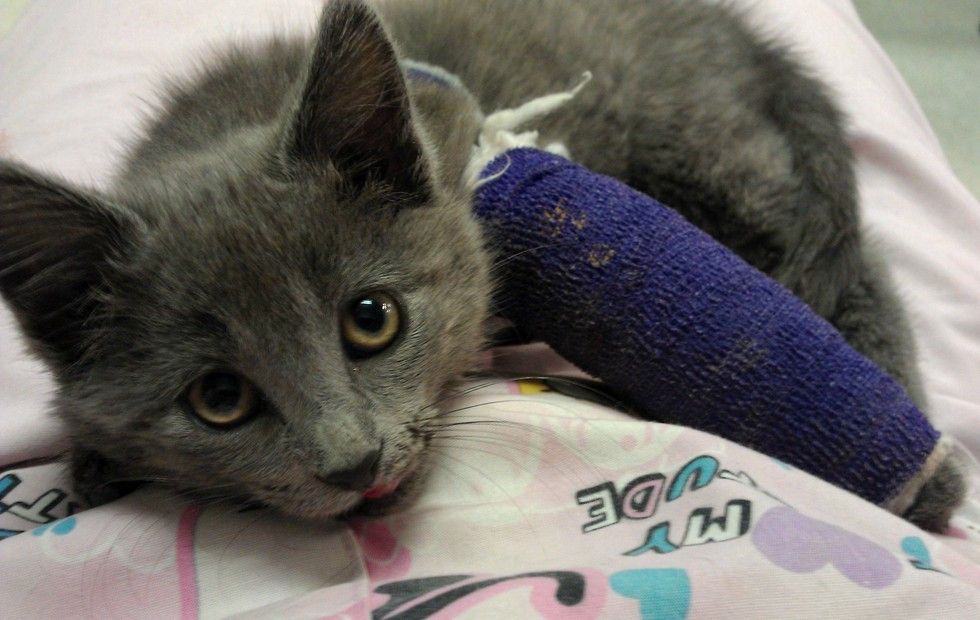 "Her left front limb was to badly shattered to be saved so it had to be amputated. When they had her under it was also discovered that her broken top canine teeth were embedded in the back of her tongue. She hit the pavement really hard. Lots of antibiotics and pain meds for her."

The little buddy began to heal. She was so happy every time she received love and attention. Even without a leg, she was always cheery and purring. 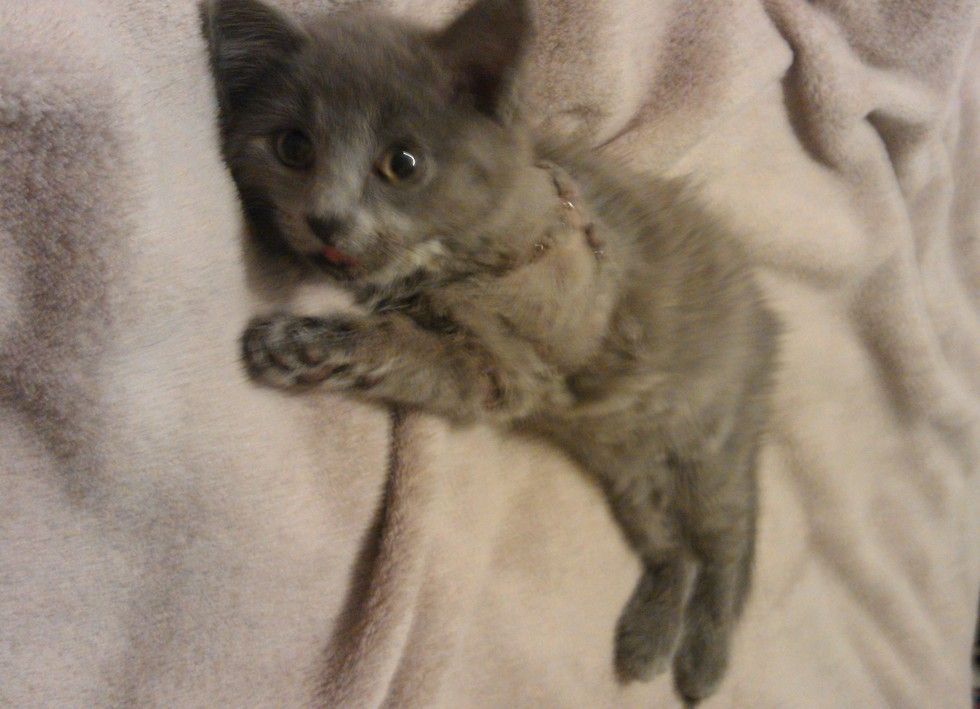 A few weeks after surgery, she healed very well and even found a new best friend at her forever home. 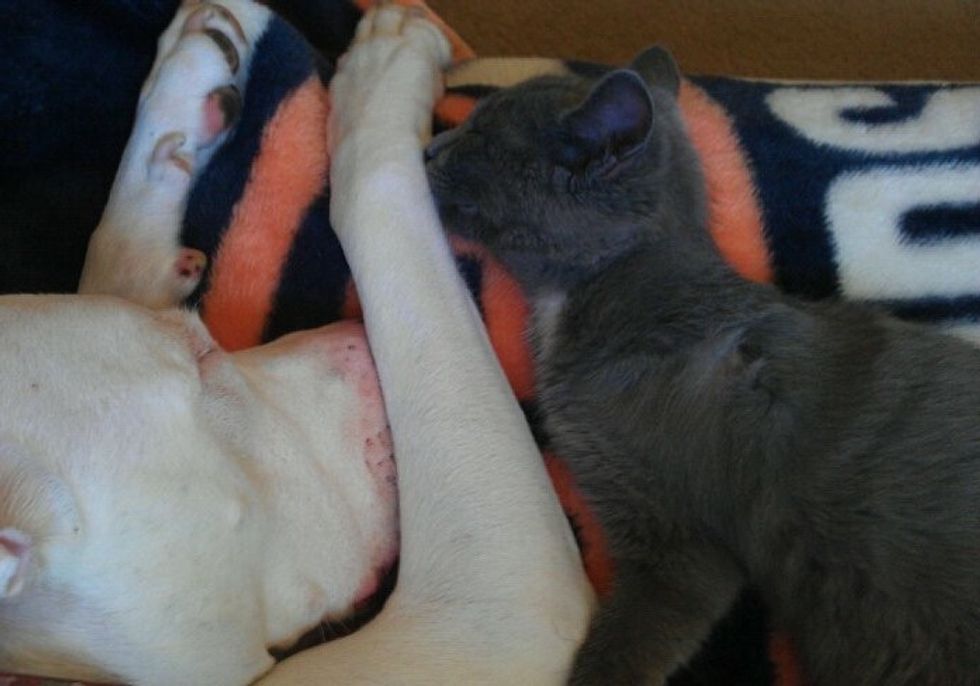 Three years later, she is happy, healthy and loved.

"We couldn't be happier with the choice we made to fight for this little girl." 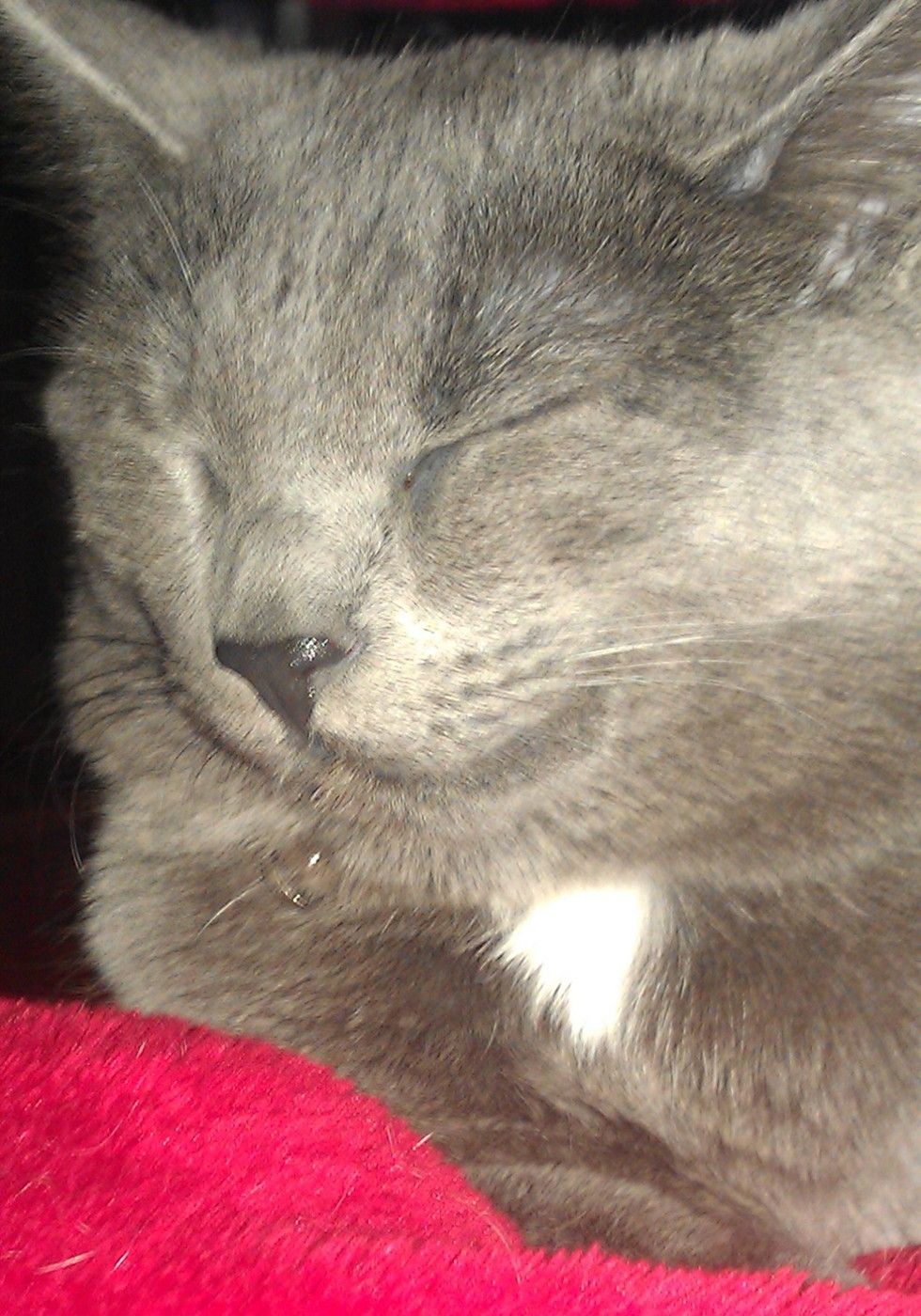