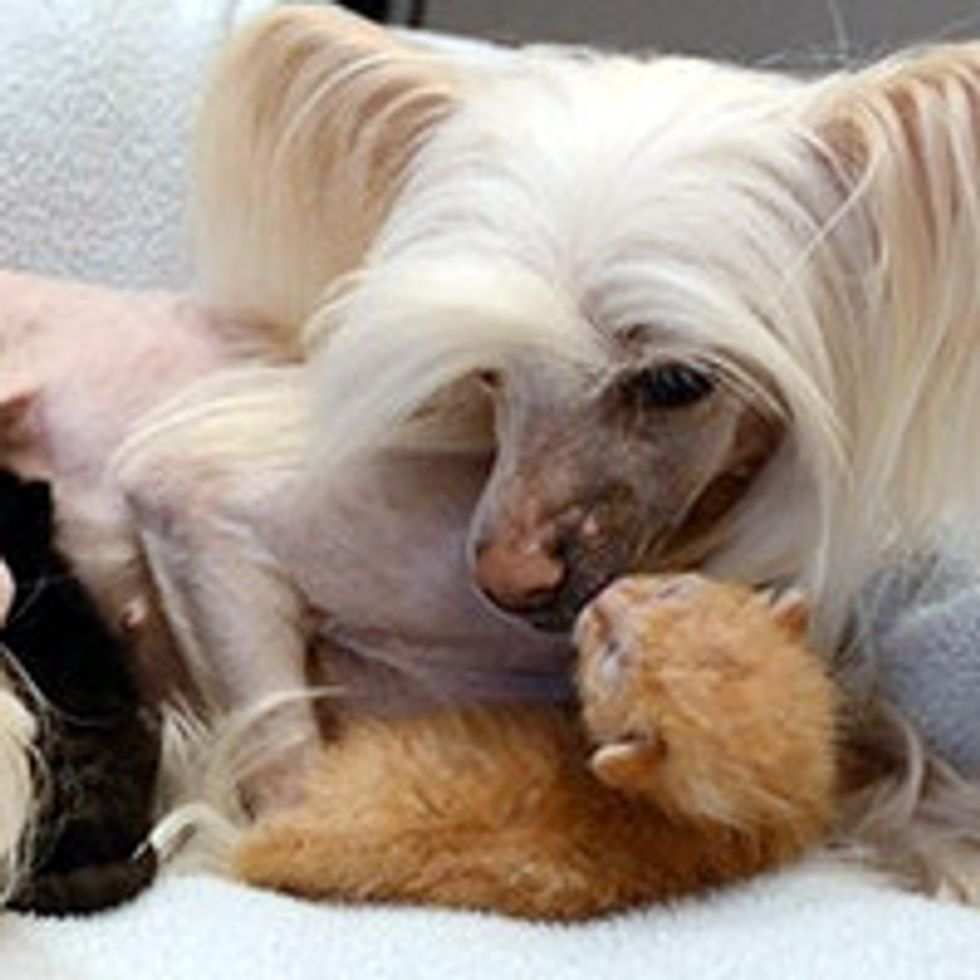 Two tiny 5-day-old orphan kittens have found a new mom, a dog named Zelda, who became the mother they never had.

"The five-year-old Chinese Crested has 'adopted' two young, stray kittens that were abandoned by their mother and brought to the Burlington Humane Society."

The kittens are very young and require specialized care. Heather Ashcroft-Hill decided to foster the two baby kittens and feed them around the clock but her dog Zelda thought she would offer some help.

"I let her see one kitten and let her sniff it, and she immediately started to lick it and nuzzle it. She went to the other kitten, who was still in the carrier and immediately tried to get in with her, which was hilarious because the carrier was the size of two kittens. I got a bigger container for them, and she immediately got to work and cleaned them head to foot, and cuddled them," she said via insidehalton.com.

The two kittens are thriving having two care takers there for them at all time. "It provides psychological well-being and comfort," said Adrienne Gosses, shelter manager. "Normally, we just have people hand feeding them and we give them a stuffed animal to snuggle with. That does not compare to the love and attention and affection that Zelda gives them. That makes them well-rounded kittens and helps with their brain and behavioral development."

The kittens will be up for adoption when they are big enough. You can follow their updates on Facebook.

Her name is Zelda. She took them in and started caring for them like her own